2018 Retrospective of a Newbie

In July of this year Games Workshop released Warhammer 40k Kill Team, the small scale skirmish game where you could play with a single box of infantry. I had always been mildly curious about miniatures and during my teen years bought some Tau and Battle for Skull Pass, painted maybe six total miniatures, then stored them in the closet. The ‘low’ cost investment of just a rulebook and a box of Plague Marines and Poxwalkers seemed like a decent time to try it again, what could go wrong?

I ended up really pleased with how my Nurgle kill team came out, I went with a nice purple and green scheme that really pops on the table. I actually got to play a couple games with them which is rad! Looking back I would actually do highlights and do some gap filling on the Poxwalkers but otherwise for my first real miniatures I’m really satisfied with them. 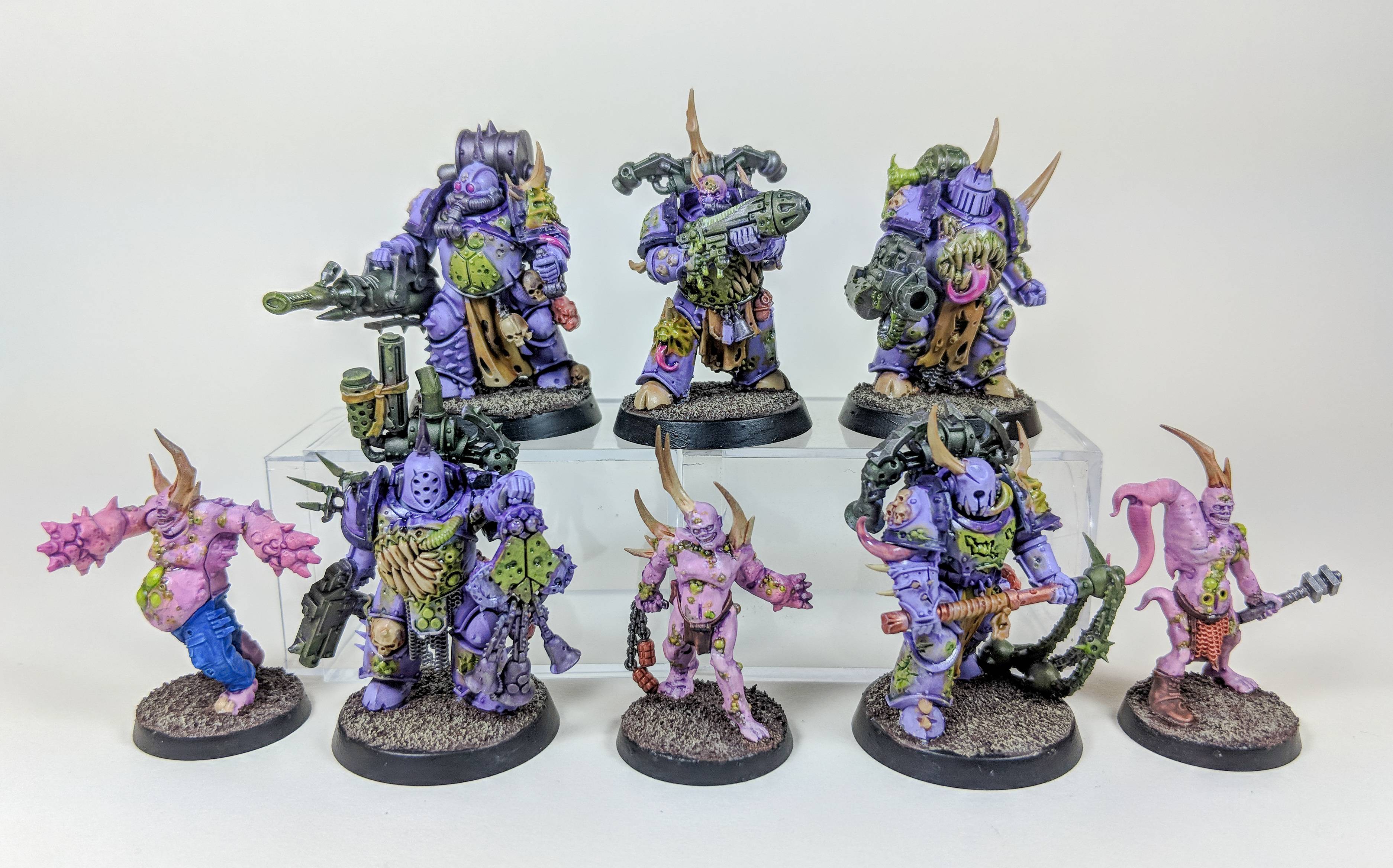 After finishing my Nurgle kill team I looked around at other stuff to potentially paint for kill teams and picked up a box of Genestealers for a Tyranid kill team. With these I took inspiration from blue lobsters with a good amount of mottling which turned out pretty well. The limbs on the Genestealers make moving them together a big mess and would work better on 32mm bases, which I have plans for adding base extenders in the near future. This batch of miniatures is where my idea for a crustacean themed Tyranid army started. 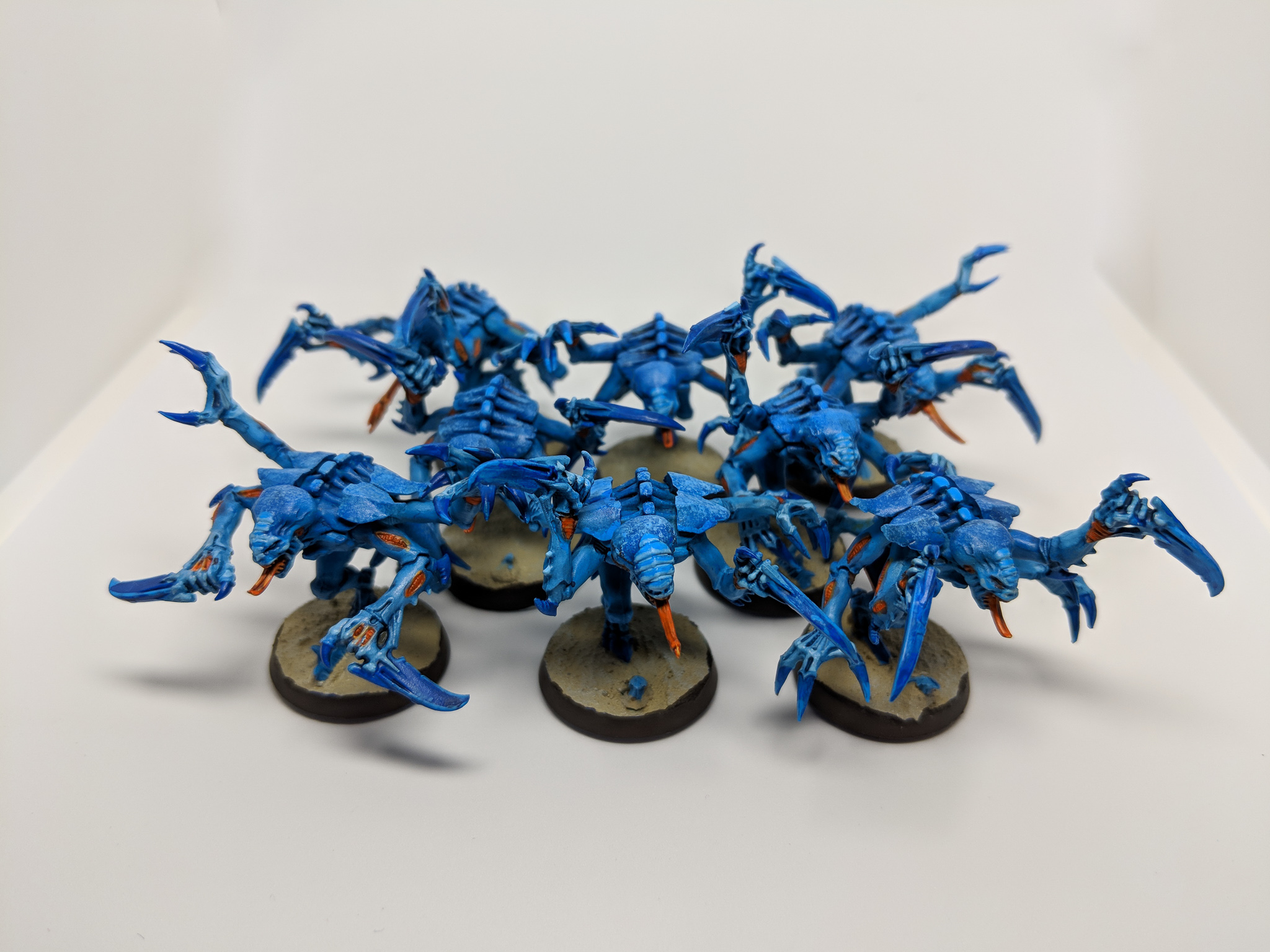 I picked up a four pack of Ork Boyz with the aim of painting just a very few models and trying to learn how to paint skin. I think my attempts turned out pretty well and I had fun playing around with Blood for the Blood God technical paint. 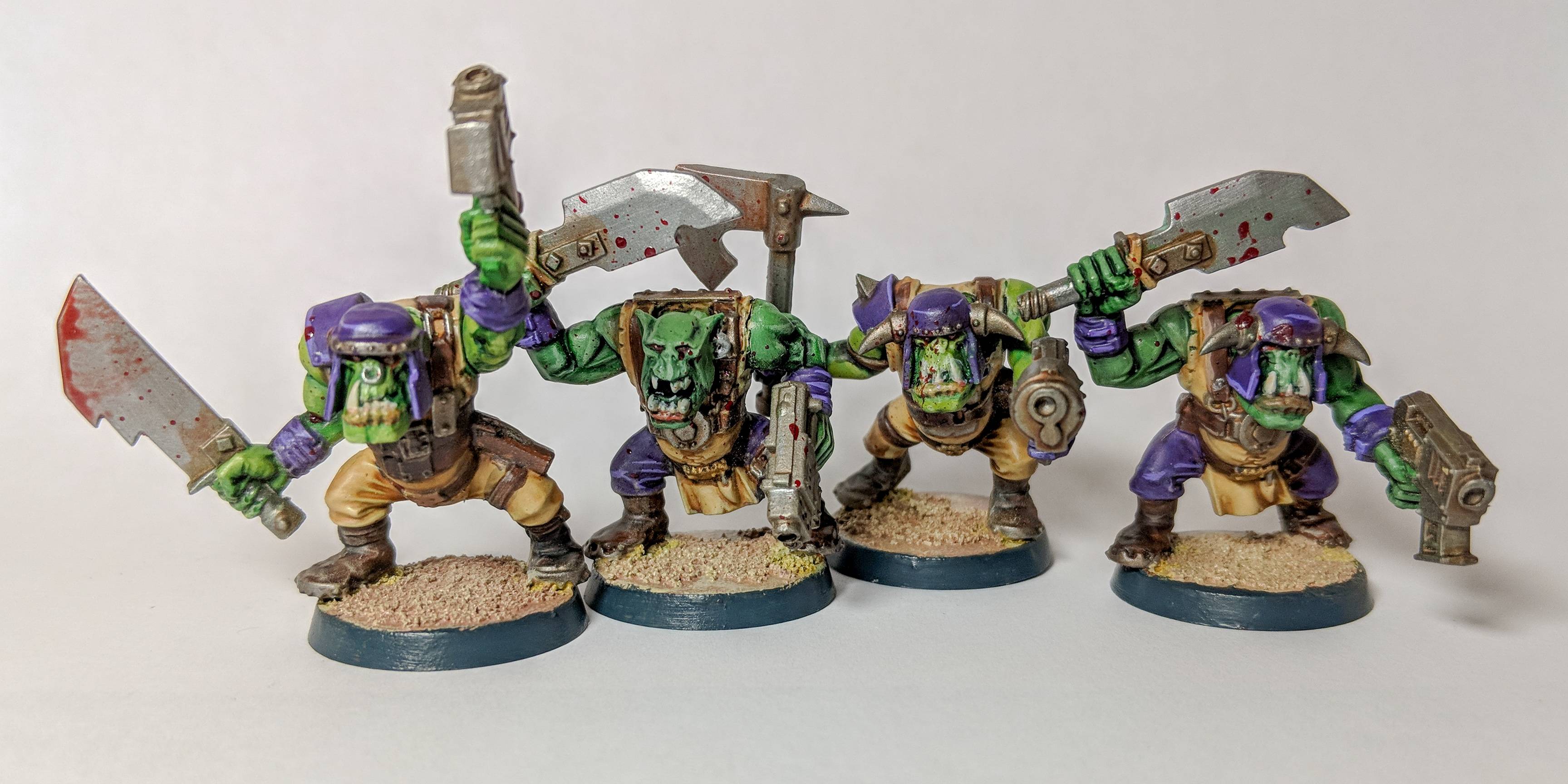 Who doesn’t like cool robots? Well, not Imperial Knights because they’re lame. Actually it’s just the Questoris class knights that I really don’t like the look of. Either way, this is where my desires between an Ork army and a Tyranid army came into conflict. Oh, also remember how I kinda just did kill teams until now? Woops now I want to build an army. Games Workshop’s trap sprung.

At some point during my musing on creating an army I eventually thought of the idea of doing a Genestealer Cult and Tyranid allied army with the cultists rebelling in a primarily naval industry hive city (sailors) and the arriving Tyranids emerging from the depths (crustaceans). I picked up Tooth and Claw because of an Ebay coupon and it was kind of a lock for my 40k army. With that I painted up a unit of Acolyte Hybrids and an Acolyte Iconward, using yellow and orange as main colors to emulate the bright colors modern sailors might use for high visibility. About this time an Ender 3 3D printer was set up and I printed out some kicking rad bases which I’m super pleased with. 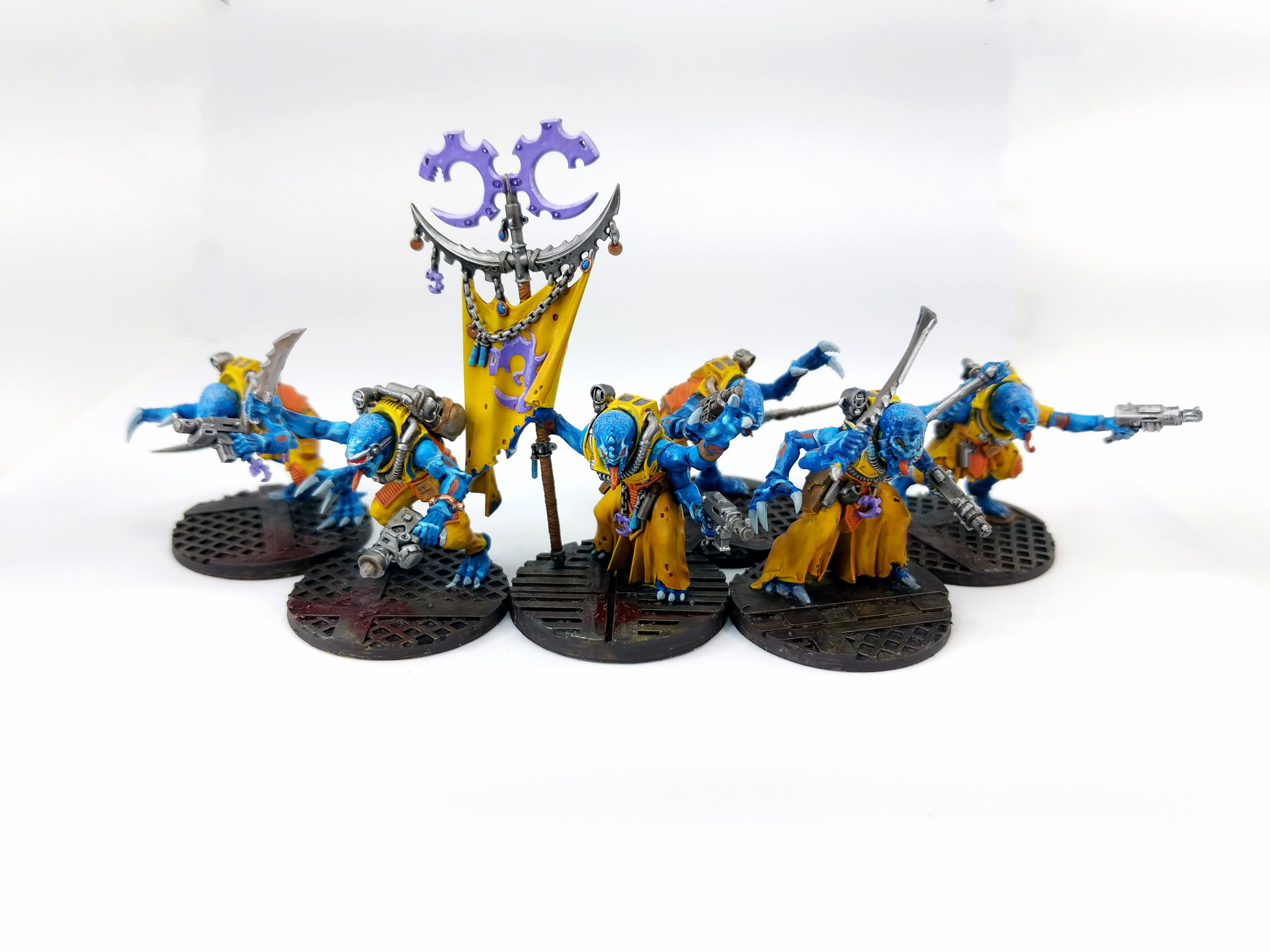 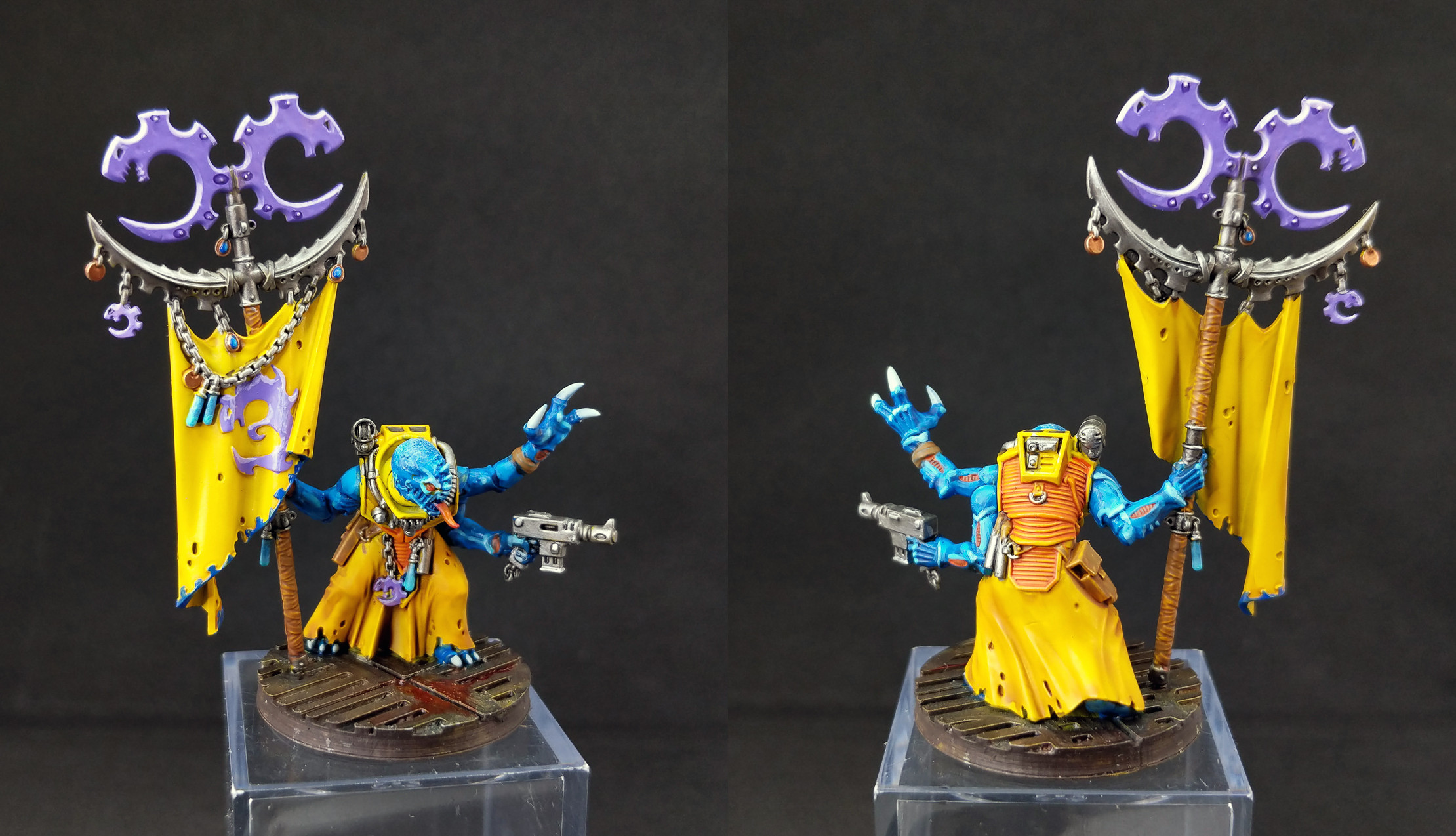 At this point I felt pretty confident with the basics and wanted to expand my horizons a bit. Blending seemed like a good place to start as until now I had been doing basic edge highlighting on everything. I had an extra Plague Marine sitting around that was a good test model to build up areas of really bright green. In addition I followed along fellow goon Richyp’s object source lighting tutorial for the plasma pistol which turned out well enough. 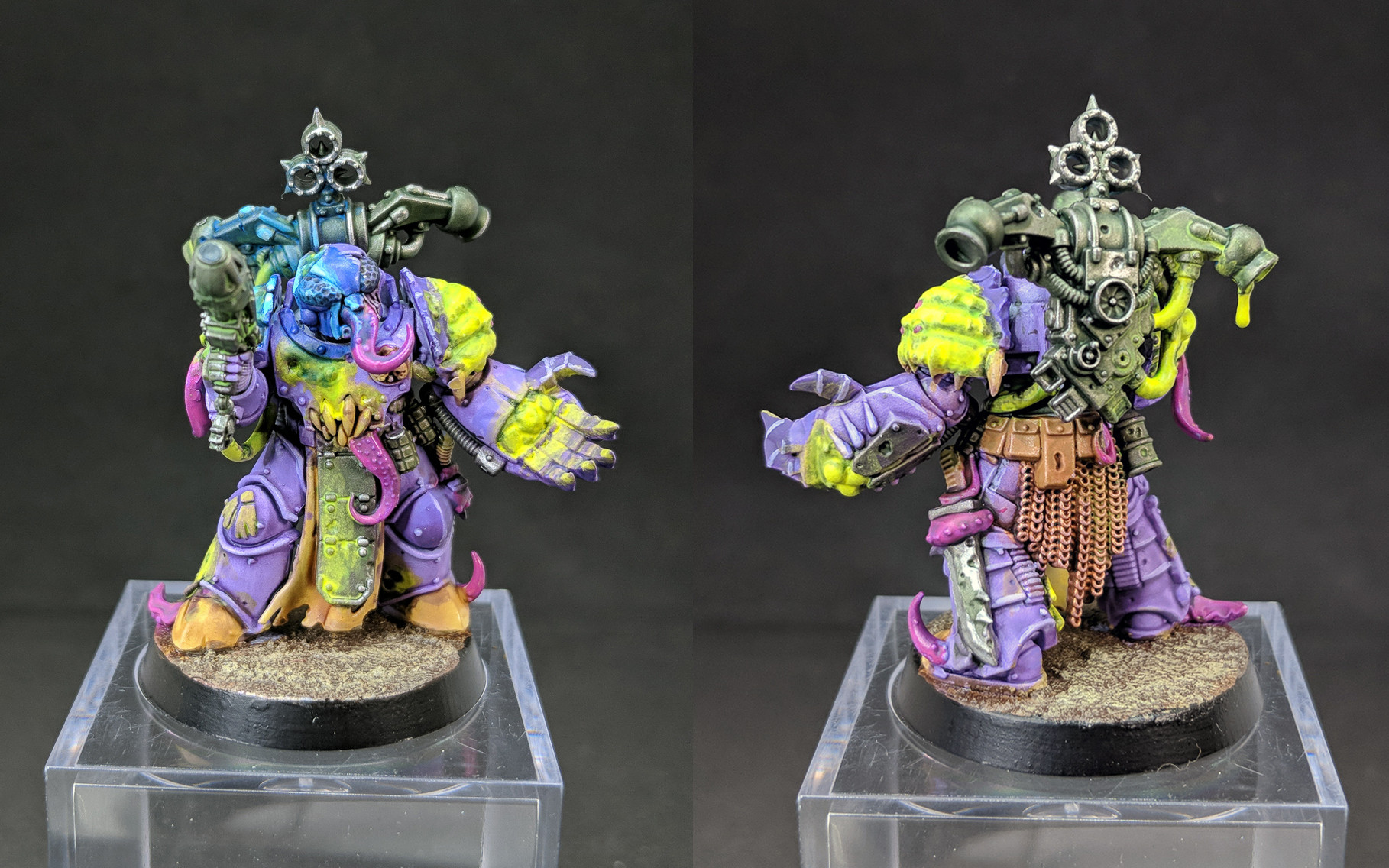 Ugh, I picked up a second army. Seraphon had a Christmas battleforce box so… dinosaurs. I did a test model Saurus which I’m super pleased with. 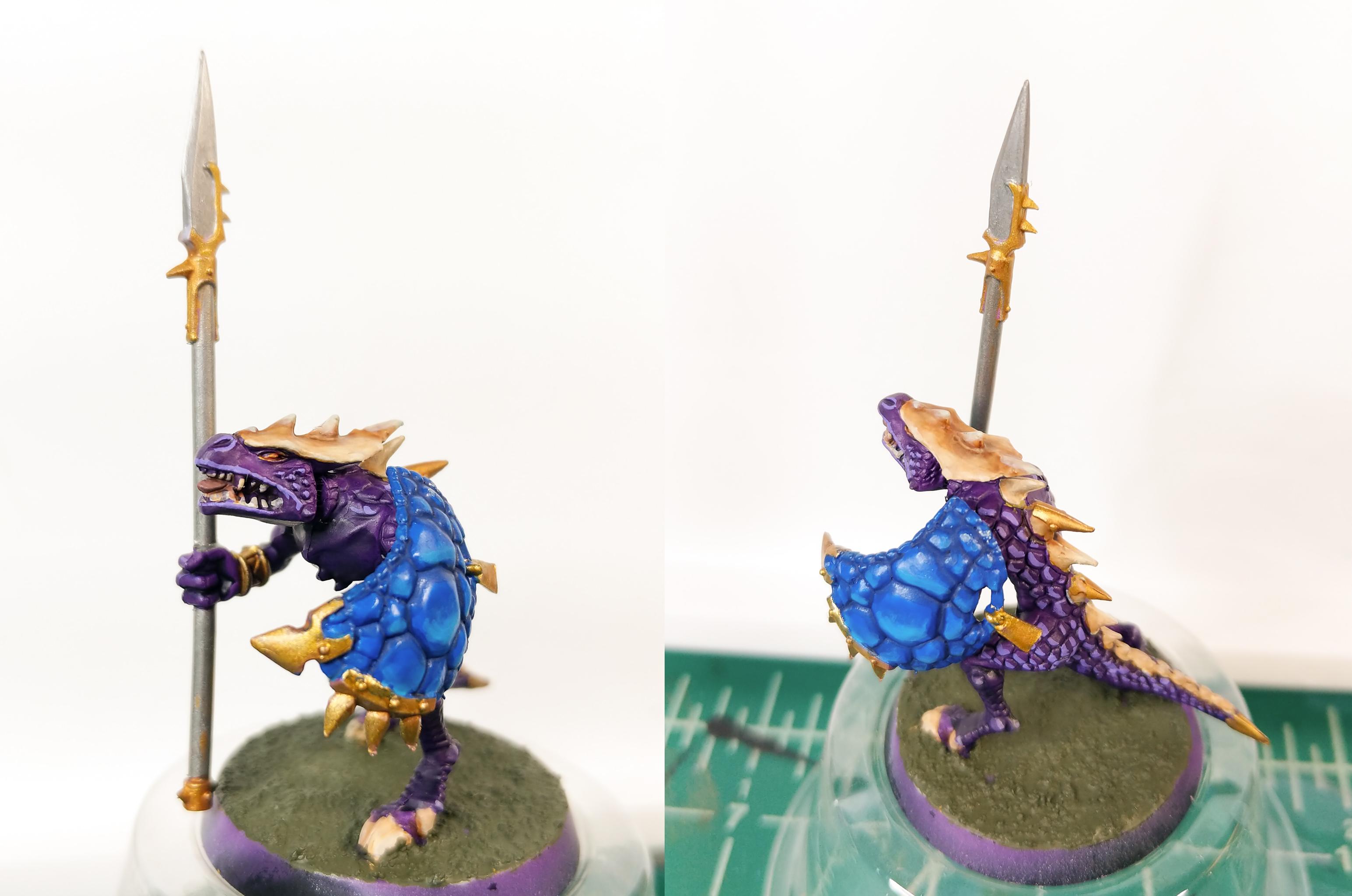 Going forward into 2019 my plans are to finish painting my GSC/Nid army and Seraphon army and play at least one game with both of them. I’ve got a lot already basecoated so we’ll see! 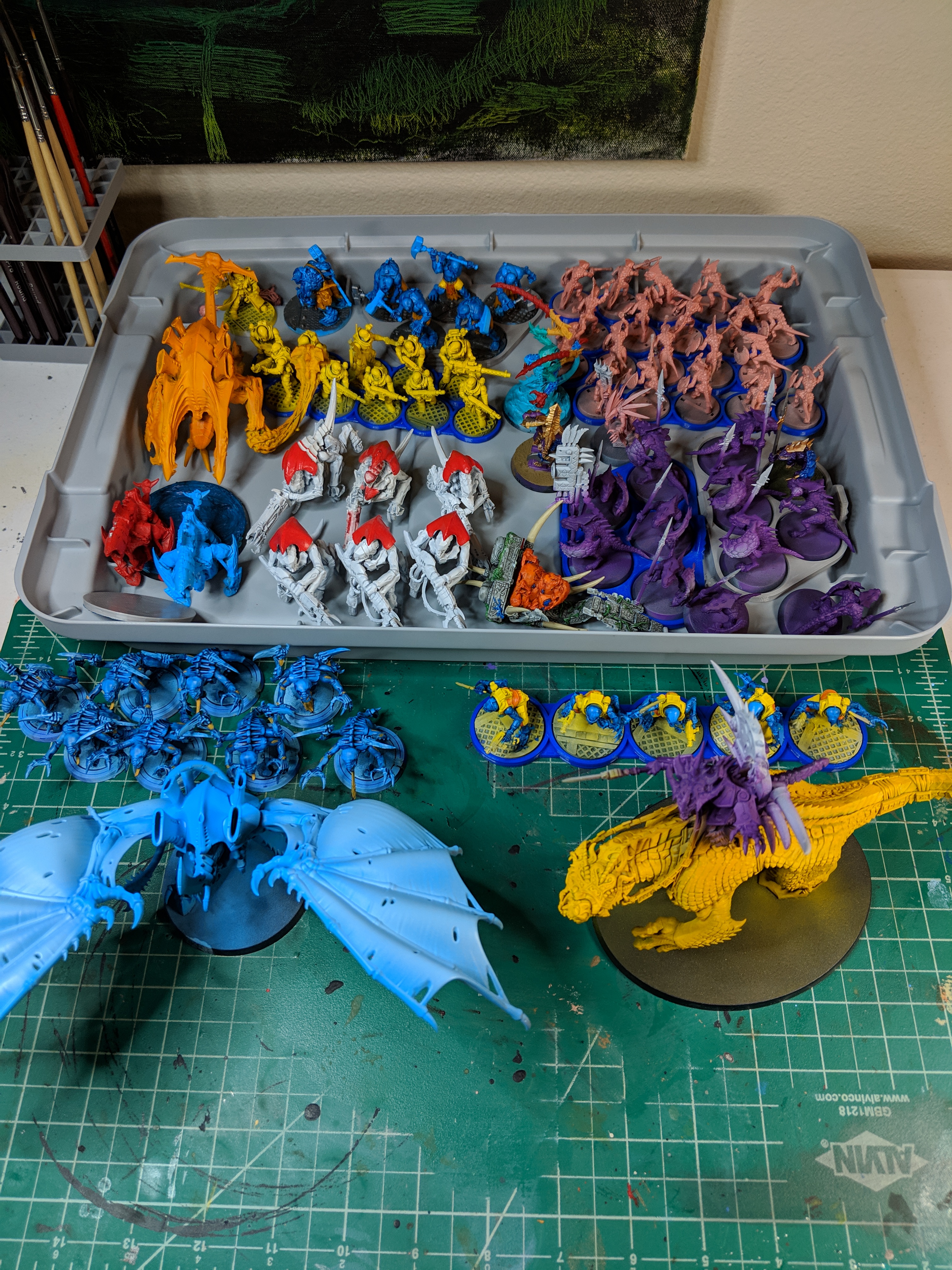