The Sisters of Battle box set is released, and I, Coda, have challenged my friend Mckee to paint as many he can of his two boxes in 24hrs, while I paint a chaos warband to fight them at the end of the stream.

There will be guests (including Goonhammer authors) calling in, a formal debate about pizza vs BBQ shapes and more.

It’s all going down on my twitch channel here at 3:30pm AEDT on the 30th of November, that’s 4:30am UK time and 10:30 pm the previous day US Central. Look for the two idiots below: 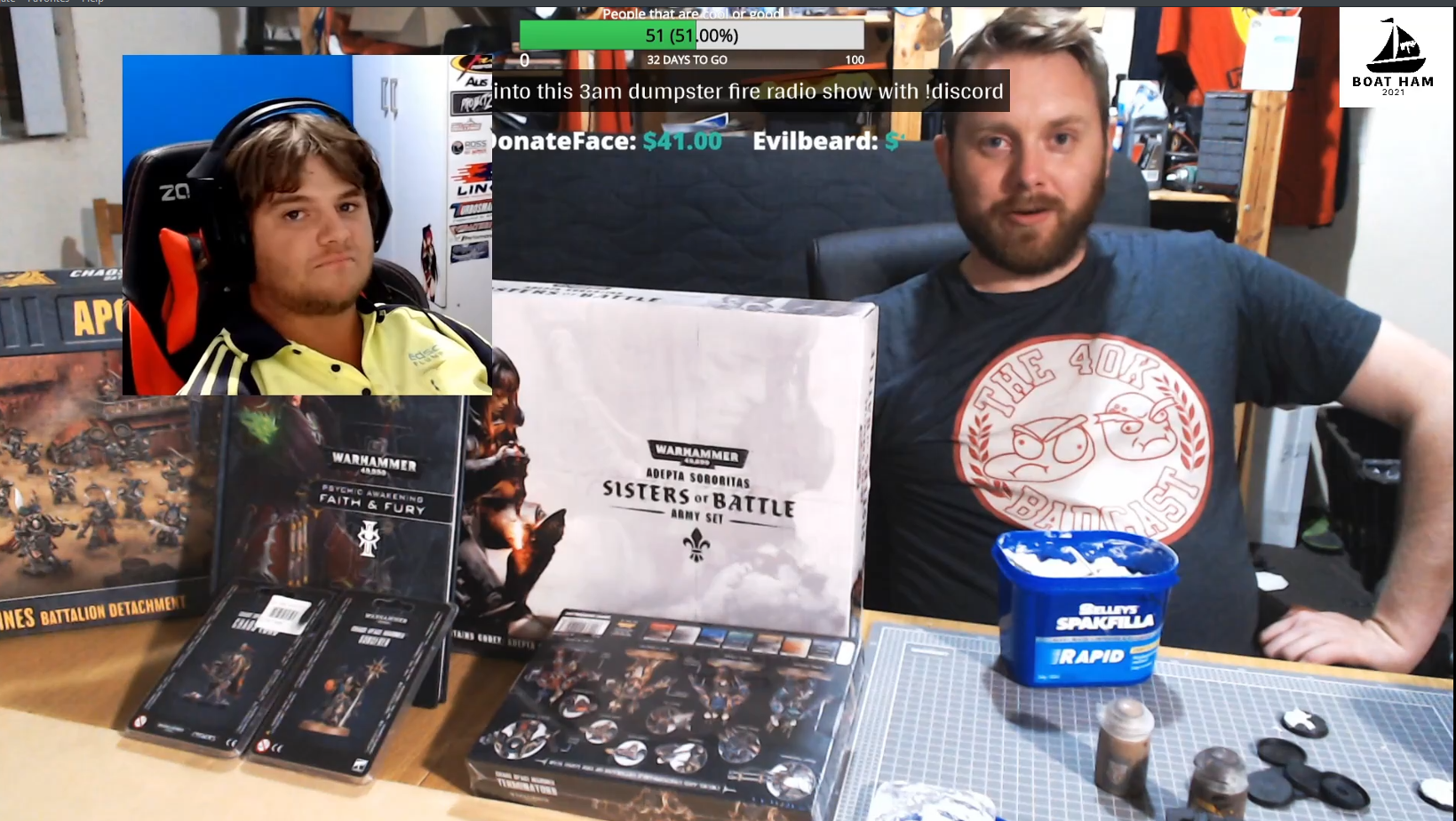 Said idiots in action. The Mckee will be there in person rather than bodiless warp projection.