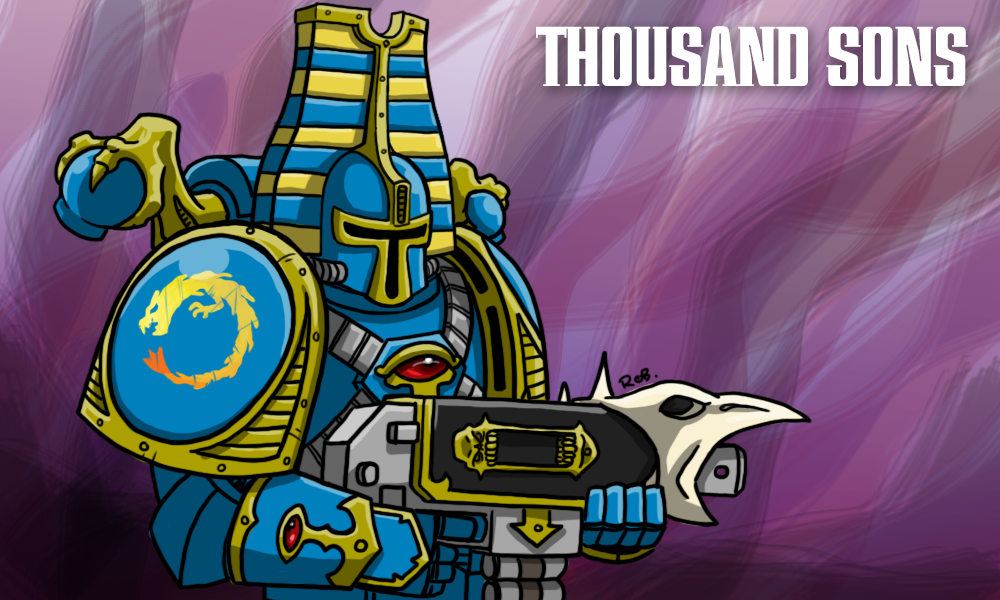 In today’s article we’re going to be looking at the Thousand Sons, and examining how things have shifted for the faction in the wake of these changes. If you want to read more in detail about the tactics and strategies of the Thousand Sons, you can check out our recently published Start Competing: Thousand Sons article. 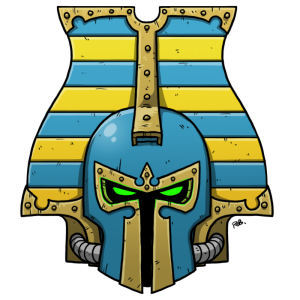 Having one of the few reasonable codexes in a sea of 9th edition madness – the faction has yet to see a single nerf – the Thousand Sons were an army that could on occasion still show flashes of competitiveness while mostly hovering above the 50% mark, making it a low tier 2/high tier 3 faction. Part of that success was owed to Scarab Occult Terminators, the faction’s best unit, and the rest was owed to some solid offensive output through mortal wounds and a ton of AP-2 shots. The biggest hurdle to the faction’s success was arguably the ascension of Adeptus Custodes, as the Emperor’s Chosen having a 4+ feel no pain save against mortal wounds and the ability to take Abhor the Witch made that matchup a nightmare. Before Custodes rose to prominence, it was Drukhari–with their lightning quick multi-damage melee weapons–that presented the biggest challenge for Thousand Sons players.

With the new dataslate it’s a whole new world for the Thousand Sons. Key enemies have gotten worse, while the faction itself has gotten a tremendous boost. And the result is that the Thousand Sons are poised to wreak havoc in a wide open meta game, and will easily jump a tier in the new meta.

First, there’s Armour of Contempt, which reduces the AP of incoming attacks by 1 on all HERETIC ASTARTES units. While this is a boon for many factions, it hits a little bit harder on Thousand Sons, thanks to the way it combines with All is Dust. Now Rubric marines with a toe in cover effectively have a 0+ save against 1 damage weapons, requiring AP-4 attacks to even get them past their basic armor save. And Terminators drop all the way to a -1 Save in cover. That’s great for our best units, and it also happens to help out the faction vehicles as well. It doesn’t so much affect Tzaangors, but they were all relying on a 5+ invulnerable save anyways. Moving forward, the path is clear: Terminators, and lots of them. Add Rubrics to taste.

If there’s a downside to all this durability, it’s that it makes many of our enemies tougher as well – AP-2 guns look a lot less deadly when they’re being reduced by 1, but the flip side of that is they’re still pushing through AP-1 after the reduction, and we can more than make up for that reduced impact with mortal wounds. The widespread AP2 is still helpful in a meta where Craftworlds and Tyranids (especially the latter) are enemies that every army will have to deal with.

So which match ups do Thousand Sons need to worry about now, and which ones are theirs for the taking?

With the ability to toss out a ton of mortal wounds and great durability, the Thousand Sons should match up well against most Space Marine armies. They’ll make quick work of many Death Guard lists, where the added durability is completely bypassed by turns in which the army can spit out 15+ mortal wounds (and that’s even before the Orrery shuts off Disgustingly Resilient). T’au are also a match-up where Thousand Sons can do well, as the army – particularly with Cult of Duplicity – has a ton of mobility and ObSec Scarabs will be a real pain to chew through. Armour of Contempt also provides real value against Admech, and the changes to indirect make the Ork matchup more manageable. Bricks of buffed Rangers are a terrifying threat to most units, but are a lot less scary to Scarabs when you’re taking 2+ Saves against their volume of firepower.

The new Tyranids are going to be a real problem for Thousand Sons, as they have tremendous psychic power of their own and the ability to negate Brotherhood of Sorcerers with Shadow in the Warp. Going up against them will require taking units whose job it is to soak up mortal wounds by virtue of being the closest models, suddenly making cultists a more reasonable choice. Harlequins will also likely continue to be a problem – while Thousand Sons are more durable and the Harlequins are vulnerable to mortal wounds, they’re also still as likely as ever to get off early charges and cleave through models. Craftworld Eldar matchups vs Thousand Sons come down to the list choices each player has made and their experience with the matchup. Thousand Sons matchup well into some common Hail Of Doom lists that go heavy on volumes of 1 damage firepower, but CWE builds packing heavier firepower can be a real problem for Scarabs… especially if they get off Jinx (don’t forget your 3d6 deny).

Grey Knights are also a major problem, as they now have Armour of Contempt as well and just as much capability to throw out mortal wounds, plus the option to take large Paladin squads filled with 3-damage hammers that are functionally immune to Thousand Sons shooting. And finally Sisters will continue to be a problem that you have to play around, since the ability to deny psychic powers on a 5+ means just cutting off one third of your casts. Ultimately while Thousand Sons are very good at dealing mortal wounds they aren’t so great at taking them and against any army that can toss out their own (Tyranids and Grey Knights), they’ll need to think hard about how they screen out those effects to protect their own units – that’s where Chaos Spawn and Cultists come in handy.

Custodes are also still an issue, but the hope there is that they’ll just stop being around in large enough qualities to matter. The fact that most Custodes builds are also pivoting to Shadowkeepers Infantry/Dreadnought builds is a huge boon to Thousand Sons too, as one huge psychic phase can immediately end the game.

Overall, this suggests Thousand Sons have a lot of potential to become an upper mid-tier faction, but will probably be on the outside looking in against the game’s top factions post-update.

Ultimately the big difference is that Duplicity will typically mean fewer Terminators and more Warpflamer Rubrics, while Time will lean heavier into multiple units of Scarabs, with some lists taking as many as 30. There is still some play to be had with Cult of Magic, especially with the value of mortal wounds going way up in an Armour of Contempt world, but ultimately most players will end up settling on Time or Duplicity lists.

Here’s the latest version of the list I’ve been playing with for competitive play. It runs on 20 Scarabs, taken across three units, and packs another three units of Rubrics for support. After going back and forth with different options, I decided to stop overthinking things and just use the Cult of Time to max out my durability.

Cults of the Legion: Cult of Time

There are a few weird picks here I have to defend, because not taking a third unit of Scarabs requires some justification in the post-dataslate environment. The Leviathan Dreadnought is here to help handle marines. Dual Grav-Flux Bombards and Volkites are both solid for taking on marine targets, and the former going up to damage 3 and able to push to AP-4 with Ensorcelled Infusion makes them solid for taking on bigger targets, including Carnifexes and the like. The downside is the range, but I can help that out with Empyric Guidance.

The other noteworthy picks here are the Spawn and the Heldrake. All three can serve as mortal wound soakers (and the spawn are intended for use this way), while the Heldrake is also helpful for taking out Harpies early on or getting into melee on t1 with Maleceptors. As a vehicle, it can use the Biomechanical Mutation Stratagem to shrug off mortals on a 5+ and that’ll help it weather the return volley of mortals if the Maleceptor doesn’t fall back.

That said, the Heldrake is also the unit I’m least sure about and could just as easily swap it out for a Mutalith and another Chaos Spawn. There are several options here, but the key is that you need a plan for handling Tyranid Mortal wounds coming your way. Of course the real question here is “are a Leviathan and a Heldrake better than just taking another 10 terminators or 2-3 units of Rubrics?” and to that I say “maybe not,” and that’s why this past weekend we saw those lists get off to strong starts.

If you’re looking for an alternate, here’s Alex Harrison’s 4-1 list from the Bristol GT this past weekend, playing against the new field.

Cults of the Legion: Cult of Duplicity

Alex’s list is a Cult of Duplicity list running 30 terminators in three 10-model blocks, with Cultists and Spawn to soak up mortal wounds and provide additional screening.

That wraps up our look at the Thousand Sons but we’ll be back soon with more Faction Focus articles looking at how things have changed, and what that means for players moving forward.