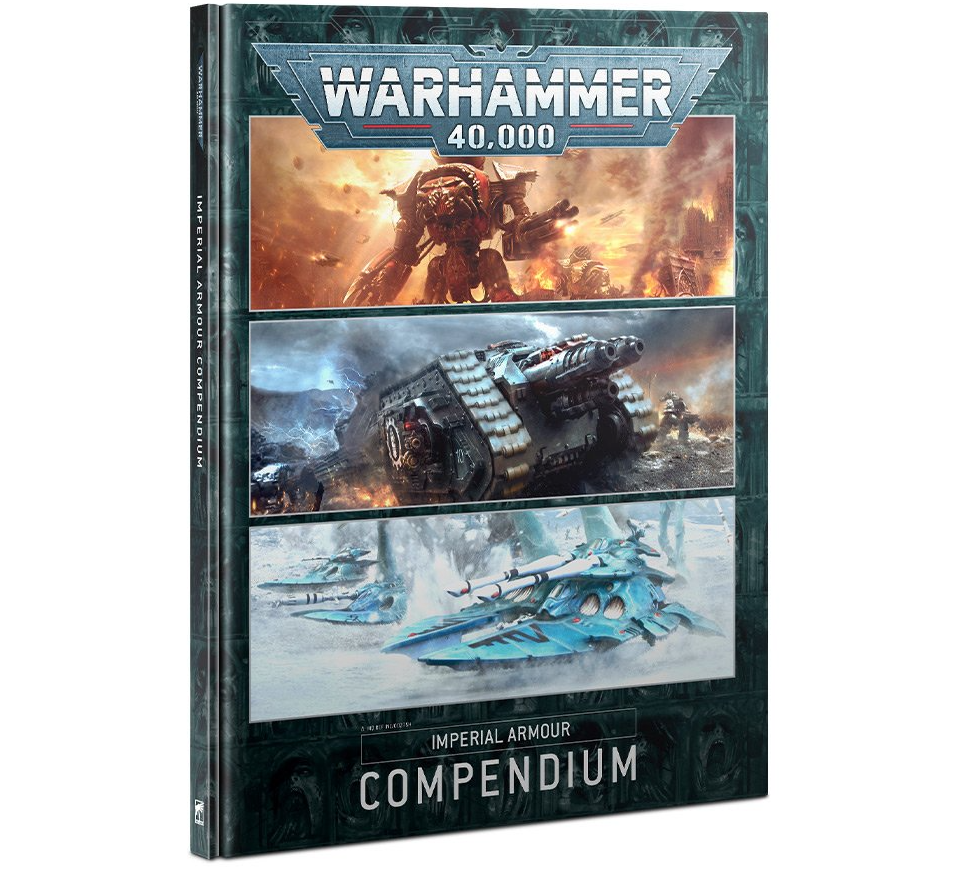 Games Workshop silently dropped a few major FAQs today, with big changes for Deathwatch, Space Wolves, and Imperial Armour: Compendium. As always, we’ve got a full list of the changes and how they affect your games.

This is a weird FAQ update go cover because while there are some important rules and power adjustments that we’ve been accustomed to seeing, this update also just had a ton of typos and errors that needed fixing, and so the majority of changes revolve around those (with a few things that didn’t get fixed and should have been). In some ways these create major power level shifts, but for the worst reasons, and for other units you weren’t using anyways, they only kind of matter.

In this article we’re only going to cover the changes that have a real impact on the game, i.e. we’ll be ignoring changes that add missing words or correct errant “+s” on degrading profiles.

There were a ton of minor edits to space marine units based on typos in the text or missing pieces of key text. Here are the changes that matter:

The Terrax-Pattern Termite can now transport Secutarii models in addition to <FORGE WORLD> Infantry models, making Hoplites much more useful now that they can ride the drill into midfield as a transport option.

Aeldari got a single update that alters the verbiage on the Hornet’s equipment confirming that it is equipped with two Hornet Pulse Lasers and not Shuriken Cannons as originally printed. This had the effect of not allowing Hornets to replace the Shuriken Cannons originally due to the wording of the replacement options… it’s a really dumb but necessary fix.

The Death Korps get a few notable additions here, with Death Rider Squadron Commanders being able to issue orders to CAVALRY units in addition to INFANTRY, making them quite a bit more useful and Death Rider Squadrons were moved (rightfully) to the Fast Attack slot from Elites.

The big change here is one that we’ve all been waiting (hoping) for and one that has been foreshadowed several times in places like other FAQs and the Battleforge roster builder in the GW 40k app – Death Guard and Thousand Sons can now take Forge World units. WOOOOOOOOO! This opens up quite a few options for both books, making Death Guard dreadnoughts much more attractive and giving both access to the Terrax Termite-Pattern Drill, one of the game’s best transport options.

What didn’t get updated

There are a few things that inexplicably didn’t see needed fixes or updates. The two big ones are:

Knights and Titans (Imperial and Chaos)

Knights got a few text updates that correct typos on the Moirax and Styrix datasheets, specifically for their degrading profiles, but nothing substantial changed. Likewise, some similar adjustments were made to the titans.

The only change here is that the Land Raider Banisher has gained the SANCTIC ASTARTES keyword (and lost ADEPTUS ASTARTES), which doesn’t matter yet but may be good to have in the future.

There’s only one noteworthy change here and it’s that the points values lines for Nobz on Warbikes were removed for a pair of Killsaws, Kombi-weapons with rokkit launcha, and kombi-weapons with skorcha. While normally that would mean they’re free, the unit can’t actually take those options, so this is just cleaning up confusion.

Incredibly, the Tyranids dodged any significant changes to their potent Imperial Armour options. In the most hilarious non-change, the Hierophant still has the FLY keyword. That seems unintentional to us, but who knows?

As always, if you have any questions or feedback, drop us a note in the comments below or email us at contact@goonhammer.com.