A meandering road towards NoVA – Part 1

All these other fools with there road to NoVA posts have inspired me to make one of my own. I don’t actually know if I’m going to NoVA, but it’s a good goal, and a good way to Just Post™.

To do this and not make a complete fool of myself (I’m not Anamal.net after all) I’m going to need three things. A list. Painted models. Practice. I have no clue how to do anything even remotely ITC related, and my main army is Imperial Fists (hardly top of the competitive meta).

I figure painted models will be no problem, after all I painted 4000 points last month. 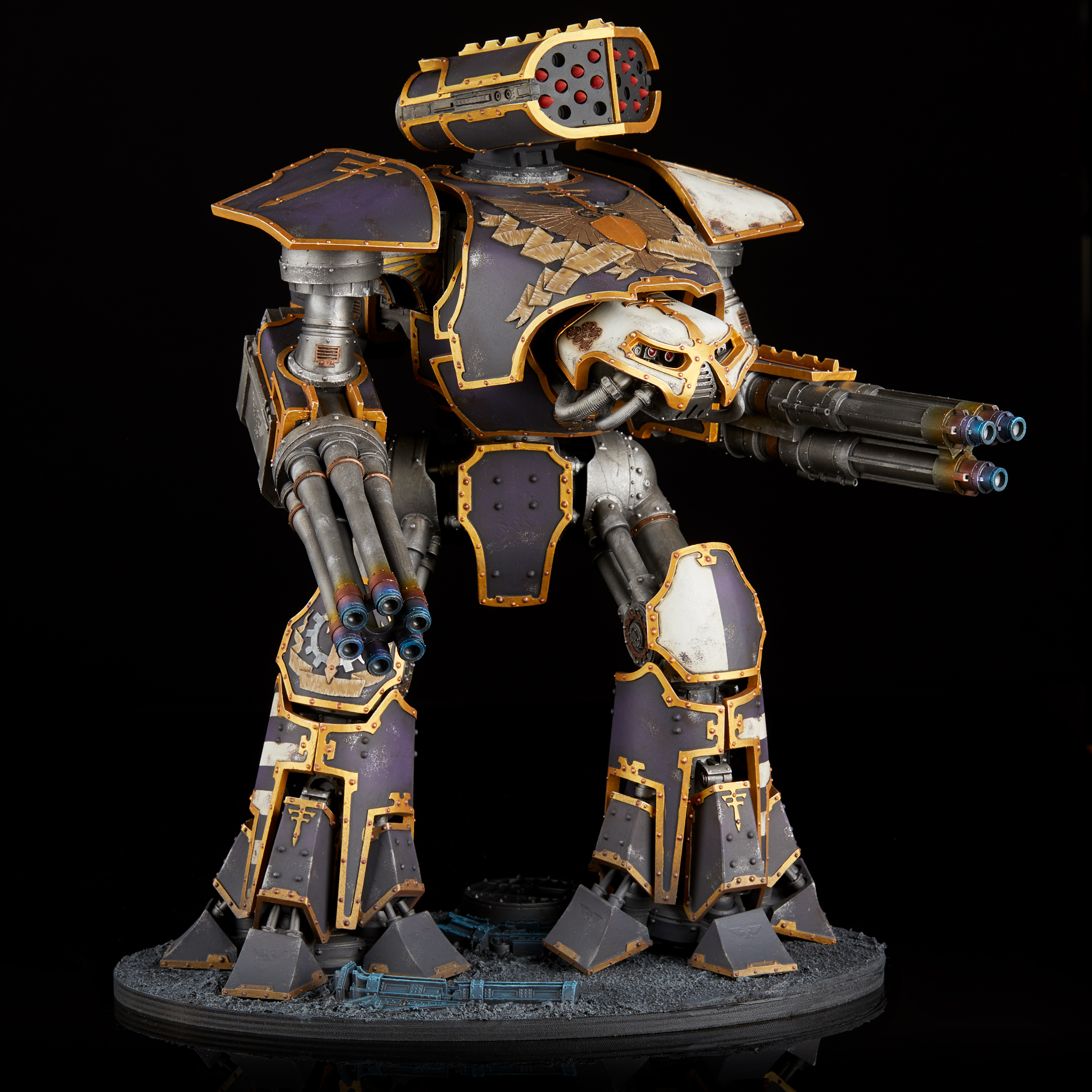 While I don’t want to do a primarily Imperial Fists army because I don’t want to be trying to come up from behind for a win, I’m still a filthy loyalist looking at doing an Imperium army. I’m always a fan of a list that combines a solid core of shooting with some mobile melee pressure, as the melee aspects force my opponent to make tough decisions about what to kill, and the ranged core gives me a buffer against my plans failing. With the timely death of the Castellan, the easy go-to core that I already had painted is no more. 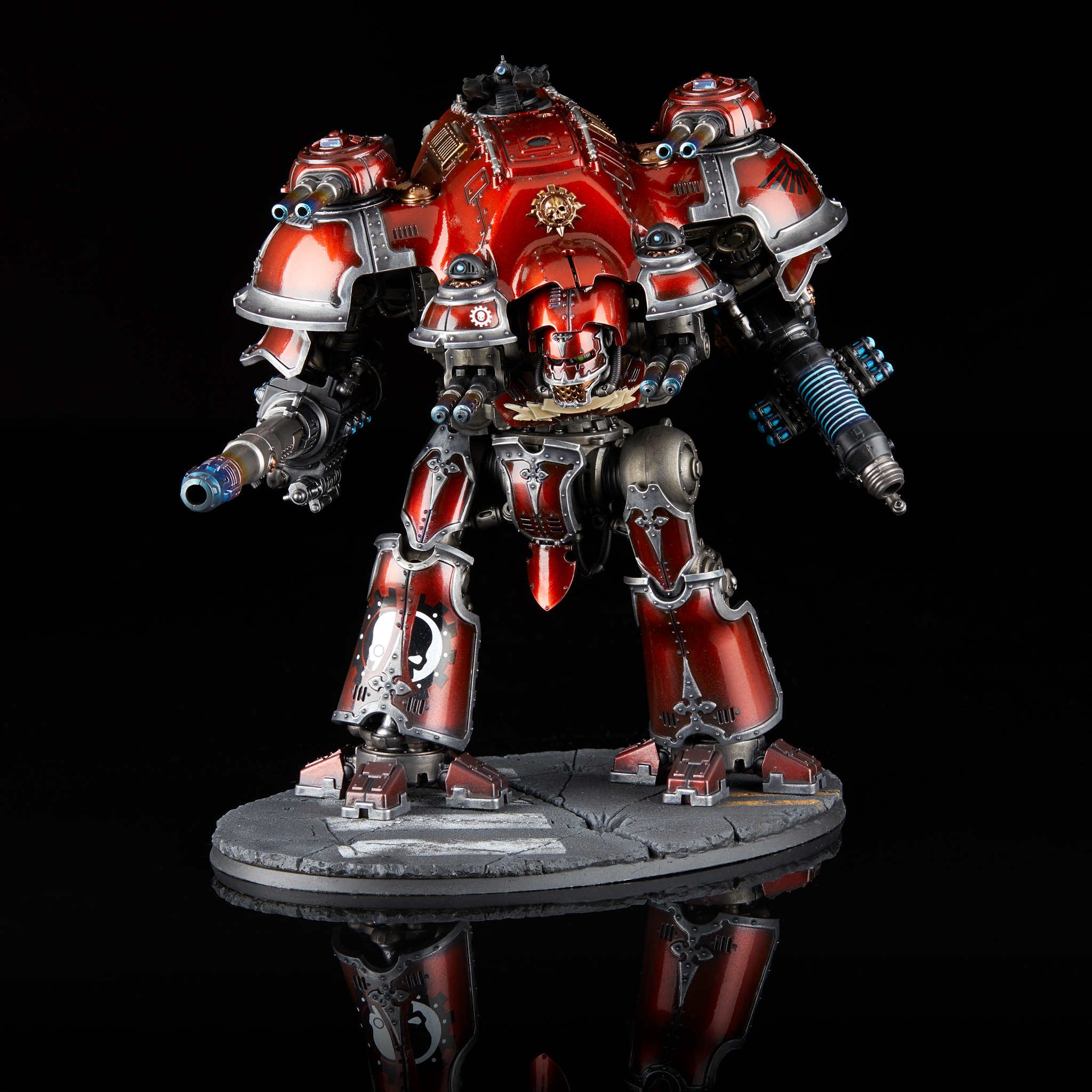 Fortunately, that’s not my only option. I do also have a normal knight to run as a crusader, but it doesn’t really inspire me. 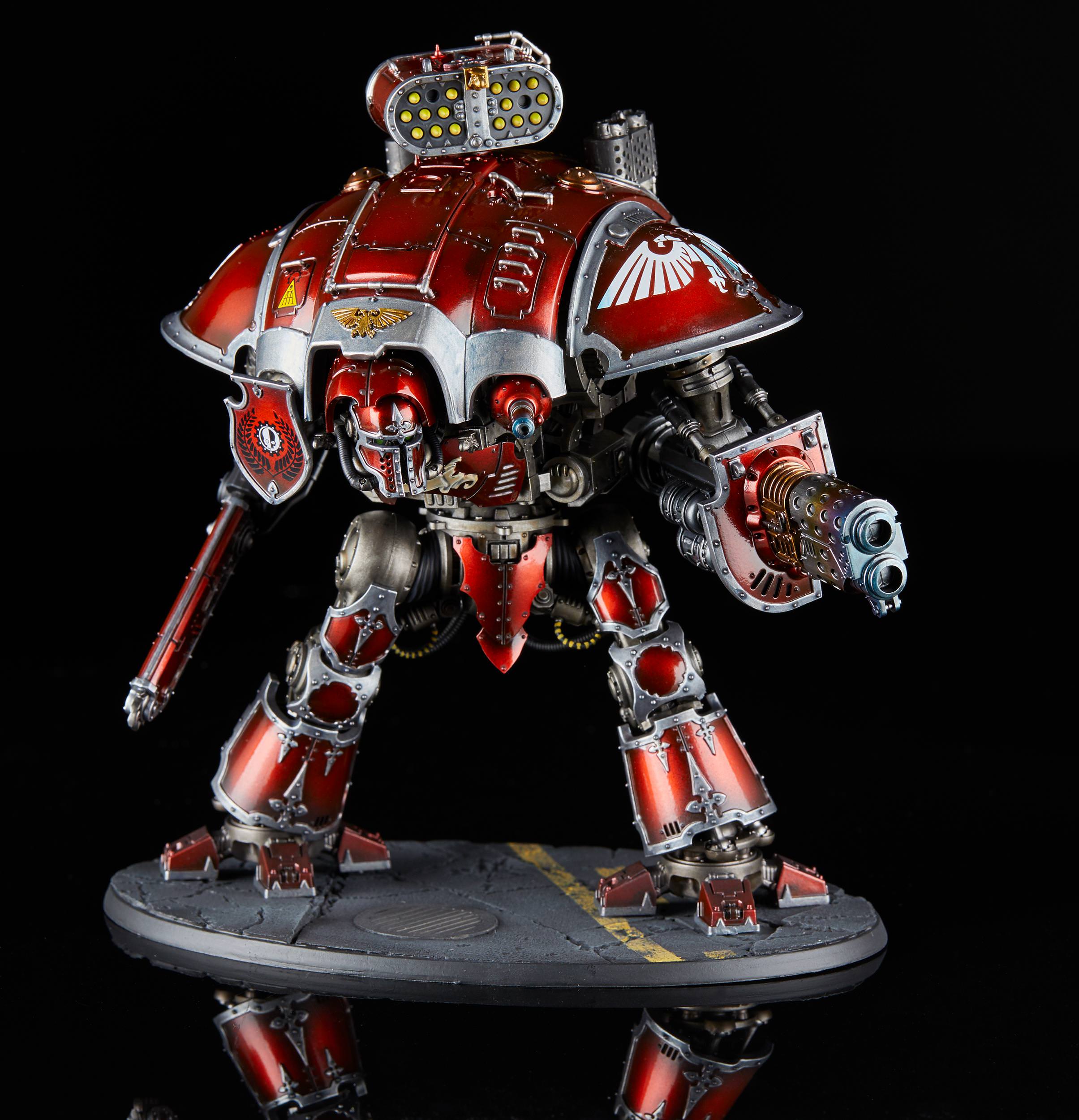 What I have seen that’s interesting to me is the triple-caladius list. They’ve got a cool silhouette, have solid firepower, and are resilient to my opponent trying any sort of deep strike assault shenanigans between -2 to charge and FLY. The only downside is I don’t have any painted.

So that’s the shooting core of the army set up. Just under 1000 points for 3 caladius, Trajann, and a vexillus. I don’t have any of that painted, but at least its only 5 models. I’ll tack the ubiquitous loyal 32 on for a bit of objective grabbing and screening, plus I already have that painted. Leaves me with another 800 points for my melee pressure. 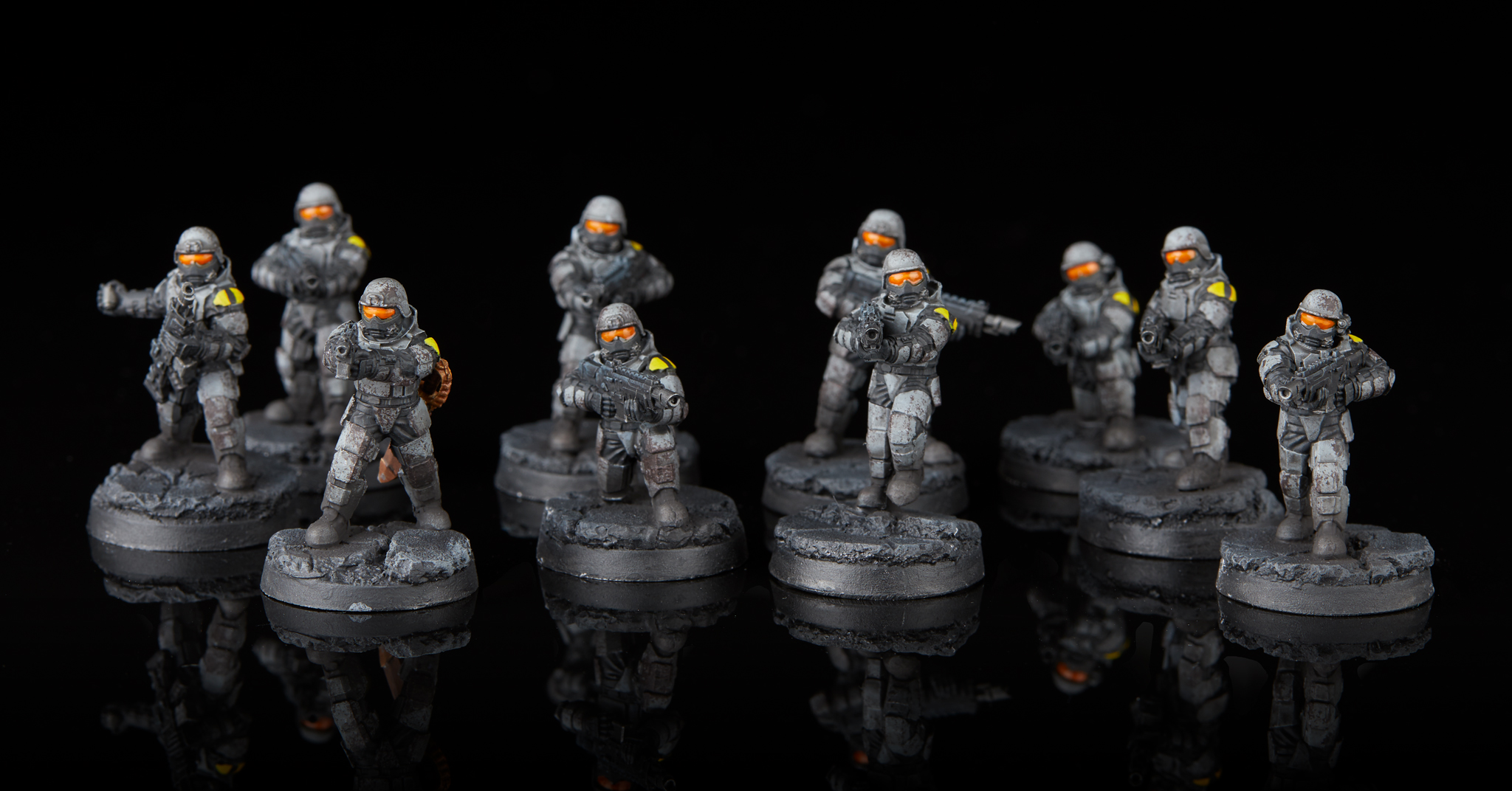 I’d like to pick up some more CP along with my melee, so I’m going to start my planning with a Blood Angels battalion. 3 intercessor squads gives me a bit more midfield presence, and BA ones don’t just fall over in an assault. I can fill the HQ slots out with a wonderful duo of a slam captain and a librarian dread. 500 points for this detachment leaves me with about 300 more, so I’m going to drop back into Custodes land and toss in a jetbike captain and a spear contemptor. I can deepstrike the spear contemptor, so I’ll have a solid mix of units in my opponents face very quickly, with 2 of them being dreads and one being damn near as tough as one.

Only problem with my Blood Angels is I’ve gotten a lot better since I painted them last, so I’m in for a bit of repainting.

While my newer BA stuff looks more like this: 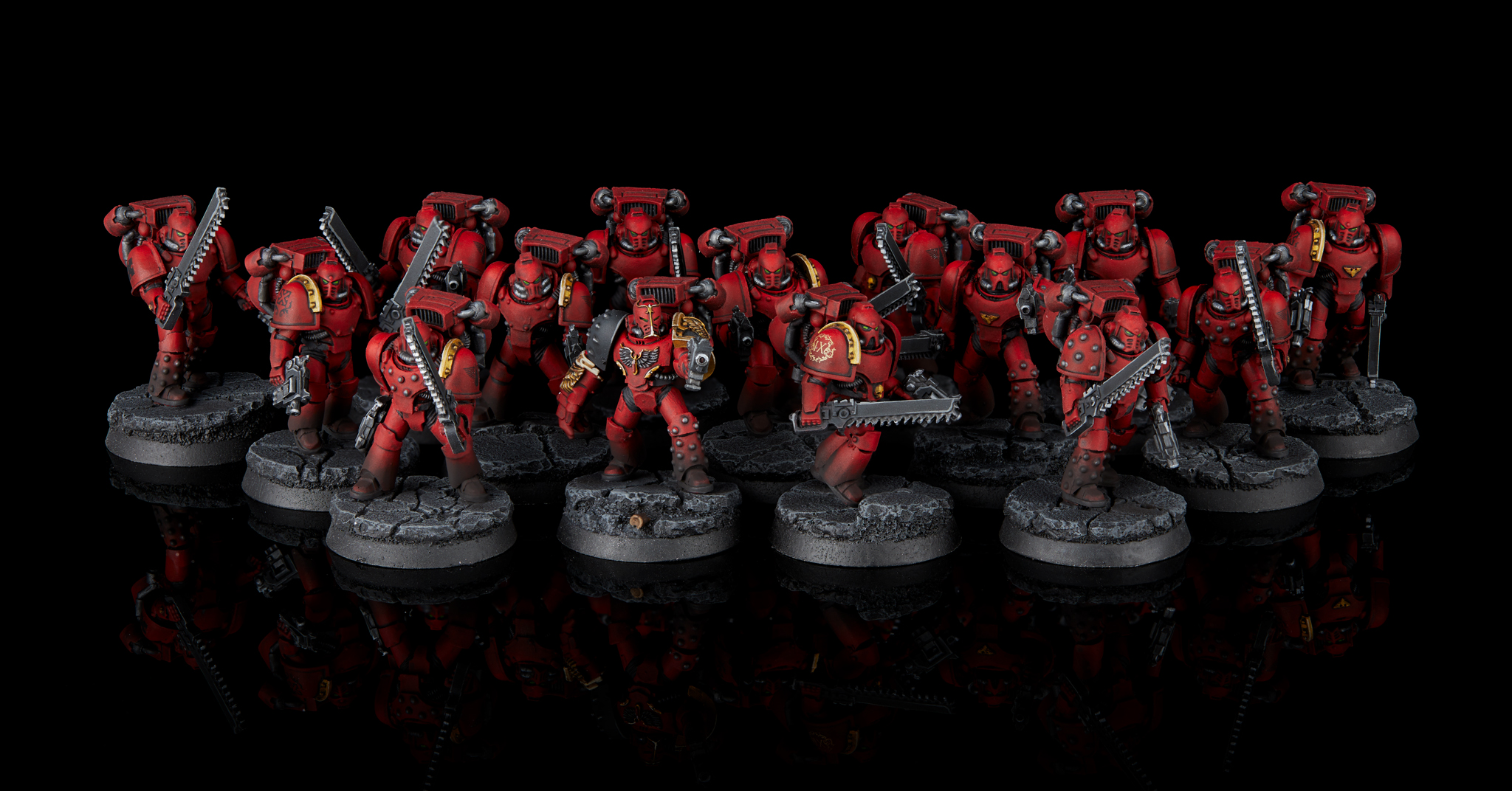 Certainly not terrible, but since I do value uniformity in my army I’m going to need to repaint it.

Of that, I need need to paint the following:

Certainly not impossible, but not exactly a trivial undertaking.

The final step to this plan is to actually practice with the army, which is where I’ll try to start hitting up a few more local tournaments. The first one is on the 22nd. That’s 18 days away. They don’t require painted models, but I have a very strong personal preference towards them.