A Song Of Ice And Fire: Initiative And Alternating Activations 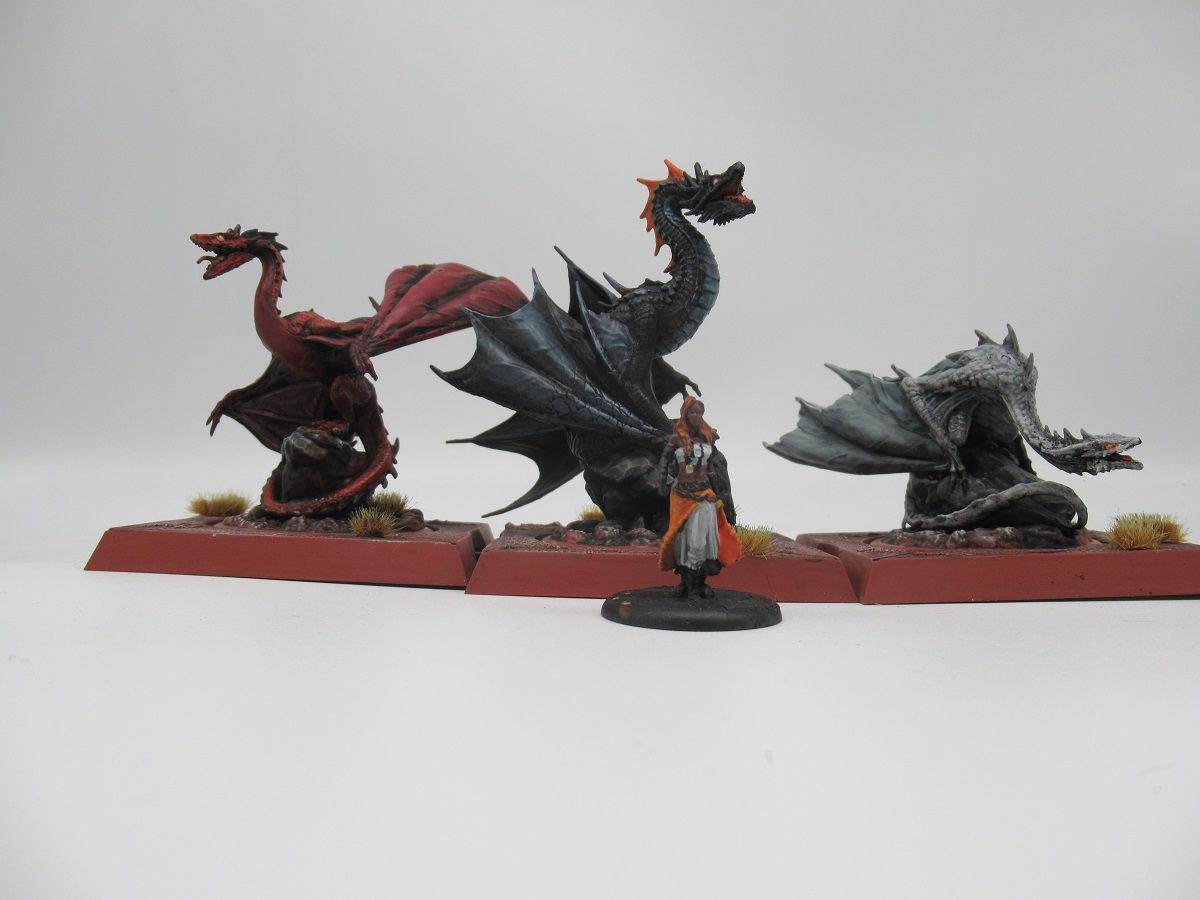 Welcome back to our coverage of the A Song of Ice and Fire miniatures game. If you missed the first article in our series with an introduction to the game, you can find it here.

A Song of Ice And Fire is a wargame that uses alternating activations – I activate one unit, then you activate one unit. If I run out of units to activate when you still have units to activate, you get to activate each of yours in sequence until you run out. At the start of each turn the “first player” switches, so the person who took the first activation on turn one will have the first activation on turn three. Note that this isn’t always a strict one-for-one with a single activation per unit: There are a very small number of units that interact with this mechanic directly. Units like the Night’s Watch captains or Targaryen Unsullied Officers can give a unit an additional manoeuvre/attack action for a very expensive three points and Walder Frey is a NCU who must always be the last unit to activate in your turn (not the round overall, just of your units), where if he claims the crown zone he can steal the first turn from your opponent next round, amidst other effects.

That’s the mechanic in a nutshell; it seems simple enough, but there is a tonne of strategic depth in what all of this means in practice. Managing activations and finding opportunities to act first or last or, do both, can be a powerful mechanic.

To illustrate why, I’m going to talk about a character from an entirely different game. Aristeia! is a fantastic board game from Corvus Belli that uses a version of alternating activations, and Gata is one of the most powerful characters in this game. At a glance however, it’s hard to see why! Gata is as fragile as a glass pigeon and has no weapons. All she has is speed and initiative – but that’s all she needs. That’s because in an alternating activations game, Gata’s combination means that she can guarantee she either acts first or last in a round, which basically guarantees that she always gets back-to-back activations. This means she can always swoop onto an objective and then zoom away before anyone can harm her. If this is the potential of an unarmed lady with that combination of back-to-back activations then we should think very carefully about the potential of a unit of heavy cavalry with the same ability. 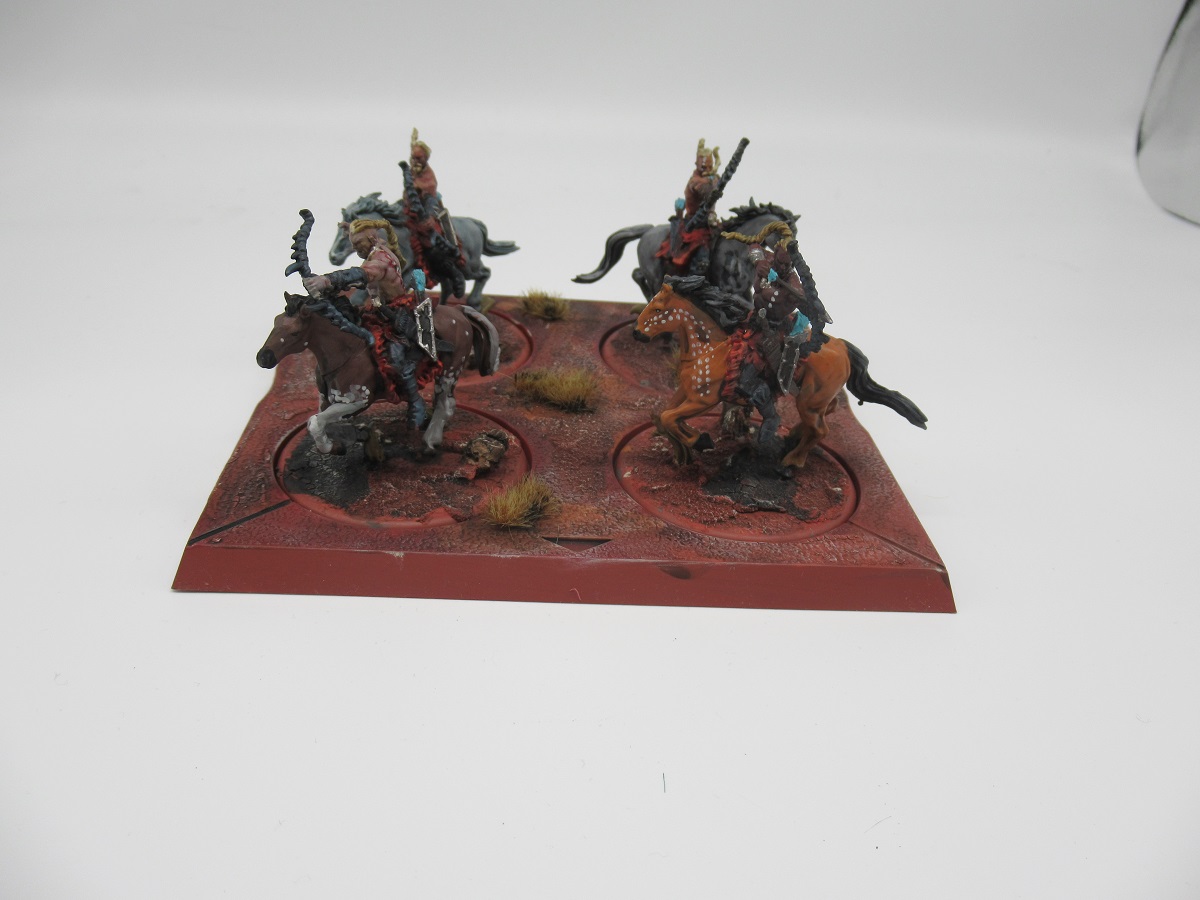 Turn Two is the most dramatic moment where this exchange comes into focus. At this point all the battle lines are positioned so that they might begin charging each other – or failing that, moving into positions that make them vulnerable to getting charged. The player who went second has the ability to set the tone for this entire turn, especially with the option of claiming the cavalry tactics zone which can throw a unit of infantry around a flank to threaten a unit of archers or position them to make a critical charge. More than that, player two has the opportunity to make a ‘safe’ charge with cavalry – marching them into position at the end of turn one and then immediately committing to the impact at the start of turn two. Landing that cavalry charge can be incredibly satisfying and powerful, often smashing half a unit of infantry in a single impact. If you do it right and get lucky you can get a first turn charge and follow it up at the start of turn two by claiming the swords zone to maul the unit you already savaged, potentially harming it so badly it ceases to be a threat. But there’s a serious limit to this ability.

See, the other secret to Gata’s power is that there’s only one Gata. If you put four of her in a list it’d be the worst thing in the universe. Her power is acting twice in a row; if your opponent has opportunities to act before she does then she’s just a fragile lady standing around in a WWE arena and that situation does not end well for her. So it is with Song of Ice and Fire units. I tried an all-Dothraki army – fragile but hard-hitting light cavalry – and found that every unit was desperately clamouring for that highest initiative slot. The units I activated first went in and smashed the enemy line, but the ones I didn’t got charged and subsequently got wrecked. So, like Aristeia!, SOIAF has units that benefit from being favoured with high initiative and units that don’t need it, and I feel like this is the *real* secret to list construction in this system. When writing lists you want to think about who acts first and who acts last, and avoid going too far in on units who compete for the same slots. 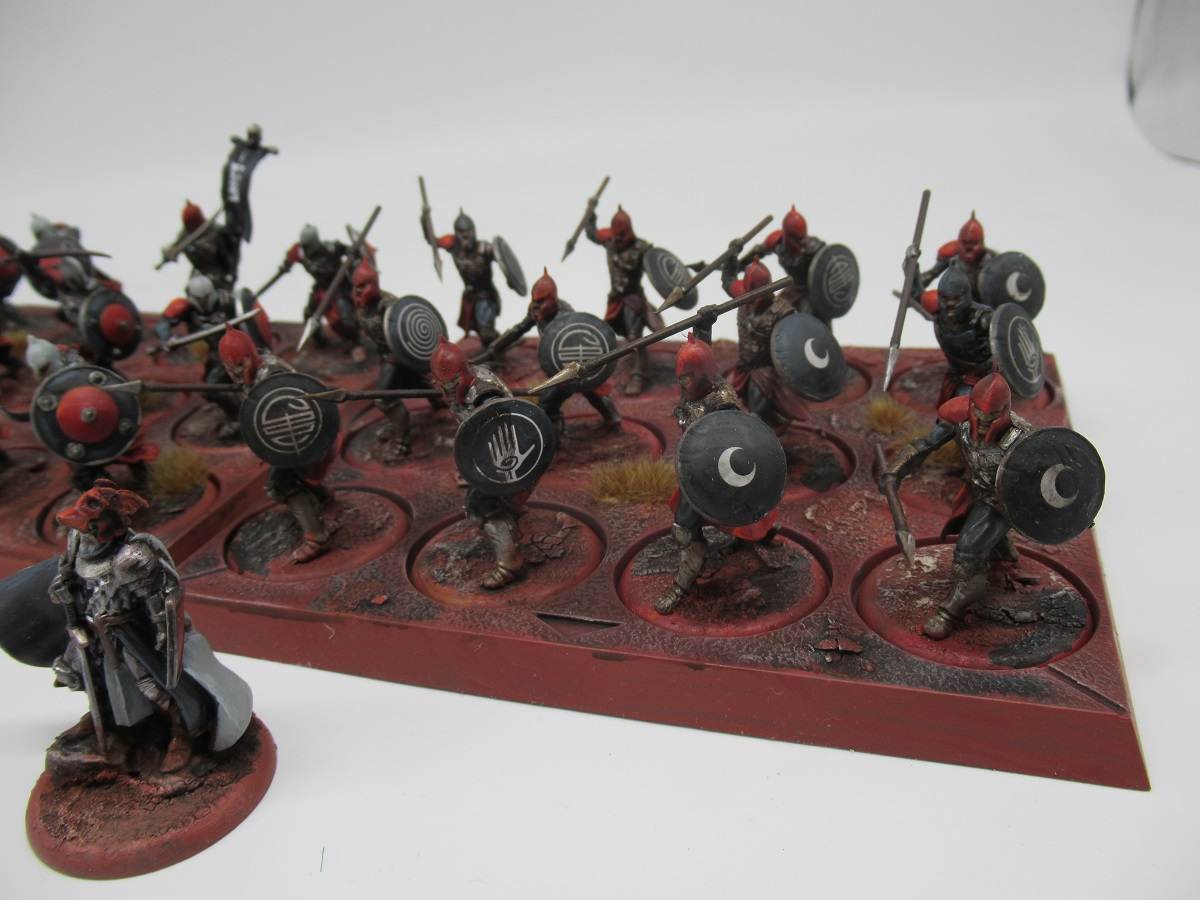 The obvious answer for an Acts Last unit is something tough. Being able to endure a turn of punishment and then still strike powerfully at the end of it all is a key asset for a unit in this role. Secondarily, you want something with some sort of revenge ability – the Set For Charge ability of Lannister Halberdiers makes them beautifully suited to leave until last. Unsullied Pikemen, as the intersection of durable, good at counterattacking, and capable of striking back at full strength after losing over half of their unit strength, are the ultimate in this category. However, there are also units that while the might not inherently appreciate going last due to their defensive stats, nevertheless benefit from a delay in activation due to claiming certain tactics zones. Most mercenary units fit into this category as many of them power up after claiming certain zones. Stormcrow Archers in particular are low initiative units because they only want to activate after having put at least two NCUs on the board – and it turns out that’s actually a really hard delay for a ranged unit to swallow as their opponents might be upon them by that time.

Figuring out a full activation sequence for your army is far too much, and different factions will have different demands on their initiative slots, but here are some rules of thumb to try to follow:

That wraps up our look at activations in ASOIAF but stay tuned in the coming weeks for more looks at strategy and mechanics in the game. In the meantime, if you have any questions or feedback, drop us a note in the comments below or email us at contact@goonhammer.com.