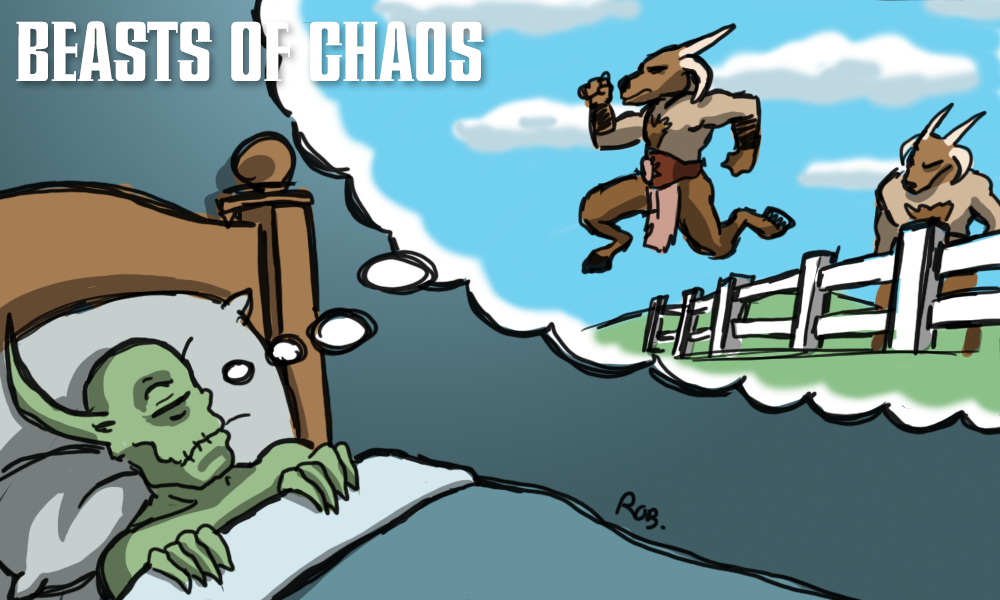 GW released a bombshell of new FAQs today, covering errata for the core book and lengthy FAQs for each faction. And as always, we’ve got you covered with the rundown of what’s changed and what it means for your games. In this series of Hot Take articles, we’ll be covering the changes and our initial reactions to them but for more detailed analysis, check back over the next two weeks as we dive deeper into how these changes affect the game and its factions.

The only real changes Beasts of Chaos sees is the same as any faction with a terrain piece and endless spells, with each spell seeing rewrites and the terrain piece now being set up before forces within your own territory.

Overall, Beasts only really see changes to their Endless Spells and the Herdstone. Still not the strongest army until they get a new book, however with more command points and ways to get +1 to hit through them, along with Monsters taking a big step up in the world they might actually see some more use. The Herdston at least will be able to continue to summon units if destroyed by an enemy monster, since that ability isn’t part of its Warscroll, so that’s something. We’ll have to wait and see how they shape up.

In terms of lists I’d really recommend looking outside the greatfrays, there are some really good options outside of them and they open up more now you aren’t able to stack Command Abilities and make the most of some of the bigger bonuses within the frays themselves.
Have any questions or feedback? Drop us a note in the comments below or email us at contact@goonhammer.com.