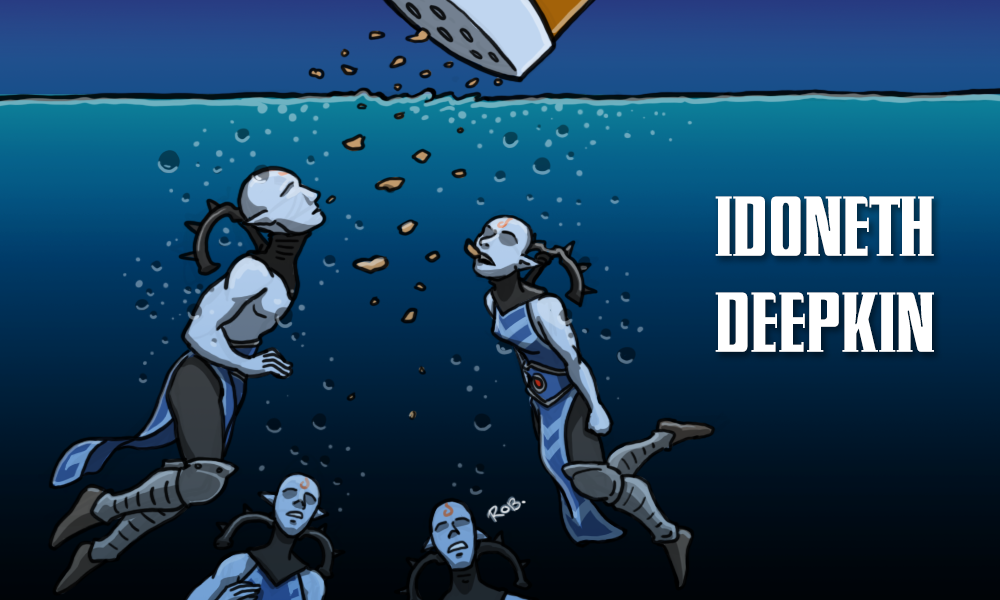 Poor Idoneth Deepkin, sharing the dubious honor of being the only legal First Edition Tome with Maggotkin of Nurgle. With a small (but gorgeous, mind you), line of models Idoneth has a bit of a rocky history. For most of the army’s life players would ignore 90% of the line and focus entirely on Eel cavalry as it was quite effective at its job. Broken Realms: Morathi did a lot for the army and allowed a larger variety of sea creatures to be viable. At the end of 2nd edition it was a solid lower-mid tier army.

Unfortunately, the Idoneth Deepkin really only got one change of note: Defensible Terrain. The Idoneth terrain piece always had heavy prototype vibes, given it was one of the first faction Terrain pieces. it had questionable use as you needed to be close to it and Idoneth tended to rely on the charge, pushing up the field early. They kept the Mortal Wound on enemies part which was great, but the 6+ Ward was replaced with a garrison. Very snazzy and probably a good excuse to bring some Namarti Reavers to pelt your foe

It is a shame to be so short  here, there just isn’t much new (and Broken Realms: Morathi doesn’t hold anything new for you either), but I won’t torture it out. It’s a shame that one of the more neglected army didn’t get more attention but most of the FAQs are focused on bringing the language up to code so an actual buff is at least something!