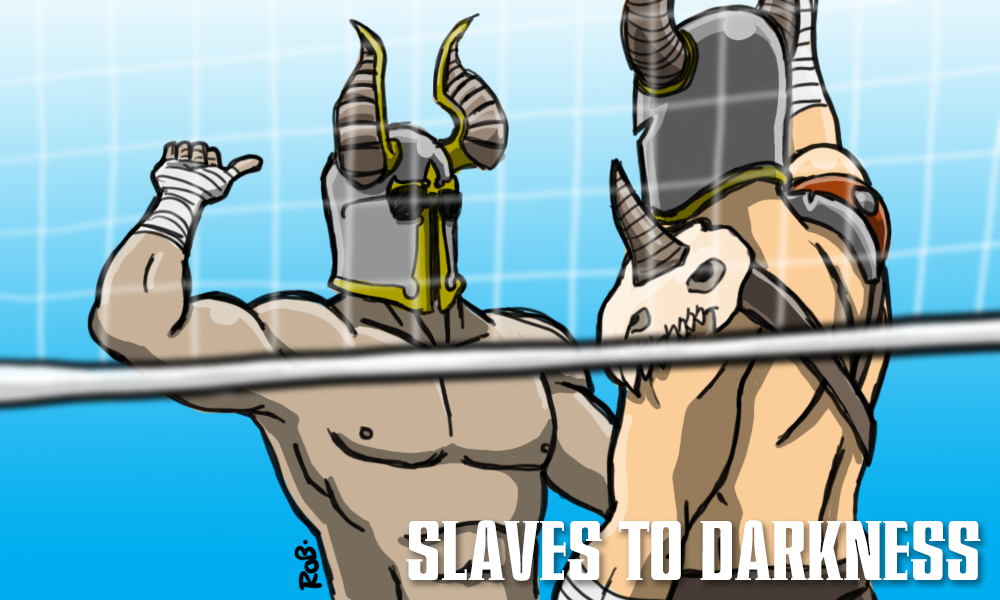 GW released a bombshell of new FAQs last Friday, covering errata for the core book and lengthy FAQs for each faction. And as always, we’ve got you covered with the rundown of what’s changed and what it means for your games. In this series of Hot Take articles, we’ll be covering the changes and our initial reactions to them but for more detailed analysis, check back over the next two weeks as we dive deeper into how these changes affect the game and its factions.

Slaves to Darkness, or the oops all Chaos faction. Slaves to Darkness have held out relatively decently as a faction that allows several different playstyles and could perform very well on the rankings with the right lists and matchups. They’re going into 3rd edition in a tenuous spot, with their boy Archaon being more expensive

All in all, not too much super bad or super good here. I think Slaves to Darkness will remain about where they were. Some of the rule changes around them really hurt them, like the coherency rules but the actual rules for themselves keep them pretty much where they’re at.