When it comes to tabletop wargaming there is always a player to make the first move. In Age of Sigmar this is a choice that one of the player’s must make but one that doesn’t always have an obvious right answer either. So if given the choice, which do you do?

But what should you do, given the choice? This depends on quite a lot actually, from the composition of your own army to the mission being played and then the composition of your opponent’s army as well. Do you want to go first to run onto objectives early for some early scoring? Can your army deal enough damage in the first turn to be worth going first? Do you have any buffs that you need to activate before your opponent goes to either strengthen your own units or weaken theirs? 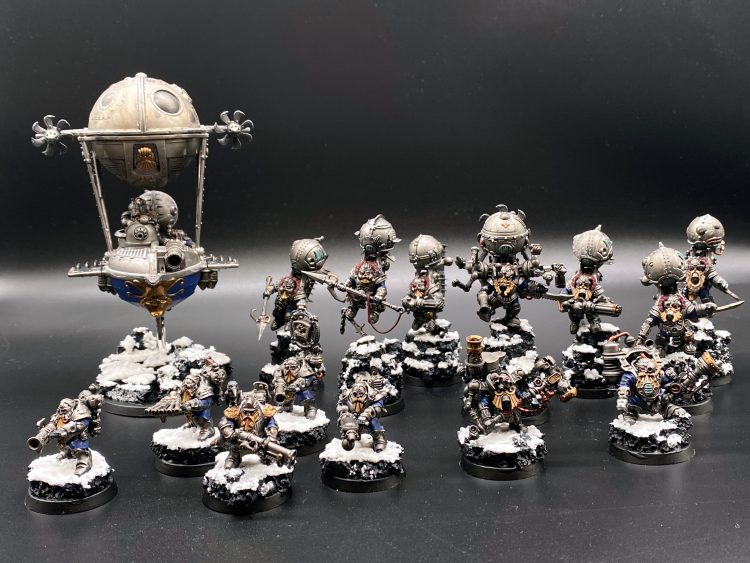 Why Go First or Second?

Going first or second comes with a lot of advantages and drawbacks. Some can even be game changing. The trick is knowing which ones apply to you, as some armies are better able to take advantage of a certain aspect than others.

We could write an entire book on how to deploy your forces properly but let’s look at it in terms of how it applies to whoever is going first. This requires more than a bit of forethought and planning but a lot of it is going to depend on whether you decide priority. Always make sure to ask your opponent how many drops they are before you set anything down. Hell, ask before rolling for the side of the board. If you’re tied, the Defender is going to win first since they put down first. This is going to have a massive impact on how you should deploy your stuff.

If you get to decide priority: You have a lot of power to shape how things shake out. If you know you’re going to go first, then put everything up front. If you know you’re going to go second, hold back your stuff. It’s never bad to ask an opponent their effective threat range so you can pre-measure what a “safe” distance is to start. If you deliberately intend to let them come to you, consider any deep strikes or teleportations that might happen.

If they’re deciding priority: You’re going to have to play some mind games and predict what your opponent will do. You’ll want to look at what the list you’re going against looks like. Try and minimize giving your game plan away: put stuff in reserve, hold off on placing Battle Regiments, things like that. They have fewer drops than you so they are forced to give up the plan first.

If they have a lot of ranged attacks, or potential alpha strikes, place stuff near the back. If not you can probably safely put it forward and expect to be forced to go first.

One of the things that can get you stuck is if you put your stuff too far back, they will decide to make you go first to waste your time. This is still probably preferred to watching half your list get decimated before you even move.

Armies That Want to Go First

These are the armies that actually aim to be going first and there’s a fair few of them. Generally these are armies that have a large amount of long ranged firepower or some form of incredibly fast movement to be able to cross the board. Or both. These are generalizations and there can be variations of lists that don’t aim to be going first but that will be less common. You’ll be building around a single-drop battalion, whether that’s the Battle Regiment available to everyone or an army-specific one that Sons of Behemat or Maggotkin of Nurgle have. Just remember that taking the first turn means that you’re opening yourself up to potentially be double-turned, so move accordingly.

If you have the ability to snipe an opponent across the field, you very often want to go first. This gives you the opportunity to cast your offensive and defensive buffs and cut out a solid chunk of their army before they even move (or cast their own defensive buffs). All while exposing yourself to minimal danger.

The truth of wanting to go first is going to be match-up dependent, however. If your opponent has almost no ranged options or teleport, it may be better to go second. Let them come to you and then you can potentially score the double turn. If you’re not sure if your opponent has these things, its generally fine to ask straight up if they have any teleport shenanigans.

Alpha-Charge armies are ones that have a reliable chance of being able to move up the field and charge turn 1. Whether it’s access to rerolls on charge, bonuses to charging, reliable charging out of reserve or 3D6 charging you can press the advantage and keep your opponent on the backfoot.

These armies got a fair bit more powerful in third edition due to the smaller board size, and you’ll want to go first almost all the time, because you’re forcing your opponent to remain in their deployment zone, which may limit their ability to capture objectives toward the centre of the field. Just be very careful and don’t get too excited. You’re charging into their domain, and they likely have their castle set up so auras from heroes are at maximum effectiveness. It’s very possible to get caught in a trap and face something you can’t effectively harm, or can hit you back just as badly.

These are armies that have the opposite problem as the Alpha-Charge. They either don’t have anything that can get up the field very fast, lack teleport/deep strike options, no ranged attacks or at best have limited access to these things.

There’s really only one major archtype that truly wants to go second, and that’s these guys. It does come with a specific caveat as well: If your opponent is a footslogger, you’ll want to use that against them.

If the player opposite of a footslogger amry gets the first drop they will likely force them to go first. This is especially problematic on mission types that lack objectives in the centre, forcing them to run up the field and just stand there while their opponent charges into them and possibly get the double turn. You can make the most of it, open up with Savage Spearhead and get an easy 2 victory points, but keep your castle tight especially if your opponent has teleportation or Reserves. You have an opportunity to get your buffs up before your opponent attacks so watch your flanks and protect your stuff.

These are not many, but they exist strictly from their flexibility, particularly in movement. Wanting to go first or second matters a bit less for these armies but against certain matchups will still want one or the other. Maybe you’d rather go first before the enemy can get protective buffs up. Maybe you’d rather go second and try and get the double-turn into the second turn for some back-to-back damage.

The Duardin of the sky generally go to the tabletop with a large number of ships, foot units in those ships or that hitch rides on them, and sometimes some foot units that like to hang out back and hold objectives. All of their ships have an ability called Fly High that allows them to be picked up and placed anywhere on the table more than 9” away from an enemy unit, instead of moving normally. Because of this this army can be placed right in the back corner and very swiftly bring all of their guns into range of the targets they want.

It’ll depend a little on the matchup and the battleplan here, but generally speaking Sons of Behemat are pretty ok to go first or second in the first turn. They’ll often want to move up all (or nearly all) of their units to the mid-table in their first move; even better if that also means getting some charges off by going second or some run+charges with a unit of Mancrushers. The army of gargants can weather a nasty storm and still stomp across units strong, they count for a very high number of models on objectives so there’s little worry of losing control, and

There’s unfortunately not a perfect fits all answer to whether you should go first or second. The movement or ranged options your army has available has a huge impact, but so does what your opponent has access to. Still, there are some general rules of thumb you can follow.

If you have any questions or comments, post below or email us at contact@goonhammer.com.