With a new batch of rules updates comes the need to revisit the strategies and tactics of each faction. Today the Lord of Mars, Richard Siegler, is talking about the changes to the Adeptus Mechanicus and how those changes will affect them in the meta.

Welcome to Arks of Omen! There has been a monumental amount of changes coming all at once with the new dataslate, MFM, big FAQ and the new Chapter Approved. Needless to say, there’s a lot set to change going forward and we’re here to cover it all.

With every seasonal change you can count on the Goonhammer competitive crew to write a new series of Faction Focus articles and we’re doing the same for Arks as we did for Nephilim. In this article Richard Siegler will talk about the Adeptus Mechanicus, covering how the faction changed, what it means for playing them, how they fare in the new meta, and offer a list with some thoughts on playing them. 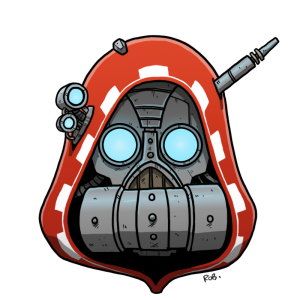 Arks of Omen is a mixed bag for Admech.  The army received several nice buffs to its secondary game, nerfs to several top armies that were all difficult matchups, and some targeted points decreases, but the loss of the Skitarii Veteran Cohort looms large over this positivity.

The Veteran Cohort not only made doctrinas flexible and impactful every turn with the Cantic Thrallnet but with the advance and charge stratagem, Admech armies were able to send large bricks of fully buffed infantry into the center of the table and onto opponent’s objectives turn after turn.  I often used Skitarii Vanguard who would get +3″ move from the Thrallnet, roll 2d6 picking the highest for their Advance roll, and then access advance and charge for the reasonable cost of 1CP and charge onto objectives.  In Agripinaa, they would then shoot back at my opponent in their turn with Verse of Vengeance.  Ruststalkers also benefitted tremendously from access to the same stratagem and a second method of gaining +1 attack.

If the Veteran Cohort remained I would have confidently said that Admech in Arks of Omen would have comfortably been an upper mid-tier army.  They might still be without it, but the lack of speed makes it me much less confident until I’ve had a chance to play many more games with them against every other faction.

There are still many positives.  Admech’s secondary game is improved from one of the worst to midtier with Accretion of Knowledge and Eradication of the Flesh becoming consistent secondaries for many matchups.  Hidden Archeovault is dramatically improved (though your opponent still selects the objective), but is not quite as easy to score with the loss of Advance-and-charge Skitarii troops across the board, so will be situational based on where objectives are located and how much Objective Secured your opponent’s list contains.

Enhanced Bionics (5+ Invulnerable save) for Rangers, Vanguard, Ironstriders, Dragoons and Kataphrons is a massive upgrade, especially for Ironstriders who can now tank both anti-infantry firepower with Firepoint Telemetry Cache and Logi, and then also anti-tank firepower with the 5+ inv.  2ppm more was worth it to upgrade Skitarii infantry to veterans, but its nice that non-Veterans also have the 5+ invulnerable save now too.

I personally feel that even with CORE and the wide range of buffs that allows, that Kataphrons and Cult Mechanicus units are improved, but still not top tier.  Canticles and the Cult Mech warlord traits are just simply average compared to the potential of Skitarii buffs.  But this update does make it so running Cult Mech units doesn’t instantly drag your army down to the level of being one of the worst in the game.

So let’s look at the matchups for the Admech moving forward and think about where they’ll have an advantage and where they’ll struggle.

Statistically Admech had a horrible spread of winrates against almost every faction in the game and this update will almost certainly result in an increased win percentage in most of them.

It’s time to put all of this together and develop a list for the new Arks of Omen meta.

So I’ve talked about it several times above, but Agripinaa was my preferred style in Nephilim and I still think it’s the strongest, although Lucius and Mars are closer now.  Admech, because their secondary game is still a bit inconsistent against many factions, need to gain an advantage by killing things early.  That is best done by Agripinaa, with extra ap, 5+ overwatch or +to hit in combat when charged, a relic that allows you to reroll wounds against a vehicle you pick within 18 inches (I expect a big uptick in vehicles this meta). And, of course, there are still several factions with non-interactive rules and Verse of Vengeance is the best way to deal with them in the Admech Codex.

The Skitarii Marshal, Manipulus and flex HQ will be standard for Admech in almost every variant.  I went with the Dominus here so I could have reroll 1s to hit on two different flanks, but you could easily make him a Technoarcheologist to shoot and do actions and be a reserves deterrent when needed.  Regardless, I run two Tech Priests to access the Logi and Artisans holy orders, which I feel are the clear two best.  Logi allowing units to ignore AP 1 and 2 is central to Admech’s entire play style of buffing units to the hilt and forcing their opponent to overcommit to deal with them.  But if needed, the advanced protocol can allow Ironstriders to ignore cover.  Less useful without AoC in the meta, but still can help Autocannon Ironstriders.  Artisans is a second way to access fall back and shoot alongside Programmed Retreat.  But its advanced protocol allows Autocannon ironstriders to access str 8, which is a key breakpoint against T7 units, but also rules like Orks and Drukhari -1 damage rules only work against weapons str 7 or less.

Two Rangers bricks are usually standard in my lists, one to be traded at some point and objective secured the center objective(s) and the last one to control the late game.  But one of these could easily be a Vanguard brick depending on your local meta.  Artisans’ advanced protocol also allows galvanic rifles to become strength 5, which is another important breakpoint.  The Manipulus combined with the Agripinaa trait in half range allows the unit to get to the magical ap 3 threshold, a big advantage in the mirror matchup, among others.

Two stacks of Ironstriders, one autocannons and one lascannons, providing ample anti-elite and tank firepower.  Their 48 inch range and speed of the unit with the Dunestrider stratagem complements the slower and shorter ranged Ranger units.  They are a great target for Verse of Vengeance as they can shoot into units in engagement range if they are ever charged.  They can also do mortal wounds on the charge via a stratagem and access a stratagem to ignore mortal wounds on a 4+.  The 5+ invulnerable saves improves their defense against high ap weapons significantly.

A unit of Serberys raiders to secure command points on Recover the Relics or Hidden Archeovault points if you take it and go first.

And finally, three Freeblade Hunter’s of Beasts Armiger Helverin’s taking advantage of the new Battle Brothers rules.  This datasheet is packed full of good rules and has great support.  Their firepower is even longer range than Armigers and flat 3 damage which helps against armies with a lot of -1 damage.  They can access a stratagem for 6s to hit automatically wound on all 3 models.  With Hunters of Beasts they are plus one to hit against vehicles and plus one damage against Titan, helping Admech’s anti-tank issue.  They can also access several defense stratagems to keep them alive.

But the biggest things for me, even more so than their damage output, is that they are objective secured, count as 5 models, and fast compared to Admech’s objective secured units.  While they don’t count for securing Hidden Archeovault points, they also don’t prevent you from securing Eradication of the Flesh if they are destroyed.  These models can help you control distant objectives or make the middle of the table very difficult to contest with them and Rangers piling on overlapping fields of objective secured.  This Freeblade unit could be a 3rd unit of Ironstriders, but I think the objective secured is so critical to Admech getting a primary advantage that I think they are worth it.  Time will tell.

Arks of Omen is brand new and almost an entirely new game with so many fundamental changes all at once.  It’s an exciting new meta that is surely better for Admech than Nephilim was.  How much better is the question, but I am eager to put my ideas to the test against so many different factions that also changed.  If you’re a fan of Forge Worlds other than Agripinaa, I think Lucius and Mars also have what it takes to compete in this brave new world.

You can follow along with all of the Art of War coaches in the War Room as we break down all the changes, publish their playtesting experiences, and generally adapt to the game. In our discord community you’ll have first hand access to the game’s greatest players who are all processing the new information and teaching it to you in real time! You don’t want to miss the excitement.

That wraps up our look at the Adeptus Mechanicus but we’ll be back in a couple of days with more great coverage of the changes in Arks of Omen. In the meantime if you have any questions or feedback drop us a note in the comments below or email us at contact@goonhammer.com.