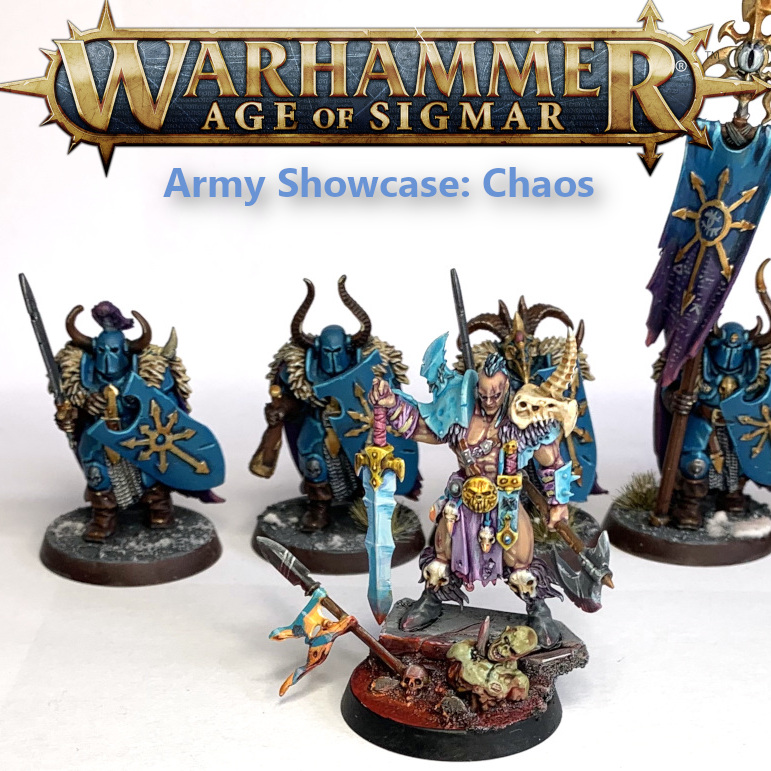 The painter: Richyp (again)
The battletome: Grand Alliance Chaos (all the stuff)
Points: 2000
Collected: In stages over the last couple of years

This army started out as the 5 Blood Warriors and Blood Reavers from the cheap Age of Sigmar starter set (Storm of Sigmar). Then I kept adding to it with some models from the full-fat starter (thanks eBay), plus a lot of Chaos Warriors stuff which were initially going to all be Khorne, but I decided to make some for the other gods.

The Blight Kings, Bloodletters and the Tzeentch Warriors were done a bit later for a bit of fun.

Earlier this year I decided I wanted to do some Nurgle stuff too, so the Plague Bearers and Sorcerer were added as both additions to this army and to my fledgling Death Guard 40k army, stupidly I based them differently so anyone bothered by different coloured bases look away.

Running the numbers through the Warscroll Builder, the whole collection stands at 2050 points 6/6 Leaders, and 7/3 Battlelines so it’s technically legal but most likely really poor in performance due to the many small units rather than nice large blocks. It also lacks something very important….

Of the 4 original Chaos gods (sorry Great Horned Rat), 3 are represented and the 4th (Slaanesh) is only represented by the Darkoath Chieftain, so I can see some Daemonettes in this army’s future.

Above are all the units of the army. Like my Death army it’s very hero-centric due to the fact I like to paint models more than play with them, so I’m a sucker for characters.

Up next are the Nurgle contingent. 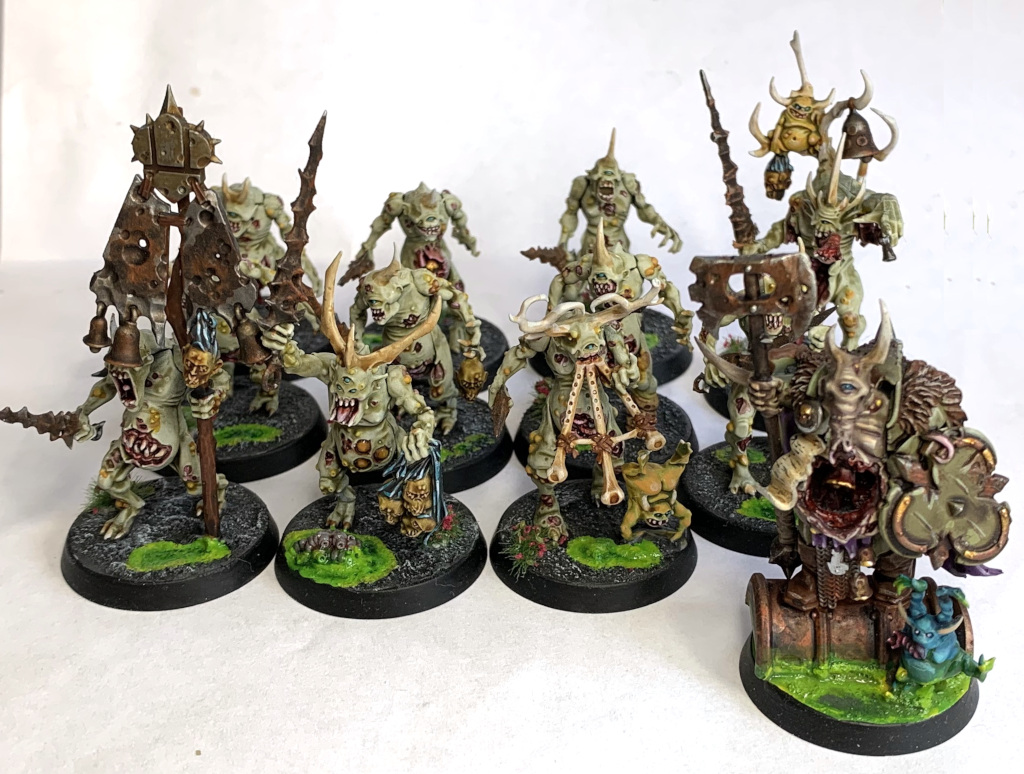 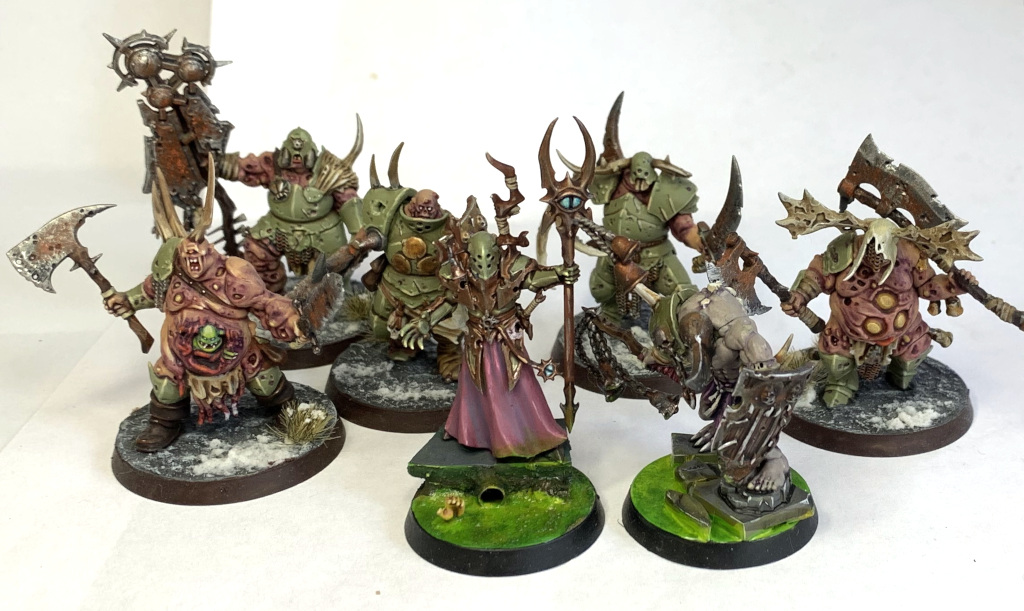 Above is a mix of Blight Kings, a dual purpose Sorcerer (he pulls a shift in my 40k Death Guard army along with the Plaguebearers above) and a Champion of Nurgle. 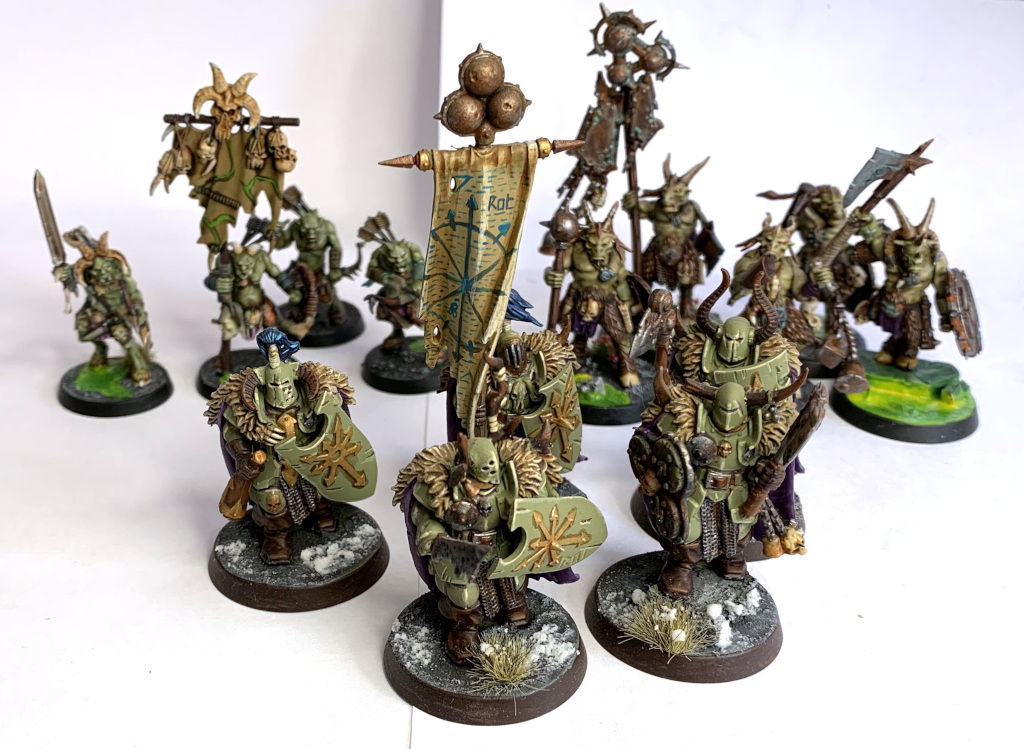 Rounding off the Nurgle portion are some Chaos Warriors, Ungor Raiders (ranged combat finally), and a few Gors all painted in a nice sickly green.

Slaughterpriest, some Reavers and a Khorgorath. 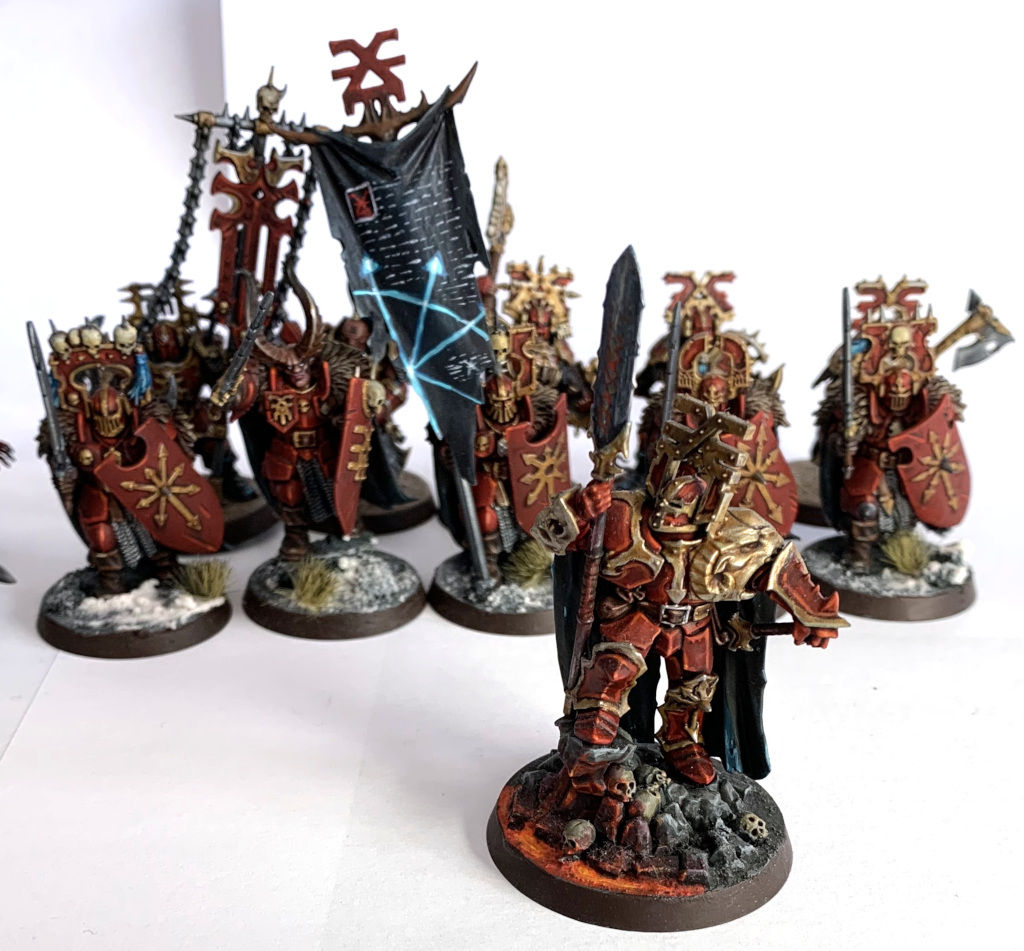 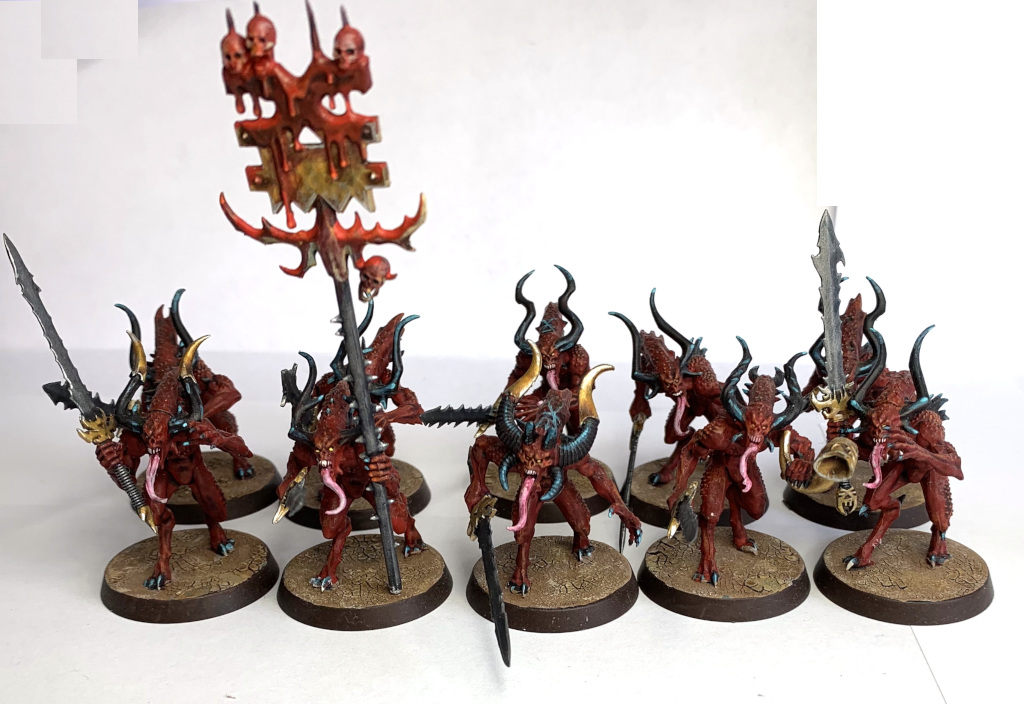 .. Some Bloodletters to represent the Daemonic side of Khorne.

That’s it for Khorne, the final image is the single Tzeentch unit and the Darkoath Chieftain. 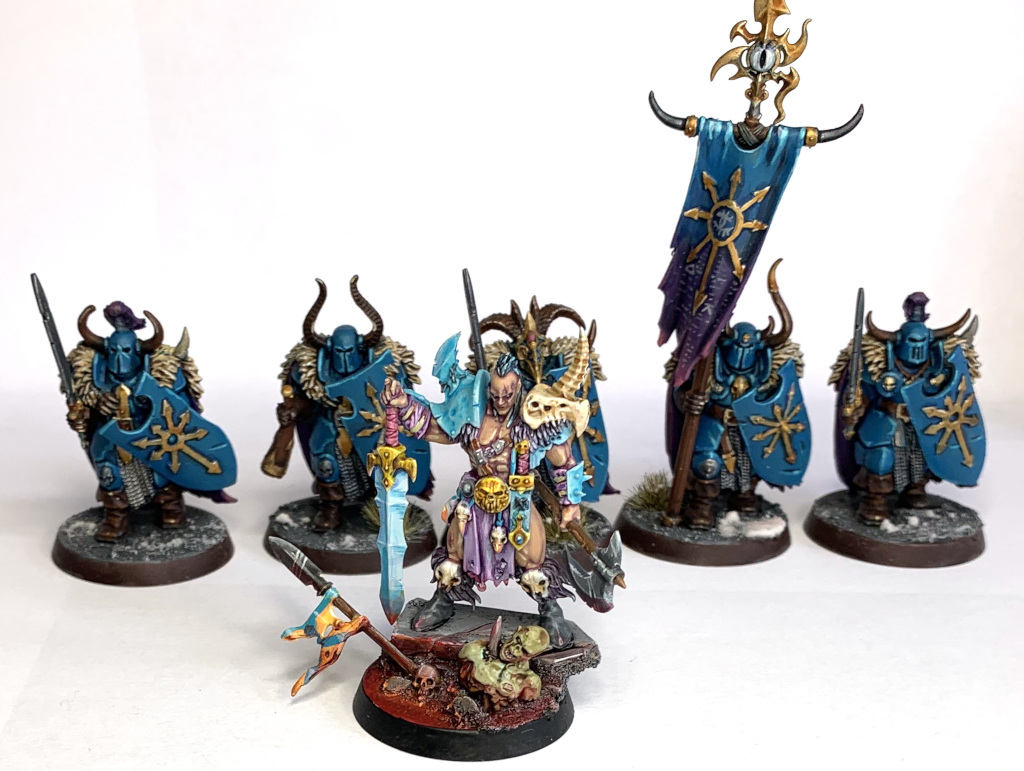 The Chieftain was painted for our Discord painting contest earlier in the year, and was originally going to be Tzeentch, but I think the purples, pinks and all round pastelness of him make him a good fit for Slaanesh and will no doubt at some point be joined by the Beast guys from Warcry.