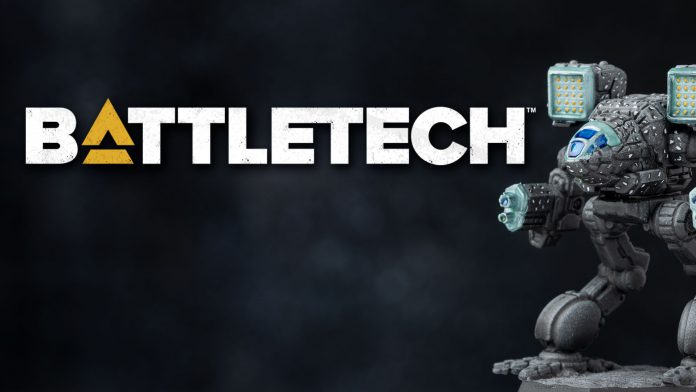 Battletech is an excellent game, but it suffers from a fairly major issue that basically no other wargame suffers from. There is no standard game size of any kind, to the point where people can develop wildly different views on the game’s balance depending on what they consider a standard game. On top of that, a lot of people play with restrictions or strange ideas about the “meta” that can skew their perceptions even further. One of the most common questions we receive is some variation on “How much BV is a standard game” and “How big of a game should I play” because the game essentially does not tell you. This has spurred on the creation of what I am calling the “Goonformat”.

The Goonformat is a set of list building rules and a standard game size wrapped together. The idea is to provide a standard format for club games/pick up games and to reduce the amount of homework a player needs to do before sitting down to play the game. The Goonformat may be revised occasionally. I am currently testing the special Lance types from Campaign Operations, and once I have a better command of them and their balance they may be added to the Goonformat.

Goonformat games come in two sizes. All BV costs must be calculated using Master Unit List, including the price of skill increases. If a player chooses to use Semi Guided LRMs, C3 Networks, or any other equipment which effects BV, they have to calculate the BV cost for the equipment and add it to the MUL BV total. 5k BV is the smaller size, and 10k BV is the larger size. Players should build a list for both depending on what other players have or are willing to play. Most 10k BV lists can be halved down into a 5k list. 5k games should be played on 2 map sheets, arranged with their long sides touching. 10k games can either be played on 2 map sheets laid out as above, or 4 map sheets laid out in a square, space permitting.

For every 5000 BV in the game, each force must contain at least 2 Battlemechs or Industrial Mechs, and may have up to 4. Each force may also take 2 Support Units at 5000 BV, and 5 Support Units at 10000 BV. A Support Unit is defined as a squad of Battle Armor, a unit of Conventional Infantry, a Combat Vehicle, a Protomech, or any other non-Battlemech unit. Artillery and Aerospace units may only be included with the permission of your opponent due to their complexity. If you bring a Support Unit, you are expected to know the rules for that Support Unit.

Unit skills are capped and may not be improved beyond a 2, nor downgraded beyond a 6. This applies to Piloting, Gunnery, Anti-Mech, and any other skill types that a unit may have. In addition, if a unit has 2 skill values, they cannot be further than 2 apart. For example, a Battlemech could be skill 2/2, 2/4, 3/5, or 4/4, but not 2/5 or 3/6. Protomechs cannot have a better gunnery skill than 3.

At this moment there are no faction restrictions or rules in the Goonformat, but they may come later.

All units with a canon, officially released record sheet are legal for use, regardless of era. Custom variants and Custom mechs could be used with your opponent’s permission, but are not recommended for standard play.

Special Munitions from Total Warfare may be used. You are allowed to swap in special ammunition after seeing your opponents list, but before any units are deployed on the board. The exception is Semi-Guided LRMs, as these have a BV cost and must be taken and declared when your list is constructed.

One unit on your force must be declared the commander, and named. This will serve a purpose in some scenarios.

Included below are a set of 6 simple scenarios for use with the Goonformat. I cannot promise that they are all perfectly balanced, and they are subject to revision, so feedback is encouraged to smooth them out. A scenario may either be chosen, or rolled on a D6 before deployment.

Both forces deploy on the long table edges, a single hex in.

Victory is determined by the total BV destroyed by each player. Whoever destroys the most BV wins. A mech that leaves the board, either with its own movement or by being pushed/displaced, only counts for half as much BV as if it was destroyed normally.

Place one Objective Marker at the center of each map sheet.

Both Forces deploy on the long table edges, a single hex in.

Victory is determined by Victory Points. A side gains a single victory point at the beginning of each turn for every objective marker it controls. The side with the highest Victory Point total at the end of the game wins.

Both players roll 2d6, with the player who rolled higher being the Attacker, and the other player the Defender.

The Defender deploys within 4 hexes of the center of the battlefield, setting up their Commander first.

The Attacker splits their force into two halves, keeping BV as equal as possible. The larger half deploys within 1 hex of a long table edge.

The Defender’s Commander starts the game powered down and may not take any actions until turn 3. It does not count as Immobile. The Commander receives a free increase of a single point in any of their skills.

On the 4th turn, the remainder of the Attacker’s forces may be deployed on any board edge and act as normal that turn

One Objective Marker is placed in the center of the board.

Both players deploy on the narrow table edges, a single hex in.

The player with control of the Objective Marker at the end of the game wins.

Players alternate selecting map sheets until all are selected. Each player may deploy within 3 hexes of the center of any map sheet they chose.

Victory is determined by the total BV destroyed by each player. Whoever destroys the most BV wins. A mech that leaves the board, either with its own movement or by being pushed/displaced, only counts for half as much BV as if it was destroyed normally. The Commander is worth an additional 500 BV.

Both players secretly select one of their Battlemechs to be a Traitor. Players roll off and the winner may select to deploy as if they were playing Dropship Assault or Frontline Combat.

You may not deliberately target your own traitor with any attacks, but other blatantly suicidal actions are encouraged, such as ordering him to charge an Atlas or to go swim around in a swamp for a while.

Victory is determined by the total BV destroyed by each player. Whoever destroys the most BV wins. A mech that leaves the board, either with its own movement or by being pushed/displaced, only counts for half as much BV as if it was destroyed normally. The Traitor is worth his full BV, plus 500, to his own side if he is destroyed, and worth no BV to the player who destroyed him.

I hope this is useful as a tool to organize games and provide a more standard set of rules for playing this game. I really would appreciate feedback on any aspect of this, as, while I have playtested this, I still am not 100% sure about everything in it. Also, let me know if I just missed anything, as I tend to do that sometimes.

Edit 2: Clarified that yes, you do have to pay for C3 computers and Semi Guided LRMs.