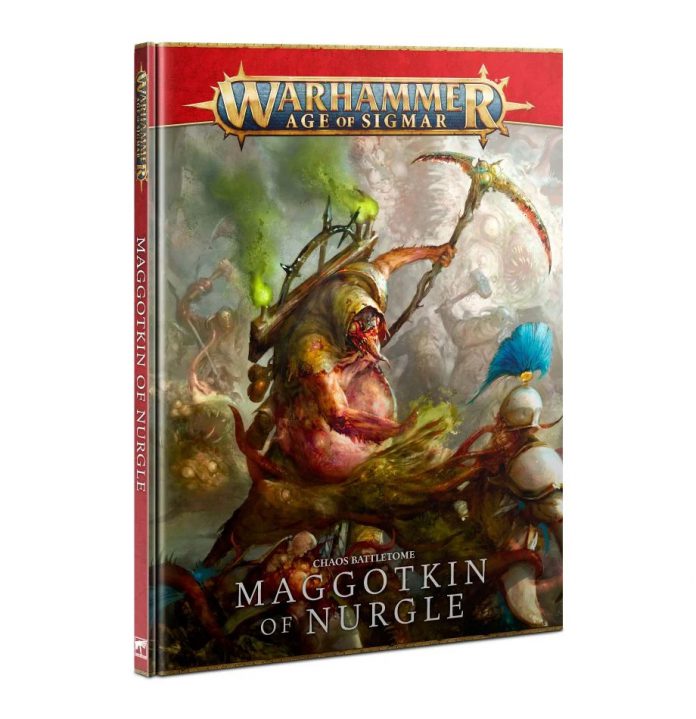 Almost 2 months out and we got our FAQ for the Maggotkin of Nurgle. The book was generally fine, without much room for exploitation nor did it lack clarity. Still, no book is perfect and there are burning questions to be answered.

Most of the issues here are due to some poor word choices that didn’t make things totally clear. Namely the choice of using “CP” as an abbreviation for Contagion Points was a very poor choice as it confused many players with Command Points. CP was not an officially used term for Command Points but it was a very common player-used acronym, hence the confusion. The FAQ clarifies anytime you see CP, it’s Contagion points.

The other common confusion I’d see in the wild is some poor syntax on the Gnarlmaw. The Gnarlmaw Warscroll states you receive a Contagion Point “For each Gnarlmaw on the field” which can easily be interpreted as both “If you have 3, each grants 3” or “1 for each”. I assumed the answer was the latter, as the other could spiral out of control way too quickly and the confirmation is that it is indeed 1 per tree. On that note, you can summon them outside or partially outside your territory, if there was confusion there.

Rotbringer Sorcerers in a Rotbringer coven count as 3 models, which likely stemmed from some similar models which could start in 1 unit and then spread out after. They’re 3 seperate units, they just get some funky rules on top.

The final little piece is Wrath of the Everchosen subfactions being invalid. I think we all assumed that was the case but technically it didn’t say you couldn’t. So now they’re dead. Expect the rest of the chaos factions to follow suit as their new tomes hit.

The errata is similarly very in the weeds about changes, mostly based off word choice or semantics. A cheeky missing qualifier in The Feculand Flask said a Beasts of Nurgle model would spawn if the bearer died, but failed to clarify under what circumstances they died. So they said if they died as a result of this artefact, the clear intention.

The Noxious Nexus originally didn’t work at all. It said “one unit counts as two for purposes of the Diseased trait” except, you can only proc diseased once per phase, no matter how many units! I suspect early on in development, the idea was that each unit would give one disease point, and this was nixed as being too snowball-y or favoring multiple small units and the original wording of this artefact wasn’t fixed. It now causes 2 disease points as it should.

The most exciting change here is the one to the battle tactic Gifts of Nurgle. It was previously way, way too high a bar clear. It required you to get a disease point from every unit you started the turn with. Unless you were down to your last few models it was asking a lot. Now it merely asks that you get 3 units into combat with the same unit. A much more reasonable request.

The final change to Horticulus Slimux is very “blink and youll miss it”. The only difference is the original wording said you had to put it a certain distance away from “all models” meaning you couldnt put it down because it’d be within 0″ of itself. Very silly and probably not something anyone actually had a problem with, it does say “All other models” now.

Not super exciting. The book was released fine with very little ambiguity, mostly around the wording of Gnarlmaws generating Contagion Points and the unfortunate use of CP as an abbreviation for Contagion Points. I don’t think any major corrections were needed so we didn’t see any either.

The only really notable change is Gifts of Nurgle being far more generous, which means we’ll probably see it used much more often now. Go spread the love, Nurgle players!