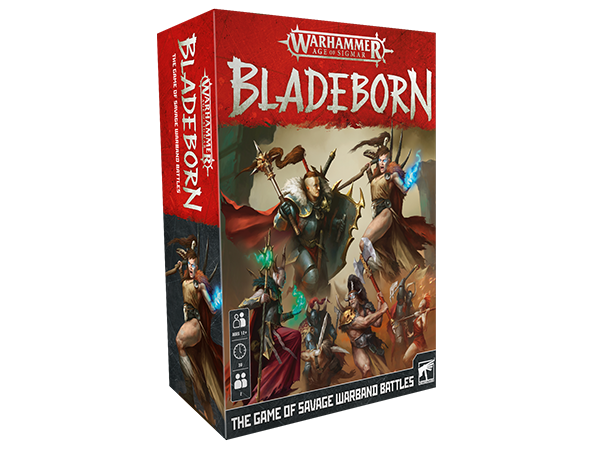 Miniature wargames can be intimidating. I’ve spent years trying to convince my gaming buddies to pick up a ruler and slam hams with me, to little avail. Points, lists, sprues, terrain, rulers, and assorted other elements of wargames make for a steep learning curve. Games Workshop knows this, which is why they’ve spent so much time over the last few years creating and releasing games to let you jump on that curve at the most comfortable location.

A couple months ago I reviewed Fireteam, a distillation of Kill Team marking the easiest entry into the Warhammer 40k universe. Bladeborn, GW’s distillation of Warcry, was supposed to release at the same time and provide a similar entry to Age of Sigmar. A production mishap caused the delay but Bladeborn should be finding its way to the shelf of your local Barnes & Noble shortly. And like Fireteam, it’s a perfect entry point.

Bladeborn pits two hard-scrabble warbands (repurposing various Warhammer Underworlds warbands) against each other in a bloody battle for prestige. Riches too, probably, but at the end of the day what warbands in Bladeborn really want is the chance to maybe, possibly, apply to be a low-level enlisted grunts in the armies of Archeon the Everchosen without being killed for sport or out of boredom. That may seem like low-stakes, but for these bloodied combatants they couldn’t be higher.

Games are fast; a single card determines the board layout and victory condition with another card providing a Twist. These tweak the game in small yet significant ways, like restricting movement or making combat more potent. You wouldn’t notice if they were gone, but their presence wrinkles the necessary tactics each time you play.

Combat plays just as quickly. Fighters are defined by a simple statline and are generally going to do 1 of 2 things on their turn: move and fight. There is minimal ranged combat in Bladeborn so fighting tends to mean getting up close and personal. Objective placement and round-by-round scoring ensures play is dynamic, as does the ability system. 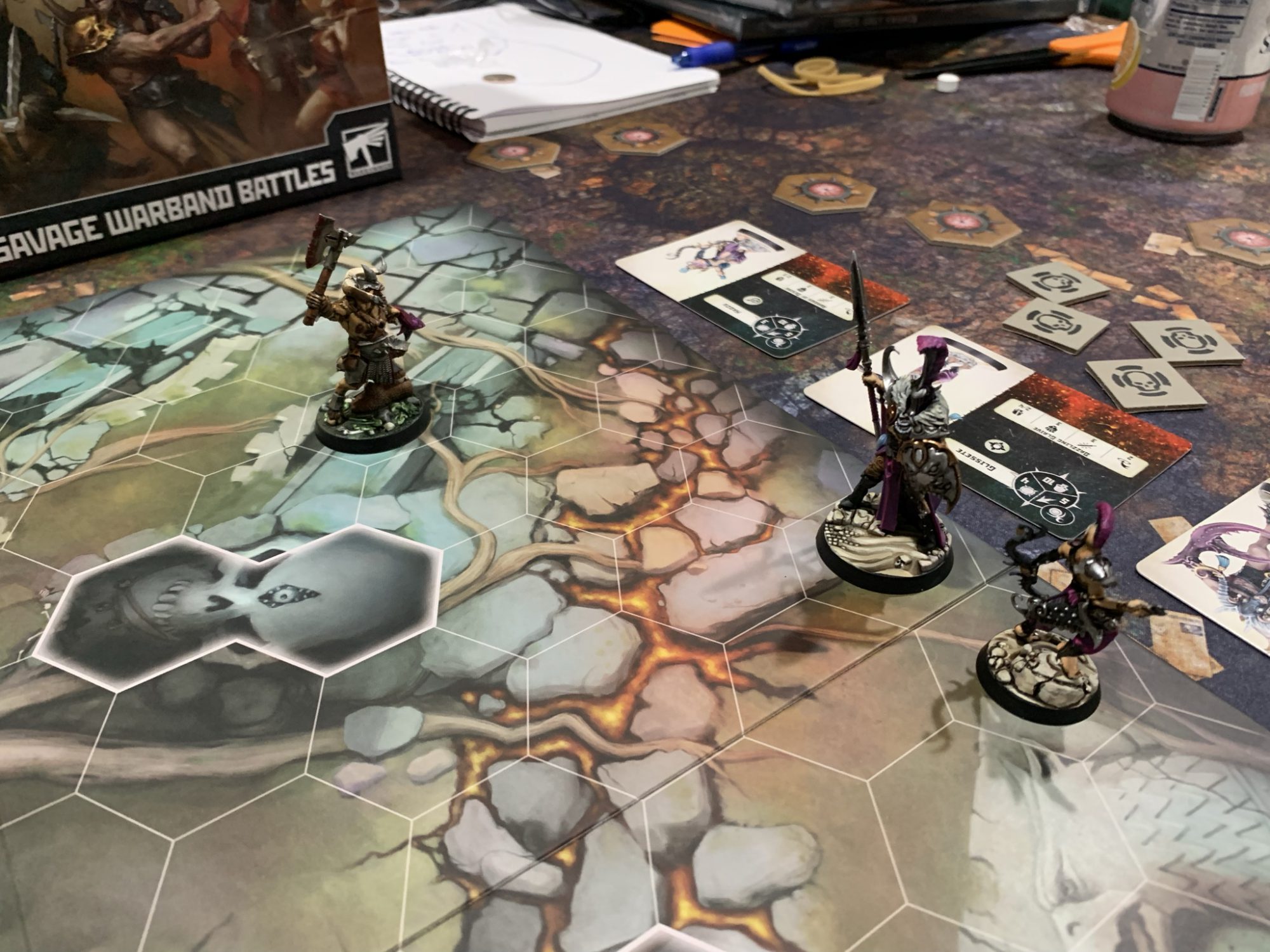 This is copied directly from Warcry. You roll 6 dice and divide them into doubles and triples. These can be spent by your fighters to activate various abilities. This is primarily where Bladeborn captures the feel of the warbands you’ll bring to bear. The Eyes of the Nine are chaos sorcerors who can re-summon Blue Horrors. The Dread Pageant, Slaneshii fighters, can lure their opponents toward them before unleashing scything attacks.

None of this is complex; Bladeborn is simple to teach and plays briskly. It’s also mechanically so close to Warcry that you could use it as a teaching game before adding the rest of the rules. However, don’t move on so quickly. Bladeborn stands alone in its own right particularly when you add the simple campaign mode.

The structure here is dirt simple: play a game and the winner becomes the Adversary in a Convergence battle. Play another and if the Adversary wins they gain a permanent boon and you go back to Step 1. First player to win their third Convergence ascends and is one step closer to glory (such as it were). The catch for the Adversary is that your faction has a bespoke Convergence “bonus” during that battle, that typically hurts your warband. It’s a bit of a catch-up mechanism but is another layer of flavor that adds the narrative Games Workshop is known for.

A note for Warcry players:

Just like my note at the end of the Fireteam review, there isn’t really anything in here for existing Warcry players with the exception of the rules for the various Underworlds warbands supported by Bladeborn. The supported warbnds are: Khagra’s Ravagers, the Godsworn Hunt, Grashrak’s Despoilers, Garrek’s Reavers, and The Dread Pageant.

If you have any questions or comments leave them below or email us at contact@goonhammer.com. A review copy of Fireteam was provided by Games Workshop.