BLUNDERDOME, ROUND 3: THE MATCH-UPS

Welcome back, dear reader, to the third and FINAL round of BLUNDERDOME! Last week we set our second round match-ups and watched with glee as our dumb players were forced to push their dumb lists around on the table and win dumb prizes. After tallying the results we’re back again this week with even more stupid games to play. But before we dive into this week’s Match-ups, let’s recap THE RESULTS:

Unlike our boring round 1, Round 2 gave us a hilarious upset:

Going by our scoring rubric, which rewards players for winning their games and for having the lists they built lose, that leaves us with this current scoring:

After a monster week in which he both won his matchup against Chaos Space Marines and saw his list upset by the T’au list, Scott is currently riding high as KING OF BLUNDERDOME with 12 points. Innes is hot on his tail however with 9, and Greg sits just behind them with 7. It’s still a fierce competition however and the right losses next week could swing the whole thing. If Chase loses to Tyranids then Scott will clinch victory. Otherwise it’s going to be close, since Tyranids losing scores Innes a tiebreaking bonus point. Otherwise, it’ll come down to Innes’ ability to win a game with the Necrons list. And Greg could always come screaming from behind with a 6-point showing that puts him in first place with the 1-point fan voting tiebreaker. IT’S ANYONE’S DOME, FOLKS.

In round 3 we’re continuing our single-elimination bracket, so the losers of last round’s games will play again this round, and then we’ll re-seed the winners in order to get them into more games in a way that makes some kind of sense.

THE MISSION: THE SCOURING 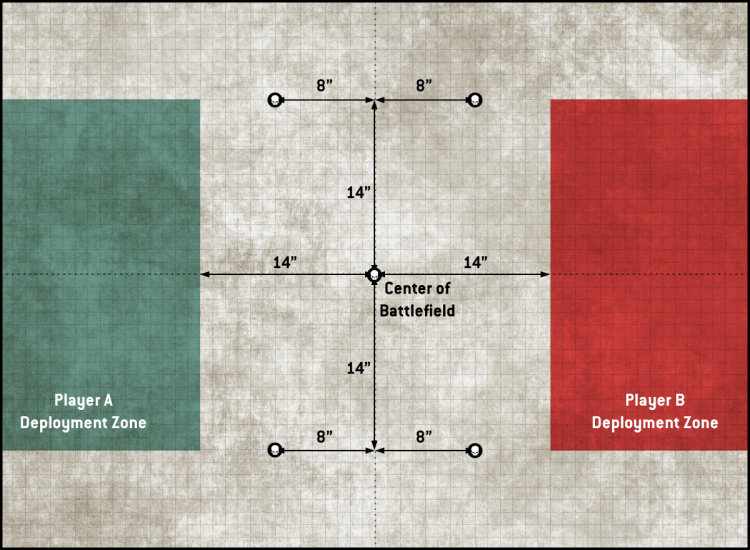 This could only ever really end the one way: The worst lists must play on the worst mission. With zero “home” objectives for each player and hold two/hold three for primary objectives, it’s no wonder the Scouring is by far the lowest scoring of any of the GT 2020/2021 missions. Some of our lists are particularly fucked on this mission and it’s going to be fun watching some of them hopelessly figure out how to score any primary points.

After two weeks running roughshod over some bad lists with an all-melee army that’s surprisingly deadly, Scott may have finally met his match in the BLUNDERDOME WINNER CHAMPIONSHIP GAME, where he has to take on Drukhari. Mike P knows almost nothing about Drukhari, knows very few of their stratagems, and will still probably win because Drukhari just play the mission so well. Scott’s advantage here is some good durability and high-AP weapons, and if he can remember that he has the ability to fight twice with Khorne Daemons that may come in handy, but he also only has 6 units and that makes it very hard to score Engage on All Fronts, hold multiple objectives, or prevent scoring on Herd the Prey. Drukhari are gonna go 3-0. Book it.

The Scouring is a nightmare for Innes’ Necrons list, since having zero home objectives means he has to deep strike at least one, and probably two, of the Pylons to have a chance at scoring any primary points, and even then that’ll likely only work if he has the first turn. Otherwise, Greg’s Darkshrouds come screaming out and sit on the objectives before Innes can arrive on the table. He probably keeps one Pylon just to remove Darkshrounds but even then it may not be enough since Greg also has plenty more bodies to hold things. The one thing working in Innes’ favor is that, well, Greg’s playing down 400 points yet again:

Also, Greg is Greg. And while he’s playing with a huge advantage list- and mission-wise, Innes has that dangerous combination of being a great player and being insanely competitive that may lead him to try some daring shit and squeak out a win somehow. This match-up has my vote for being the most likely upset of round 3, and if Innes does win, it’ll cement his win at the event.

The Cultists got completely bodied by Daemons last round while the T’au managed a surprise victory over the Astra Militarum’s Vanquishers and their reward is getting paired into each other. The Drones have almost no meaningful way to kill the Cultists, at least not in the numbers winning would require, and while the Cultists will struggle against T4 drones, they have the sheer numbers to pull off a grinding win here. The Cultists are bad at shooting and bad at fighting but they’re better at both than the drones plus they have more bodies and obsec. The most fun either player will have in this game is watching Liam try to fit his army in the deployment zone for the Scouring.

Much as I’d love for there to be a second T’au upset this round, the Chaos Space Marine snap their losing streak here. 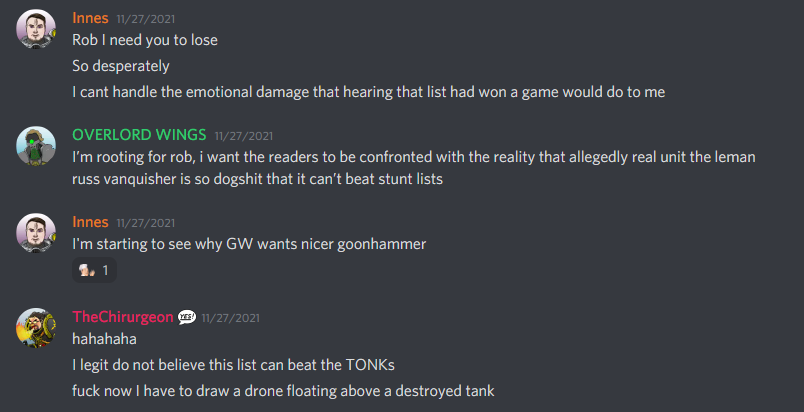 This is it. The big finale. Two shit lists enter, only one leaves. The Tyranids have put up a heinously weak performance so far, losing to a Necrons list in round 2 that had only 4 mobile units. Meanwhile the Astra Militarum list actually lost to a T’au list that only had three guns. There’s a lot on the line in this matchup as well, with Innes’ and Scott’s respective lists dueling as they duke it out for top points in the event. The Astra Militarum list theoretically has the firepower to take down some Tyrannocytes and kill spore mines, and has more bodies to work with for scoring. But the Tyranids can use their spores to kill tanks and characters pretty effectively, racking up either Assassination or Bring it Down points. In the end, I suspect the Astra Militarum will win, though.

Next Time: The Results and the CHAMPION OF BLUNDERDOME

That’s it. Join us next time – on Monday – when we look at the results of the final round of BLUNDERDOME games and crown our dumb, shitty winner. We’ll also do a mini-roundtable of final thoughts on the games and the lists, talk about what we’ve learned, and our favorite moments from the event. In the meantime, if you have any questions or feedback, drop us a note in the comments below or email us at contact@goonhammer.com.