Part 2 of our Broken Realms: Kragos coverage goes over new battle traits and a new Battalion for the Skaven. The skaven have a small part in the book, attempting to take over the Free City of Excelsis in Ghur. To represent this on the field, some new rules are here for Matched Play including a new Battle Trait, updates to Clan Moulder and a new battalion.

A new battle trait for all Skaventide armies is the Hidden Weapon Teams and it’s a cool little rule. You can deploy a Weapons Team inside a decent sized unit that has 10 or more models. You can deploy these at the start of the shooting or end of the charge phase. I’d love to try out an army with a bunch of Clanrats and Warpfire Throwers inside those units. Would be interesting for sure. I really do like this rule though, just as a nice flavourful addition to the Skaven ranks, even if it’s not going to make the army better overnight.

A pre-existing allegiance, Clan Moulder’s faction trait was not great. It allowed you to pick one Fighting Beast for each Master Moulder in your army. and grant them an extra D3 wounds and rerolling 1s to hit. This has been changed slightly, while you may use the old benefit you can also pick one of 9 “Mutations” which work similar to mount traits in some factions. You also get one mutation for free in addition to all the normal Prized Creations you’re handing out.

Some of the monster traits are quite interesting. You can pick from for 6 different ones for  Hell Pits Abominations or 3 for Rat Ogres. These range from making the Hell Pit tougher to kill, making it always move/charge 7″ or just making it hit a little more in combat or heal more often. It’s a nice little addition. The Rat Ogre ones are however really really good. +2W and +1Save? +2A and Reroll Charges? Great! The last one makes them slightly quicker and a small heal. Those first two however? Sign me right up. Reckon you might actually want to take a single unit of 6 now, heck, maybe 9? Screw up, stack up on those bonus wounds and save. 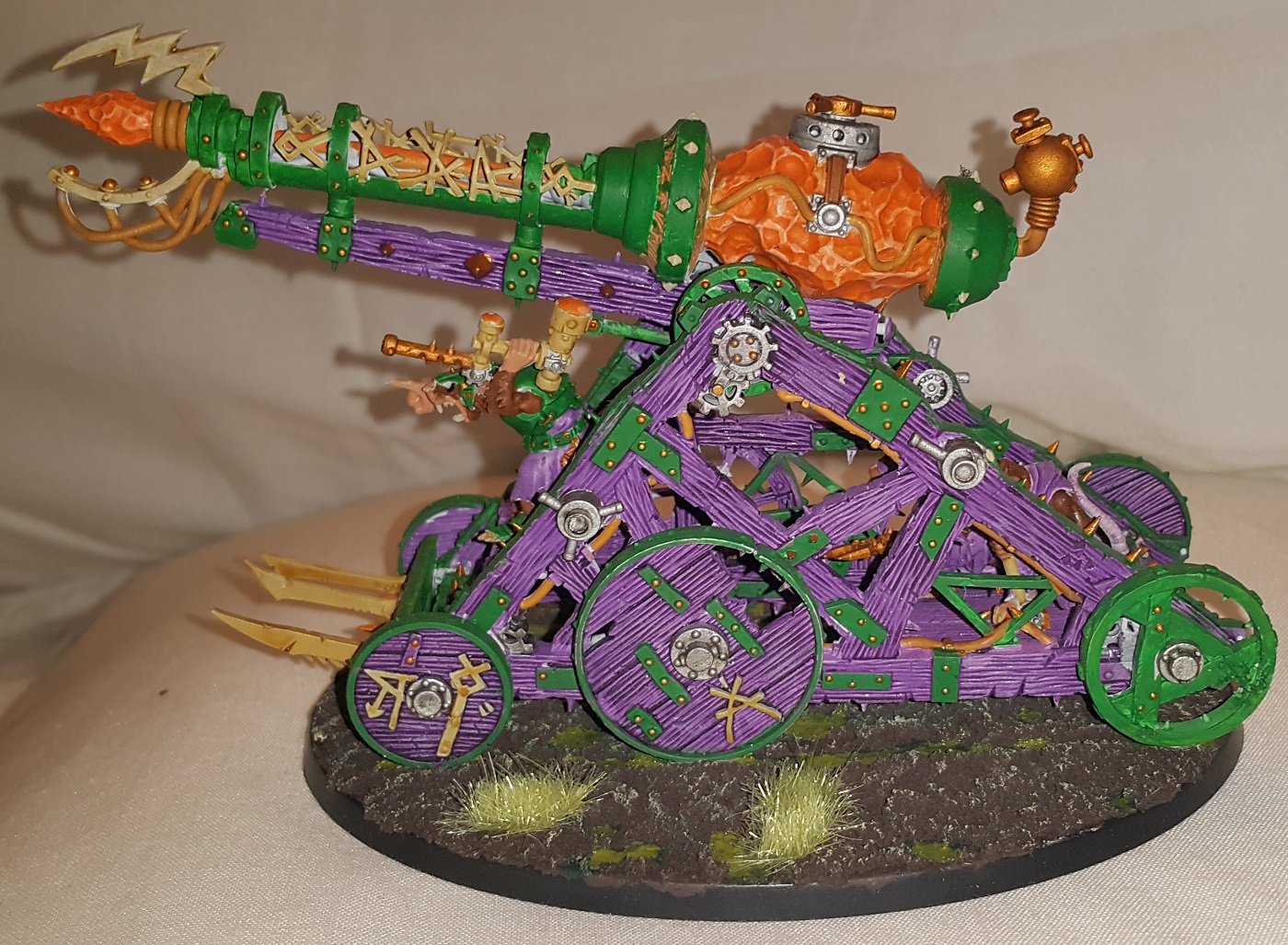 Similar to the Beast of Chaos one – you gain a Unique Named Character and his Doomrocket is at +1D and you can re-roll hits. The melee shock gauntlets of the stormfiends gain +1D while wholly within 12” of that 5W, 5+ Save Warlock. Least this is only 1 Warlock, 1 Warp Lightning Cannon and 1 Stormfiend unit but however it’s fairly expensive as a group, especially as you’ll want to put at least 6 in the unit and only get the benefit on 2 of the weapons in there. Can’t see this ever seeing the table though, which is a little disappointing.

Overall for the Rats we’ve got a very cool little rule for Weapons Teams, a really nice little bonus for one of your Fighting Beast units and a never to be seen again Warscroll Battalion. It’s really interesting to see what might come from these changes.

Next up, one of the most hyped up models, the awakened Lord Kroak leads the Seraphon in a plot to stop Kragnos from destroying the mortal realms!