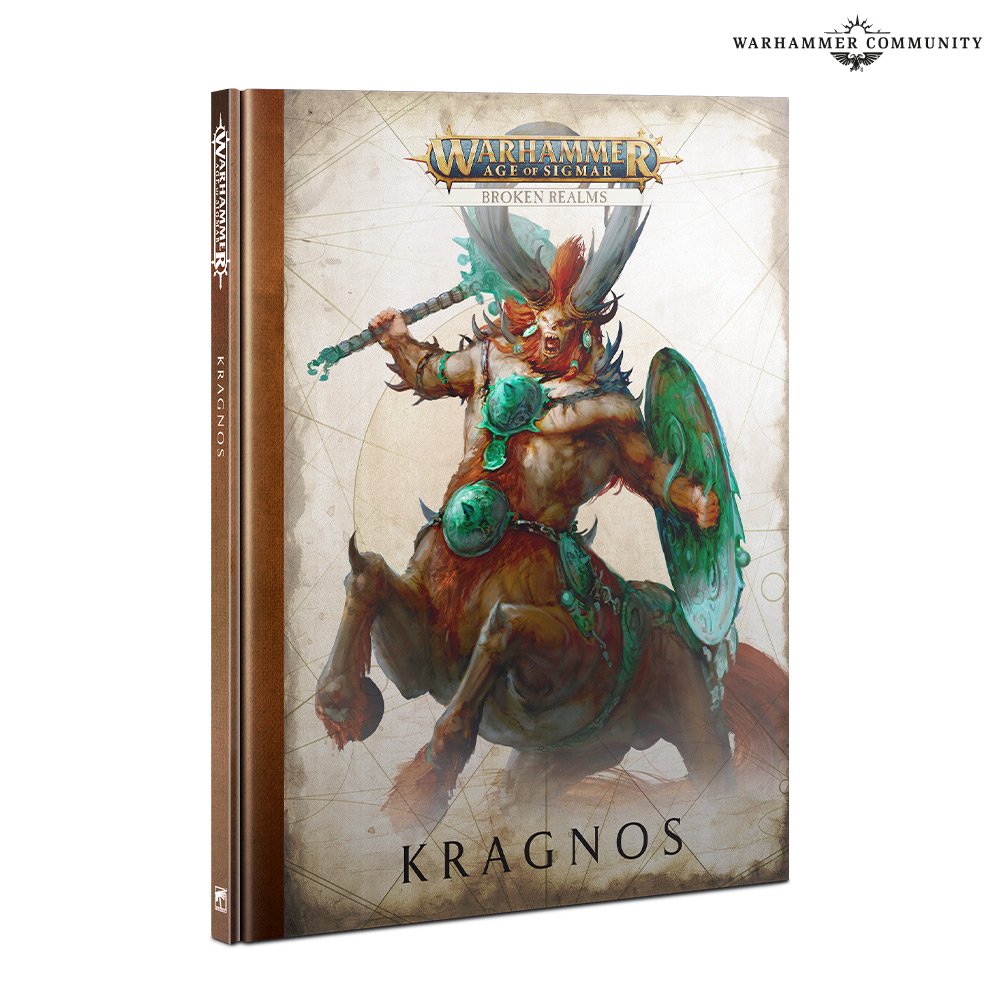 The Gloomspite Gitz are follower of Kragnos as well and while small, they are dangerous in large numbers. I’m going to be up front here, technically there is nothing new here. Similar to how the Ynnari and Inquisition were handled in 40k’s Psychic Awakening campaign these are White Dwarf articles that have been compiled into a single book. White Dwarf did a series of subfactions for the Gloomspite Gitz, which was a bit of a welcome breather to a faction that did not have any. They didnt  save the Gitz from languishing in low tier, but when you had no subfactions at all any new subfactions looked pretty good.

I’ll go through each of the subfactions and give them a broad overview, with a link to the original White Dwarf article reviews I wrote if youd like to learn more.

While technically a new warscroll, it really serves as a bit of bookkeeping for 4 previous warscrolls, condensing them into one. Originally, the Bad Moon Loonshrine let you bring back a dead unit of Shootas or Stabbas at half size on a 4+. Each of the new subfactions had a major focus on one of three different subtypes of the Gloomspite Gitz, namely Squiggs, Troggs and Spiderfang. Each one included an optional war scroll that let you change which units came back, so a Squig general could bring back Squig units, and so on. Instead of four different warscrolls it condenses it down into one, letting you know which units can be revived based on your General. Not necessary really, as it doesn’t change the rules any, but less pages to keep track of.

An overarching theme with all the subfactions is how it requires you to have an appropriate General to get the full effect. This means no Skragrott, who is one of the better Named Character Generals in the game. You can work around him, but it’s not always fun.

Originally published in White Dwarf #455. The Jaws of Mork are the ones who’ve shown the most promise of the new subfactions. How much of this can be chalked up to Gloomspite players infectious love of Squigs is hard to say but I’d venture it had a lot to do with it. The abilities it brings to the table aren’t bad, it makes charging more reliable, and more punishing when you get into the charge. If you want lots of Squigs there’s only positives in taking this. 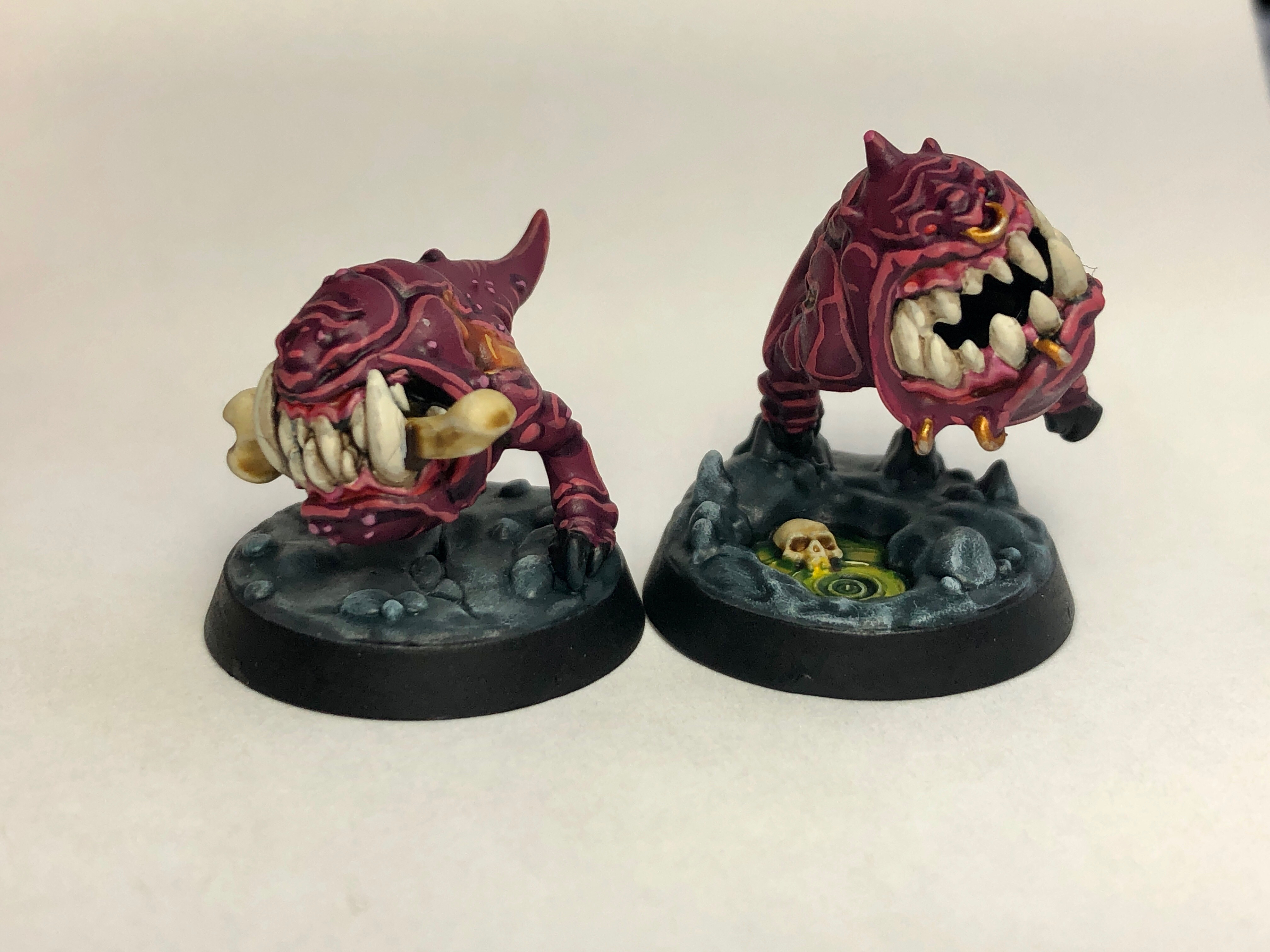 Originally featured in White Dwarf #457. This is again reproduced entirely as written, I still like them because it’s a very different playstyle from “Traditional” Gloomspite Gitz, filled with tanky elites instead of swarms of little guys. Not as popular, but different. Glogg’s Megamob gives a lot of tools to make them even tankier and harder to kill, with better health regeneration and feel no pain. Their CP regeneration also makes not being able to make Skragrott the General hurt a bit less.

Originally featured in White Dwarf # 459. Grimscuttle tribes let you use lots of spiders, which isn’t as varied as Squiggs or has a unique playstyle like Troggoth lists. It does have a number of fun powers. Actually fun, not “Fun” like rerolling hits and wounds against Wizards and Priests and getting to receive full benefits from the Badmoon, even if it disappeared off the map.

My overall conclusion of this section is that its all a bit lazy. I appreciate reproducing the White Dwarf subfactions for the benefit of people who either don’t have those issues or don’t want to lug around 3 different magazines everywhere they go. The way it’s included is bizzare though, why these? Slaanesh has one of the most popular White Dwarf subfactions and they didn’t reproduce those despite being in this same book. There’s been a serious lack of Destruction Grand Alliance content, despite it being a lead up for a god of Destruction. It feels like a token toward those players so they get something, even if it’s old content. At the very least they could have expanded the list of artefacts and command traits to make it a little more exciting.

The moment you’ve been waiting for, Kragnos himself is getting his own separate review! Stay tuned!