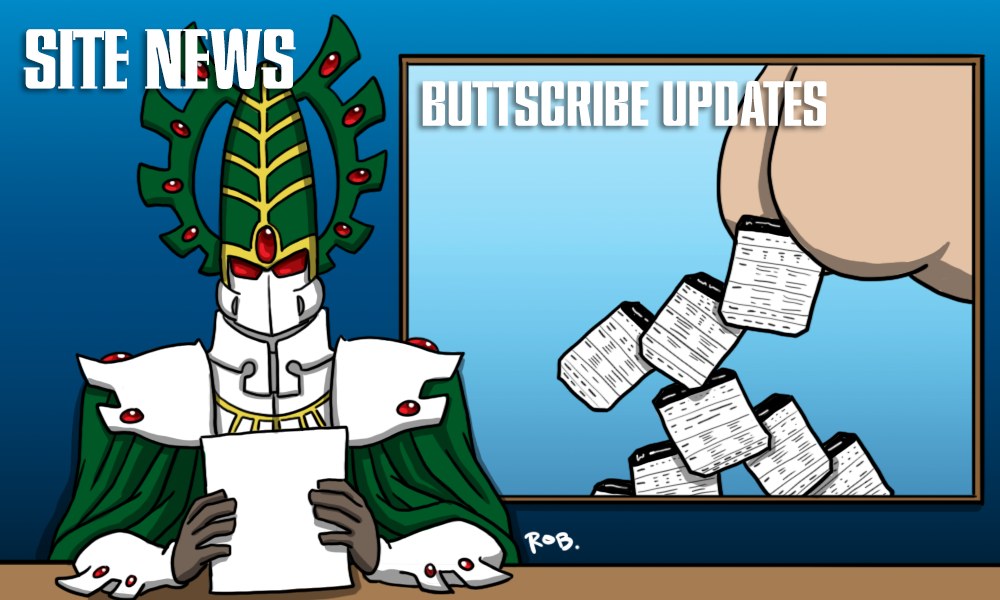 Just in time for most of us to regain access to our office printers, get ready to blast through your boss’s supply of toner. Reader, it’s Crusadin’ time, and ButtScribe, everyone’s favorite portable way to access Warhammer rules that doesn’t require doing IP infringement, has been updated.

In addition to some much-needed clean-up and bug fixes, the main idea of this update is to add “support” for Crusade, in the form of replacing the army list summary page with a Crusade Order of Battle, and attaching a blank Crusade card to every unit (this is optional, and can be turned off). The cards are largely empty, and left to be filled by the user as your army grows and Becomes Powerful over time. This is partly dictated by Battlescribe’s limited support for Crusading, but if I’m honest I probably wouldn’t have done it anyway – the only reason this happened at all was because I suddenly have a campaign to play in, so I had to get off my duff and make something happen.

If you’re not sure what to make of this thing, I’m right there with you – ButtScribe is somehow simultaneously both a half-assed joke and a serious attempt to offer the community something useful. I’ll sit down and tweak spacing or margins for hours until it’s juuuuust right, and agonize about what fields should appear in what order, and then, at the same time, all of the output is in greyscale because I don’t feel like buying a color printer. I dunno, man.

Head on over to ButtScribe, and give CRUSADE MODE a shot.