Welcome back to Catching Snowflakes, our series of tactics articles covering the less popular or prolific factions of Infinity. In this week’s article we’re talking about Druze Bayram Security.

Musterkrux is here with another dose of the ‘Pleasant lies’ that you need to help yourself sleep at night (we know what you did, you monster). Today, we’re going to talk about the best faction in Infinity. Welcome to the Druze, the original ‘Hard-mode’ faction for Infinity. Well, back in the day, anyways – N4 has been good to us but don’t let that stop you from blaming the faction instead of yourself when you lose games.

“-We could be worse” is a curious battle cry (Photo credit: Musterkrux).

The question here is: How many Druze are you putting into your Druze Fireteam? Generally the answer will be between 1 and 3 depending on how flexible you want your toolkit to be. Your main shooter would either be the HMG or the Multi-Sniper, with the Marksman Rifle profile being a distant third. On first glance, the HMG might be attractive due to the burst advantage in Active but Mimetism on the sniper (as well as the ammo types) makes it a much closer comparison. Additionally, the Sniper wins out in ARO due to Ammo options.

Now, we’re playing Druze so considering the feelings of your opponent is entirely off-brand, which means we’re going to seriously consider taking the X-visor EM Grenade Launcher. Don’t fight it, just relax and let the misanthropy flow through you. If you want a third Druze in your fireteam, it might be the Marksman Rifle as a backup shooter, a Hacker (but likely only if you’re not taking a Brawler or Valerya, see below), or a generic loadout (Lieutenant or not). With Druze’s access to Repeaters, Pitchers and Peacemakers, I think there’s a strong argument for a Hacker in this fireteam purely for access to sixth-sense Hacking AROs. Valerya is good but she’s only moderately better in ARO than the Brawler Hacker, who is 4 points cheaper. There is no wrong choice, however.

Once you’ve sorted out your Fireteam’s ‘toolbox’ pieces, just fill the rest out with Brawlers and Authorized Bounty Hunters. Easy.

Lots of exciting choices here, you can start your Haris with either any Druze or any Brawler. Yup, that’s it. However, to be fair, access to wildcards does help you out a lot here. I don’t hate the following:

Brawler Engineer, Clipper Dronbot, Authorized Bounty Hunter: Clocks in at 47/1.5 and gives you access to a Burst 2, BS 12 Missile Launcher (in both Active and ARO). Brawler Engineer is a smidge pricey but now that remotes go prone when they go unconscious, you’re far more likely to get a chance to repair your ARO-Clipper these days. This Haris also gives you an excuse to try Guided Fire, leveraging all of those Spotlights you’ve racked up in ARO with your midfield Repeaters and Pitchers.

No chain of command but at least you’ve got access to ample Veterans, right? Right!? My pick is the Brawler, as long as they’re kept in your backfield (particularly in your Fireteam: Core, 6th Sense is a helluva drug). You can possibly afford to lose your Lt if you have enough Veterans in the list. There’s an interesting discussion to be had here regarding the number of Veterans one might run in order to mitigate Loss of Lieutenant and still have a relatively productive turn. My gut-feel is 3 but your mileage may vary depending on your appetite for risk, how aggressive your meta is, and what the rest of your list might look like.

Hacking game: While our hackers, individually, aren’t amazing we do have the ability to deploy a relatively comprehensive hacking network quickly and easily. Not only do you have Fugazi and Pathfinders in significant numbers but between Peacemakers and Hunzakuts, you can litter the mid-field with Repeaters. Finally, you also have access to Pitchers from both Valerya and any Druze Hackers you’ve got hanging around. Throw a Hacker into your Fireteam: Core for that sweet, sweet Sixth-Sense goodness and you’re laughing. To reiterate, it’s not just the quality of your hackers that matters but also how far your hacking network reaches that determines whether a faction can hack.

These hacking AROs will serve you well in collecting a selection of Targeted enemy troopers to drop love onto in your active turn (by Clipper or by E/M grenades).

Double TAG-on: Scarface is an excellent TAG for his price. That he also gets the option to drag either Cordelia, Brawler or Wildcard around behind him is just lovely. Between both Scarface’s buffs and the Anaconda’s, you’ve got access to two relatively low-price TAGs that have serviceable performance. Neither is amazing but Druze is one of the few factions that could run a two-TAG list without tripping over its own feet. You may want Scarface to take the AP-Spitfire loadout and the Anaconda to take the HMG to play to their respective strengths while also ensuring that you’ve got at least one decent shooter past the 24” range band.

Spec Fire E/M Grenades: Some argue that it’s a Negative Play Experience (NPE) to get locked out of a game by a lucky EM grenade bricking their Avatar/Cutter/Fireteam of HI or throwing their obvious Lt into Isolation from across the table with minimal counter-play. It is a valid concern, to be sure. However, we’re all playing the same game (everyone can play Druze if they want to) and Druze gets precious little love elsewhere, so I’m not an opponent of Speculative Fire with EM Grenades. However, I’m not a strong advocate for it, either. In a fireteam with an X-visor, you’re likely spending an order to roll a single die, looking for 9’s to hit (45% chance to succeed), with your opponent dodging on -3. Even if you do land it, your opponent then needs to roll BTS halved twice against damage 13.

So, napkin maths would suggest that your best case scenario (BTS 0 model that isn’t even dodging) for a Spec-Fire shot has a 40% chance to succeed, while trying to brick an Avatar is something much worse, approaching 20%. It’s entirely possible to gamble your entire first turn away chasing that sweet, sweet 1-in-5 decapitation strike. Just remember the Gambler’s Fallacy, just because you’ve failed to hit the last four orders doesn’t mean your probability of scoring that three-pointer from downtown on your next order has improved.

Consider the to-scale diagram below, it demonstrates the board coverage of a Grenade Launcher (with X-visor) +0 range band, starting in your DZ: 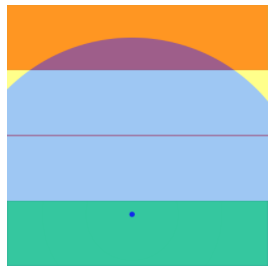 Everyone in the blue circle have clenched their sphincters, everyone else is tensing in anticipation

Even accounting for a conservative deployment (a few inches back from your 12” line) your +0 rangeband covers the entire mid-field and with a single order spent Move-Moving (even at Druze-Speed) you’ve likely got everyone dialled in with that +0 range.


Spec Fire is a useful trick to keep tucked away in your toolbox, and some of the value of it comes from presenting that threat to your opponent and how it changes the way they play their game. They’ll feel pressured to cross the mid-field, break into Fort Kickass, and try to curb stomp your fireteam. All the while your hackers and other defensive pieces are chipping away at their momentum.

Essentially, the TLDR on E/M Speculative Fire in Druze is:  “It’s a great plan B but it’s a terrible Plan A.”

Specialist Saito: Saito Togan is a mammal. Saito Togan fights all the time. Saito Togan’s purpose is to flip out and…push buttons? Saito seems to only have figured out the On/Off switch for Objectives while he’s working for the Druze. He’s a bit pricey but when you want to either score a cheeky scenario or mix it up with some melee, Saito is your man. …Ninja. Ninja-man. 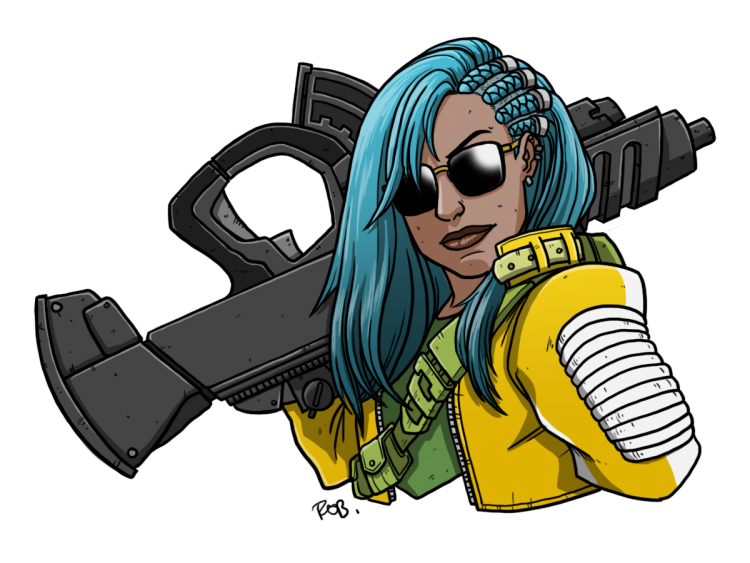 Heavy Infantry. It’d be easy to punctuate this with a pithy ‘Nuff said but let’s explore the implications of a lack of HI for Druze.

With so many of your pieces being single wound, it can be heart-wrenching to watch a Libertos or other disposable attacker offer up a piece-trade with template weapons. With no Minelayers and only the humble Peacemaker (with Auxbot) and Hunzakuts offering you a mid-field skirmish line (noting that the humble Hunzakut is not nearly as desirable as they once were in N3), it can be hard to prevent a cheeky infiltrating camo marker (or Warband) worming its way into your DZ to start asking your Arm 2-3 single wound infantry if they’d like to play a game of Dodge or Shoot.

This absence of multi-wound infantry also means that your list isn’t terribly failure-tolerant if you’re not leading with TAGs. If your fully linked Druze HMG/Sniper gets binked by a Crit-ARO not only is your Fireteam broken (no access to Number 2) but you’re forced to either spend orders Doctoring the shooter (and that’s only if you’ve got a medic nearby and they didn’t go Straight to Dead, do not pass Go, do not collect $200) or abandon/adjust your gameplan. Don’t @me, Arslan or Wolfgang. Just don’t.

Admit it, this is why you’re here.

The Druze leads a fireteam that’s simply there to sabre-rattle and sometimes lob grenades at any problems you can’t solve with Angry TAG or Other TAG. You’ve got a Peacemaker, some Repeaters and a Pitcher (that can be reloaded by the Kameel) to layer up defences in your DZ and the midfield. The Anaconda uses the HMG’s range bands to sweep the ramparts, so that Scarface can close the distance and get to business.

Again, we have the EML LGL to draw the opponent forwards with 3 punishing ARO pieces (Druze Sniper, Clipper, Armand) stall their progress. Each sniper is resilient in their own way (Doctor for the Druze, Engineer for the Clipper, meat-suit on Armand). If any serious threats push into your mid-field, you’ve got not only the Peacemaker but the Hunzakuts can drop Repeaters in ARO if you desperately need to stall out a hackable heavy hitter, though you’d want to save them for scoring objectives later in the game. Saito can either counter deploy a big-nasty or give you a surprise swing at an objective as needed.

As demonstrated herein, one can clearly see that Druze are the best faction and that anyone foolish enough to play any other faction is clearly wrong. Laying aside the japes, Druze are certainly much less of a ‘Challenge-mode’ faction than they used to be. However, they do still fundamentally lack pieces that are key to success in the modern meta (at least, as I perceive it) and, as such, remain the glorious unique snowflake faction that the discerning blame-shifter would love to own and gesture at angrily after suffering yet another loss. Next week we’ll take a break from outlining the use-cases for E/M LGLs and talk about another less prolific faction that’s near and dear to my heart: Angry JSA (AKA Ikari Company). N4 may have applied several nails to the coffin of Ikari’s flagship profile, the Yuan Yuan, but let’s not throw the angry baby out with the dishwater just yet…