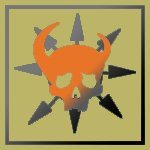 An Evil Lord’s Guide to Fumbbling Around In The Darkness

The time has come for the annual FUMBBL Cup 2018. An open knockout tournament of massive scale, a chance for the best coaches and teams to compete for glory and riches!

The hopes of UNDERLEAGUE ATHLETICAL‘s fans have never been higher. A recent run of improved form puts the team in the best shape it has ever seen.* A bit of friendly inter-coach banter** during a recent match led to the Athleticals’ head coach submitting the team for approval to be entered into the 2018 Cup season.

* Two Draws and a Win from three matches. Believe it or not, this is a stark improvement for the team, whose overall record stands at W3 / D6 / L25.
** If you don’t sign up, you’re a loser and a coward, unworthy of the skin with which you clothe your person…” Etc. Etc.

Round One of the tournament runs 17th-24th October, so expect a series of reports charting the progress of the Athleticals and ongoing development of the team. The likely outcome is for a Round 1 crash-out, so we may have a short series on our hands.

NEXT UP: Meet The Team!