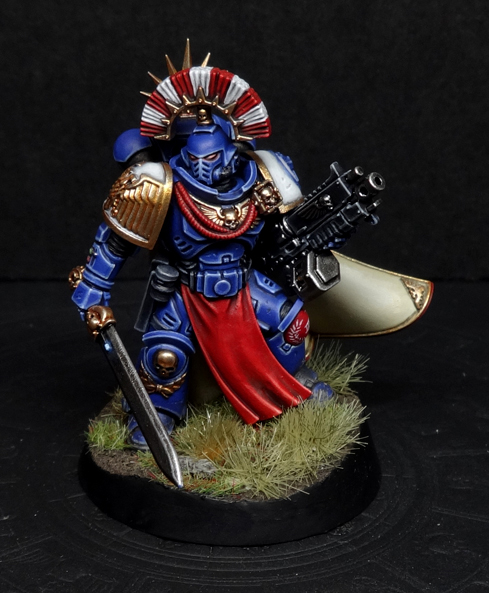 What’s the point in having the ideal hobby for a pandemic lockdown if you work in a hospital? Err…. none. But look, I’m just grateful to have a secure job, and despite a few confirmed Covid cases among my colleagues early on, my lab’s infection control measures mean I’ve somehow made it this far without getting a touch of the ’rona. If you’re reading this, I hope the same is true of you and yours. If it isn’t, I wish you a strong recovery.

This maudlin preamble is arguably just pre-excusing myself for having painted a particularly tiny pile of wee dudes this year. It’s hard not to see the heroic output of the other goons and think “how in the oscillating cock ruffles did they paint so many?!”

My small output is at least somewhat because I got excited about painting an army of Space Marines to the standard I’d usually reserve for characters. Practical, I know. Aaaand also because I spend a fair amount of my hobby time on things like writing stuff and making maps. The take home lesson here is that comparing my output to others’ is meaningless, and I should definitely stop doing it.

So, here’s how the year unfolded.

I spent most of 2020’s first month on the macabre task of putting together a showcase of my friend Mark’s gloriously conversion-filled ork army as a sort of e-memorial. He’d been prematurely excised from our lives by cancer, and appropriately enough checked out during the preceding Orktober. On the day of my wedding, no less. Shakes head while smiling wistfully. It took a long time to gather and photograph his army, so I’m totally counting this as a hobby achievement since other people get to drool at all the cool conversions he made. You can see them over at the Beard Bunker.

I went back to work on my fledgling primaris Ultraboi Successors, the Cobalt Scions. Got big into the narrative stuff with this army. Wrote the chapter’s founding lore, named every unit leader, gave them characterisations and made sure they all had some sort of story behind them. Here’s the models and illustrations I made during this time: 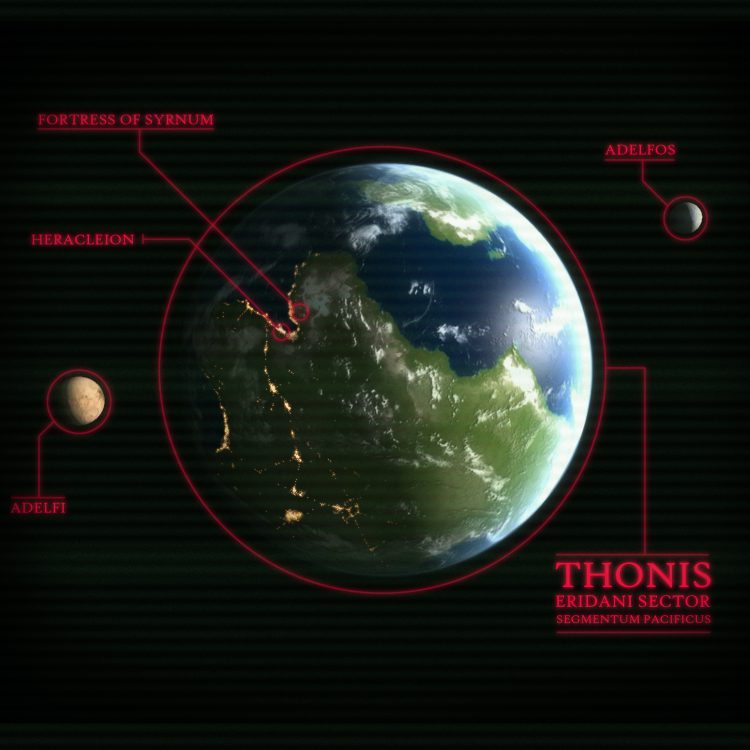 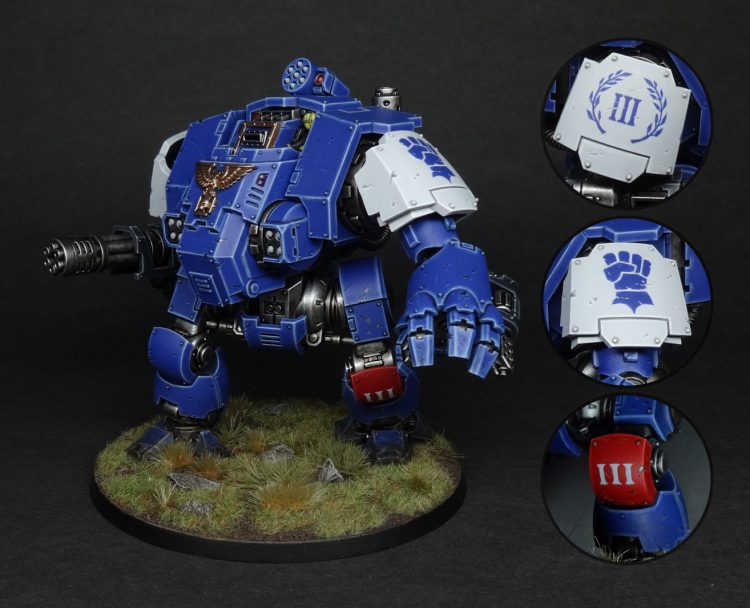 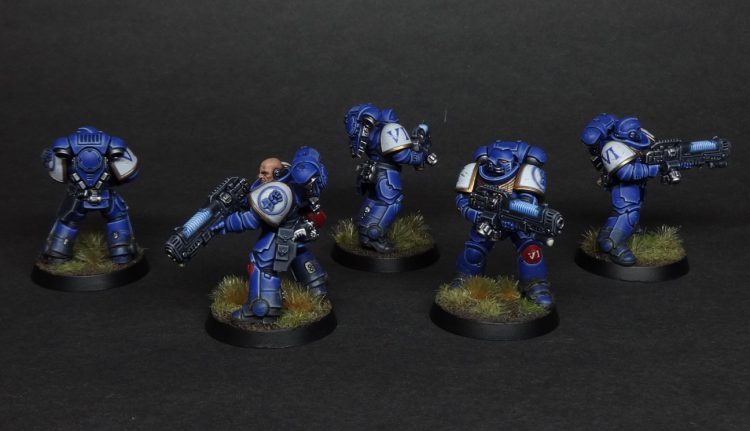 May & June: Goon With the Wind

Following a chance encounter with noted historicals goon Lupe, I found myself recruited to write for Goonhammer… the website I’d been enjoying for months. This was a rather unexpected development. Suddenly I was neck deep in a Discord full of people whose handles I sort of half-knew, smiling and nodding at in-jokes I didn’t yet understand.

My painting progress took a nosedive as I delved deep in the content mines. I kicked off with writing a freehand painting tutorial with TheChirurgeon. Then, on to a post on creating characterisations for your army’s heroes. After that, keen to ensure I go down in history as “the idiot who tried to present random generator tables on a WordPress site,” I followed up with a somewhat silly Random Personality Generator for your 40K warlord.

With all this Goonhammerage going on, I didn’t want to suddenly neglect the Beard Bunker (the website I’ve been contributing to since 2012), so I also wrote a step by step guide to highlighting Ultramarines blue power armour after I painted the second batch of 5 intercessors: 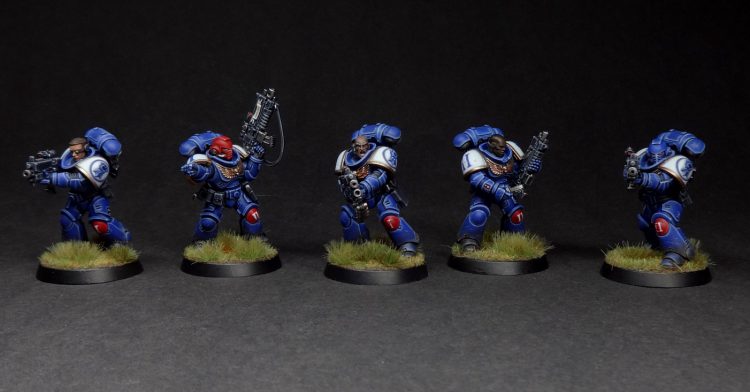 Among the goals in the marines project was to get some variety into the skin tones, since the army is riffing off the ethnically diverse Roman Empire. This included, I think, a fairly successful foray into painting dark skintones: 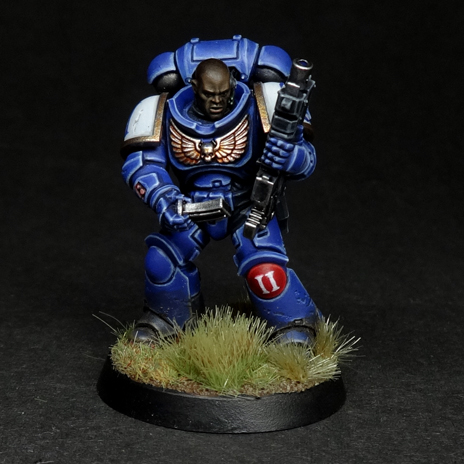 I took a brief break from the smurflings’ blue power armour to convert and paint the Greyfax mini: 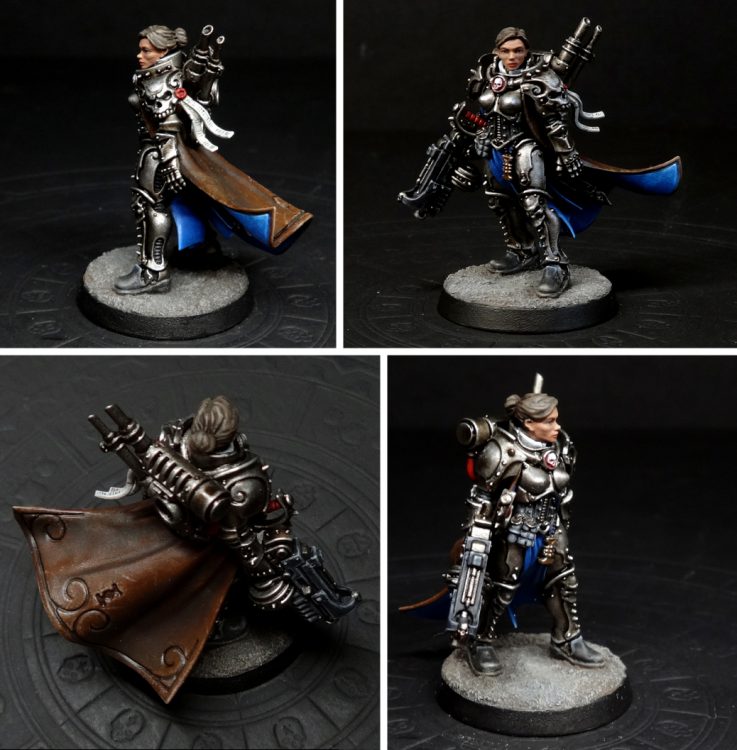 I then spent a whole bunch of time making MAPS in Photoshop, because hell yeah. The first map is for the campaign setting for my gaming group. The second is a system map/diagram of the Cobalt Scions’ home system (obviously extremely necessary). 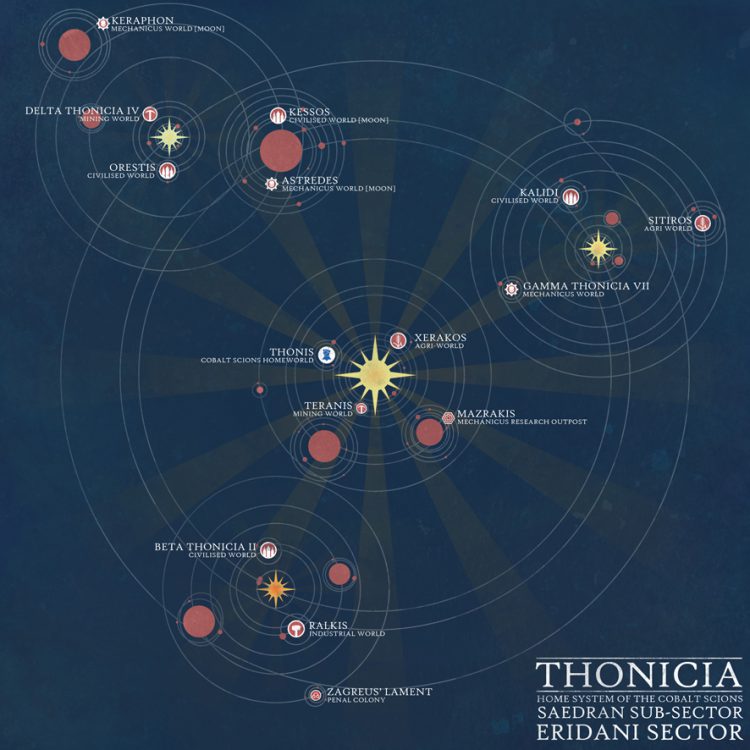 Aroundabout this point I also put out some 40K short stories, because writing is fun. And remorselessly hard. But fun. This probably wouldn’t count as hobby progress for some, but writing has always been a part of my hobby experience. If you want to read three linked short stories about what it’s like in an Imperial Navy Battleship strategium, what it’s like when Inquisition Storm Troopers have to fight Word Bearers in a boarding action, or finally what happens when an Inquisitor attempts to interrogate a Heretic Astartes, then click on those links.

September to December: Marines, a Big-Ass Ruin, and Oooooooo! a Spreadsheet

I once again forewent painting time to create a somewhat ambitious Google Sheet people could use as an automated Crusade roster, even though most of us can’t actually play games at the moment. Classic prioritisation. People seem to have found it useful, though, so that feels like time well spent. It got a shout out on both the Independent Characters podcast and the 40K Badcast, which left me with a potent case of the warm and fuzzies.

Anyway by this point (September) I was legit jonesing for some actual goddamn painting. What my marines needed was a third troops choice, but I wanted my third squad of Intercessors to be converted using bits from the upcoming Assault Intercessors box, so in the interim I got all the other stuff done over the next few months. Here is said other stuff: 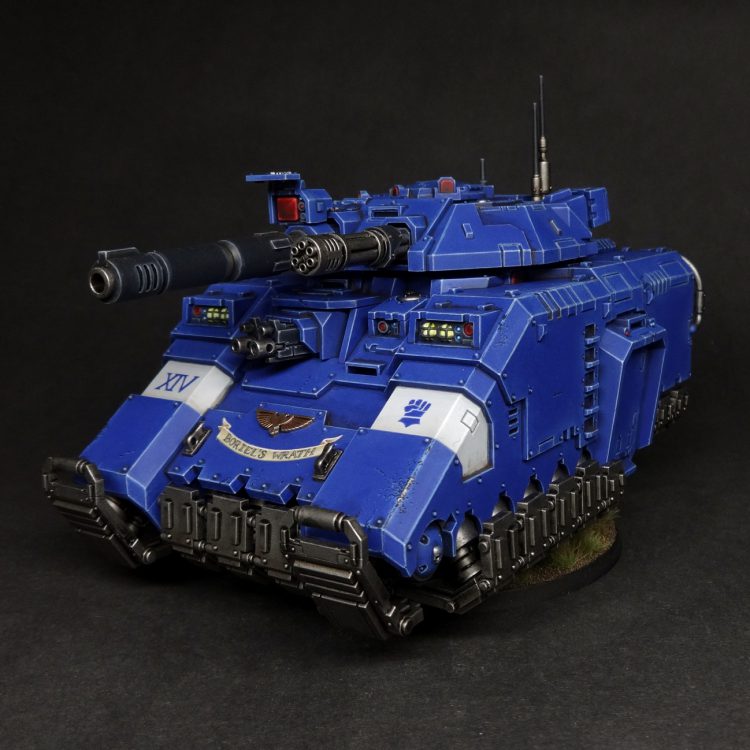 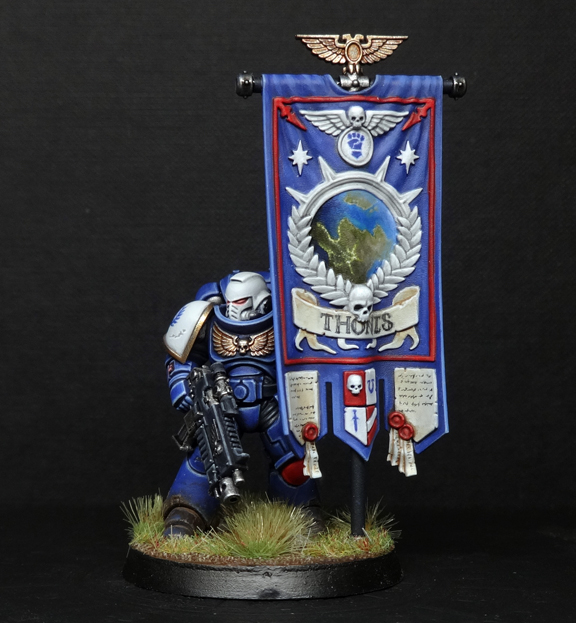 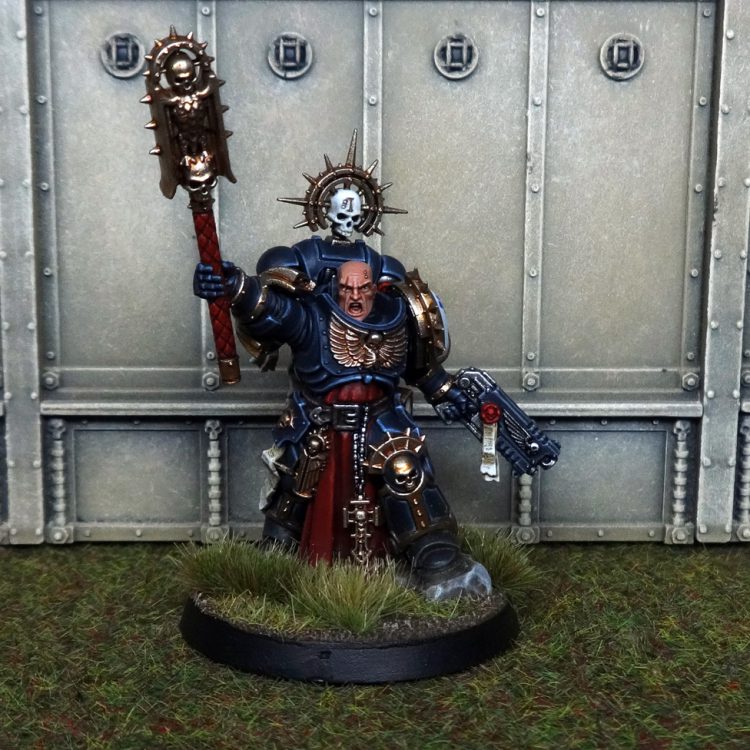 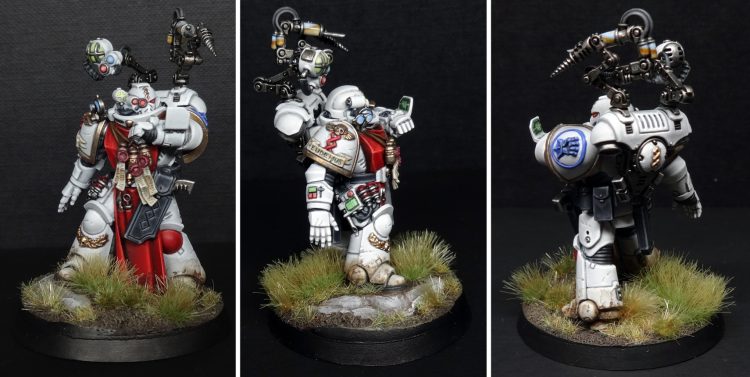 And lastly, I began work on making a new urban board by building and painting the biggest piece of scenery I own (barring actual Realm of Battle tiles): 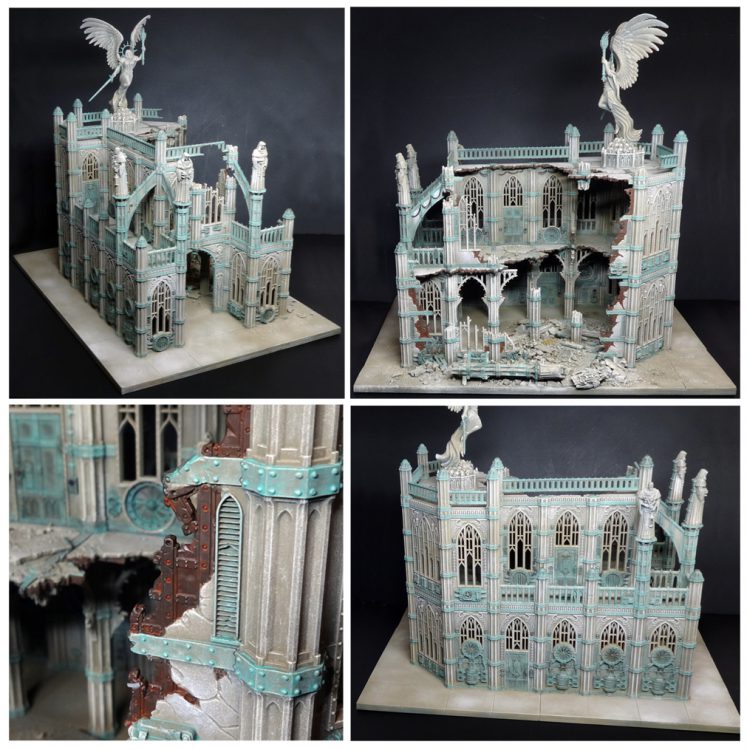 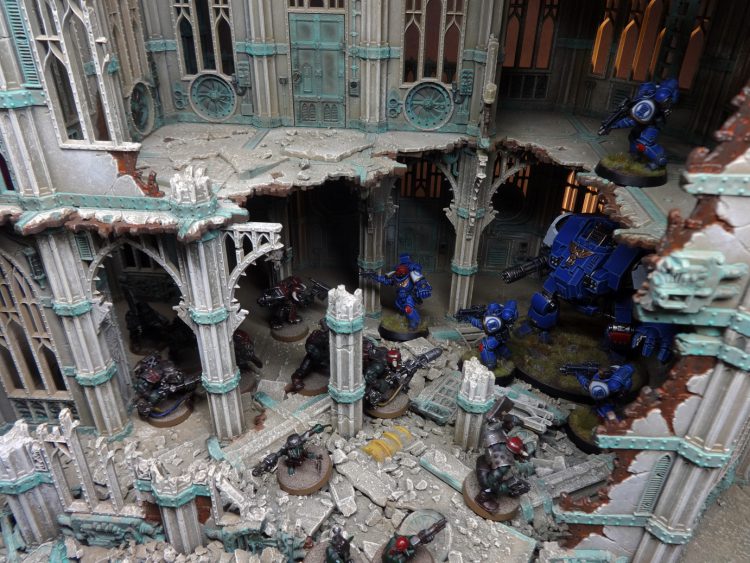 All in all, by my count, that means I’ve painted a hilariously puny nineteen miniatures this year. And you know what? I’m actually OK with that. Next year will involve less detailed projects, so number go up. Number probably not get anywhere near what the other Goons do, but that’s fine.

The chapel left me with a thirst for more terrain, so when the marines are finished (and they’re really not far off, I’ll stop at ~2K) I’ll get right on that. After which, who knows? When the Sororitas Palatine drops I intend to do a patrol detachment of Sisters; I imagine some fantasy minis will feature somewhere, and I’m also feeling the need for a non-Imperial army, maybe tyranids. If nothing else, I just hope we get to a point where we can all hang out in meatspace again like real people. Remember people? Will we even remember how to people? I remain hopeful.