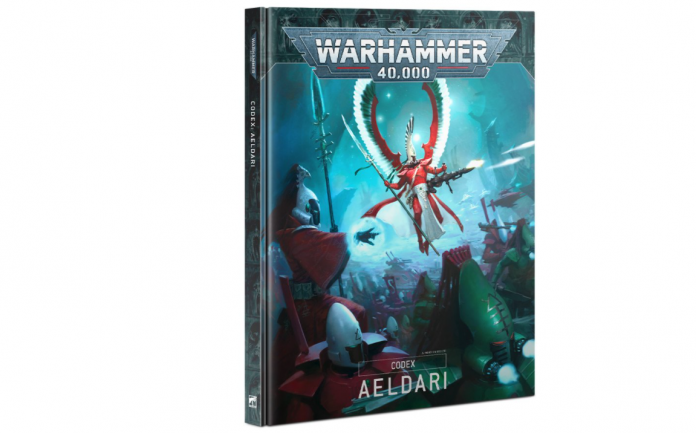 It’s been six weeks since the release of Codex: Aeldari and today Games Workshop have released a much-needed FAQ for the book. We noted in our review that there were more than a few things that needed addressing so it’s good to see that those have finally been touched on. There’s only one page to this FAQ but it’s packed with meaningful changes so let’s jump right in and look at what changed and more important, what it means.

Two bits of errata here impact what armies can use Strands of Fate. The obvious and unsurprising one is that Phoenix Lords don’t break it – given that they have the ability on their datasheet, this was how most places were already ruling it.

The bigger change is that Ynnari armies which choose to include Harlequin or Drukhari units in their detachments have been fixed so that they still get the Strands of Fate ability. Note that this doesn’t let you use Stands on these units, as they still don’t have it on their datasheet, but it means that if you want to fully explore the list building options Ynnari provide you no longer get brutally punished for doing so. This genuinely opens up some things for people to try out – a few units like Hellions seem pretty strong as Ynnari, being able to fill out a detachment with cheaper Drukhari Troops units seems great, and the Yncarne is very strong. Losing access to the Runes of Fate discipline is still a real cost, but there are probably some builds out there waiting to be discovered.

This probably won’t make Ynnari competitive in the current environment (at least, not unless this week’s dataslate changes things dramatically), but it does at least make Ynnari in their intended form playable.

One of the big questions on Strands has been answered, which is “what happens if you re-roll a charge roll where one of the dice has been manipulated to a six?” The answer is that you do re-roll both dice, so you only get the boosted charge chance on the first attempt. This was a hot topic of debate both online and within the Goonhammer team, so it’s good to have an answer. The example of this also strongly implies an answer to another question, which was a bit more of a reach, as to whether you could manipulate both dice on a charge roll for an automatic double six. Overwhelming consensus on this has been “no” and the example suggests that manipulating one dice gives you the “best possible chance”, so that’s only going to shore up the consensus.

The big problem here is that there isn’t an answer on whether a Strands dice can be added when re-rolling a roll – a live issue that is actively being ruled in both directions at different events. Our position on this is “no” because a re-roll is still the same “hit roll” or “wound roll” or whatever, and Strands happens before making the roll, but GW choosing not to rule on this while covering off the other  re-roll question is only going to encourage people to dig in on their preferred side. We should also flag that one of the big arguments we’ve seen for why you should get to add a Strands dice on a re-roll is incorrect – we’ve seen people saying that because Adepta Sororitas Acts of Faith forbid adding on a re-roll, the fact that Strands doesn’t specify means you can. This is based on the 8th Edition wording of Acts of Faith – the 9th Edition book doesn’t include this text, and we’ve not seen anyone arguing that Sisters can add Miracle dice when re-rolling – and the timing on using them is the same. Acts and Strands now diverge on how re-rolls for multi-dice rolls work because of the other ruling though, which only increases the space for big arguments here, so this one probably not going away in a hurry. We (including our Craftworlds players, to be clear) still think the answer is and should be no – the timing doesn’t allow it, and it’s makes the ability wildly better in an unfun way if allowed.

On a stats note, the majority of occasions on which you’d use this occurred on charges, as none of the Aeldari psychic powers require a WC of 8 or better, meaning you’d only need to re-roll a cast attempt to either get around something like Shadow in the Warp or to make a power harder to Deny. The result is still a very good probability of making a 9”+ charge – whereas normally a 9” charge with a CP re-roll is something you’ll make about 49% of the time, if you add in strands, your odds jump to 67% on the first roll and just under 76% with a re-roll. That’s worse than the 89% you’d previously get if you kept the Strands result. 76% is still enough to bank on.

This was very, very obviously going to happen and anyone who told you otherwise was engaging in wishful thinking.

…no longer break Luck of the Laughing God. Like with Phoenix Lords, this was pretty obvious since it’s on their Datasheet, and was overwhelmingly ruled thus anyway. Blitz has also been fixed to be a special kind of Normal Move rather than its own weird type, so it no longer breaks the game entirely.

Banshee Masks now only prevent Overwatch against the charge being made by the unit with the Banshee Mask, not for the rest of the phase. This has some moderate impact in the Tau game in particular – a Banshee unit can no longer declare a massive multi-charge that it can’t succeed at, but lets a bunch of other units get in safe, and even using this “normally” if Banshees try a charge and fail, anything else that attempts one is still open for Overwatch.

Baharroth can now only redeploy once per turn, preventing him from going as wild if you were willing to risk a long charge with him after the first redeploy (though apparently it’s still somewhat contentious whether he can charge at all after that – depends whether you think “instead” stops the other limitations of Battle Focus applying, ask your TOs). He’s still an exceptionally strong unit, and likely to continue seeing play.

Flickerjump now includes the standard text about retargeting charges. Abilities without this additional rider are just flat broken and create really dumb situations, so it’s good to have it sorted out.

Support weapon platforms no longer inexplicably have seven attacks, instead now having two. This does actually make them quite a bit more vulnerable to being tied up by bully charges.

Next Time: The Balance Dataslate

That wraps up our look at Codex: Aeldari, though there’s sure to be more hot takes this week and adjustments as we eagerly await the release of the next balance dataslate, as foretold on Warhammer Community last week. It’s almost certain to shake up the meta in massive ways so stay tuned for that on Thursday or Friday.