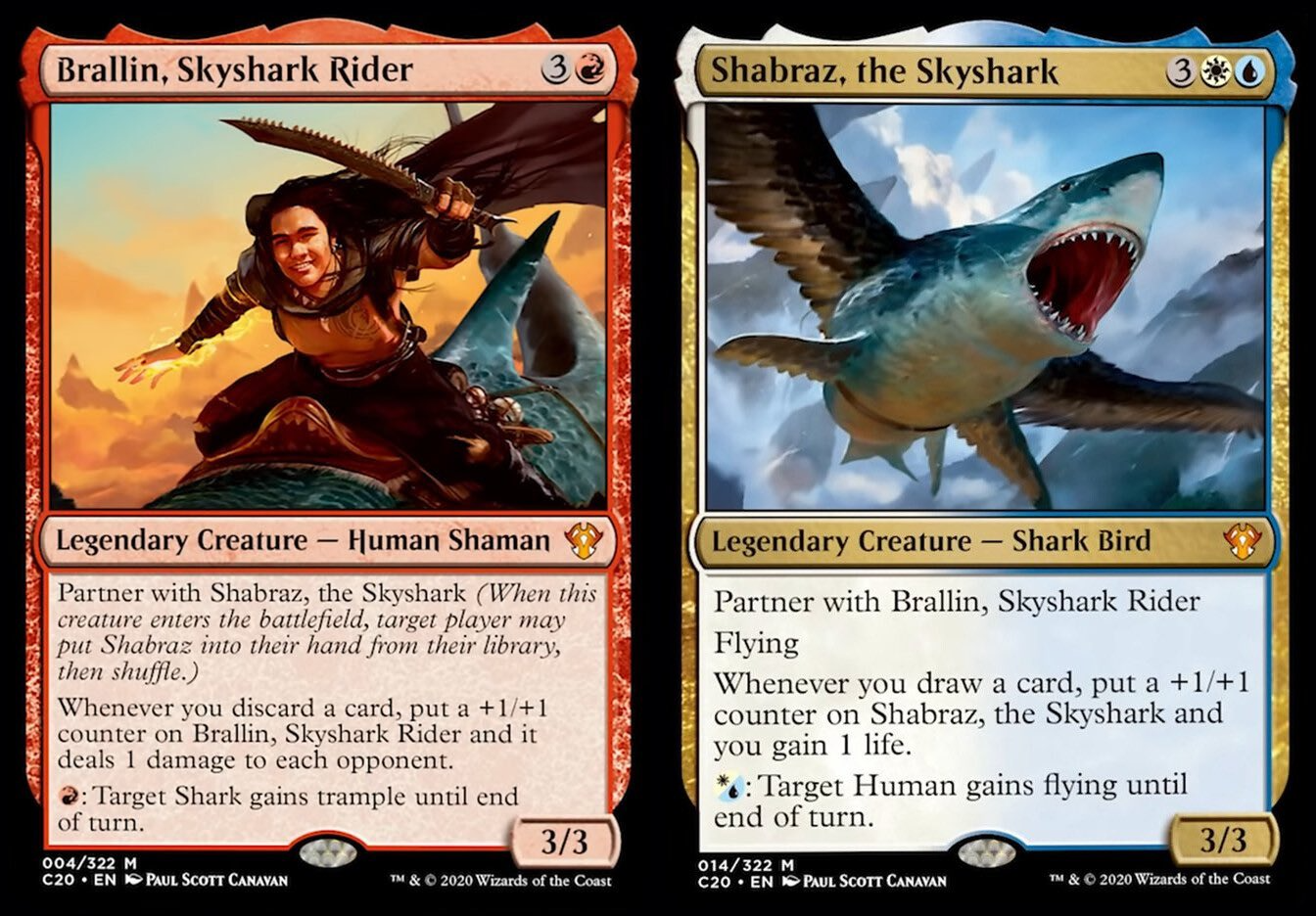 I’ve long had a fondness for the “Curiosity effect + deal a damage when you draw a card” combo that’s pretty obviously built in to Niv Mizzet, the Firemind. The combination of card draw and damage based off card draw is an attractive one, because even if you don’t pull off infinite damage, you generally end up drawing a lot of resources. In the dog-eat-dog-eat-dog-eat-dog environment of a four-player game of Magic the Gathering one of the core challenges is figuring out when to actually try to win the game. Should you try to rush to win, throwing all your resources into your combo? Or encourage one of the other players to throw down first, letting player C stop player B so that neither remaining player has the resources to stop you? 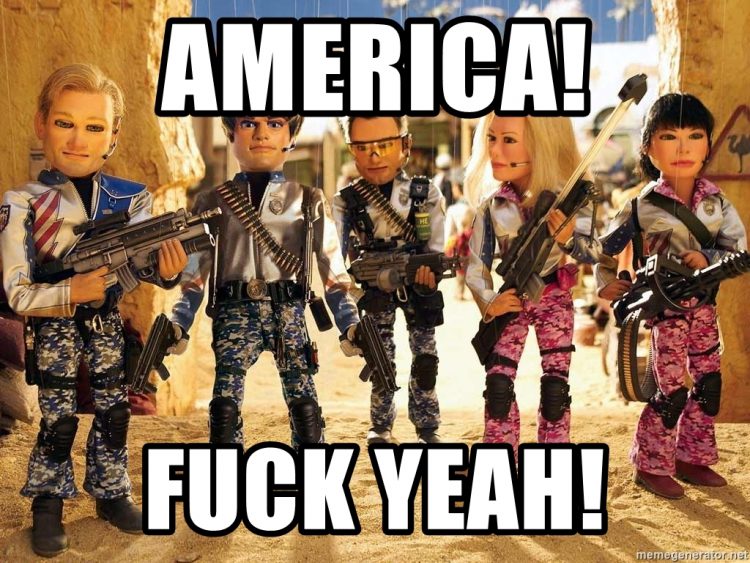 This political dimension and the need to account for it is one of the things that makes multiplayer games more interesting. In classic, one-on-one Magic formats there is a pretty clear trade off between cards, and most decks focus on either winning first or gaining an advantage in card quality, attempting to trade cards at a better ratio than 1 to 1. If you can do that a few times you end up with an extra creature or removal card, and you can ride that advantage to essentially beat your opponent to death.

When talking about Stax decks there’s a tendency to talk a lot about breaking parity, but the truth is that a lot of the math being done around these decks is wrong, because it assumes the same sort of zero-sum game that you have in most two-player games of Magic. Four-player games are actually negative sum games, since each game will see three players lose and only one winning. And because of the singleton rule and card quality concerns simply setting up effects that advantage you a little through otherwise symmetrical effects doesn’t actually mean you’re winning or even necessarily better off; if the effect doesn’t advance your game plan but instead inhibits your opponents’, it probably won’t do so equally. Asymmetric Stax effects break this rule, especially those that simply affect your opponents. These asymmetric effects tend to be less powerful than their symmetric counterparts – compare [[Aven Mindcensor]] to [[Winter Orb]], for example. Untapping and getting resources is a fundamental aspect of magic; it’s built around the idea of a back-and-forth that involves generating and spending resources each turn. Being denied the ability to untap lands is enormous, so decks that have a way to stop the Orb’s effect and/or get around it themselves are comparatively much better off. Though note that this can be a double edged sword: I’ve certainly been in games where later in the game I wanted my own stax effect gone.

There are other, newer Stax effects which work in an even more punishing way, notably [[Hull Breacher]] and [[Opposition Agent]] (though [[Notion Thief]] already existed). These Stax-type effects stop things that don’t normally happen in the usual order of game play, which is part of why they’re allowed; they don’t just stop the opponent, they steal the effect. Imagine a card that stole your opponent(s) untaps; they no longer untap, you get to instead. How much mana would you pay for that kind of effect? 7? 9? 11? Even more?  It’s such a powerful effect that whole decks would be designed around cheating it out. Also frankly I can’t imagine Wizards printing such a card, though I found Opposition Agent pretty unbelievable at first (ultimately I decided it’s quite good card design, though). 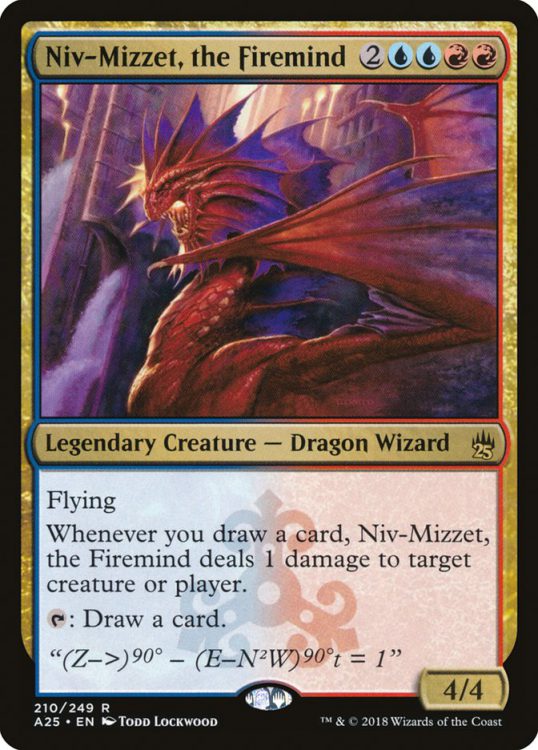 In this deck – designed around Jeskai colors – the only real impact of these kinds of Stax effects is the “wheel of fortune + hullbreacher” combo that’s inherent in the deck, though normally discarding is sort of a null effect. Brallin, Skyshark Rider benefits from discarding in a fairly scary way. Dropping a Windfall or other such effect with Brallin on the board is fairly scary; he’ll rapidly grow into a threatening creature and with Commander damage he can easily take someone out in a hit or two. This will also make him something of a target so you have to be careful of that.

The basic game plan with this deck is to drop some ramp, and then starting searching for your combo pieces. If you can get Curiousity or Tandem Lookout or Ophidian Eye onto either Brallin Skyshark Rider; Niv-Mizzet Parun; Niv-Mizzet, the Firemind; or Glint-Horn Buccaneer then game is most likely over.  However with Brallin and the Glint horn it’s necessary to get to your end-step with more than 7 cards in hand, which isn’t that simple to achieve.  But it should be possible with all the wheel type effects the deck packs.  The quirk of the rules that causes this is how the cleanup step works, if you start the cleanup step with more than 7 cards in hand you have to discard, which will deal damage, causing you to draw, forcing another cleanup step.  This will just keep happening over and over until the game ends.

In EDH terms this deck is what I think falls into “medium competitive.” Because it’s new-ish, and relatively cheap, and at least somewhat interesting to pilot as opposed to near totally linear it’s fairly popular. Maybe more popular than it ought to be for how “good” it theoretically is. Note that because Magic is so meta-dependent the deck is likely to perform somewhat worse than it ought to: Opponents are typically familiar with its tricks, and in addition many of its pilots aren’t that experienced and are just net-decking it. Also it features a guy riding a Skyshark, which is bizarre enough to attract a certain type of Magic player on its own.

So this week’s deck is an EDH version of Curious Brallin with Niv-Mizzet. Most of the versions listed on the cEDH database omit the Mizzets – and your mileage may vary on those – but I think this deck is more suited to grindier, slower games. And grindier, slower games are where I think cEDH is headed as more players get into it and start to master its intracacies of play. There’s also a certain personal preference I have for decks which don’t just either end the game or do nothing, so you may feel – and I wouldn’t necessarily disagree – that this isn’t absolute most optimized way to play this deck. I would however suggest that it’s a slightly more fun to play version, if nothing else. Plus a huge dragon that’s curious just seems a lot cooler to me than a skyshark rider. What even is a skyshark?

Editor’s Note: It’s a bird shark. Says so right there on the type line. QED.

For Conquest I think this deck is actually a bit more competitive. Thassa / Consult isn’t a concern, nor is the absolutely crazy ramp that exists in cEDH. And there’s not as much emphasis on Turbo Naus, as 30 life makes massive card draw a bit scarier and gives you less buffer, and because of the lower life total I intuit that players are more likely to run the odd straight burn or attacking creature, so you’re far more likely to see a lightning bolt then you otherwise might be.

I also think the deck is probably more viable because it’s a similar mechanic to one that was already banned – Pako, Arcane Retriever and Haldan, Avid Arcanist.  Pako and Haldan have the same kind of growing threat from a commander, though they had such an absolute card advantage engine that it’s understandable to see Brallin and his shark as less of man’s best friend and card draw machine and more of, well, man’s best shark.  However unlike Pako and Haldan both of these partner commanders will rapidly tend to grow in power, and on turn 4 or 5 you could easily resolve a Silence and a Wheel of Misfortune and turn that into killing two opponents off via Commander damage – on the same turn.

As an aside, if you want to turn this deck into more of a beater, it would definitely be worth considering the pirate partners Malcolm, Keen-Eyed Navigator and Breeches, Brazen Plunderer, which would really give you tremendous gains from attacking. But in truth I think that making that kind of deck work would probably involve either taking turns or extra attack steps. Izzet does both things fairly well (though sadly taking an extra turn is usually not much more expensive than an extra attack step), so it’s a workable alternative. Nonetheless, they could fit into the deck fairly easily and lead to some spectacular snowballing games if you are able to start getting attacks in.