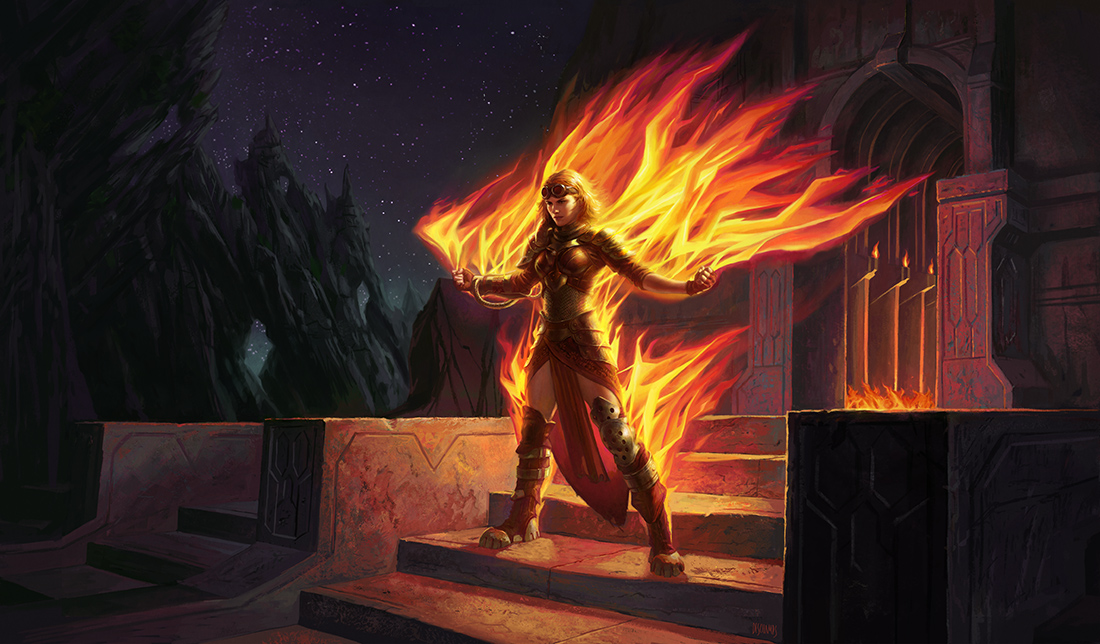 There’s a common archetype of magic, going back quite a long time, that’s often referred to as Red Deck Wins (RDW). These days Red Deck Wins is often a term used derisively, along with green stompy. The RDW archetype basically consists of just dropping small creatures and going for the face. It’s a relatively simple strategy and doesn’t really require you to make a lot of choices or decisions, only to be aggressive. In general, either deck – RDW or Stompy – will have you drop creatures onto the board as fast as you can and attack every turn. Your intent is to simply smash your opponent’s face, dropping their life to 0 before they can pull off a combo or stabilize with mass removal cards. Such decks often rely on a specific finisher; one of the current examples of such a finisher is Embercleave .

When players are new to Magic or happen to be younger, they are often attracted to one of these archetypes, and between the fact that the cards for such decks are often cheap and the players relatively younger, it’s not uncommon to see a sort of sneer when someone refers to someone else as a “stompy player” or refers to red deck wins. The notion that the decks are simple or “stupid” is a big misguided, however: RDW actually goes back to an insightful player who thought about maximizing resources – Paul Sligh. Back in 1996, Slight revolutionized the game by crunching the numbers on land drops and casting costs to build a deck that maxed out its curve.

What does that mean? Well, assuming you don’t miss any land drops, on turn one of a game of Magic you’ll have 1 mana available, on turn two, 2, on turn three, 3, and so on. What Sligh realized was that, to maximize your deck’s efficiency when playing aggressively, you’d want to use all your mana every turn.  A spell that does amazing things and costs 7 mana and never gets cast doesn’t matter all that much and will essentially be a dead card without ramp. On top of that, in a 5-turn game, you’ll only get to use a total of 5+4+3+2+1=15 mana. By turn 5 you’ll have seen 12 cards, 5 of them lands (or possibly only 3 or 4), meaning you’d want your average mana value to be pretty low, if you planned on spending everything you had every turn. You’d have to have an average of 3 mana per turn, so you’d want the average cost to be 1.25 if you wanted to have cast every card in your hand by the end of turn 5.  Sligh wasn’t trying to cast everything, but he reasoned that if you never missed a play you’d have used far more of your resources by the end of the game than your opponent, and by cutting the game shorter you could turn more of an opponent’s deck into dead cards. The other thing he realized was that creatures are by far the most efficient damage source in the game. 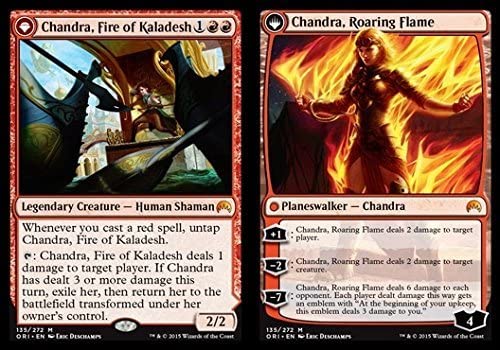 Red players are often tempted to cast spells directly at enemy players. A Lightning bolt to the face is 3 damage, and you only have to do that 7 times to win the game outright in a game where players start with 20 life. In fact, back in ye olden days, arguably one of the strongest decks playable in Alpha/Beta (before they came up with the 4 of each rule, and 60 card minimum) would’ve been a fairly simple mix of Black Lotus, Timetwister, and about 8 lightning bolts. If the deck consists of 16 twisters and 16 lotuses and 8 lightning bolts it’s virtually impossible that you won’t get a wheel and a lotus in your starting hand, and you’ll keep twisting and dropping lotuses, building up mana and lightning bolting your opponent.  Of course, at current prices, such a deck would cost about 1.6 million dollars to build, and while I normally don’t think you should be able to pay to win, if you’re willing to put out 7 figures, I’m willing to scoop. But no proxies, in this case.

Sligh was smart enough to realize that cards that seemed almost insanely bad, like Orcish Artillery, were actually great because they allow your small damaging creatures to keep swinging through at the opponent. A 1-drop creature with 1 power can deal 4 damage by turn 4. A 2/1 will deal 8. It only takes a couple of small creatures on the board to whittle down an opponent’s life. Rather than casting lightning bolt to your opponent’s face, you want to lightning bolt your opponent’s blockers instead, so you keep dealing damage with creatures. 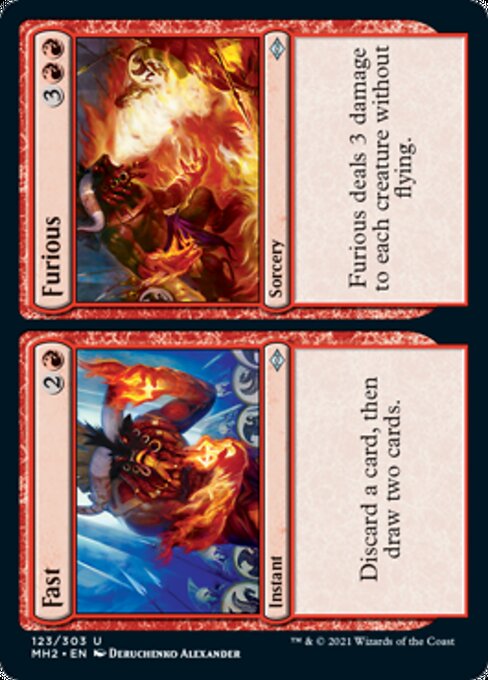 Applying Sligh to Commander is tough; as has been explained in previous articles, simple strategies like “burning face” don’t work particularly well. Instead of having to deal at least 20 damage to win a game, you have to deal 120. Attacking doesn’t scale that well, at least in part because if it did playing normal magic would be really tough. This deck is an attempt to go back to burn, a fairly simple strategy. In a multiplayer format, a card like Earthquake is actually doing a lot for you because it is simultaneously clearing the board and damaging all of your opponents.

Red has a looting mechanic that involves draw for discard, but that isn’t so bad, because red also has a number of cards that synergize with that. First, it has two really good recursion spells: Past in Flames and Underworld Breach, and also has Conspiracy Theorist. Cards like Birgi, God of Storytelling, and Storm-Kiln Artist mean you can really profit off of looting through your deck, and looting through all these cards also generates a count that is your fundamental win condition: Storm.

Grapeshot and Aietherflux Reservoir are both cards that will simply end the game once you drop them, and all the Chandras and wheel effects ensure that you can get there. Constant board wipes mean that you can hopefully keep your planeswalkers on the board, enough to generate emblems or just let you rapidly cycle through your entire deck, and if storm count isn’t enough to get you there both Brallin, Sky-Shark Rider and Glint-Horn Buccaneer deal damage when you discard; between that and your earthquakes your opponents life totals should be sufficiently whittled down that they’ll simply die.

A word of caution, however: In Commander decks can often trivially gain a lot of life. There’s usually not a good reason for them to do so, but if your opponent’s strategies revolve around gaining arbitrary amounts of life there’s virtually nothing you can do, and you’ll sometimes see this at really battlecruiser type tables. Now there’s nothing wrong with that, but a burn deck like this will typically be helped by opponents running cards like fetchlands, mana crypt, and vampiric tutor, which, endemic as they are, often do a fair amount of damage to opponents’ life totals, let alone cards like Ad Nauseum.

This deck doesn’t run a lot of stax, but it does have blood moon and magus of the moon, both of which cards are devastating against certain decks, and will have virtually no impact on this deck.