Elves have been pushing into Golgari territory the last year or so, and though it’s not a new concept – Wizards first introduced green-black elves in Ravnica with the Golgari and expanded the concept in Llorwyn – we’ve periodically seen elves in black since then, with a major revisit of the theme in the new Kaldheim expansion. Elves are one of the oldest tribes in magic, and I’m old enough to remember way back when Elvish Archers were a good card. The logic of shooting someone with a bow and hitting someone with a lance was a bit confusing (see White Knight) but it made for a cheap green drop that could swing. It was complicated by the existence of banding (the mechanics of banding are so confusing it was essentially removed from the game), but that didn’t stop me from loving the card. Elves were a very popular tribe in early Magic despite not seeing an actual “lord” to support them until Tempest, when they got Eladamri, Lord of Leaves, who didn’t even buff their power and toughness.

Nowadays they’ve got tons of tribal support and as a result elves tend to be all over EDH. The fact there are 3 functional copies of Llanowar Elves and then plenty of other green mana dorks means that Green’s ramp is among the best, and most consistent. While cards like [[Dockside Extortionist]] are helping to define the format, 1-drop mana dorks have been around for a while. Considered in a tribal sense, Elves can specifically offer amazing mana ramp; youv’e got lots of elves that tap for mana, including elves that tap for mana equal to the number of elves, or that tap for mana equal to their power, and their power goes up when you cast elves. They also can parley this big mana into big buffs for creatures, with a bevy of Overrun -style effects, with many of these creature based and some of them repeatable.

However these strategies are very vulnerable to board wipe effects and additionally have the same weaknesses as any combat deck: Going wide is just a tough strategy to employee in a multiplayer FFA game, and depending on your meta many players don’t like to be attacked.  Somehow they don’t mind if you kill them outright, or kill everyone, but the very act of turning creatures sideways at them seems repugnant to some players. Which is at least somewhat understandable; in a four-player game you could be swinging at one of the other two players, and despite the fact that there are usually good reasons to swing at one person or another, people often resent being the chosen target of someone’s ire and tend react accordingly and disproportionately. 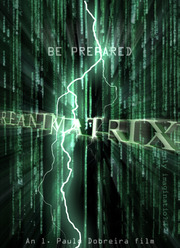 The Re-anim-elf-matrix is basically a toolkit for cycling out elves and reanimating them, looking for Skemfar Shadowsage and Shaman of the Pack functioning as tribal versions of Gray Merchant of Asphodel. This repeated sacrificing will fuel a number of card draw effects, such as Skemfar Avenger, Ayara, First of Locthwain, Deathreap Ritual, and Moldervine Reclamation. There are also a number of triggers when you cast elves or put elves into play, generating card draw and elf tokens, which are just fuel for your various sacrificing vessels, letting you draw even more and damage opponents with elves entering and leaving.

This is a purely tribal deck, in the sense that all the creatures in the deck are elves. You could significantly increase the power of the deck by adding some non-elves such as Zulaport Cutthroat and Gary, but doing so might also remove some of the internal synergy triggering off elves.

While Miara, Thorn of the Glade offers a lot of synergy with draw off death triggers, Numa, Joraga Chieftain, doesn’t really do much for you – but it can put +1/+1 tokens onto some of the elves that tap for more mana, either equal to their power or more for having a +1/+1 token: Gyre Sage, Incubation Druid, Marwyn, the Nurturer, Viridian Joiner.

With this deck there can be some desire to start hammering away at life totals early, but in my opinion you want to get your draw engine set up and have sufficient mana going such that you can really rapidly ram out elves repeatedly and reanimate them. The deck has the ability to generate truly staggering amounts of mana – but not infinite. In that sense it’s much more of a medium or high power deck, because it absolutely will give your opponents opportunities to react and take you out once you start significantly impacting their life totals. You’ll want to be in a position to push through Skemfar Shadowsage 2 or 3 times in a turn to try and kill one or more players, or they’ll be forced to take you out of the game to protect themselves. Because of all the reanimation the deck is somewhat able to recover from board wipes, but a well timed Wrath of God will really cut your knees out from under you.

I think this is a really interesting way to remake that standard elf, elf, overrun deck that has been around for ages, and is much more reminiscent of Orzhov-style gameplay. If you want to try out a medium power deck for a lgs random session I think this Re-Anim-Elf-Matrix is worth a shot.

Next Time: More Kaldheim – see the power of Jorn as a competitive stax commander.

That wraps up this week’s Commander Focus. Comming up soon some Conquest coverage and adapatations of commander decks to conquest, a dumb gimmick druid copy thing.