Commander Focus: Krark and Sakashima – the cake is no lie

The odds are pretty good there’s some interesting Magic: the Gathering lore as to why poor Krak has no thumbs. But maybe we’ve already lost that bet. For the most part, Wizards of the Coast have decided to scale back on the storyline aspects of the game, and have discontinued the novels and comics (though they’ve published some ebooks in the past few years and appear to be starting up again with the comics), and maybe that’s for the best. Or not; it’s hard to say. Recently they’ve started adding more inclusive characters, non-binary and some that come from entities or races or origin stories that are almost beyond gender, and they deserve credit for that, even if we aren’t so far removed from the whole Chandra-Nissa retcon. When I was younger I always wanted to read the actual volumes of the Sarpadian Empires (Rob’s Note: Same), and it can be pretty cool when the flavor text on one card references another card. Still, Magic’s storyline has always been more of a niche interest among the player base and so continuing the storyline in novels and graphics wasn’t the odds-on favorite. Though the decision by Wizards to abandon the story in those mediums is a bit of a strange one given there’s an animated series in the works. All that said it’s fairly cool when you see something like Krark’s Thumb and then later the original Krark the Thumbless appears as a card. There’s also an entire goblin clan named for him and so you see his name thrown around a lot.

The fortuitous release of both Krark, the thumbless and Sakashima of a Thousand Faces in Commander Legends immediately put ideas for a deck in my head. If you use Sakashima to copy Krark, then whenever you cast a spell, you’ll get two triggers, not one.  Which means you may well get to copy your spell, and also return it to your hand., letting you have your cake and eat it too. Delicious.

To be honest though, I’m a bit greedy – I want more than one cake, and I want to keep said cakes — so what’s the likelihood of that?. Sakashima’s ability means we are fortunate enough to copy Krark not just one time, but many times. In fact since the legend rule will no longer apply, we can really go buck-wild making copies.  A few copies later and whenever we cast a spell we’ll get many, many chances to copy it, and get another toss. 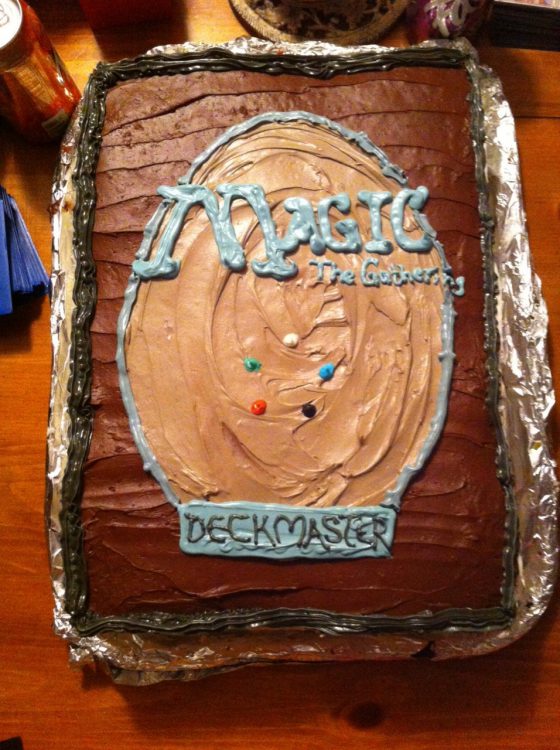 The question may instantly come to your mind: What happens if one of the triggers flips and comes up tails?  Won’t all the rest of the copies on the stack essentially fizzle, because they have nothing to target?  Well the answer is, no.  No they won’t.  The ability doesn’t say target spell, and the spell isn’t targeted.  Wizards has also further clarified:

Krark’s ability triggers at the same time as any other abilities that say “When you cast this spell” or similar, including cascade. Those abilities may be put on the stack in any order. Those triggered abilities are unaffected by the original spell being returned to hand, countered, or otherwise removed from the stack.

If you win the flip, but the spell that caused Krark’s triggered ability to trigger isn’t on the stack anymore (most likely because it was countered), the copy is still created.

This means that, if you get a win and a loss, you still get the spell, but it also goes back in your hand.  If you get two wins, you get 2 copies and the original spell.  If you get 2 losses you just put the spell back into your hand, twice, which is impossible, so once.

Basically, the odds of getting all the same result are (1/2)^N, where N is the number of coin tosses.

So what we really want is a lot of copies of Krark, and then we can cast one of the red rituals, and just essentially go infinite.  As long as we net mana off the spell and get 1 heads and 1 tail, we will have more mana and can go ahead and recast.

To further assist us in this endeavor are a couple of recently printed Kaldheim cards, they aren’t necessary for the combo, but they help enable it and make it even more likely that it will go off: Orvar, the all form; and Birgi, god of storytelling.  Birgi’s ability means that we’ll recover mana each time we cast a red ritual.  Orvar lets us turn all our creatures into more kraks.  This also means that we can effectively use gutshot to generate mana for life with birgi, casting it for life and generating a red mana, hoping to lose the flip and get it back into our hands. 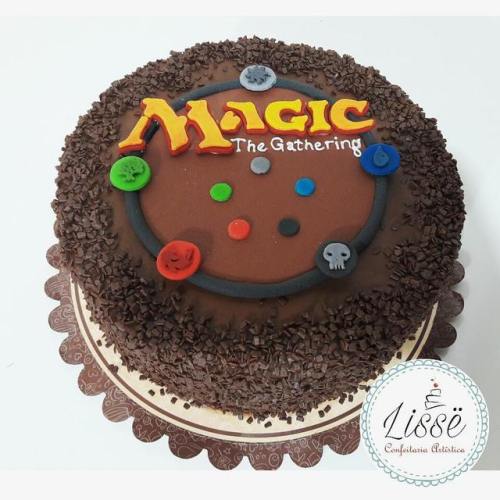 Fundamentally this is a sort of luck-based storm deck, but hopefully it stacks the odds so much that it’s not really luck-based at all. To win we just want to keep casting a spell over and over, hopefully netting mana. Aetherflux reservoir,Ral Storm conduit, Grapeshot, and Brain Freeze can all win us the game.

Nivix Guildmage and Izzet Guildmage can both net infinite mana under the right conditions, and then just copy a damage spell infinite times, mostly revolving around using dramatic reversal or reset. 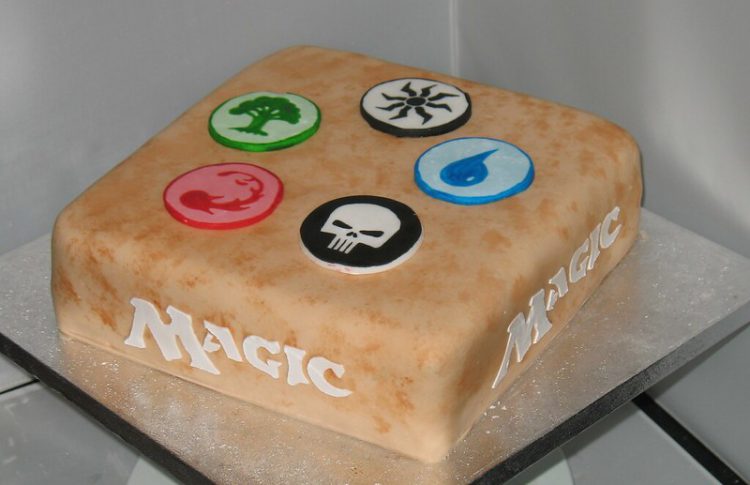 There are also some really weird interactions with narsets reversal, you can end up putting your own spells back into your hand to get copies of spells, and then using your copy of narset’s reversal to put narsets reversal back in your hand.  I’m not sure that’s even all that good, but I think it’d be really cool to try and pull off.  Also remember that if you get a copy of a counterspell, you can just target the original spell you are countering, you don’t have to use it on a different spell, the first one that counters it will remove the target spell from the stack, the rest will themselves be countered for a lack of targets.

To slow down the game and take advantage of your only running 2 colors, there’s back to basics, blood moon, and magus of the moon.  These cards are kind of “unfun” in a fun deck though, so if you want livelier games don’t run them.

That wraps up this week’s Commander Focus but join us next week when we review the newest expansion and what it has to offer players in Commander. In the meantime, if you have any questions or comments, drop us a note in the comments below or email us at contact@goonhammer.com.