Commander Focus: Tazri, Beacon of Unity (but not of winning) 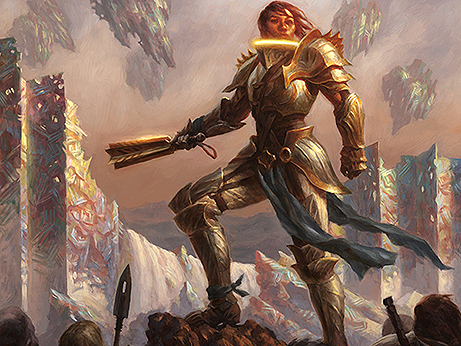 A long time ago, in a meta far far away, General Tazri was a top tier cEDH commander, and a shell for food chain.

Food chain relies on a relatively rare ability: Cards that can be cast from exile. The combo is relatively simple, get one of the three creatures in the game that can be cast from exile, cast it, either from hand or exile, and then exile it to food chain.  Food chain generates mana equal to the creatures cmc + 1, thus netting you 1 mana.  The catch is this mana can only be used to play creature spells.  Once you have infinite creature mana though, there are a number of ways to win the game.  In general food chain decks tend to be many-colored, because food chain is green, and the creatures are blue Misthollow Griffin, red squee, the immortal, and the colorless Eternal Scourge respectively. Tazri’s ETB searched out ally’s as a mana dump because the rules of commander mean that you can exile your commander with food chain and then put it into the command zone once state-based effects check.

I hoped that the new Tazri, Beacon of Unity, would turn out to be as formidable a possible 5-color commander because it’s sad to see a once-venerable commander fall by wayside, but it’s tough to compete with Kenrith and Golos and the First Sliver, which has generally replaced Tazri at the helm of cEDH food chain.

I also hoped the use and abuse the new party mechanic, with Coveted Prize being a particularly strong looking option. A 1 cost tutor that is also an expertise card? Yes please.  Unfortunately the full party mechanic cards don’t really pan out, because they just aren’t strong enough for commander, since you have to have 4 permanents in play to satisfy their requirement.  Many of them are cost reduced when you have a partial party, but while there are tons of good wizards, plenty of good rogues and clerics and warriors, they don’t tend to fight together into the same deck. 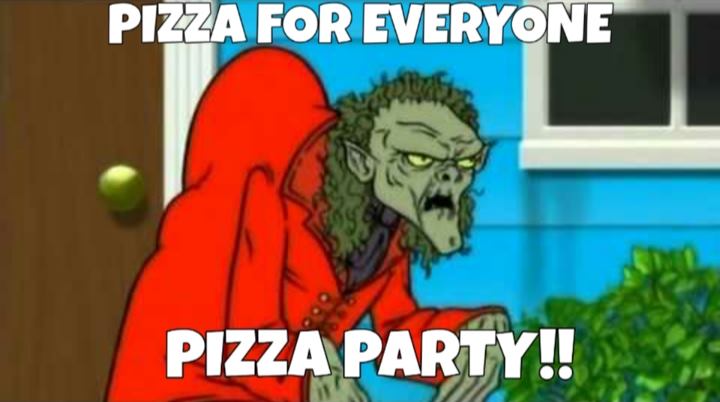 On paper Tazri’s ability is fearsome: look at the top six (don’t search) and put cards into your hand (not draw) which in theory would enable two really strong asymmetric stax effects: draw and search denial.  Some of the draw denial and search denial cards are inherently asymmetric, but many of them are not, and other players also tend to run them, (Aven Mindcensor is and ought to be practically everywhere, for example).

There are a ton of good wizards.  Really, wizard tribal is almost a competitive deck on it’s own.  And amongst cEDH staples, wizards are probably the most commonly represented creature type, unless it’s druids, and that’s simply an artifact of the reality that all the 1 cmc green mana dorks are druids.

It also just so happens that Warrior en-Kor is a warrior, so alongside the illusionist, we can assemble part of the old hulk pile.  If we get these two into play, we can mill ourselves until we get Thassa’s oracle into the grave, finish the milling process, then use Dread Return to return her, saccing Tazri, the illusionist, and the warrior to pay Dread Returns flashback.

But in every sense, it isn’t.

Working backward, the Wincon is the bog-standard win via exiling deck.

Either Thassa’s Oracle or Laboratory Maniac or Jace, Wielder of Mysteries

Demonic Consultation or Tainted Pact will end the game for you, though labman is the most dificult to follow up with a draw and the easist to simply kill with creature removal.  Both Jace and Thassa create effects that have to be countered on the stack, and neither of them are spells, so it’s difficult once they hit the board.  Though Voidslime will always exist.

You can also assemble Warrior en-Kor + Cephalid Illusionist, repeatedly targeting the Illusionist with the warriors ability, milling yourself, and casting Dread Return from your graveyard.

The deck also has some redundancy via underworld breach and timetwister.

The wincons are fine, but the breakdown starts here: how are we getting these pieces?  The deck runs the standard tutors and they are fine, but it’s reliant on Tazri’s draw ability, with cost reducers like Zirda, the Dawnwaker and Kinnan, Bonder Prodigy to either increase our mana or decrease costs to rapidly put cards into our hands, but the caveat is that it only puts the class cards in our hand.  Typical decks of this ilk, like Golos or Kenrith, either draw directly via Kenrith, or Golos allows casting of exiled spells for free, meaning your will advance your board state.  Tazri can put cards in hand, but searching 6 for a specific subset of cards of which there are only approximately 15 or so in the deck isn’t highly consistent, and the cards themselves don’t ramp particularly well.

We could cut interaction, but our package of 19 instants is just enough to expect to stay in the game, have some control, and protect our combo a bit.

Ramp comes from mana rocks and mana dorks, a fairly standard set.  There’s the potential to go infinite a few different ways, especially with colorless mana.  Sadly going infinite with colorless mana probably won’t be enough, though it will let us fill our hand with wizards.  Unlike having Thrasios in the command zone, where colorless mana leads to filling your hand with interaction and dumping tons of land, here we’d end up with a hand full of wizards and no other outlets, and the necessity of discarding, which could be good for dread return, but it also means put cards on the bottom of the deck, rather than decking ourselves allowing a wincon.  Thrasios and Kenrith have the side effect of taking cards out of our deck, where Tazri’s ability only puts the non-eligible cards back. Tazri isn’t a draw, per se, and this we hoped to take advantage of, but it ends up being a sort of non-bo.

While it may seem odd to write an article about a deck that doesn’t work, I think it’s indicative of how deck building can go, how you work around a new mechanic or try to build a new sort of combination, and what can seem a promising new avenue doesn’t really lead anywhere. Next week we’ll look at building around Kroxa, Titan of Death’s Hunger, who doesn’t want the turn to end.