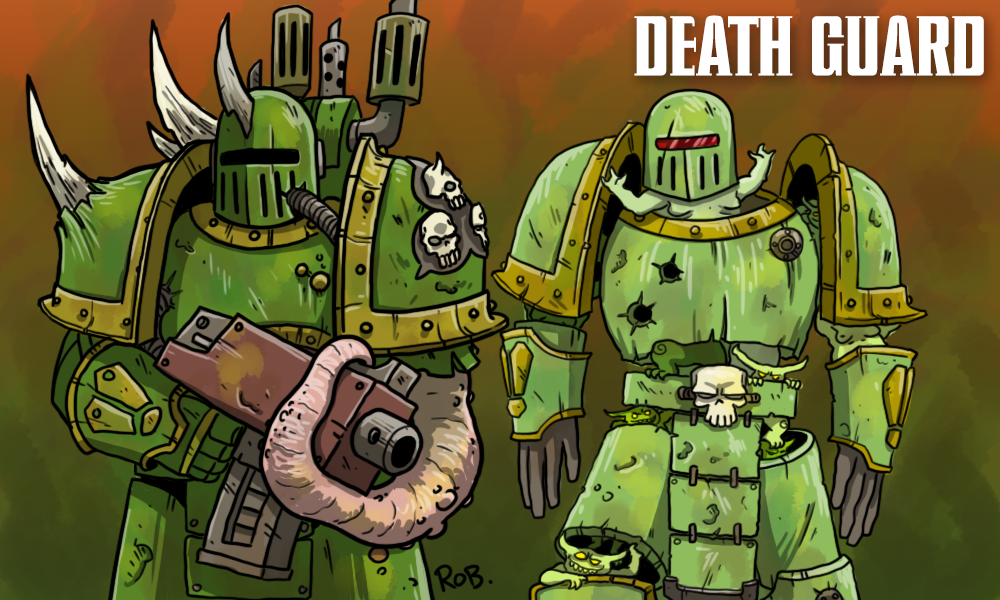 I took another “Hooson List” to the now-infamous Dallas Open two weeks ago and was surprised at how effective it was. The event itself was great. It ran mostly on-time, there were a lot of judges which were quick to respond, and the staff was extremely friendly. I also approved of the fact that I didn’t have to play butt-to-butt with the person on the table behind me. Going into the event I expected I’d see table after table of the Dark Eldar menace over eight rounds but fortunately I was only graced with 2.5 Drukhari opponents. And the Aeldari soup guy I played against didn’t have any of the “broken” Drukhari stuff in his list.

That said, this list has a pretty good match up in to Drukhari as it’s composed almost entirely of T7 vehicles with a 3+/5++ save and Disgustingly Resilient. This limits the number of units a Drukhari player will have that are efficient at taking out your own and means that if you can remove those units quickly your opponent will be left with some fairly pitiful options afterward. Due to the decent volume of anti-tank weapons and weapons that are good at taking out light vehicles and heavy infantry it’s not all that difficult for this list to open up all of the cans to get at the fragile knife-ears inside.

The plan for the list taking on Drukhari is pretty simple: Break their boats and make them walk. Charge them if you need to and force your opponent to spend CP dealing with them. Use your mortars to clear off the unfortunate souls that they leave holding their rear objectives. This will routinely make it so your opponent can not handle what you have remaining. Otherwise use the list’s speed and firepower to play aggressively and remove threats early and often. I ended up using Flash Outbreak at least once per game with either the Bloat-Drones or Blight-Haulers to put Ferric Blight on an enemy unit to improve my units’ damage output.

In future games I’ll likely remove the Supparating Plate relic and replace it with the Plague Skull of Glothila. Originally the plate as for standing the plaguecaster on a rear objective but I tended to use him too much to leave him back there.

Of note was my game 7 – I played game 7 against fellow Goonhammer author Boon’s Dark Eldar on a table which was essentially built for the Drukhari. It felt like a decent back-and-forth through battle round 3, but things slipped away from me in the last two turns. This was largely because the table was very difficult to move on, making it easy for him to hide units and difficult for me to use my own units’ speed well. As a result it was rare for me to get more than 70% of my guns on targets in a given turn. When the game ended all Boon had left was Drazhar with two wounds, a squad of 3 kabalites, a squad of 2 grotesques, and the unit of Trueborn. Take from that what you will. Boon played a spectacular game, but I don’t think that it goes down like that if the terrain changes to be a bit less Drukhari-friendly.

Choosing Secondaries: Shadow Ops are pretty much out, so your picks are largely going to be dependent on your opponent and the mission. I frequently took Engage on All Fronts and Grind Them Down, while the third secondary objective was usually either a kill secondary or the mission secondary.

Overall I do believe that this kind of “ObSec is for the weak”-style list can go all the way and this list showed me how effective “power lists” can still be in 9th edition. Just make sure your power has enough speed to make use of it.