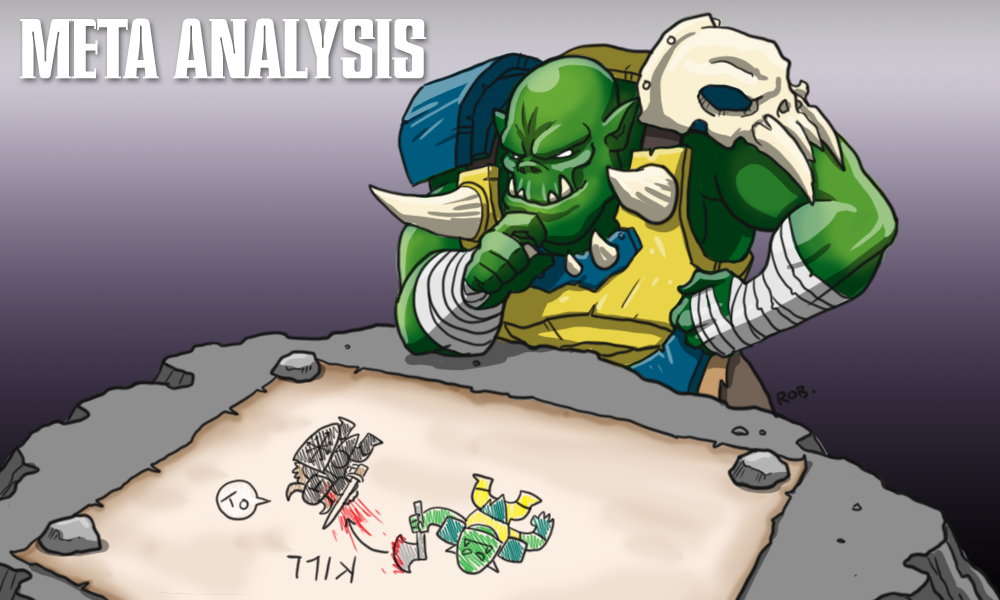 We’re back this week with another look at the winning lists from the week that was. We’ve only got one GT to cover this week, last weekend’s Lone Star Open event, a five-round even featuring 62 players. It’s still early days for competitive play in Age of Sigmar’s third edition but things are starting to heat up and we’re starting to see some patterns emerge in what kinds of successful lists we’re seeing week-to-week. So while there’s only one event to cover this week, there’s a lot to talk about.

You can find a link to the event standings on Best Coast Pairings. 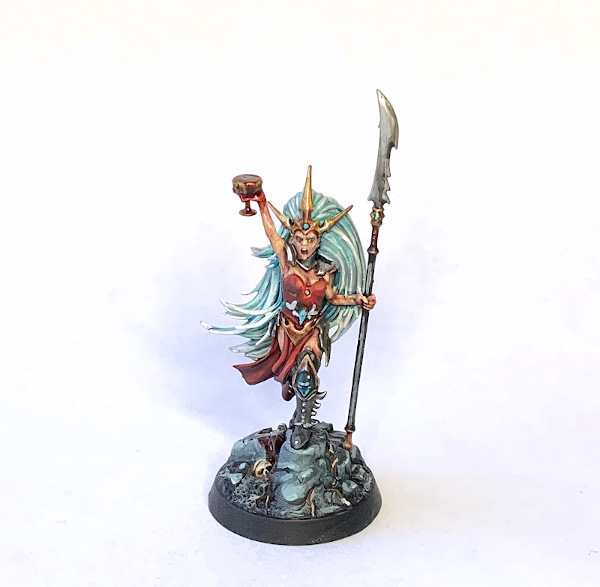 The Shadow Queen (330) in Battle Regiment

Hagg Nar was the dominant Temple back in 2nd edition due its powerful aura command ability to boost durability of nearby units, and it typically encouraged bricks of Witch Aelves or Sisters of Slaughter to maximise their effectiveness. With the new tome and 3rd edition this took a backseat to Khailebron and other Temples, but Matt brings them back with a vengeance by combining their best qualities with the powerful core of Morathi + Sneks. The blob of Blood Stalkers is still here to provide potent ranged damage that activates in the hero phase due to Morathi, but the Witches provide some backbone to the army that means they rely a little less on back breaking Alpha strikes and more on grinding out the game.

Morathi is as good as she’s always been, and the Shadow Queen will still create game situations that make opponents sweat, with the Warlocks and Lifetakers providing a bit of speed for Battle Tactic purposes and cheeky screening/objective grabbing as needed. The last and most potent ingredient in this stew is that Matt has foregone the temptation of a Warlord battalion and runs the whole thing in one Battle Regiment, meaning he was likely dictating initial priority in every round, a powerful thing when this list is flexible enough to go for an aggressive turn 1 alpha or sit back and wait for a double turn opportunity. 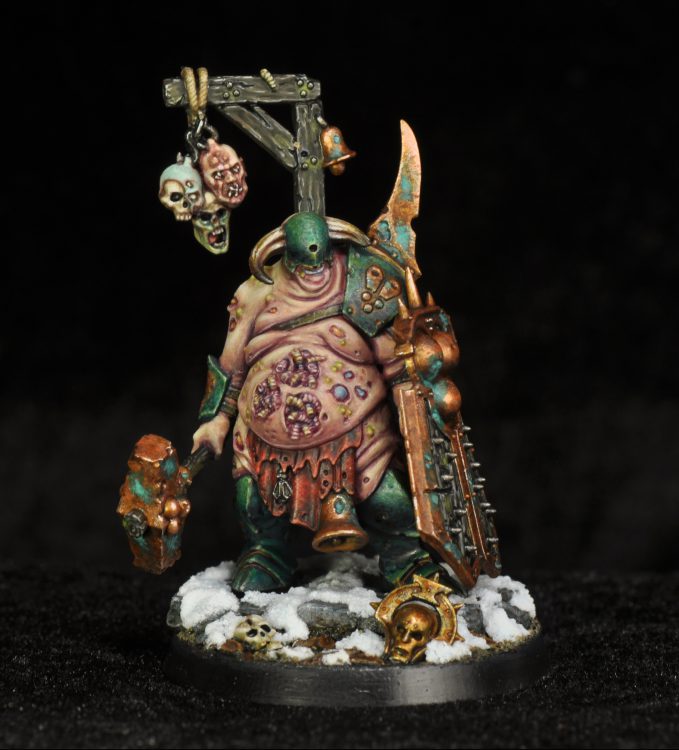 Harbinger of Decay (145) in Warlord

-Lore of Malignance: Blades of Putrefaction

Great Unclean One (350) in Warlord

3 x Varanguard (280) in Hunters of the Heartlands

20x Chaos Marauders (180) in Hunters of the Heartlands

5 x Chaos Knights (170) in Hunters of the Heartlands

Hunters of the Heartlands

Nurgle is one of the oldest books still in use, but has typically hung around on the mid tables due to access to some truly powerful tech. With Broken Realms, list builders tended to lean into Daemons to utilise the powerful buffs provided by the Bilepiper and Scrivener. However, Zachary has taken advantage of the sheer depth of options to put together something truly spicy. The Plaguebearers form a necessary evil of battleline that if left alone will provide nightmares later in the game if Zach decides to summon on a Bilepiper to shut off pile ins, with the rest of the army essentially combining powerful Nurgle allegiance abilities with the potent warscrolls of Slaves to Darkness.

The Chaos Sorcerer Lords provide two instances of Oracular Visions, which if you are not aware have been changed to grant +1 to save to a Mortal Slaves to Darkness unit until your next hero phase, notably without any kind of roll required. Save stacking on 3+ base save units is very potent at the moment, as it means you can present a very durable anvil that most armies without mortal wound access struggle to deal with – enter the Varanguard. There’s nothing stopping Zach from stacking both Visions on the Varanguard, meaning it’s effectively on a 2+ save ignoring 1 rend, or if he gets mystic shield off it goes up to a 2+ save ignoring 2 rend! Combine this with the possibility of granting them full hit/wound rerolls from Daemonic Power and a once per game second combat activation and you have a very tough, very hard hitting and reasonably tanky unit that can really apply the pressure to your opponent. Speaking of pressure, Untamed Beasts form a cheap and cheerful screen with pre-game moves to establish early game board control, and the Marauders can serve as a hammer blow with surprising reach to countercharge threats as they present themselves.

As for support, the Harbinger will sit in the castle throwing out a 5+ ward the whole game and stacking Blades of Putrefaction on the Marauders, Varanguard or Knights as the game situation changes, and the Great Unclean One provides movement buffs and a frankly unreasonable amount of tankiness with The Endless Gift to anchor things in the center of the board. 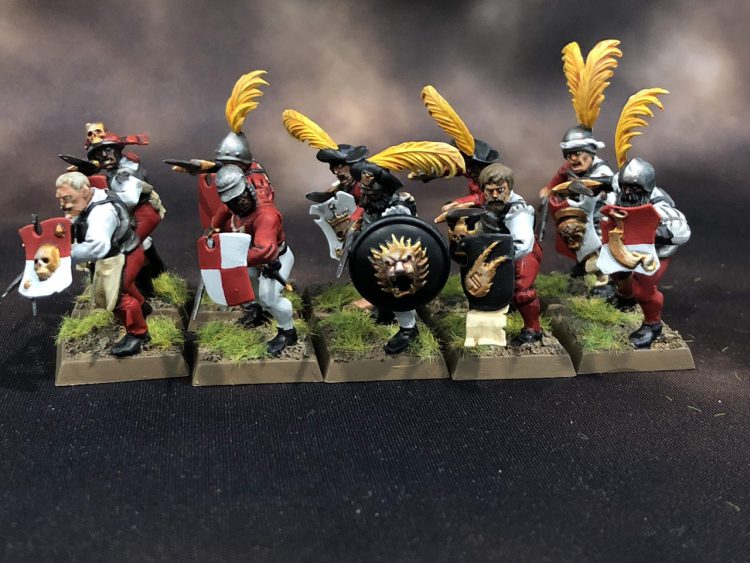 – Lore of Leaves: Cage of Thorns

Well… where to start? This list seems to take one of the core strengths of Cities of Sigmar – Irondrakes, and utilise them in a brand new way for the new edition. Shedding other support pieces like the Hurricanum and Battlemages, Gavin decided to use the Arcane Tome to make the Runelord a wizard in order to cast the Bridge, while the Command Trait Master of Magic means he can boost the reliability of the spell to help ensure the combo goes off.

With those points saved Gavin uses them to treat himself to Alarielle, who acts as an extremely mobile threat, moving 16″, chucking her spear to trigger Strike then Melt away and moving 16″ again. This level of mobility will really stress opponents without lots of screening units, as it becomes increasingly difficult to protect their juicy center when there’s Alarielle, the Shadowstalkers and the Knight Azyros all zipping around the board at high mobility to provide surgical damage where needed.

What strikes me about this list is it’s ability to play into Battle Tactics effectively – it can easily score Savage Spearhead at will and Alarielle will rack up bonus points if left alive due to being a monster, and the list presents a difficult choice for opponents. Do they try and focus down Alarielle? Well that’s no guaranteed thing, and her ability to heal up quickly means you really need to alpha her to finish the job, and to focus on her means the unit of 30 irondrakes will be left alone to quickly obliterate the rest of your army with some of the most efficient shooting in the game. Focus on the Irondrakes? Well that’s no easy thing when they have a 3+ save against shooting, truly devastating Unleash Hell potential and the ability to teleport around the board with Bridge… not to mention that leaves Alarielle free to tear chunks out of your army. Presenting difficult questions for your opponent is one of the best way to gain an edge, and Gavin seems to have found an interesting new angle on Cities of Sigmar. 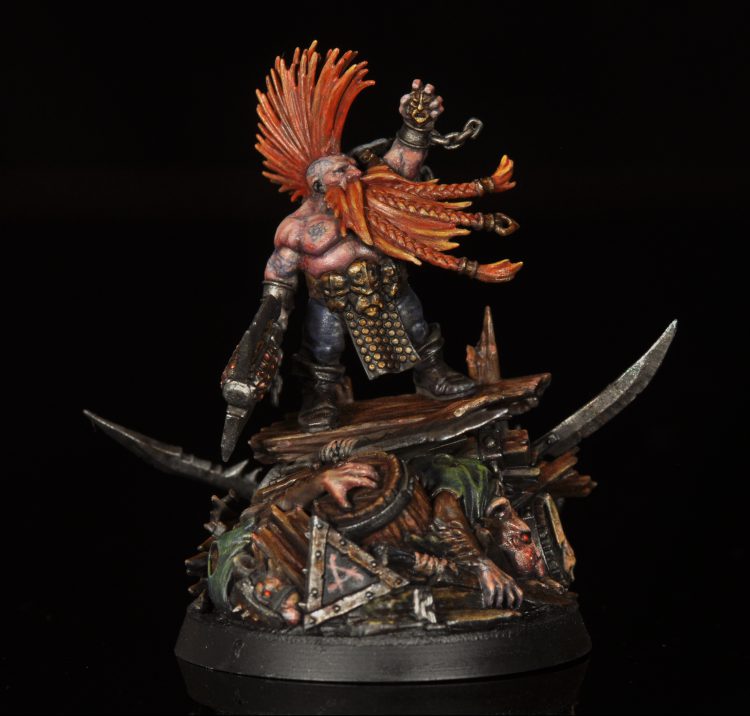 Hunters of the Heartlands

There was much bemoaning in Fyreslayer circles when 3rd edition came out, largely because they lost access to large units of Hearthguard Berzerkers and the ability to fight twice with their warscroll battalions. That said, no longer needing to take Lords of the Lodge freed up points not only from the battalion itself, but also because it no longer needed to bring the Auric Runemaster, a rather underwhelming hero that didn’t really help the Fyreslayers gameplan. With these points now freed up, Michael brings Gotrek.

Gotrek is the topic of much discussion in competitive circles, as the addition of Heroic Actions and his points drop have thrust him from joke option to metagame menace. It’s fair to say that the new edition has been kind to the Slayer of old, and while he doesn’t exactly shore up the mobility weaknesses that tend to plague Fyreslayers, he does present a threat that some armies flat out lack the tools to deal with, and if they can deal with him.. will they have enough leftover to grind through 30 Hearthguard Berzerkers with All out Defence?

Speaking of 3rd edition, we all know how prevalent Monster Heroes have become due to the changes to both unit types, and Michael opts to bring 15 Auric Hearthguard to present efficient ranged shooting to deal with the likes of Archaon, Teclis and Bel’akor. They sport damage 2 guns when pointed at Monsters, and they’re likely to find enough targets in the current metagame to warrant their inclusion. It’s a relatively linear list, but presents the sorts of questions that some lists lack the answer for.

That wraps up our look at the scene this week. Check back next time when we’ll be looking at the results of this weekend’s London Open. Until then, if you have any questions or feedback, drop us a note in the comments below or email us at contact@goonhammer.com.