Good day reader! Two events this week with some interesting and certainly unusual matchups. I spent the weekend at Carnage Teams (we came 8th out of 21 teams, thanks for asking) and had an absolute blast – it’s got to be said that in a team environment especially there’s a surprising amount of depth in what is viable and indeed potent. As for the meta at large, it still seems quite unsettled! An impressive feat considering the next GHB is due in the next few months.

48-player, 5-round Grand Tournament in Oslo, NO on November 26 2022. All the lists for this event can be found in Best Coast Pairings.

My first thought was “Wooo go Kruleboyz!!! oh… well 4-1 aint bad (before noticing he finished 3-2 and this bracket is fucking wonky)”, but let’s examine closer. Kruleboyz actually have pretty good game against combat focused armies, provided they are able to screen out their inner castle appropriately and leverage their boltboyz to take out threats as they come in. One of the problems however is getting overloaded with units in their face, which something Benjamin can easily achieve with no less than three combat monsters and a giant block of Blood Knights that can move quickly enough to co-ordinate charges. 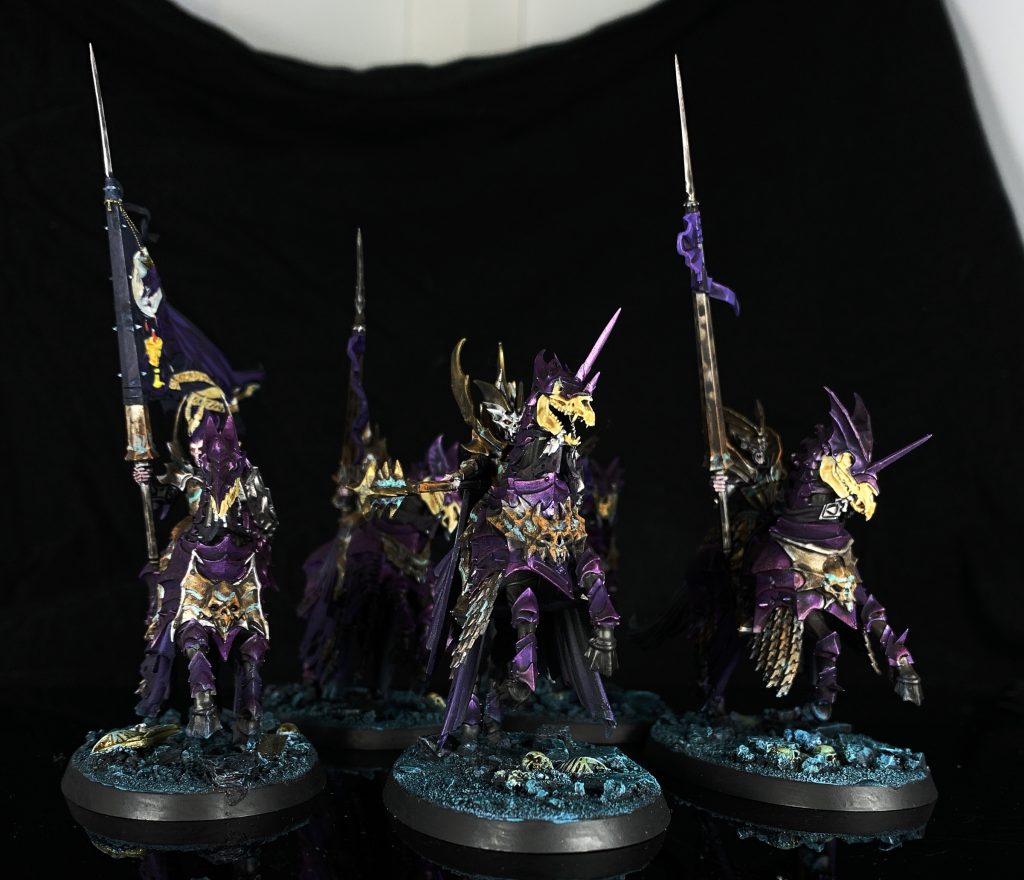 Soulblight have proven to have one of the deeper books in 3rd edition – especially impressive considering it’s a 2nd edition book. What’s interesting here is the path to victory doesn’t involve layering many buffs onto a summonable unit. There are buffs here of course, but Benjamin has instead opted to go heavy on herohammer. Mannfred, Neferata and a VLoZD is a extremely potent combination when you consider that Mannfred brings mobility and output, Neferata a bag of tricks including the ability to turn a unit ethereal, and the VLoZD with Sanguine Blur enables an extra 3″ pile in on units, meaning it’s quite possible to get into combat with the corner of a chaff unit and pile in far enough to hit the units the screen was protecting.

Finally, 10 Blood Knights is notable for just how difficult a unit it is to tie up and remove. In certain matchups, Bounty Hunters will even let them split attacks and annihilate multiple units at once. The army has some bad matchups, but this is a bloody good list.

6 Dragons in one unit!? I’ll be honest dear reader, I completely forgot it was possible. While it’s a lot of eggs in one basket, when said eggs are fire breathing and a living nightmare for many armies to deal with… you’ll just beat your opponent to death with said basket.

There were 6 more players on 41 records. They were:

44-player, 5-round Grand Tournament in Crediton, England, GB on November 26 2022. All the lists for this event can be found in Best Coast Pairings.

*Bosses of the Stomp
– Magnificent

**Bosses of the Stomp
– Magnificent

Perhaps overlooked in the latest Skaven book is how efficient Plague Monks are. Yes they die in droves, but with a few buffs (Death Frenzy & Rabid! Rabid!) a unit of 30 can throw out 120 attacks on 3s/4s, (rend 2 on 6s), damage 2 against GV in Bounty Hunters… with fight on death.

The basic premise here is to trigger Great Plagues and just force really bad trades… Oh are those 400+ point models coming over the horizon? This seems like this result was inevitable.

With three priests total, he’s getting a +3 modifier on his prayers making them remarkably consistent but that’s not what’s important here… It also means they’re triggering great plagues on a roll of a 3+. For those not aware, the Echoes of the Great Plagues are powerful once per battle effects that almost feel broken for how potent some of them can be. Go read up on them.

Mostly though, this is just buff and slap with cheap units that can trade up in melee combat. The Verminlord Corruptor gives the army a combat element who can hand out +1 to hit and wound to a unit of Plague Monks (or himself) to really push the unit’s damage up in key situations.

There were 7 more players on X-1 records. They were:

I hope next time I see Kruleboyz grace our Showdown feature, it’ll be in slightly more optimistic circumstances! I’d like to say it’ll be me in said showdown, but after extensive time playing their latest incarnation post battlescroll I simply don’t think they have the firepower necessary to hang with top table opponents CONSISTENTLY enough to finish 5-0 at a tournament. Instead i’ll be chasing the filth with Slaves to Darkness… don’t judge me, I did my time. Speaking of time, see you next!