Competitive Innovations in the Mortal Realms: Who Needs Morathi?

A light week follows last weeks barrage of Tournaments, with just one week to discuss – it is Summer after all!

41-player, 5-round Grand Tournament in Puyallup, Washington, US on August 27 2022. All the lists for this event can be found in Best Coast Pairings.

Mathew Kangiser – Seraphon: Starborne seraphon here – opting for a summoning strategy while still finding points to include two large units of teleporting Salamanders *and* an Incarnate.

Screening is going to be essential here – Matthew has the capability to blow up any support heroes Jeremy has by teleporting a brick of Salamanders in position using Lords of Space & Time. That said, their ranged attacks are limited to 12″ range, so by spreading out his forces Jeremy can effectively force the Salamanders to deploy outside of 12″ range from his important things by creating a 3.1″ bubble around his inner castle with the smaller units. The nice thing about LOS&T as well is that it doesn’t care about the Incarnate’s no retreat rule, as you just yank them out of combat anyway.

So what does Matthew have to worry about? Well for starters pretty much every one of his units bar the Incarnate will get obliterated if it touches any of Jeremy’s units – Thunder Lizard this is not, and he’s going up against one of the most combat efficient armies in the game. The Salamanders usually thrive by blowing up their opponent’s natural predators and then resting assured that they can overcome whatever is left with overwatch… but that strategy doesn’t really work when every unit Jeremy has can be buffed to the point where it happily trades with the much more expensive Salamanders. Objective control and priority seem poised to be a big factor here, as they seem well matched in terms of army construction.

It perhaps goes overlooked but Blood Sisters are one of the most efficient combat units in the game – a unit of 10 will consistently dump about 8-9 mortal wounds on a unit, without even taking into consideration they’re throwing out 31 high quality rend 1 attacks. As DoK is known for it’s buff scaling, this could be pushed a little to make it into a true death star for blowing up enemy big boi threats like units of 4 Pusgoyles, or the unit can simply be used as a lone operator that will happily blow up all but the best of your opponent’s army with zero buff support needed.

This kind of flexibility is important in this list, as it frees up the Hag Queen and other buff elements to use *their* good stuff on the Witch Aelves for a true death star that will be difficult to outright destroy (thanks to Heart of Fury combined with 4+ rally from Zealous Orator) and can act as a pseudo anvil on key objectives. 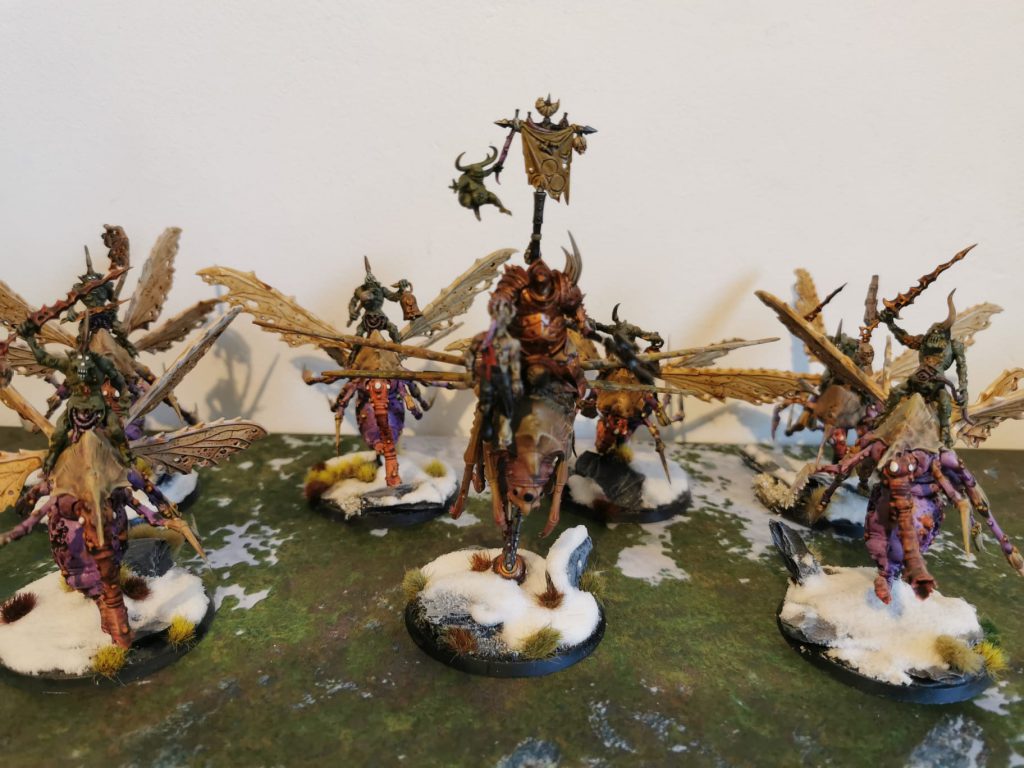 The above isn’t really the Archetype, as to be honest it’s still all about the Gatebreakers here, but this is a nice little refinement to what was a rather stale formula. To elaborate, a single Mancrusher in Bounty Hunters becomes a potent little piece that doesn’t cost the world (important in SoB) but is still capable of obliterating any Galletian Veteran units it comes across thanks to the Bounty Hunter battalion effectively adding 12 damage onto their damage ceiling.

The nice thing here is that by opting for two Mancrushers over a fourth Mega Gargant, the rest of the list can be dumped into 3 of the strongest and most expensive Gargant – the Gatebreaker.

Here’s hoping for more to cover next week! Hope you have a fantastic week.

Ellarr also has his own Youtube channel to cover other aspects of competitive Age of Sigmar which you can find here. If you have any questions or comments leave one down below or email us at contact@goonhammer.com.