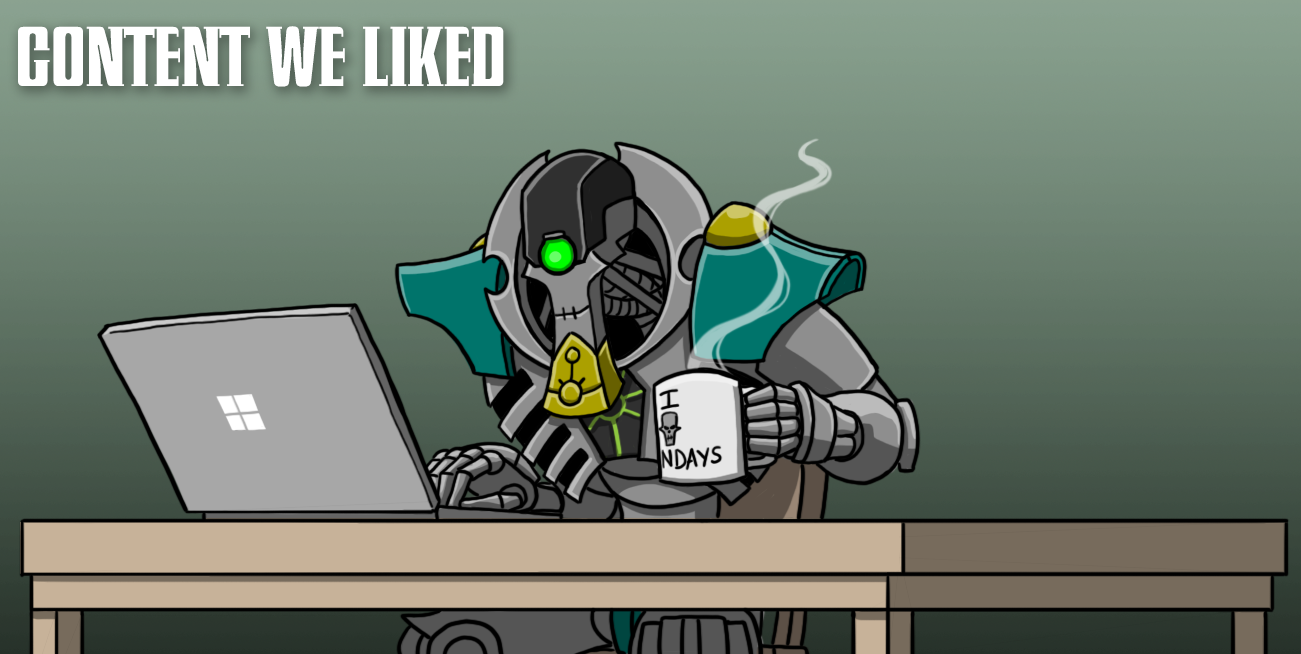 Although it’s a big internet out there, the Warhammer digital universe is pretty small and spread out. In Content We Liked, we take a look at the articles, videos, podcasts, and products that caught our eyes or were noteworthy during the prior week you might have missed. Here’s what we liked this week:

This week was absolutely stuffed with content. To the point where I’m definitely leaving stuff out in the list below. If there’s anything you missed, I’d recommend going back and reading it — it was all great stuff.