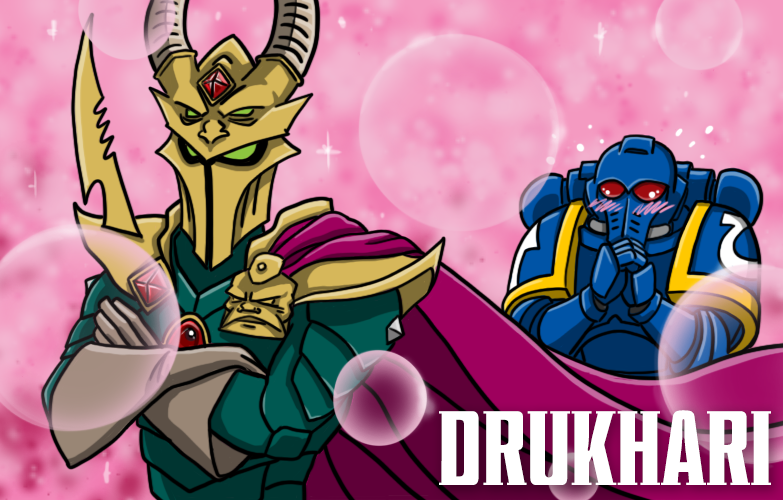 It’s been a month since the 9th edition Drukhari book was released, and so GW have now uploaded the post-codex FAQ and errata. Here’s our initial thoughts on what’s changed.

There were a number of questions that came out of the new Drukhari release, some of which have been hotly debated online. Are Reavers really, really meant to be 10pts this time? Are Raiding Forces really meant to start with 14CP? How about that blender Succubus? The FAQ answers some but not all of those questions – let’s break it down.

First things first, since the Internet is losing its mind about this: the dreaded Razorflail Succubus combo comes from tools in the Cult of Strife supplement in the Book of Rust, so if it’s going to get hit it’ll be in the FAQ for that rather than the Drukhari codex. We’ll see if that shows up next week.

Agile Hunters has changed to say that it adds 3” to the movement of a unit with Hypex (a combat drug) rather than 2”, where previously it said 4” instead of 3”. This is obviously a marginal nerf, but looks like it was always intended to be an extra +1” movement, so this is just bringing it in line with the intent.

Due to the way this was originally worded, the bonus technically triggered every time a Haemoculus got out of a transport, meaning that if they were really dedicated to not skipping leg day they could trigger it up to three times in a game, or even more with Never Stationary shenanigans. This didn’t seem likely to be deliberate, and so it has proven – you now get this once, which we’re pretty sure is how everyone has played it anyway.

This has just had a minor wording mistake corrected – it was clear from the conditions that it applied per battle round, and now the rule correctly says that.

This may look like a nerf on first pass, but the original trait here barely worked. It added +1 to wound rolls, but the majority of the Haemoculus’ weaponry is poisoned, which triggers on unmodified rolls. Given their low strength, it was pretty rare that they’d ever get a better wound roll that the poison number even after adding +1, and this now meaningfully helps them do damage (and is pretty vicious with the Coven of Twelve’s Flensing Blade relic).

Reavers cost 20pts. We knew that. You knew that. It’s still nice to be told, absolutely, for sure that that’s the case.

At the same time, Blasters have come down to 10pts, which is a nice boost – right now there was no call to ever take them over heat lances, but bringing them to price parity makes it more of a choice as you can advance and shoot with them.

Also, before you all start insisting heat lances are free now (we see you there) the wording here doesn’t say “replace the whole entry”, it just says “change the following” and lists a sub-set of the bullet points within it. Yes, for some reason they’ve reprinted the grav talon and cluster caltrops costs, but it doesn’t stop things that are listed in the book that have a cost not listed here still having one. Pay for your units, it’s not hard  (Corrode: if you’re still inclined to argue note that the entry also doesn’t have a unit size for Reavers, so you’re welcome to have free heat lances as long as you also accept that the unit cannot exist).

Only does anything if it hits. Seems logical, but there’s enough of a wording gap that clarifying it makes sense.

Overall – not much, which shouldn’t be a massive surprise to anyone who’s been following the trend of immediate FAQs this edition. There are quite a few things (which we covered in our roundup) that are functional but feel like they could get a change, but it looks like a decision has been made to wait and see on some of them. We also need the Book of Rust FAQ to get the full picture, because if anything is going to get snap balance driven errata, the Competitive Edge/Razorflails interaction is probably it.

What this does do is further cement Drukhari as the faction to beat right now, and it doesn’t look like any help is coming in the form of rules changes. Make sure you’re packing elf murdering tools in your tournament lists. Lots of them.