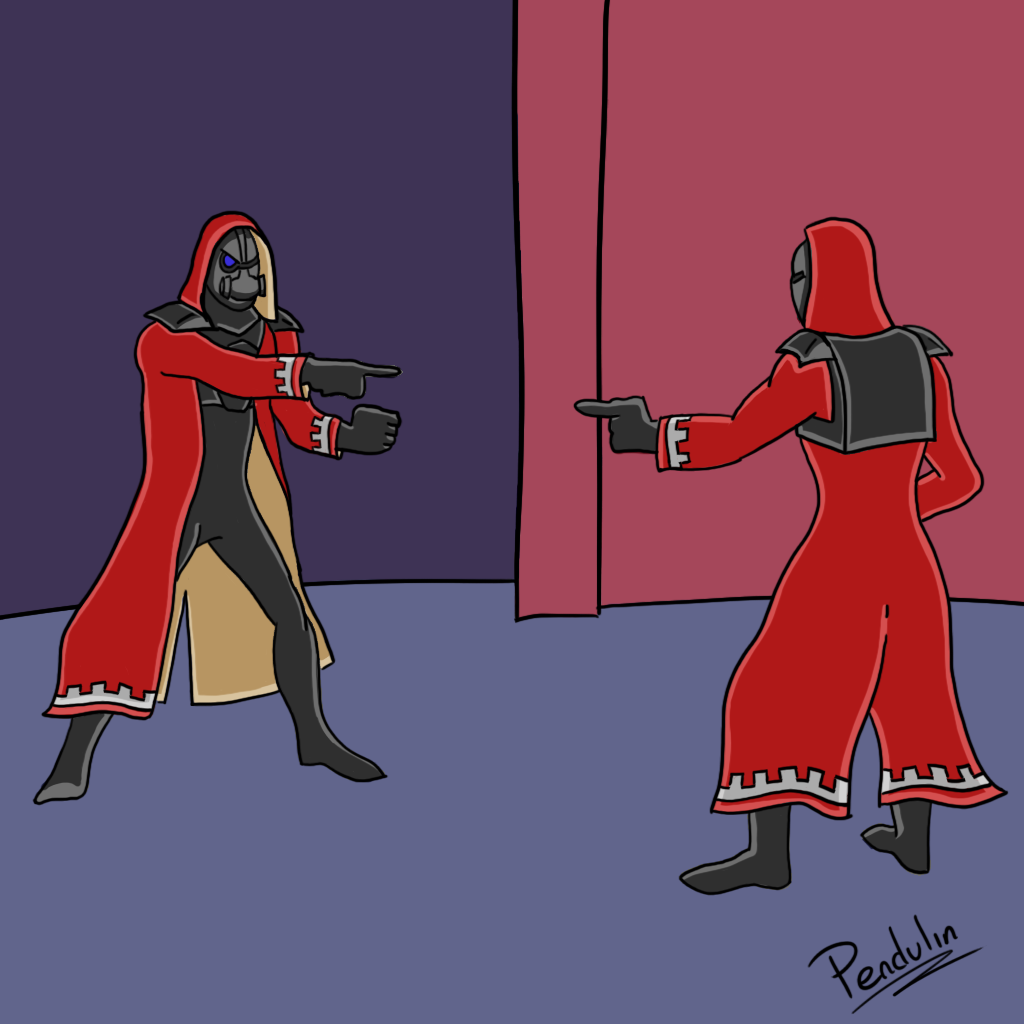 Games Workshop served up the Adeptus Mechanicus FAQ last week, and it’s already left a bad taste in my mouth. Our Adeptus Mechanicus FAQ – Hot Take covered how these changes will impact servants of the Omnissiah, as well as their opponents. And for a large part, I echo the opinions in the Hot Take. However, there’s one particular change which I have issues with, and it speaks to an issue I have with Warhammer 9th edition at large:

Ironstriders losing Core is flipping a giant switch that should never have existed.

The Adeptus Mechanicus codex is about synergies. It’s about combining abilities, overlapping buffs, and clutch strategems hidden up your sleeve. And the vast, vast majority of these are keyed off the ‘Core’ keyword. Skitarii Core. Cult Mechanicus Core. <Forge World> Core this, Data-Tether Core that. Either you’re core and cool, or you’re left out in the cold.

And no unit benefited from Core quite like Ironstrider Engine units. Anyone that’s played as or against the new Adeptus Mechanicus knows that Ballistarii have been an unrelenting powerhouse. Too much so. The sheer amount of damage, consistency, utility, and durability on these units is unlike anything else in the game, especially given their low point cost. They absolutely, unquestionably, deserved a nerf. And this errata certainly does that. I’ll go as far as saying that Ironstriders might still be too strong, though we should wait and see how tournaments shake out before calling for additional changes. But I digress.

Games Workshop dealt a nerf to this problematic unit in the latest FAQ. If you aren’t familiar with it, here it is reproduced in its 10 word entirety:

Surface level, this is great. It’s knocking those pesky Ironstrider down a peg. But what exactly changes? What’s the actual impact of this nerf?

What Changes When You Lose ‘Core’

That’s three strategems, three relics, four Holy Orders, four dogmas, five unit abilities, six Skitarii warlord traits, seven warlord traits, eight sources of Data-Tether. Assuming I didn’t miss any, that’s forty different interactions all keying off the ‘Core’ keyword, and all forty have been removed from Ironstrider Engines. (40 was the count at initial publish. I’ve since correct the list above but I’m not going to update counts in the article because I’d be here all day).

One Keyword to Control Them All

Core being used for game balance is like driving a car that only has the emergency brake, like turning off a light in your house by flipping the master breaker. It’s all or nothing. And in Admech’s case, it’s the deciding factor of whether or not you get the complex interweaving actions that the faction is built around, or if you sit there twiddling your thumbs like the lowly Kataphron.

As far as the ‘Core’ keyword goes, Adeptus Mechanicus actually got off pretty easy. Talk to your friendly local Necron player, ask for their opinion on ‘Core’, and see what they say.

Imagine that 9th edition never introduced the ‘Core’ keyword. Then picture someone proposing an Ironstrider nerf that read:

This would be absurd. There’s no way that each and every one of those interactions was problematic and that the only solution was to create an exception for Ironstriders on every single one. However, mechanically, that’s exactly what Games Workshop did because they flipped the control they built for themselves: a giant all or nothing switch.

And this is the core problem with Admech. By keying so many different abilities off the ‘Core’ keyword, they greatly diminished their ability to finely balance the game.

I would have started with Skitarii Marshal rerolls and Programmed Retreat fall back and shoot. Maybe change how Holy Order traits are applied or limit stacking multiple Skitarii Warlord Traits on the same unit. Maybe make small, targeted changes on problematic and overpowered abilities.

Alter some of these abilities so they don’t effect Vehicle units or they only effect Infantry units. Use the existing, intuitive keywords instead of just turning off all interactions with a unit.

If you’re dead set on the ‘Core’ keyword, have more things in the game like the Cybernetica Datasmith and Kastelan Robot interaction. Have ways of granting the ‘Core’ keyword, but it comes with an upfront cost and there is counterplay against it. Maybe a unit of Ironstriders gains the ‘Core’ keyword when an Enginseer awakens it. Maybe each player elects three units at the start of the game to become ‘Core’. Maybe ‘Core’ just means Troop + Fast Attack + Elite – Vehicles – Monsters.

This all being said, I’m not a game designer. My suggestions are little more than top of the mind ramblings as it’s easy to armchair-game-design. If I was in Games Workshop’s position, I’m positive that my solution would likely have been far clunkier than anything they came up with.

But regardless of what I would have done, I would have tried to do something other than taking a codex that’s both mechanically and thematically built around complex interactions and interworking systems, grabbing the problematic units, and then removing all interactions with them. Yes, that nerfs them. But it also makes them stick out like a sore thumb: a non-interactable unit in a codex full of interactions.

Have any questions or feedback? Want to hoot and hollar about how once again, Goonhammer has posted contradictory bullshit about your favorite faction to drum up CLICKS FOR THE CLICKS GOD? Drop us a note in the comments below or email us at contact@goonhammer.com.