Editorial/PSA: Nobody Cares How You Paint Your Space Mans 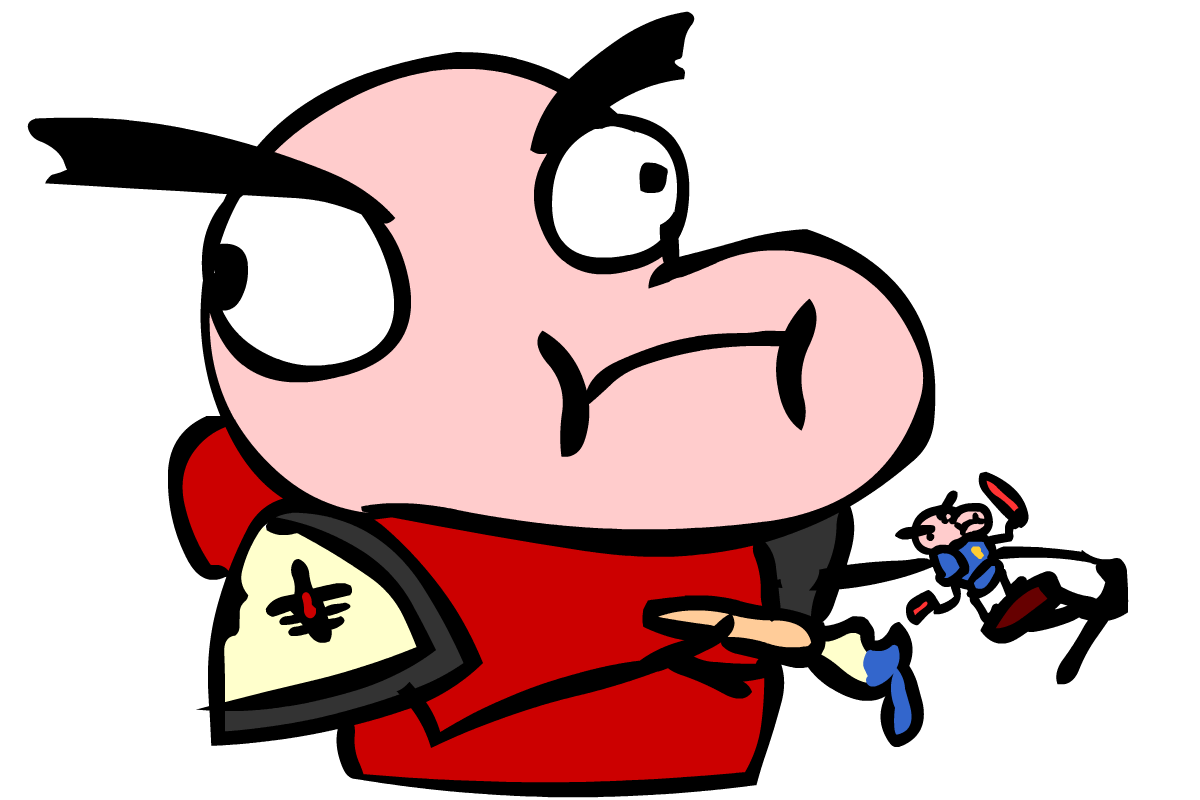 Or: That is the Incorrect Macragge Blue for Calth in 0014.M31

The other day I was working on some Fallout miniatures. For the most part, the raiders, super mutants, et al. have a hodgepodge look to them that really lets you cut loose and do whatever you’d like. However, I wasn’t just working on anybody, I was working on Paladin Danse and Knight Captain Cade, two established characters from Fallout 4. I checked the box art for reference, then did what I did when I worked on my Brotherhood of Steel jobbers before – checked the wiki for uniform references. It was then I realized that Knight Captain Cade was painted wrong on the box art. He was painted in the red of a Brotherhood Field Scribe, when in-game he’s wearing the white Brotherhood Medical Fatigues. I had to correct this grave oversight, and spent half an hour researching the “correct” uniform, looking up reference photos and videos from Fallout 4, and only then did I put paint on the model. 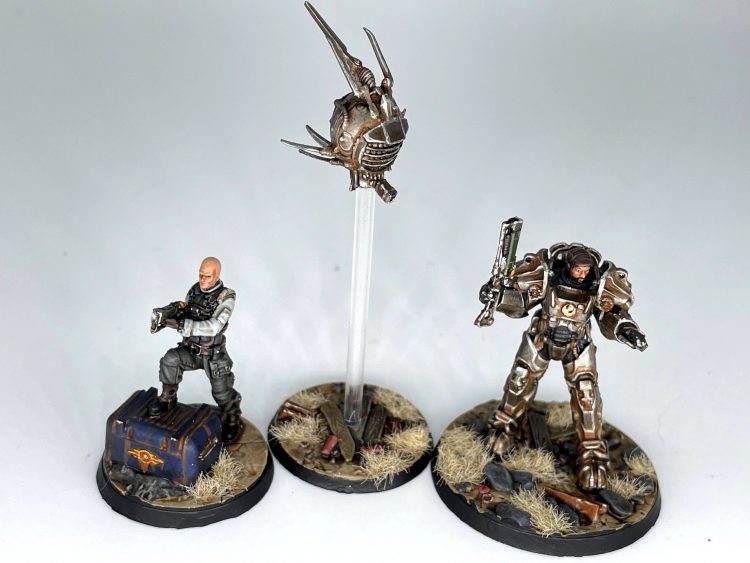 I tell all this to my wife, an avid Fallout player who has a framed pinup of Paladin Danse over her desk, and her response was equal parts brief and damning: “Why do you care?”

Much like the pirate code, I see what’s in the novels, codices, video games, and what have you as guidelines and not hard and fast rules. I’ve come to the conclusion that I do care until it is inconvenient to do so, at which point I can bend the setting to my will. When it comes to other peoples’ hobby, I’m just happy to see someone excited about what they’re making. Neon pink Craftworlds, an Imperial Fists battle company with 7 tactical squads instead of the codex-compliant 6, Rhinestone-crusted Stormcasts, a Goliath gang that isn’t from Necromunda, a two-things-at-once IP crossover army, whatever – if it’s not my army, adherence to what’s “proper” doesn’t matter one iota to me and it shouldn’t to you either. People can color inside the lines if they’d like to, but if they want to go outside or play proverbial Rippy Bits, let ’em do so in peace.

That said, it can be a lot of fun to dive into the lore and heraldry of a faction. I love working on heraldry and working through the minutiae of how to represent both existing models and new creations in a way that’s accurate to the lore. It’s a fantastic springboard for your own self expression and a great way to steer a hobbyist who doesn’t quite know what they want to do with a project yet, but it’s not for everyone.

Context can matter, too. When it comes to historicals, where this particular group of 3eme Voltiguers are meant to represent a real military formation, it makes sense for them to be historically accurate. They’re models of real people who once fought and died on the battlefields of Europe, not some character in a science fiction game, and for me that’s a higher bar. That said, while I spent hours researching their uniforms and nailing the details, if someone else just painted ’em blue that’d be French enough for me. 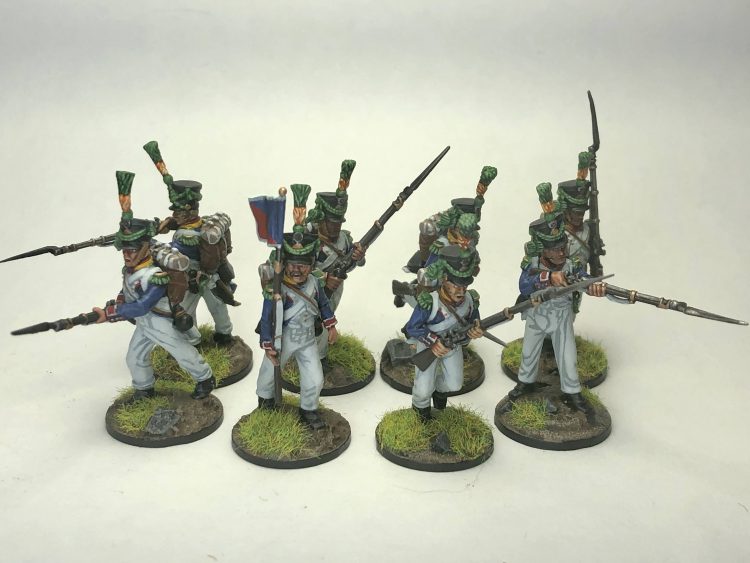 But why care about fictional uniforms and the people wearing them? Knight Captain Cade is just some rude fucko in Fallout 4 who I hardly had any memory of, so yeah, why did I care? I can only think it’s because Fallout is a setting that’s near and dear to me, and I want to represent it the way it appears in my head and on the screen. It’s the same drive that pushes me to make sure each squad in my Ultramarines has a unique squad number and that they follow the codex patterns as laid out in Insignium Astartes. Of course, as a long-time warham, I’m just a little bothered by the squad numerals on the decal sheet no longer just going up to X, but up to XX. That illustrates my next point:

The Lore is Made Up And the Points Don’t Matter

Once upon a time Space Marine chapters were 10 companies of 10 squads of 10 dudes, plus commanders, armor, and a murky number of support staff. Each company had specific allotments of Assault, Devastator, and Tactical squads, and only a few chapters strayed from that. Then, with the introduction of Primaris Marines in 2017, 30 years of lore were upended and now there were just… more. Who knows how many squads of what are in each company? Who knows how many companies are in each chapter? More importantly, who cares? At first this threw me for a loop – I didn’t know what squad numbers to put on my marines because what if they were wrong? These are Ultramarines, goddammit, and their dad literally wrote the book on chapter organization. With the new lore being a lot more loosey goosey with this stuff, who cares if right now my Hellblasters are squad XX, when, a year from now, the new Space Marine Interpolators are supposed to have that squad designation? Honestly, nobody should care unless they really want to. Giving up that adherence has been hugely freeing, even if I make sure each squad has its own numerals and any repeats are from different companies.

If anything, this gives folks more room to use the existing lore as a jumping off point to tell their own stories. These Reivers, as with all my Phobois, are seconded from the 10th company. To show this, they have partially black armor and adopt the gold trim of the 2nd company. Is that in any official source anywhere? I don’t think so, but I think it’s neat and it lets me put my stamp on things, while still scratching that uniforms and heraldry itch. 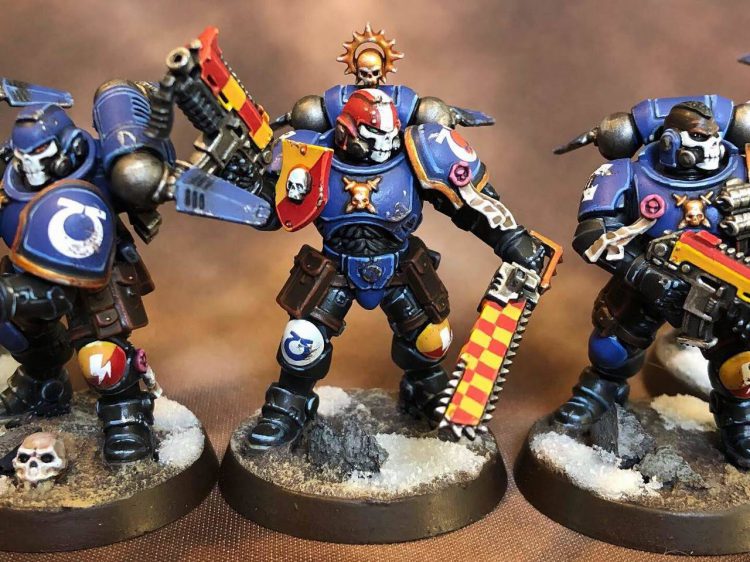 Your army, your project, your fanfiction, whatever, is all part of your journey, and nobody should give two shits if it isn’t congruent with “the lore” – a mutable, multi-author, and impermanent fixture that changes with the times and exists largely to sell toys and tie-in novels.

Lore as a Cudgel

A short while back, my Badcast cohost Dan posted some of his absolutely lovely Raven Guard models on Twitter. One of them had dark skin, in contrast to the alabaster white skin Raven Guard are typically portrayed with. Naturally, some shitheel got in the replies about how this was a misrepresentation of the lore, and how Dan and other commenters weren’t “real fans” because they didn’t see a problem with the model’s skintone. Said shitheel clearly has some Bad Opinions and a deeply flawed worldview, but even if he didn’t, what’s the harm in making a minor change to the established color scheme to better represent both the real world and your own values? Would this dude’s opinion change if the “official scheme” included a more representative unit of Raven Guard? I mean, probably not, he sucks, but someone with a more open mind could see that as a whole new opportunity for expression. There’s no single arbiter for what is “right” in a fantastical setting, especially one as vast as 40k, where it’s designed to let you make your mark.

Conversely, if you do your homework and study every little detail to make your models as historically (or future-historically, or fantastically, or whatever) accurate as possible, that whips ass. That in itself is an expression of your passion, your care, and what makes you happy in the hobby, and that is something that should be praised and encouraged. Some folks will even be happy to hear about how much energy you put into researching this stuff, which can be a hugely rewarding hobby in and of itself. 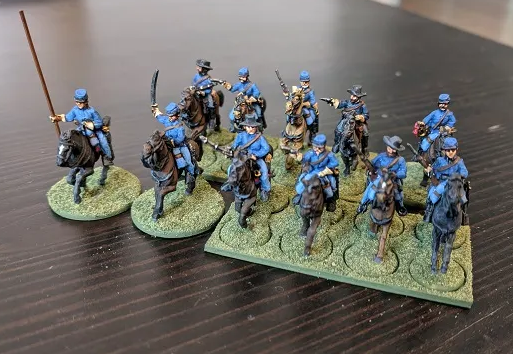 If you have a Necromunda gang painted to look like some dirtbags from a late 2000s skateboarding movie and you put just as much love and care into them as any historicals nerd, that should be praised and encouraged as well. If that’s what excites you, that’s the only thing that matters. 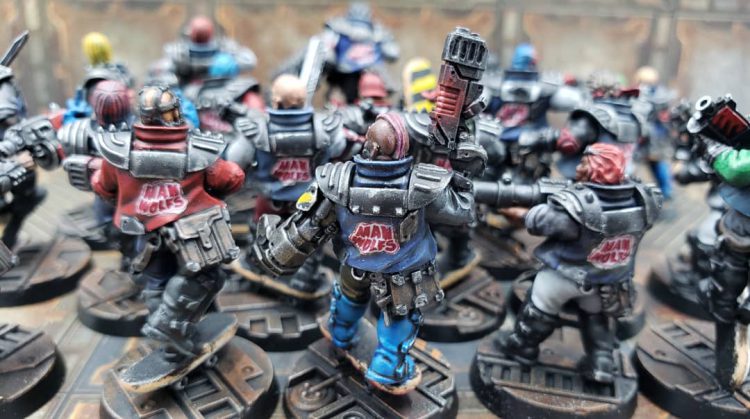 If you just want to slap some paint on models and don’t much care for squad markings, regimental banners, company organization, or whatever, then more power to you. It should be clear what a model is and what army it belongs to just for the sake of actually playing a game with people, but beyond that, anything goes. Just avoid painting real-world hate symbols on your spacemen or whatever.

Nothing Matters, But In The Cool Way

What I’m looping around to here is this: this is your hobby, do it your way, and don’t give other people a hard time for how they do it. Let your friend be a die-hard purist who only paints as dictated by their army’s rulebook. Play against your buddy who made up their own custom army based on their reams of fanfiction. Encourage your pal who’s painting their gang/army/team based on their little kid’s drawings. 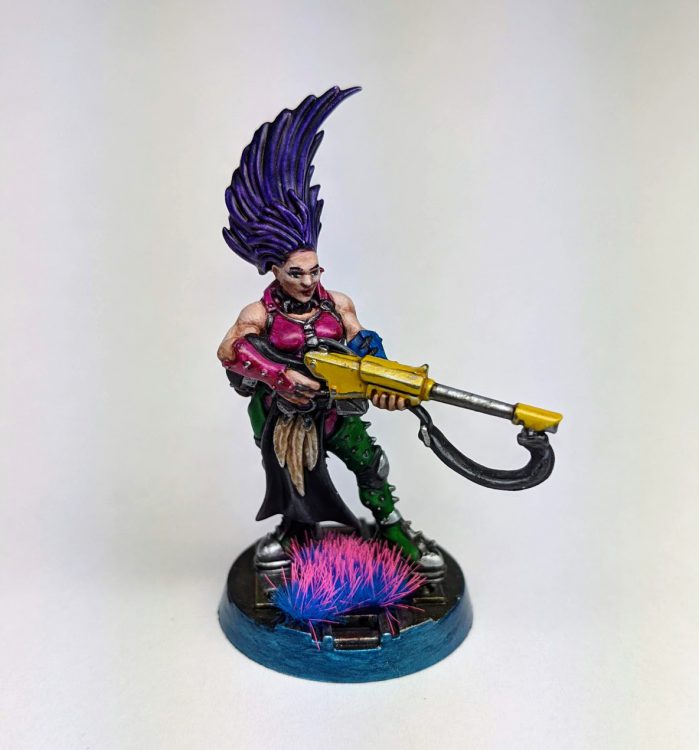 Most of all, be supportive, encouraging, and as excited as they are. None of us are on this spinning dirtball for very long, and “well, actually…”ing random folks on the Internet is a pretty shit way to spend that time. Female Space Marines, technically incorrect Battlemechs, and historically inaccurate Napoleonic regiments are just as valid expressions of the hobby as any painstakingly researched 1:1 recreation of the Legio X Equestris. Live and let live, ham and let ham, hobby and let hobby. We’re all just playing with dolls anyway.