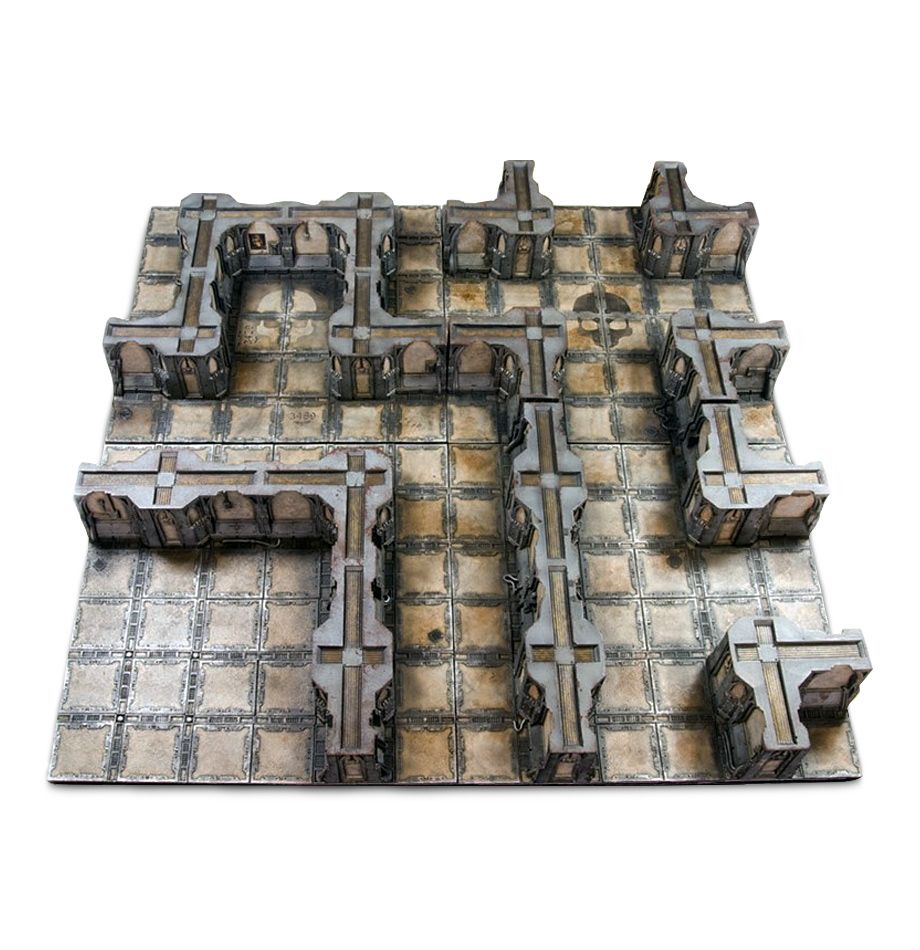 As soon as I saw the new Necromunda Underhive tiles, I knew that I wanted to incorporate them into my ongoing 40k campaign somehow (more on that in a future post). While ship-based combat has been well fleshed-out in Horus Heresy with the Zone Mortalis rules, we’ve had little inclination of anything similar in 8th edition 40k, with nothing in the rulebook to suggest we’d even see it in the future.

So, I set out to fix that, adapting the Zone Mortalis rules to the 8th edition framework. I’ve tried to adapt them in ways that make sense and work for most armies, and based on the testing we’ve done in my group, the results are promising: ZM games are a hell of a lot of fun.

I’ve posted these before, but never had a good steady place to keep them, so I’m reposting them here. If you’d like to download my Zone Mortalis 8th Edition rules and use them for a game, feel free! You can get the latest version here:

If you do play with these rules, let me know how the games go — what worked, what didn’t, and if you had any issues. I’m always looking for feedback!

Q: What is Zone Mortalis?
A: Zone Mortalis is a Warhammer 40,000 Battlezone that represents combat in tight quarters, such as boarding actions on starships, teams fighting in the sewers beneath massive cities, or fighting in the tunnels of massive fortress-monasteries. Games of Zone Mortalis are designed to be played on tiled 3×3′ or 4×4′ boards with lots of walls and doors. Foregworld makes a sweet Zone Mortalis board, but if you aren’t a multimillionaire, you can do what we do and use Necromunda underhive board tiles and bulkheads/doors.

Q:  How do I incorporate this into a campaign?
A: Good question! My advice is to primarily use this in a narrative campaign sense–in our campaign, we use it when it would make sense for one faction to be trying to take out another’s base, or sabotage their ability to function. I’ll usually have the players play a game of ZM instead of standard 40k in those situations.

Q: I have feedback.
A: That’s not a question. But if you do have feedback, drop a reply in the comments below. I’d love to hear about your games.

Q: Can I get a version of this without a black background?
A: Goddammit, BuffaloChicken. Yes, I will eventually fix the background, but not until I make a new version. Blame GW for using black backgrounds on all their missions. I aim for verisimilitude with these things.