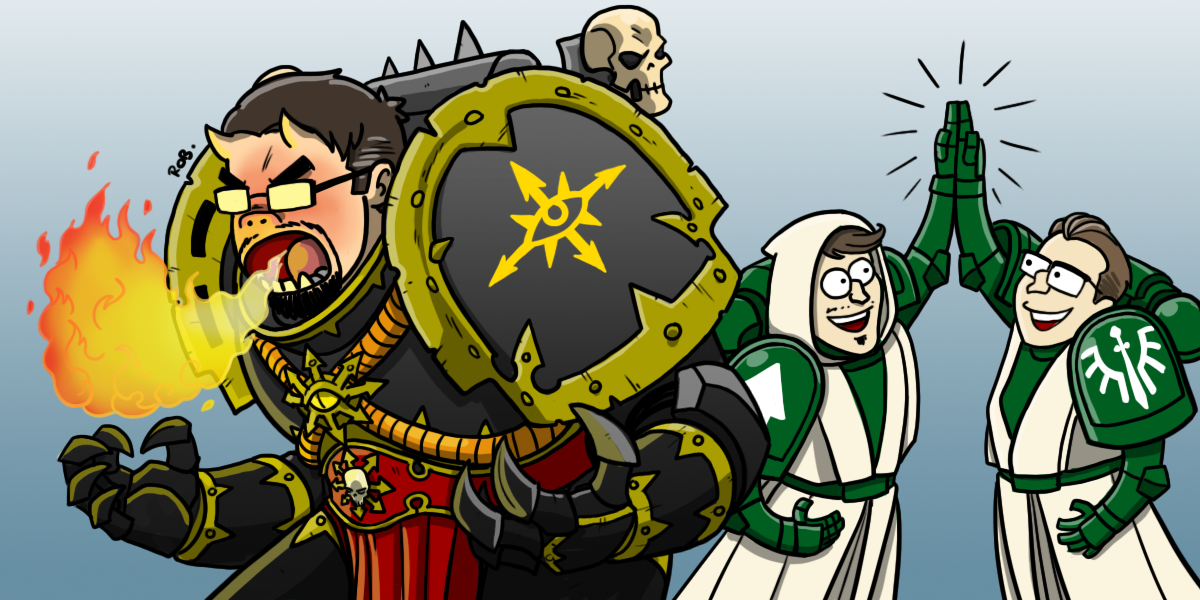 Games Workshop dropped another “FAQ” on us this morning, this time for Charadon Act II: The Book of Fire. This was a relatively hotly anticipated FAQ, as there’s been a lot of debate since the book’s launch about how some of the new rules worked, particularly around Be’lakor. So let’s review the new FAQ:

Aaaand that’s it. Honestly, what the hell, Games Workshop? Even putting aside the strange, bad solution to the Disciples of Be’lakor army, which seemed like a good place to open things up and play around with detachment structure, perhaps the biggest debates online were around Be’lakor being put into a Chaos Daemons detachment. This is in part because of an older FAQ for Codex: Chaos Daemons written for Be’lakor’s old datasheet, which had none of the keywords for the four Chaos Gods. As such, there has been some debate over whether a detachment that only includes daemons from one god plus Be’lakor gets the bonuses for having an Allegiance to a single god (the correct interpretation here is “yes,” for a number of reasons, but I digress), and plenty of consternation over whether the new datasheet invalidates the older FAQ. It’s exactly the kind of thing that these FAQs should address, and it’s just… ignored here, presumably because someone either thought it was obvious despite the ongoing debate, or expects it to be addressed in a new Chaos Daemons codex. We already know we aren’t going to see any more Chaos codexes this year, so the least they could do is fix this in the book we’re currently using.

Ultimately this comes back to one of the more baffling aspects of 9th edition: Refusing to treat FAQs like actual FAQs. 9th edition FAQs often seem to be exclusively or nearly entirely made of errata or corrections now, with little to no time spent addressing frequently-asked questions. Questions like “can daemons be summoned on turn 1?” or “do ‘counts as remained stationary’ rules affect a unit that disembarked from a transport?” or “does Be’lakor get a locus?” are all questions we’ve been asked multiple times through Ruleshammer, with less-than ironclad interpretations that demand rulings. These are worth someone’s time to create official answers for. Instead these often get ignored for mysterious and inscrutable reasons.

Anyways, that’s the FAQ for Disciples, which primarily exists to curb your unchecked cultist armies.