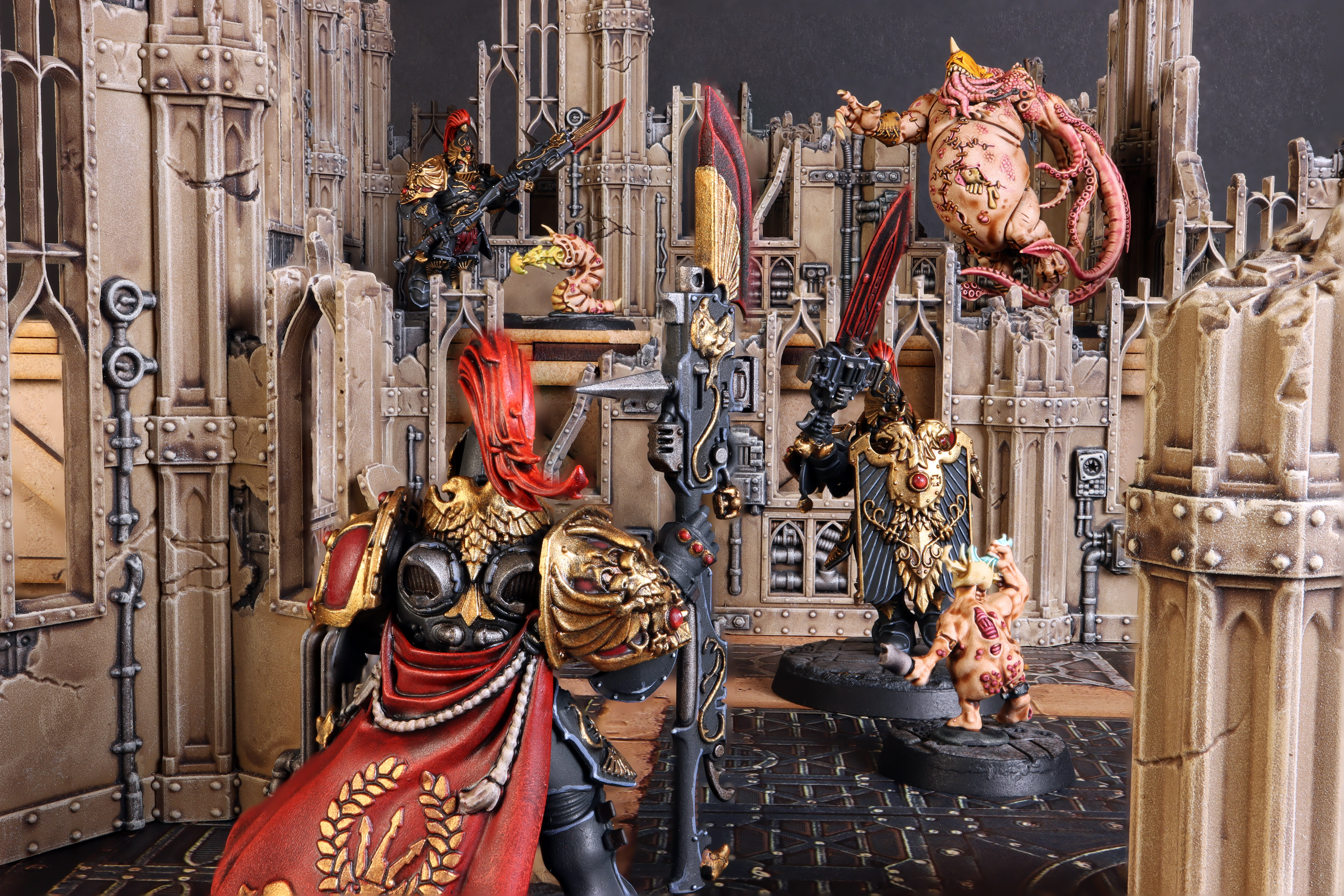 But enough about me, how have you been? Need anything, how about a snack? I made something earlier that I think you’d like. Grab a chair and I’ll cut you a slice. Oh, those? Those are my Adeptus Custodes. Good eye, yeah they’re Shadowkeepers. Well, if you insist. Let me just kick my feet up. There we go. Now, where to begin the tale of my Custodes. Ahh yes, it began deep in the Underhive … 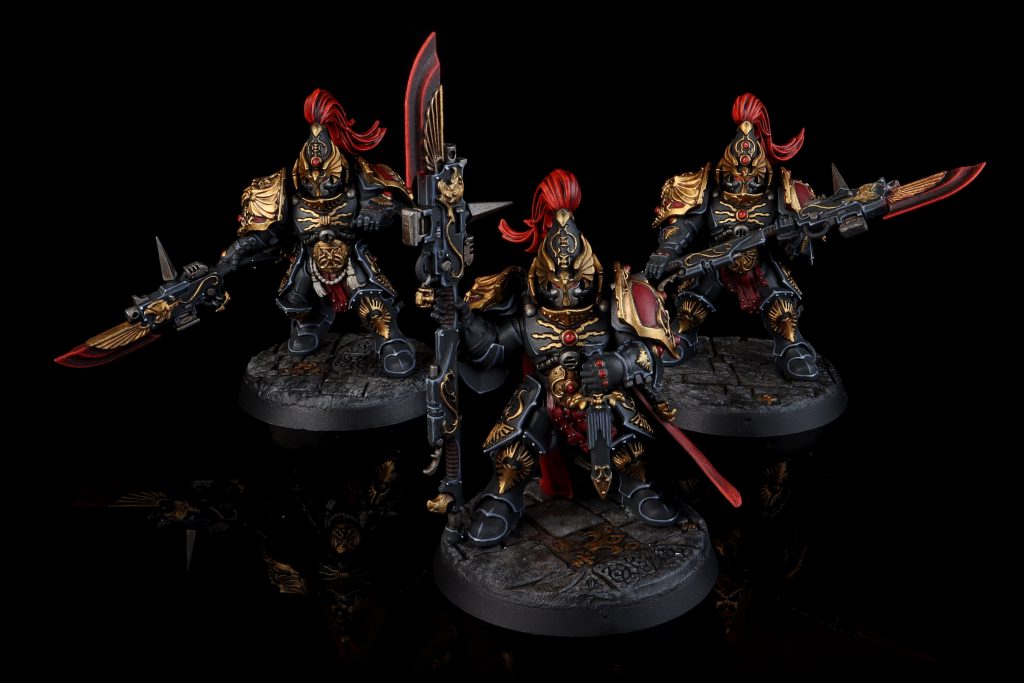 Well sometimes they are in black, at least mine are. I didn’t much care for the traditional look of Custodes, gold on gold on gold. It’s a fine aesthetic, but it just didn’t speak to me.

But I get ahead of myself. Let’s go back to the beginning and talk about what drew me to my (not-so) golden boys.

When entering the Warhammer 40k community, you can’t help but be surrounded by Space Marines. They’re everywhere, on every promotional image and on every table. And for good reason, Adeptus Astartes are cool and with their latest codex and supplements, they’re scary on the battlefield. These giant hulking warriors in giant hulking armor are angels among men, demons among their enemies, and angel-demons among their man-enemies.

That’s what drew me to Custodes. They’re the bigger, cooler, older brother of the popular kid. Astartes blown up beyond proportions, with too much muscle in too much armor. Space Marines SSJ3, but with red hair. 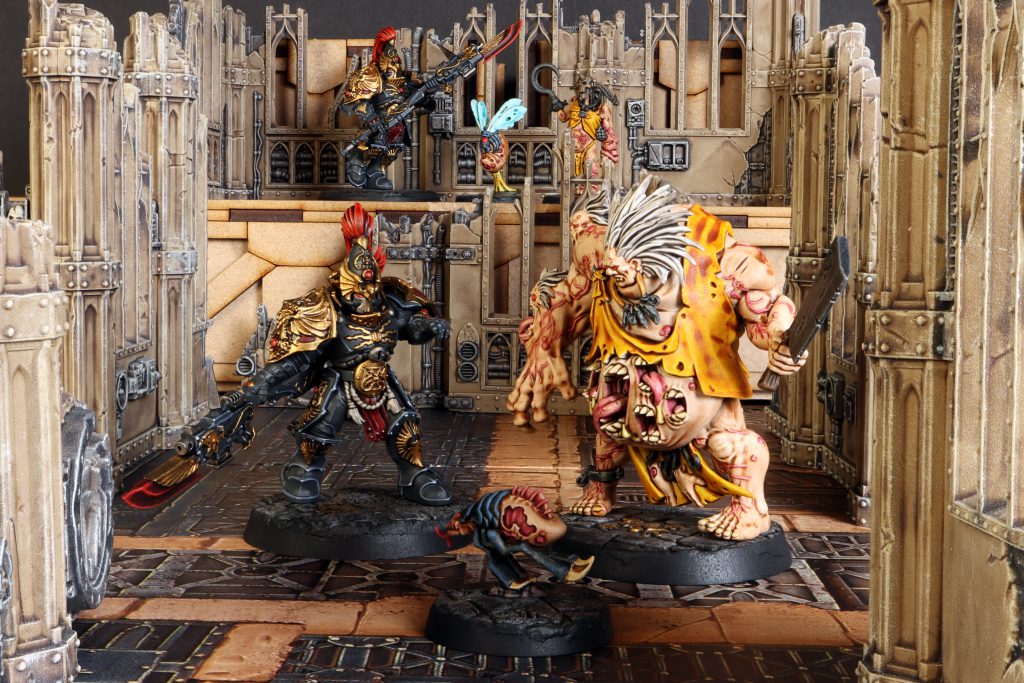 This isn’t even his final form.

When I first looked at Custodes, I was brand new to the hobby. I thought “Oh, this hobby seems expensive. I’ll save a bunch of money by picking a smaller elite army. Certainly Custodes are a cheap way of building a full army!”

Oh, the foolish thoughts of my younger self…

After running the numbers on how much I’d need to buy in order to get a top-tier Custodes army, then cleaning up all of my spilled spaghetti, I decided to hold off on buying them until I could more easily dip my toes into the faction. When Games Workshop announced that Kill Team: Elites would include Custodes, I knew that it was the right time to get in. Sure it’s not a full 40k army, but Kill Team gives you a little bite-sized piece of that indomitable beefslab.

Fortunately, the price of getting into Kill Team with Custodes is relatively low. You need only a single box of Custodian Guards to run a full Custodes Kill Team. With each model, you get some gun, a lot of punch, and a heck of a lot of armor. 2+ saves across the board means if your opponent isn’t bringing some armor penetration or mortal wounds, then your boys aren’t dying.

I was actually a bit surprised at how fun Custodes are in Kill Team. In a game so much about objective control, you would expect having just 3 models would put you at a severe disadvantage. And while that’s true to some extent, you also get to punch your opponent into the stratosphere every single turn. 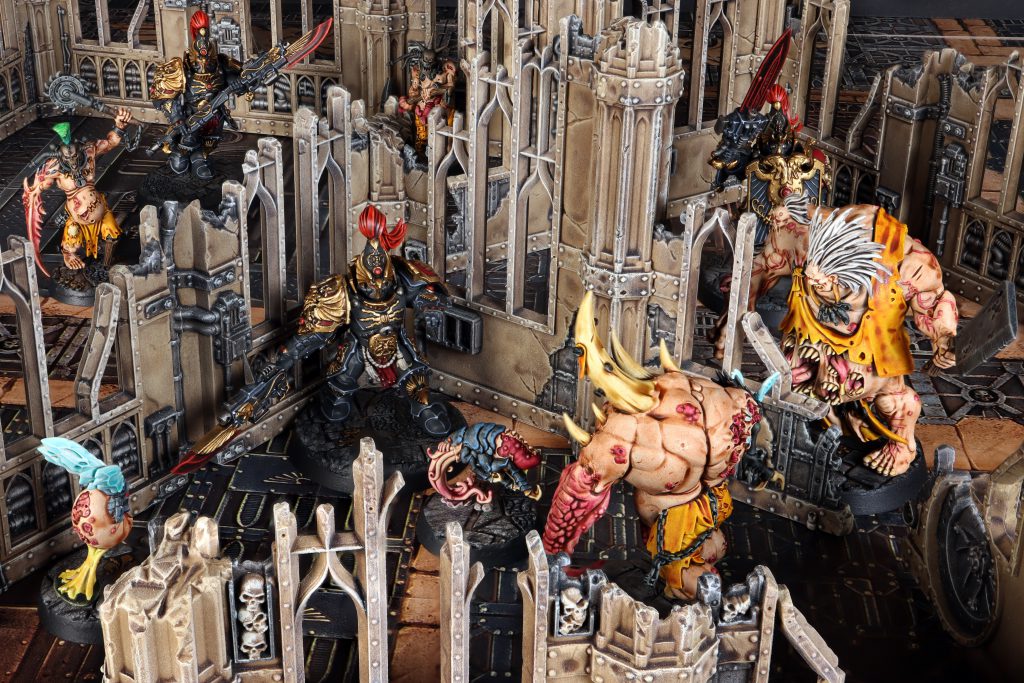 To the moon with you!

There are certainly ways you can shut down Custodes in Kill Team, especially in Arena where you can just close doors on them or chumpblock a hallway. Despite that, they’re extremely fun to play. Their absurd stat profile and wargear makes a trio of them a force to be reckoned with.

However, there’s not a lot of room to grow Custodes in Kill Team. You only really have two options for each of your three models: spear, or sword and board. That’s the entire extent of your army building decisions. This does make the team a 1-dimensional, as you can’t really tailor a roster. But who needs a tailor when you look that fine?

Speaking of their looks, earlier I mentioned the color palette I used to paint mine. It’s about time to circle back to that and talk about why I chose the color scheme I did.

Legally Distinct from the Men in Black

As I mentioned, the default gold style just did not click with me. So looked to the one place I could always find tried-and-trusted advice: the internet. The first thing that caught my eye was a white scheme with gold accents. However, butchering that paint job for a week straight taught me that I am bad at painting and highlighting white.

Rather than push forward with a style that just was not working, I decided to flip it around. Go with the exact opposite, a black scheme with gold highlights and red trim. And as soon as I finished painting my first boot, I knew it was the correct decision. 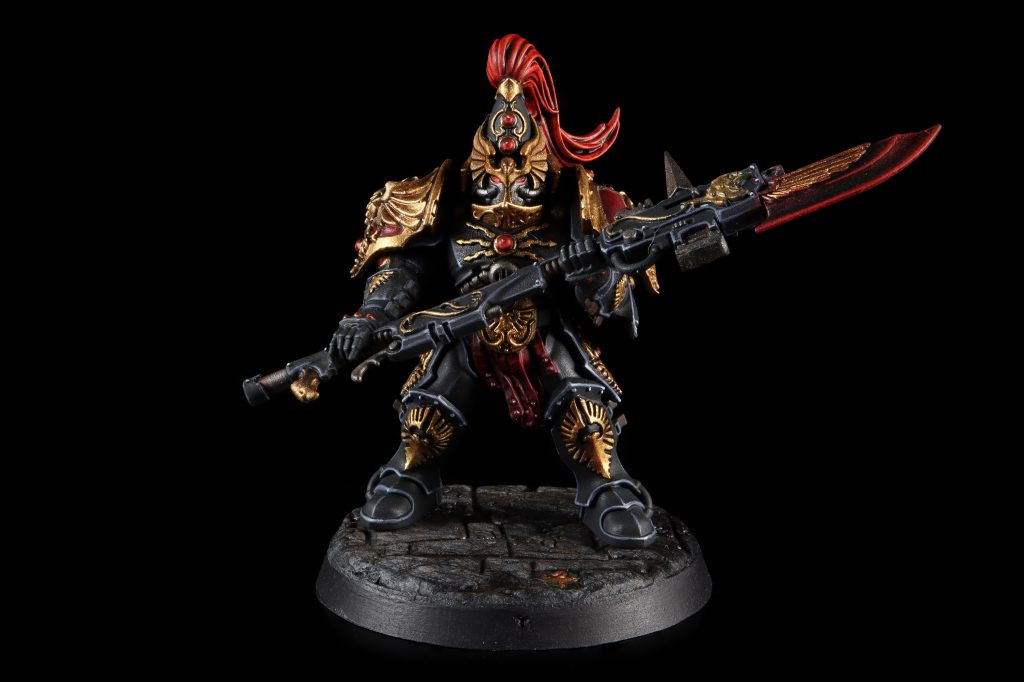 Specifically this model, and specifically his left boot (camera-right), was the first thing I painted in this scheme.

With five Custodian Guards painted, that’s full circle on my foray into Custodes. It’s not a big circle, as I’ve only just begun with them. My long-term goal is a full Warhammer 40k Custodes army, though I’m quite far from that. But if anyone can wait, stalwart against time, it’s the Adeptus Custodes. It’s their honor to stand guard, vigilant for any threat, until the time is right.

That’s my excuse for not having more Custodes painted, that it fits their lore. Totally unrelated is how slow I am at painting them.

And thus we draw to a conclusion this episode of Fireside with Pendulin. I hope you enjoyed the snack, it was just a little something I whipped up. Take some with you on your way out, I made way too much. And once you’re back home, if you think of any questions or feedback, just slap those words down in the comments below or email us at contact@goonhammer.com.