Getting Better at Warhammer 40,000: Upping Your Game 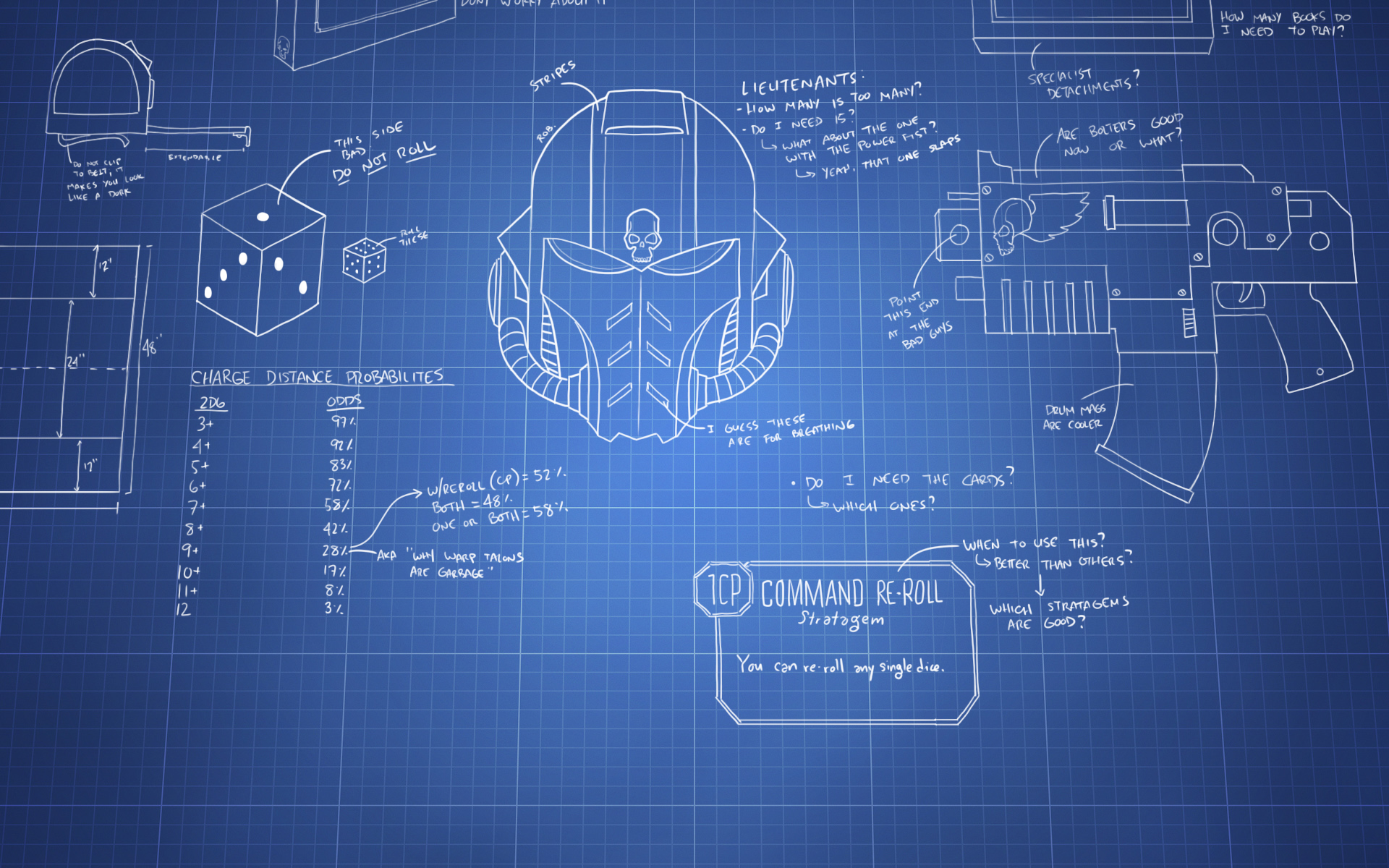 So you’ve Brushed up on the basics, lovingly painted all of your little plastic mans, and studied your probability basics. You’ve got a few games under your belt, and you’re ready to take the next step. Maybe not play at competitive events, but start improving your game. You wanna be the guy blasting Space Jam to vanquished foes after the last battle round has ended. But maybe you’re not quite sure how to do that – what does better play look like? How do you know if a list you’ve built is good? How do you know if the pile of miniatures you lovingly painted are worth putting on a table?

Generally, there are three major areas to think about where you can improve your game:

Improving at 40k starts long before the players sidle up to the table for the actual game. Depending on who you ask, many games are won or lost before they even begin. I’m of the mind that generally speaking, pre-game planning and list building accounts for about half of a player’s performance or chances of winning. Because of this, we’re first going to spend a bit of time diving into what you can do to improve your chances of winning before the first die is cast.

Better 40k starts with building better lists. While many players may overestimate the importance of an army list – they’re by no means the only factor in 8th edition 40k – bad lists can prevent you from being able to participate against a good list, and can lead to a real uphill battle if your list’s strategy plays right into your opponent’s. We’re not here to tell you that you can’t play with your favorite units because their numbers aren’t good enough, as you can happily still win with some sub-optimal units in tow, just how to avoid creating something that’s less than the sum of its parts.

So let’s talk about some things you can do to build better lists.

Read the rules.
Know the rules, and the rules for your army. If you can, know the basic rules for your opponent’s army. Failing that, make sure you understand the rules interactions that are important to your strategy, and how they’ll impact the game. Have printed copies of the FAQs that you’re relying on, if necessary. Know how targeting, shooting, and combat work. While we’ll dig more into which of individual units for an army are good, less good, and outright bad in future articles that are specific to each army, there are a few things that you can think about to your options when you’re building a list or thinking about how to build an army that will help you build better armies.

As you consider a unit for your army, or just generally, consider the following:

Evaluating units and wargear goes hand-in-hand, but generally you can use the dice math we’ve discussed previously to figure out wound output for a weapon against the most likely targets and use that to compare one weapon’s effectiveness to another’s. If you take the expected value of a weapon’s shooting and divide it by the weapon’s cost (or the minimum cost of fielding a unit, for built-in wargear), you’ll get a good measure of efficiency for the gun. Generally speaking though, here are a few guidelines for picking weapons: Blasting Space Jam: When Should You Do This and For How Long

Immediately after a win and repeatedly until your opponents leave in disgust, swearing never to return. The volume should be loud enough to drown out the sounds of their salty bullshit.

Putting This to Use

I’m not going to pretend that you’re now equipped with everything you need to know to improve your game, but if you do even half of this stuff, you’ll find yourself winning a lot more games and enjoying the games you play in (even the losses) a lot more.

If you’re interested in where to go from here, keep an eye out for future Goonhammer tactics articles. We’ll cover preparing for competitive play next, and in our series on individual factions, we’ll cover each of the game’s factions in detail, going through the key units, strategies, and army builds that make best use of that faction’s strengths.