The first ever UK Goonhammer Open event finished this weekend, and was a smashing success, with Mike Porter’s Aeldari claiming top honours from a field of 102 after six rounds of grueling combat.

Before getting onto the rest of the winners, we’d like to say a huge thank you to all of our sponsors and those who helped out on the weekend.

We’d also like to thank all the players who pitched in to help with breaking down at the end of the event – our staff had been expecting to be at the venue till late packing tables, but the hall was cleared out before the prizegiving had even concluded. This helped us out a ton so thank you so much!

With that, on to our winners. Mike Porter’s Aeldari took home the coveted championship belt by a single victory point, with David Gaylard’s Adeptus Mechanicus hot on his heels as the second undefeated player. David had given himself the best possible chance at the top spot with a smashing 100pt win in his final game, setting the pace for Mike who needed a 90pt+ win to outmatch him – which Mike achieved with perfect Eldar-like economy of action by scoring 90pts exactly. Martyn Cooper, who faced off against Mike on table one in the final, took third, giving us the following podium:

We also had a prize for the highest performing player in each bracket, which were taken by: 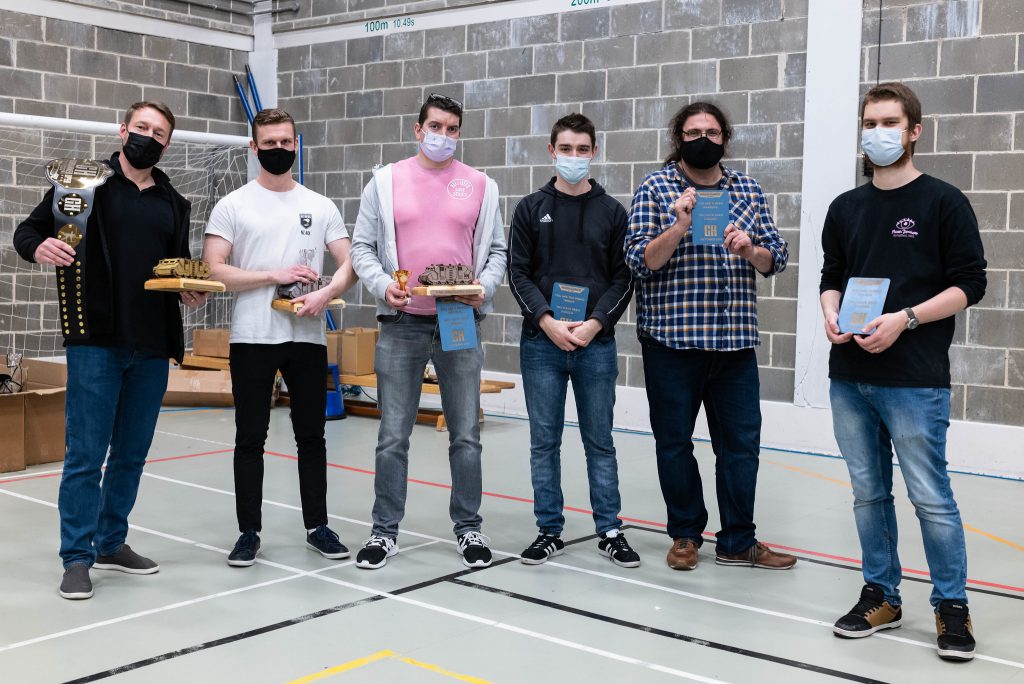 We also shouldn’t forget our most determined player, Craig Spiers, who was awarded the coveted plushie Nurgling for soldiering through six rounds in the face of adversity.

Next up, Best in Faction, where the following players emerged as standard bearers for their codexes of choice:

Next up, best painted. For these, we’ll be going through albums and pulling some pictures of the models themselves over the next few days, but our winners were:

Best Army (judged by the Goonhammer and FactoruM teams)

In case you missed any of the exciting games on the top tables at the event, our friends at Hellstorm Gaming were on site to stream the games live, and you can watch the recorded matches with commentary over on their YouTube page. Check out the links below for videos from each round:

Thanks again to all of our wonderful sponsors for the event and everyone who attended, and stay tuned for more content about the event in the coming days.