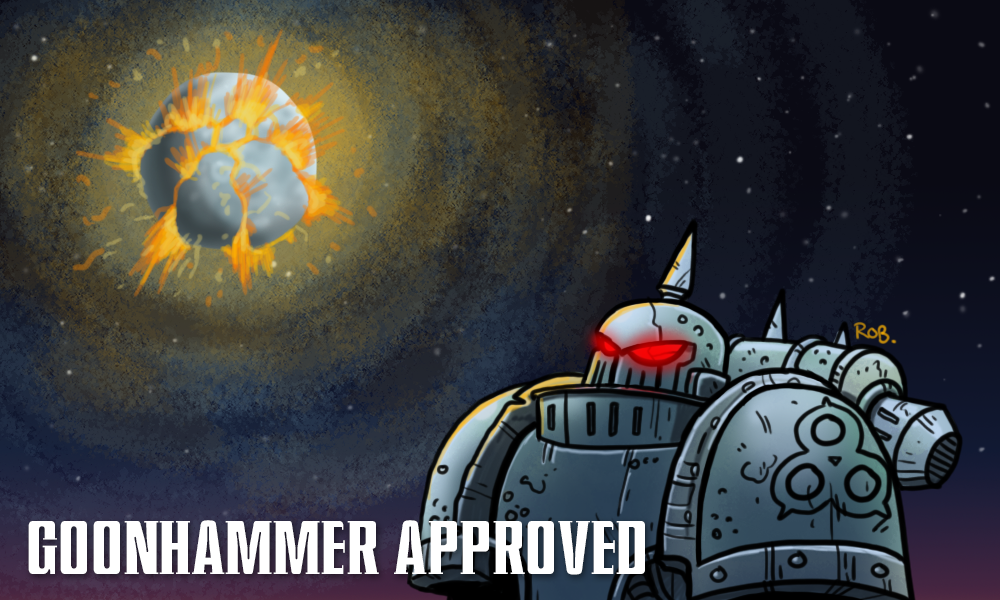 Fire up your Moon Base Klaisus nerds because we are GOING TO THE MOON! In this very special GOONHAMMER APPROVED: LUNAR ASSAULT we have not one but TWO AND A HALF special, linked missions for Crusade play! This scenario sees two armies embroiled in siege warfare that has led to a tactical deadlock. Forced to think outside the box, the Attackers come up with a desperate plan to clear a path to the Defender’s stronghold by blowing up the moon.

Split your forces and try your hand at planting explosive charges to destroy the moon, clearing a path for your army below. As the defender, fight against all odds and turn the moon’s power in your favor.

Let us know how the mission plays – drop a note in the comments below or email us at contact@goonhammer.com.