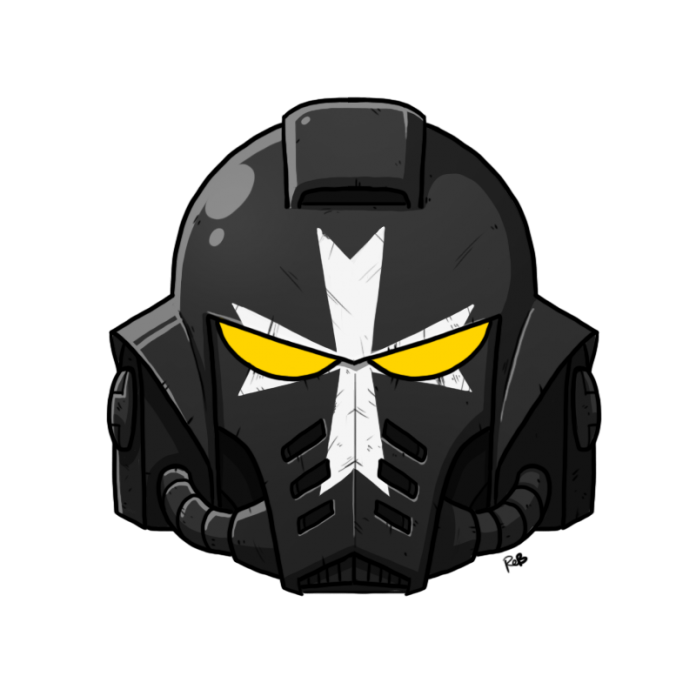 Happy Wednesday, dear Readers! Today, Games Workshop opened up their FAQcet (its like a faucet but for FAQs) to a trickle, and we got one covering Codex Supplement: Black Templars. As with most of their recent FAQs, it can’t really be described as “long”, but it does answer some burning questions. Like whether Black Templars also get access to the Imperial Fists supplement. Why they’d want access to that steaming pile of shit, I don’t know, but I guess someone did.

Let’s dig into the meat of the errata and questions.

Devout Push No Longer Allows A Unit to Embark

The Black Templars are crusaders, not cowards hiding in metal boxes. Fire and Fade is for elves, so GW has taken that ability away. Definitely a nerf to the stratagem, but not a huge one – more just clearing up an unintended interaction. This is the only actual rules change in the document, the rest is mostly clarifications, plus a few copy-editing errata.

Shock and Awe is also the name of a grenade-related stratagem used by Reivers, Reiver Lieutenants, and Land Speeder Storms, and this clears up any ambiguity around that. I can’t blame GW for forgetting that Reivers exist, but maybe they should take it as a sign that there are a few too many almost-unused stratagems.

In the printed book, the first bullet point of this trait has no ending clause, so every time you make a charge you get +1 Strength until the end of time. Clearly unintentional, this clarifies that the bonus only lasts until the end of the turn. The FAQ also removes some needless repetition from the second bullet point. Sane fix.

The Emperor’s Champion is Chained to His Weapons

Another clarification that doesn’t have much game effect, especially as it only relates to Crusade. The Emperor’s Champion officially can’t take Crusade Relics or Weapon Enhancements. He has what he has, and you’re going to like it. Definitely a nerf, but also if you want him to take a Crusade Relic you can just do it anyways, it’s a narrative game where ignoring rules (with permission of the people you’re playing with) to create a cooler story is allowed, if not encouraged. None of this is as upsetting as the fact that he already couldn’t be given Orb.

A useful bit of clarity here, the Templar Vows have both a Vow and a Passion. The chaplain litany gives a unit the effects of the Vow – the question was whether the Vow is the entire thing, or just the sub-clause that’s also called a Vow. GW have clarified it to mean the entire thing, which isn’t surprising but it’s nice to be certain. Vow.

Yes, the Black Templars are an Imperial Fist successor chapter. No, they don’t get to use anything from the Fists supplement. Why would you even ask this? Scratch that – why would you even want this? You already have Orb, that should be enough.

Overall, this FAQ is fairly short and only makes one real change to rules functionality, everything else being clarifications. It keeps with the recent spate of FAQs that serve mostly to canonize common interpretations into official rulings, bringing the letter of the law into sync with how things were generally being played already. The only big change is removing the ability to Devout Push models into a transport, and while that’s technically a nerf, it was also more of a parlor trick than a strategy that anyone relied on doing multiple times to win games. Templars: still pretty good, folks.

What’s most astounding is that this was actually released before the supplement hit general availability, which starts looking like a trend when taken with the Dracolith adjustment coming out before the models, over in Age of Sigmar. If GW can keep this up, it’s fantastic for the state of the game.

Have fun Crusading with these updates. Let us know in the comments if you’re mad about these changes, or if you just want a place to talk about Orb.