Goonhammer is covering Magic: The Gathering! 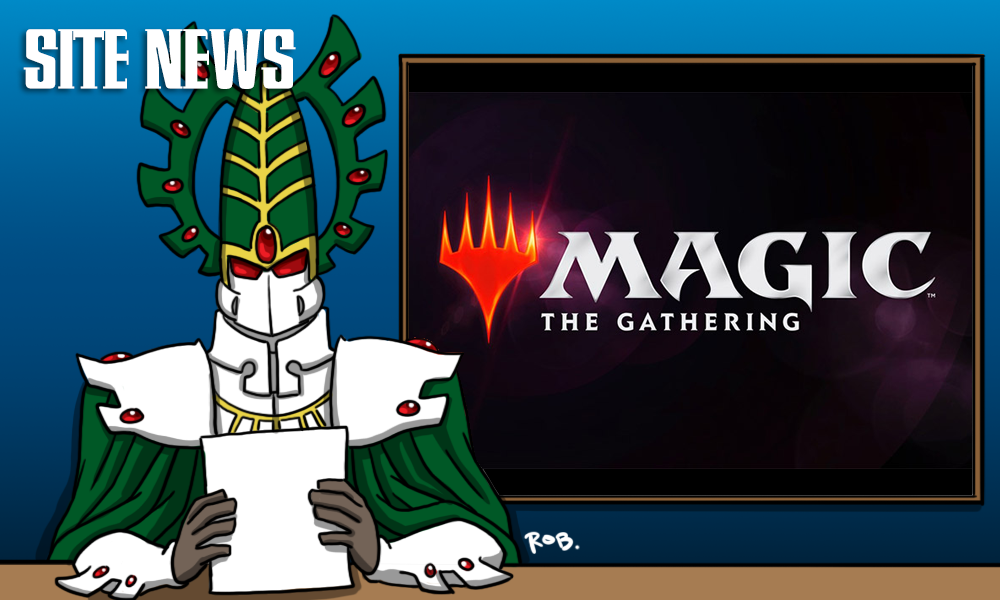 Hello everyone! Robert “TheChirurgeon” Jones and Sean “Star Man” Matoon here and we’re proud to announce that today marks the first article in our “Hitting the Stacks” column, Goonhammer’s regular ongoing coverage of Magic: The Gathering. This week and every Tuesday following we’ll be talking about the basics of how to play, new sets and products, decks in different environments, and Commander.

Magic: The Gathering is one of our favorite games and while we’re starting with some Getting Started content, the majority of coverage will focus on Commander play and content for “the Casual Spike,” players who enjoy constructed play and make it to the occasional competitive event or buy a box to draft with friends. We’re passionate about the game but there’s already plenty of great content out there for high level competitive play so our focus will be on areas that we feel aren’t well-covered by the sites that already do a fantastic job making competitive content.

I’d also like to introduce you to our primary Magic: The Gathering authors:

We’re excited to start talking about this game! We’re starting this week with a Getting Started series focusing on Magic – today we’ll be covering the basics and then this week we’ll also be covering Arena, Commander, and the game’s basic terminology, We hope you’re as excited about it as we are and as always, if you have any questions, feedback, or requests for future articles, drop us a note in the comments below or email us at contact@goonhammer.com.