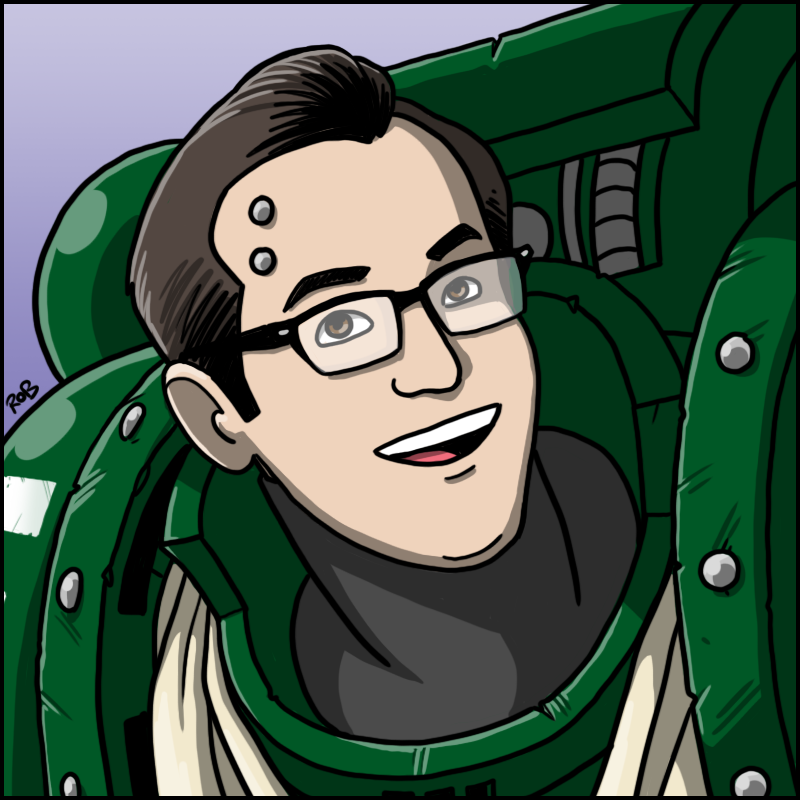 I started 2019 with a pretty simple goal: not giving a shit about Warhammer 40,000. It, uh, didn’t exactly go according to plan.

This is going up here first, because it’s the single biggest hobby contribution I (or anyone else), made in this (or any other) year. In May, after previous admin and Editor Emeritus RichyP got sick of dealing with our bullshit, I took over running Goonhammer. At the time, the site was getting basically zero traffic (we were doing in a month, a whole-ass 31 day month, what we average in an hour now), and I had written exactly two posts. Now I look on how successful the place is, the number of times I broke the live site, or had to push CSS fixes for people, and that I now have as many as ten or twelve posts, and buddy, it’s all been worth it. The legitimately incredible work everyone except me has done, just to make this stupid blog cost more money, totally made a great choice here, you love to see it. That said, I swear to Christ I will pull the site offline and delete the backups before I ever let a single ad appear on these pages.

In actual practice, yes, I get yelled at all the time when I fuck up, the gig pays negative thousands of dollars a year, but I get to post whatever I want and no one can stop me (try to imagine any editor, anywhere, letting us run Your Dice Suck, if they could stop it), plus I get access to the secret clubhouse Mods Chat where we talk trash about you, specifically you, reading this, all the time.

What I’m saying here is that if you haven’t nominated me for Warhammer Hero, you should do so now, and put in a nice long comment disparaging all the other nominees, so I look better in comparison. Mention all the games I lost (more on this below), the pity-party might help my case.

I’m still maintaining ButtScribe too, I guess. It does Kill Team now! And mostly breaks in the same ways it did a year ago, which means I didn’t make it worse, at least.

Things kicked off with some random Dark Angels – this was in the Before Time, when Doctrines didn’t exist, and I still had ideas about the army being useful, and was just slowly chewing through my backlog, painting up old Dreadnoughts and Terminators and such.

Then around March, I got nuclear-owned by Dan and SRM on the 40k Badcast, in what was, I’m sure, just a normal Tuesday for them, but an epochal date in Hams history for me. After getting roasted about never painting that stupid Titan, I spite-painted it in a month, posting updates as I’d finish each weapon, or raging on the forums at the insane amount of trim on this stupid thing. Credit to BuffaloChicken, by the way, for the color scheme – the blue and bone was definitely his suggestion and it looks fully sick. Working on that Titan unleashed some kind of hobby fugue, and I ended up painting more this year than I did in the last 2 or 3 combined, and I rode that wave of spite-painting clear through the rest of the year.

Things took a turn in May, when Rob suggested that I go to the NoVA Open and play in the GT. I still don’t really know why I committed to doing that, other than that it sounded cool, but I’m real fuckin’ glad I did. I’ll talk more about NoVA later, but it was An Experience for sure. It also meant that I had to re-build my entire army, since almost nothing I already had was going to be used. That’s where all the Primaris infantry and Ravenwing models came in, along with the characters. Fortunately, Contrast existed, which made the NoVA rush easier.

Post-NoVA, with a backlog that was literally just “Sammael on bike” that I was never going to use, and with no hope of new Dark Angels rules or models, I figured I’d pivot into a new army, which was going to be an extremely dumb Tau project made of nothing but battlesuits, and never got further than the bases, before Booley owned me by sending me his entire Tau army. Incidentally, that post is one of my favorite things I’ve ever written for this site, even though I felt like I was having a stroke every time I had to explain “I painted my Booley’s models by Booley used his own color scheme and then mailed his my models to me”.

It’s a lovely army, with a striking color scheme that looks great and doesn’t take a lot of time to do, and owning it just about makes up for how demoralizing it is to look at my models next to his. Having to compare your work side-by-side with Booley’s is a certain type of ham-hell, I think: his worst army immediately became the best-painted models I have.

Anyway, right about the time I started finishing up what little work I had to do on that one – pinning together all the arms and ankles that shattered in transit, and painting a few extra battlesuit weapons and Fire Warriors – news had started to come out about the Psychic Awakening series, which meant that maybe, finally, my Dark Angels would be getting updates. They might be good, even! So, to get out of ahead of things, I immediately swung right back around off of Tau and into…a vanity project of Chaos Marines?

You wait 2 editions for a new army, and then three show up all at once. Ain’t that just the way.

That’s right, you know what it is, it’s the Disloyal 32, Cypher and a bunch of kit-bashed morons that answer the question no one ever asked, which was how to get the Dark Angels’ underwhelming chapter tactic into a Chaos Army, at the slight cost of murderously restrictive army construction rules and giving up basically every useful keyword your unit had. And I do mean “unit”, singular, as you only really get to use the one, and in order to be Battle-Forged you are required to take a minimum of 3 of it, with a hard maximum also of 3.

Why would I do this, when I have a Tau army ready to roll, and Dark Angels updates on the horizon? Reader, I have no idea. It did require jamming more shelves into my Detolf though, which was actually a fun little project.

The first item I added into my backlog for 2019 was a cheap notebook that I threw into an Amazon order while Christmas shopping for other people last year. I always end up buying a few things for myself when I’m putting orders together, because I’m selfish. I didn’t actually have much of a use in mind for it at first, other than becoming A Moleskine Guy at the office, but I decided later that I’d be best served using it to track my hobby progress – Victory Points during games at first, but I started noting my W-L records, paint recipes, and Kill Team Rosters (this was before I added Kill Team support to Buttscribe, clearly). The Games Played section in particular is, uhh. Well, it’s not pretty, but in all honesty it was probably worth having this all written down, to have the base data for Don’t Start Competing: How to Stay Bad Without Getting Mad.

Easily the highpoint in my Year Of The Warham. I’d never been to any kind of Warhammer event before, or played in a tournament, but as an excuse to do some painting, which yielded an entire series of posts more words here because I ran out of things to link, it ruled. And that’s even before I got to the actual event, which was basically Nerd Camp. If I’d have gone back in time and told past-me that my first day of games would result in three straight tablings, I would have believed me, but I would have balked when future-me insisted that it was one of the most enjoyable hobby-related experiences I’d ever have. And I absolutely would not have believed that the one and only 40k game I would win this year would come in a tournament game I went to against an army I’d never played before, on a morning when I was running on about 5 hours of sleep. Also: I definitely did not tell that dude that he was my first one, and no one else should tell him either.

Sure, getting rocked by Grey Knights wasn’t a ton of fun, but the miraculous and yet somehow utterly predictable twist of getting paired up against Rob in round 3 saved the actual GT part of the day, and then spending the evening, into the early hours of the morning, goofing around with the Goonhammer and Astradus crews was never not going to own. I’d already been looking forward to meeting some of the Goonhammer Discord Massive, but it was getting to know the people I’d never heard from before, that was really surprising. That’s my main takeaway from my 2019 Year In Warhammer, is the friends we made along the way.

Probably more of the same! I expect Psychic Awakening 4 to buff Dark Angels considerably (watch me be wrong), so it’ll be either a rush to get more Dark Angels ready for NoVA again, because no way am I missing that ever again. I could also lean into the Tau, which I still haven’t played an actual game with, and while I’m not bringing Fallen to any events, I do want to paint them up. Goonhammer isn’t going anywhere either, so I guess you’re stuck reading my posts for a while longer, chumps.