Grim Dawn: You Should Have Already Been Playing This 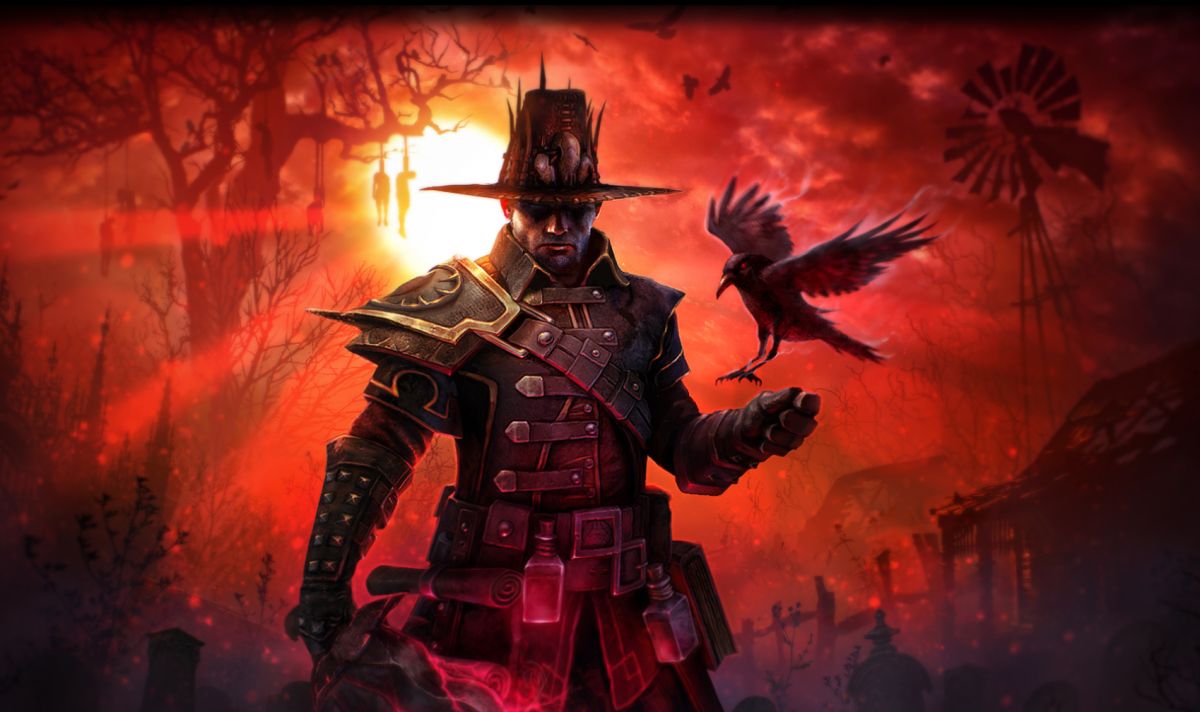 We’ve reviewed ARPGs before in this space — please look here, then here, then very sternly here for previous escapades — but we’ve never actually liked one without reservation before now. It felt like it was time to change that. Mainly it was time to change that because I tried to get into another ARPG which will remain unnamed until I review it, it fixes itself, or it dies; I think it’s better to let that product get to it and talk about something I really love, which I’ve put some 620 hours of time into: Grim Dawn.

Grim Dawn comes from a lineage — Crate Entertainment, the developer, is composed of most of the people who used to be Iron Lore Entertainment, the team that made Titan Quest and its many expansions. Titan Quest actually got a new expansion recently (you go to Atlantis and kill everything there; the ARPG genre does not particularly lend itself to nuanced storytelling), but Grim Dawn is an evolution of all of the principles of Titan Quest, in ways that almost a decade later read as quite a bit more provocative than they did back when Titan Quest was kind of a Diablo clone with only public domain IP to anchor it. That lineage is respectable, but more importantly, it is respected — the other great single-player PC Diablo-like, Torchlight, dropped its second installment to slight indifference and its third installment to near-disaster. Grim Dawn, on the other hand, has been plugging along for some seven years now, from the Early Access date — but some ten years from when Crate Entertainment managed to license the Titan Quest engine from whatever was left of Iron Lore.

It is one of the great successes of Early Access; it came out so long ago that I don’t remember what I paid for it when it was originally put on offer, but I bought its two expansions the day they came out for $30 apiece. It hit full release in early 2016 and has been live-supported since then by what should be industry best-practices. The only game I can think of that did better by this model is Hades. And I’ve named Hades my personal Game of the Year in two different years.

With Diablo III more or less in legacy mode and that franchise in a holding pattern until Blizzard deigns to say anything more about Diablo IV, the main competitor for Grim Dawn is Path of Exile. Now, Path of Exile is a game worthy of its own review, and probably a better game than Grim Dawn; it’s certainly a more successful one, because it’s a live service game run by some of the most impressive business-model schemers in the industry. They’ve gotten to the point where, pre-COVID, they had their own annual fan con in New Zealand. Grinding Gear Games has done fairly well for themselves. And yet, the smaller team with the narrower purview at Crate Entertainment has put up a worthy contender for players who don’t want to engage in so much free-to-play economy grind nonsense. It’s a game about walking around, killing things, and finding loot that replaces your current loot in a way that makes the numbers go up. And if you’re someone who frequents this space, you know how good it feels to make numbers go up.

You’ll see Grim Dawn normally described as ‘Victorian’ in its sensibilities, but the game is actually post-apocalyptic Teutonic. The Victorian thing mainly comes because of the somewhat ubiquitous Puritan-style hats that many of the earlier-game characters can be seen wearing, and perhaps a certain Anglophilia that the game does not particularly have interest in. The world of Grim Dawn is a fallen Holy Roman Empire that should have seen it coming; dark, closely cropped woods, notes of mud, cold air, pine, and horseshit, and hard men and women who have seen their lives ruined by the essential arrogance of the great, bloated, easily-cannibalized empire that ruled over all of them. You’ll spend the first four hours of this game fighting through ruined stonework villages that used to have local economy, rescuing people who used to have jobs, and brutally murdering a bunch of zombies and mutated local wildlife subsumed by the Aether.

Without getting too far into the plot — which both refuses to take prominence and has a surprising amount of depth, the perfect Goldilocks temperature for an ARPG’s world — angels and Heaven are real, and they’re horrors from beyond the ken of man who burn you out from the inside and cover the world in fantasy nuclear radiation, and also there’s a great, malevolent, powerful and theologically correct blood cult running about. You might suspect that the monstrous theosophs running around sacrificing entire towns are deluded or misled, but no, the elder god Ch’thon was betrayed by his children, he does bear an eternal karmic grudge, and sacrificing the blood and flesh of the world does directly impel him to grant the blood sages power. Not to fear, though: the remnants of the world-historically cruel Empire of Erulan and its auxiliaries of elite praetorians, inquisitors, necromancers, clerical fascists, and cultists of Dreeg, Bysmiel, and Soleal — the three bickering Witch Gods who still live together as one — more than have you covered for factions to which you might pledge allegiance.

Technically speaking, Grim Dawn gives options that many other ARPGs are hesitant to; it is actually full 3D, meaning you can move the camera about, zoom in and out, and do whatever else you feel. True, that’s because the areas are never truly procedurally generated (even the challenge dungeon endgame basically just reuses scripted areas), but procedural map generation is overrated. The Crate team can afford to make the game look good from all angles, and they do. The aesthetic is rather limited — every biome you can imagine is there, basically, but the look is routinely the same in a way that Path of Exile just has better direction around — but the game works fantastically within that aesthetic.

The builds also give great feel, which is the unsaid second requirement of any ARPG after how play actually works. You’ve got a big bar on the bottom of your skill tree, which goes from 0 to 50, and each point in this gives your character certain graduated stat boosts while unlocking various skills at various thresholds. Normal. You get three points per level to put into this stat screen — either in the big progression bar or in the skills themselves, and the skills scale very competitively, so if you want to you can just min-max one skill and do all the damage while just hitting one button.

Then, at level 10…you choose a second skill tree. This is basically the biggest character building moment you have in a build. Want to double down on a pet build? Then your Occultist character chooses Necromancer, and summons skeletons alongside your living weird creepy pets. What to splash DPS instead? You choose Nightblade, and try to rush to the end of the Nightblade tree, when they can summon giant invincible whirlwinds of blades which scale based on your own damage to supplement what your Occultist pets are doing. Want to play a melee character? Well, going all in on Nightblade means you have access to those big blades also, and they get buffed even more because you chose the Soldier class as your second, which beefs up your defense and your damage. And so on and so forth. The most versatile class in the game is probably Soldier; all it does is let you stay alive, which is what you need to do, so combine it with whatever else you like and play on Veteran difficulty (this makes the game harder and gives you better rewards; it should just be the default mode). There are eight classes total, which means 36 possible combinations of trees. Go nuts. You can respec anything except the points you drop into the big bars at the bottom of your class or the classes themselves…which is an incentive to try different builds on different characters.

All of this is to say the game just feels good. Sometimes you want an experience that lets you click around, build meters, make numbers go up, and doesn’t require you to register an online account or engage in a metagame trading market to touch endgame content. Grim Dawn starts out as a fantastic ARPG that you pay attention to every lore drop on, and then evolves into a game you play while listening to podcasts. I’ve had a number of these — Destiny and both of The Divisions rank very highly in their ranks — but Grim Dawn is what I go back to when I want a game that I understand, that’s challenging, and that let me mostly think about something else once I hit the 200 hour mark without actually losing its charm.

You can grab the base game for $25 most of the time, and a full bundle for around $70; if it’s on sale, which it is right now on Steam, it comes down to around $55. I’d pay that bundle price gladly without the sale, and I’ve clearly gotten more than twice the game’s retail out of it over time.