Hello everyone! Your friendly neighborhood Gunum (filling in for Coda since he’s sleeping) here, bringing you a write-up on the thought process I go through when looking at wonderful housemates that may fall a little out of the ordinary. The way I do this is that I start with an animal that I think has some real Gold-Star-Ultra-Plus potential that you could bring to a competitive “Oh my goodddddd so cute” event and have a real shot at doing well. Hopefully, through my painful and almost methodical thought process, you’ll be able to glean some insight about how even if some animals aren’t up your ally, you can still appreciate the hustle of drive of these little guys. This list will be primarily alternative pet-focused, but I adore a wide variety of animals and will explore this format often.

This will be a list run through the filter of my partner in Hog-crime, Cyle “Naramyth” Thompson. Cyle is one of the best — and most boring — pet owners that I know and he has been suffering through my focus on “Unique” friends throughout our entire friendship. Cyle loves very meta-focused pets, even raising that meta himself with his true best friends, Obi-Wan. Ideally, by the end of this I’ll be able to pull him over to my side of thinking and sell my pet idea as the new meta-cuddle bugs I know they can be.

Condit: Cyle’s not here, but I guess “Condit” also starts with “C” which is close enough and keeps the acronym of “HMOC,” so here we go! While I have now reverted to the commonly accepted meta of sharing living space with two dogs, their specific toolsets open up some unusual pet-related strategies that not every pet-owner will be willing to run – one of them opens doors, and the other climbs trees and is terrified of cardboard boxes. I think this, combined with the fact that my family kept a wide variety of animals when I was in high school, gives me a unique perspective amongst dog-affiliated humans, so I’m looking forward to seeing what you’ve got for me!

Enough of these delays, this week the pets I will be trying to focus on are…

Okay, Condit, Hear Me Out, I know there is a large discrepancy between the hard meta players of Dogs and Cats versus these unique pets. When I first started looking at animals that I would own myself, I couldn’t ever see the point of diving onto the same bandwagon as all of these other meta chasers. Then I realized, after some convincing, my narrow-sighted view wasn’t nearly fair enough. Regardless, though shaken, my resolve was powerful and I was able to press on with these hot take views.

First, let’s talk about the beloved Danger Noodle: The Snake! 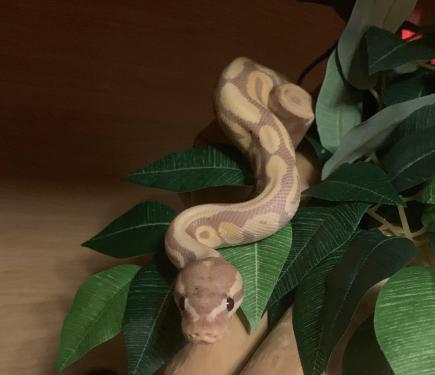 Condit: So for years I used to live at a summer camp and people would freak out all the time about snakes and the staff would have to run out to various campsites and catch them and go and release them. Other than the occasional actually venomous snake who actually had to be relocated for safety reasons, though, I never understood why people got upset – they mostly just chill out and eat things that are trying to eat your snacks, which I think is just poetic justice.

I know this is an amazing start to convincing you of these guys ownerabliltiy, but did you know that snakes can be found in -thousands- of households around the U.S! These guys are bonafide family friends. Snakes need less attention than other pets such as cats and dogs, and providing that you meet all of their needs, you will see they are low maintenance and not liable to take up a lot of your time. Take care of their feeding, weekly tank cleaning and a daily clear up, and your danger noodle will be just a joy.

The next thing in this list I really wanna focus on is the Fast Attack option here, that I really think stand out with their adorable swarm tactics: The Rat 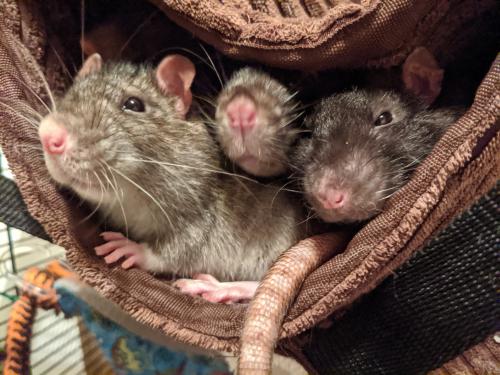 Condit: Rats get a bad rap but are actually really cute and cool and if you don’t like them you’re a bad person! They run around in their little cages and have a good time and then take a nap and really, what more do you need from life?

Okay, okay I understand right now you might still not be all aboard my list choices here. And normally, here at HMO: Cyle, I usually give him an opportunity to write a counter-argument, I decided to NOT do that and power through to my third list choice!!! The Rankains Dragon! 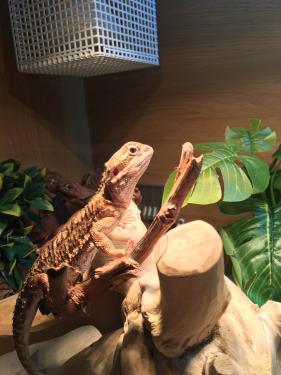 Rio gazing over his domain! – Fuegan

Condit: Dragons own. One of the animals in my family’s menagerie was a bearded dragon who used to hunt crickets using the reflection in the glass of her tank while hanging upside down from a branch. She would do this sort of wild spinning kickflip thing and wind up with like 3 crickets and a pile of sand in her mouth, but the sand was one the vet recommended that apparently contained Dragon Nutrients so it was all good! Also an underrated cool part of having a Dragon is when you have to put the nutrient dust on the cricket, which involves dumping them into a cup and shaking them around with the dust until they’re good and covered and then you pour them out into the tank to certain death. Also also, whenever she would go on a tear and grab all the crickets it would scare the literal piss out of one of the chinchillas my parents kept.

Okay! With those fun core list choices, let’s get into the game er…. well I guess.. not really a game… BUT MORE LIST CHOICES!!!!

Okay Condit, now that we’ve seen what some of my choices bring to the table. How do you think they would perform as givers of love in your own home?

Keep in mind, anything but “They would be amazing and I need to get one.” Probably won’t be accepted by the general public.

Condit: I have to admit, all of these are extremely good pets. I am unfortunately heavily committed to the meta at this point with a wide variety of dog toys and dog sweaters but if I weren’t I’d consider any of these options!

Okay, now this was a real controversial list choice here at Goonhammer. Some people just don’t feel right about adding Lords of Wars to their family, but let me tell you. I think I have just the argument to counter your thought process here. Let me introduce you to the destroyer of 6-year-old girls hearts: The Rabbit. 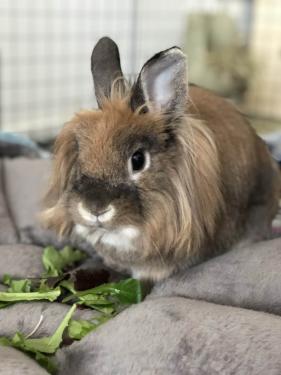 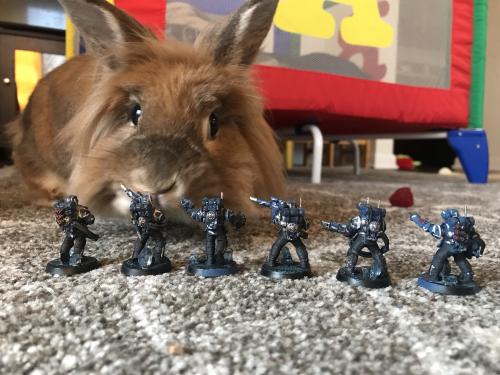 WON’T STAND FOR THIS! -BobWins

Condit: I am actually super allergic to rabbits. They are literally the only thing I am allergic to, and even walking into a room with one makes it nearly impossible for me to breathe, which was really cool when my parents were keeping a pair when I was in college, so every time I would come home there was just that one room in the house where if I walked into it I’d spend the rest of the day wheezing like I’d just climbed Mount Everest at a full sprint while wearing that weighted armor Piccolo has in DBZ. I fear the rabbit. I respect his power.

I know. The pure power here, the pure imposing power… I don’t know if there is anything in the entire list that holds up… Wait hold on…

Okay. Coda is pointing out that I have forgotten the truest, most powerful contender here. The Elitest, of the elite.

The Almighty Nameless one. The Chameleon 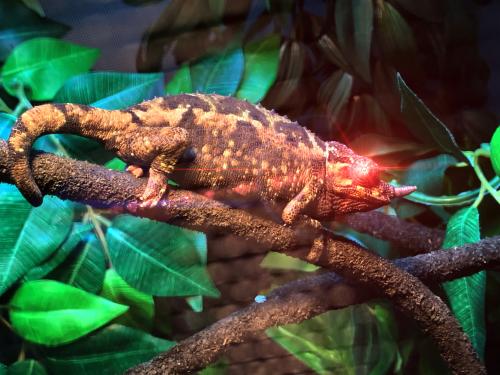 Condit: One of my sister’s friends used to have a giant tank with a chameleon in it and one year when her family went out of town they paid us to take care of it and I walked into the room to feed it and it turned its eye toward me and then opened its mouth and stuck its tongue out. I have no idea what this means.

LOOK AT THESE GUYS!!!! The ownership of dogs and cats is upwards of 70% higher than all of these guys, combined. There are a -ton- of animal alternatives out there to add to your loving home if you don’t feel like the love and attention Dogs and Cats can provide is something you are interested in. Take the time, check out all of the options you have out there, especially if you have a smaller place. These guys love their tanks/environments and you can really make the lives of some living creatures a whole lot better.

Condit: All of these animals are extremely cool and extremely good, and off-meta pets are great if you’re interested in taking care of them. Just make sure to read up and do your research beforehand – some of them have very particular needs depending on the natural habitat they prefer.

Thanks again to our new overlord Coda for letting me take the time to add my thoughts today on these just, majestic and loved life partners.