Halo Infinite: The Foundations of a Franchise 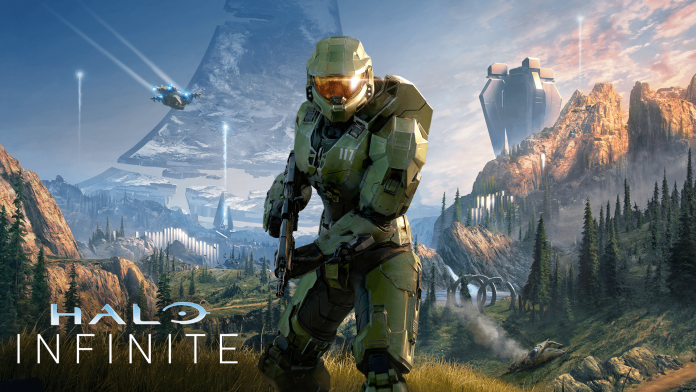 How does one review a greatest hits compilation? You can judge it on sequencing, quality, presentation, but not on originality. Halo Infinite plays like a dream and sounds even better, but it borrows so many ideas from earlier installments that it scarcely possesses an original beat, in either singleplayer or multiplayer. From a gameplay perspective, Infinite comfortably rests atop the pile as the best-playing Halo in 10 years, if not all time. For this reason alone, Halo Infinite justifies its own existence. But the callbacks in both the story and gameplay may prove repetitive to series veterans and confounding to newcomers.

As much as the marketing for Infinite may have touted it as a “spiritual reboot,” this game shapes itself with the emotional aftermath of Halo 4 and the plot consequences of Halo 5: Guardians. Those looking for a clean entry into the series won’t find it here and should probably peruse “Previously on Halo” by Haruspis. Those with familiarity with the storyline of Halo will find themselves confused as well, though for different reasons. Humanity falls from their place of power in the last two games and returns to the scrappy underdog status of the original Halo trilogy in abrupt fashion. That said, the data pads you find do a fantastic job of filling in the lore and the audio team deserves a standing ovation for making them so compelling. 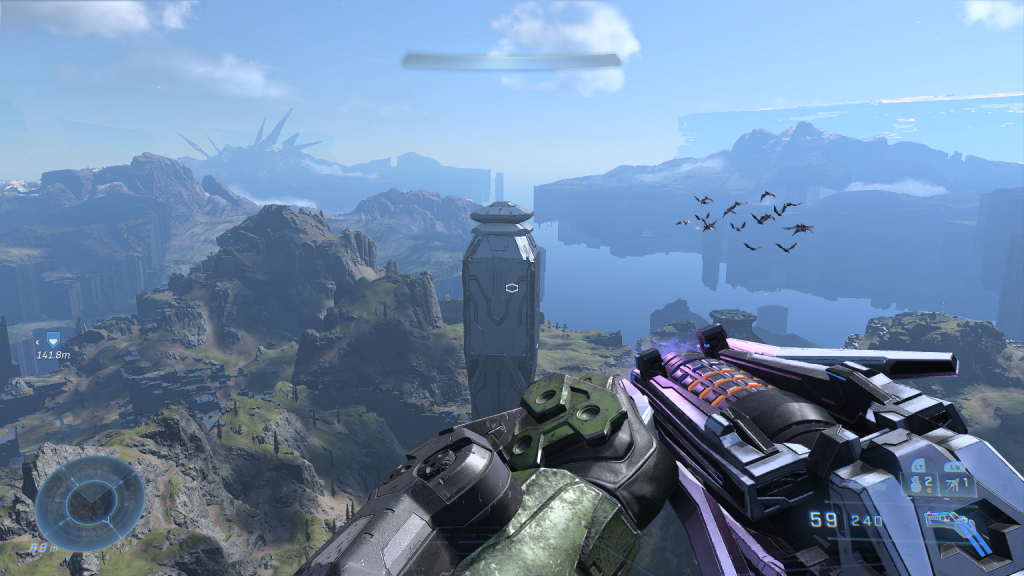 In fact, every aspect of the game’s audio from music to sound effects to the surround sound implementation deserve the highest marks. This game will put your headphones to the test in the best way and I frequently found myself marveling at the immersive nature of the game’s soundscapes. Dialogue comes in crisp and clean, sound effects pop, and the music merges effortlessly with the flow of combat. Not since 2016’s DOOM has a first-person shooter fused sound and music with gameplay this expertly.

The graphics of Halo Infinite may not test your system in the same way as the sound, but I found them more than serviceable. The game looks miles better than the tech demo from 2020 and my Xbox Series X never struggled with anything on the screen. There does exist some pop-in for any time you climb a mountain or use an aerial vehicle, but nothing that felt egregious or took me out of the experience. I only encountered two noticeable glitches during my initial 12-hour playthrough, neither of which impeded my progress and one of which I found hilarious. 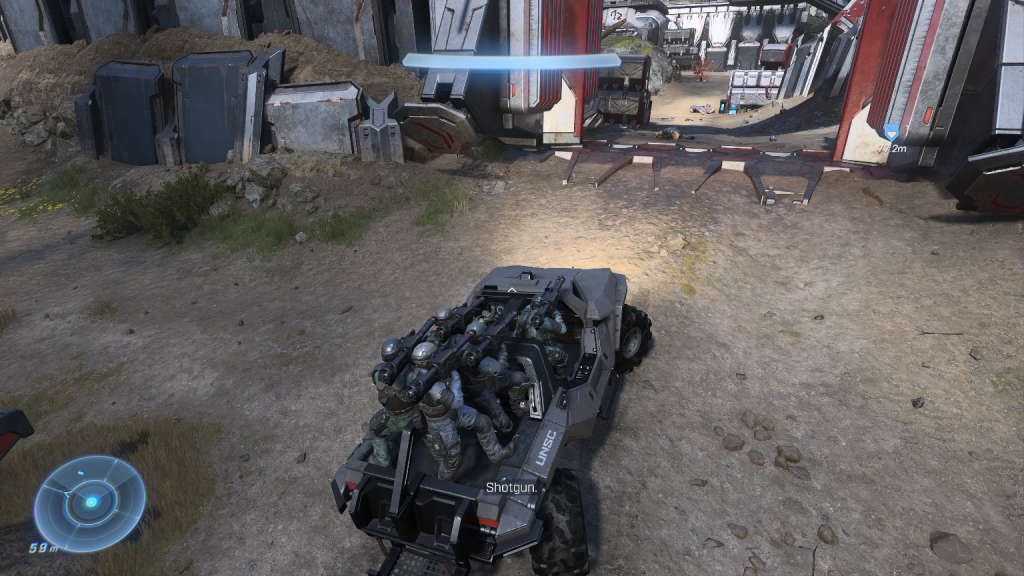 For those wondering if Halo’s classic combat loop mixes well with the open world elements, I would say they mostly do. Certain side missions do get repetitive but the variety of enemy tactics and bosses keep encounters fairly fresh. The sheer freedom offered by the open world approach also puts the onus of variety partially on the player. Tired of bum rushing an enemy base with a battle rifle? Try calling in a tank and rolling through the front gates. Few games can deliver the satisfaction that comes from loading up a squad of Marines into Halo’s signature Warthog and rolling across the alien countryside.

At the end of my time in the single player of Halo Infinite, I got the distinct impression that this merely serves as a prologue, both in gameplay and narrative. Without spoiling anything, the game answers several questions while introducing new ones for future expansions. The gameplay feels incredibly satisfying but does need a bit more variety. While not a perfect experience, the core of Halo Infinite proves rock-solid and if 343 Industries can keep improving along the same path, this game has potential beyond any installment that came before it. 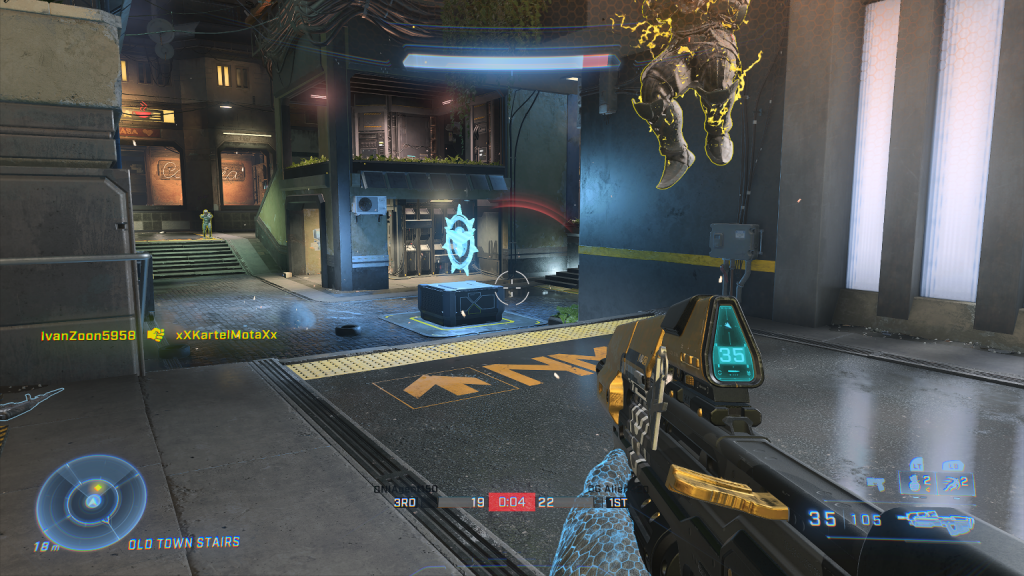 Similarly, the multiplayer mode feels like a collection of all the best gameplay ideas from earlier installments pressed into a single package. Equipment from Halo 3, aiming bloom from Halo: Reach on certain weapons, and the tight controls of Halo 5: Guardians come together for a multiplayer suite that feels just right for the series. But while the gameplay feels like a tightly balanced game of speed chess, everything surrounding it on the multiplayer side feels half-baked at best.

The aspect I appreciate the most about the multiplayer of Halo Infinite is that 343 Industries has increased the time required to kill another player. Halo 4 and Halo 5 made killing enemy players far too quick for my liking, but Halo Infinite almost always gives you several seconds between when the enemy starts shooting at you and when you die. As a result, you can absolutely make decisions that shift the odds in your favor or at least ensure that your enemy dies with you. When an enemy frags you it almost always feels like they outplayed you, rather than simply losing out in a game of reflexes and twitch gunplay. This creates a feedback loop where you can track your own progress by comparing how you acted under pressure across multiple situations, which inspires improvement.

While the gameplay itself feels polished and fair, the game somehow hit launch without any sort of dedicated Slayer playlist. At time of writing, you can only select 4v4 Quick Play, Big Team Battle, and Ranked playlists. This stunning lack of options feels at odds with the game’s own challenge-based progression that often requires playing specific game modes that players cannot yet select for themselves. Why 343 Industries thought they could launch a free multiplayer game with such bare-bones playlist selection (especially when their own Master Chief Collection does playlists perfectly) lies beyond my understanding. 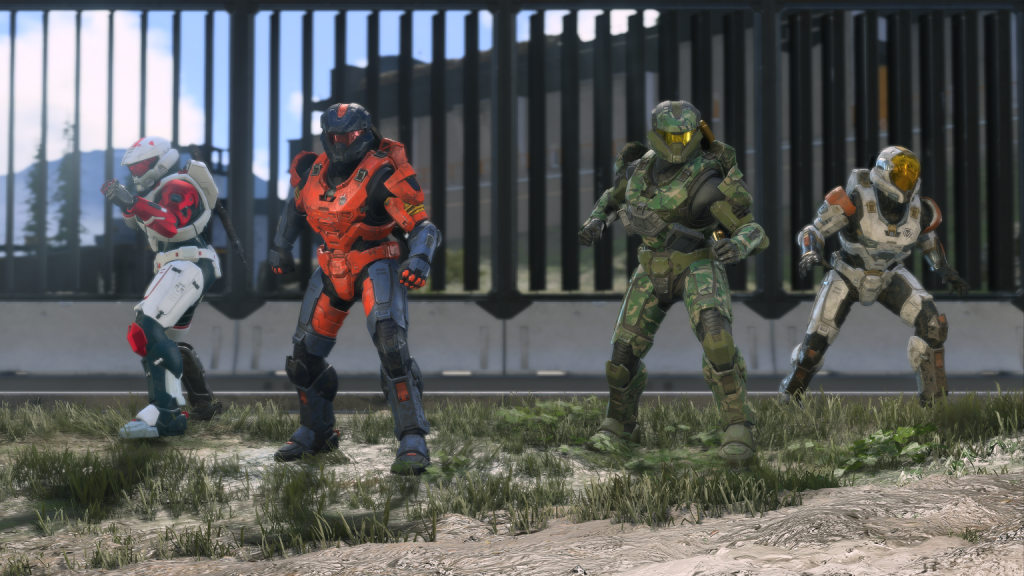 In fact, the number of missing features from this offering merits a mention. Forge, Firefight, cooperative campaign, and persistent ranking across multiplayer are all currently absent from this game. These are all standard features of the Halo series and their absence remains keenly felt, even if 343 Industries promises that all of them are coming in the future. For me, the absence of Forge proves the most distressing. Present in the series since Halo 3, Forge allows the creation of custom maps and wildly extends the life span of each game. Both Bungie and 343 Industries have included fan-made maps into official playlists in previous installments and it provides a tangible link between the community and the developers. With only ten maps out of the box, I fear that player counts will drop as the maps grow stale.

The reaction to the monetization of the game might also lead to a drop in players. Personally though, I take no major issue with the battle pass and store in this game. I realize that puts me in the minority, as many online have lodged their complaints about the price and availability of armors. However, I remember both post-launch DLC map packs and loot boxes, and both of those are worse than the store and battle pass that we currently have. Should 343 Industries lower the prices in the store? Absolutely. But I remember how fragmented the player base got after the Halo: Reach map packs dropped and at least you know what you get in the store/battle pass, unlike loot boxes. I would certainly like currency added to the battle pass and a price cut across the board for items. But if someone wants a different shade of red and they’ll pay for it? Then go crazy.

So, would one prove similarly crazy if they bought this game for the full US $60 that 343 Industries and Microsoft are asking for? I would say that it depends. If you’ve never engaged with Halo’s story, primarily played multiplayer in past titles, and are only tangentially interested in the open world aspect of the game, then I would buy it after a price drop. That said, I would recommend both the free multiplayer and the $10 battle pass to anyone, as Halo Infinite provides a powerful arcade-style experience that you should see for yourself. As for me, I look forward to my continuing adventures on Zeta Halo and what 343 Industries does with this game in the future.