This week’s Hammer of Math takes a look at the impact of the various win percentages in the context of game balance.

We here at Goonhammer are all about data driven analytics, which is why this column was created in the first place. One of my favorite things to do is examine the context of numbers and why they matter. Fans of our Meta Analysis articles are likely familiar with our 40KStats database and the countless mentions of win percentages and inter-faction win rates. But why does this matter? Exactly how much does the impact of a win percentage for a particular faction adjust the game?

To examine this I thought it might be interesting to simulate a large scale tournament. One of my favorite tournament formats is that used in the NOVA Open, which is an 8 round, 256 player, single elimination event. Assuming no drops or oddities, the end result will be one player with a perfect 8-0 record (and another poor sucker with an 0-8 record and hopefully free admission to next year). Using Python and a few database modules, I put together a rough simulation that seeds the field with an evenly distributed number of factions and pits each combatant against each other. A reference matrix is consulted to determine the target probability needed for a win, and a random number is generated and compared to that target to determine which faction advances. Perform 8 rounds and you end up with a single winner. Repeat that process 10,000 times and you have a sample distribution.

The majority of my time for this article was spent coding the core simulation (and making it at least somewhat efficient to run), but I wanted to explore how win rate affected the probability of winning a major tournament. In an ideal world every faction wins 50% of the time against each other, and there are a perfectly even distribution of factions out there. In reality win percentages can vary dramatically (as of this writing Custodes have as high as an 80% win rate against various factions) and players naturally gravitate towards armies that are good. But as a starting point, exactly what happens when an army goes from a 50% to a 55% win rate? For the first analysis we’ll assume there are 20 factions, and each faction is evenly distributed. In other words the advantaged faction makes up 5% of the field, and all of the other factions have a 50% win chance against each other. 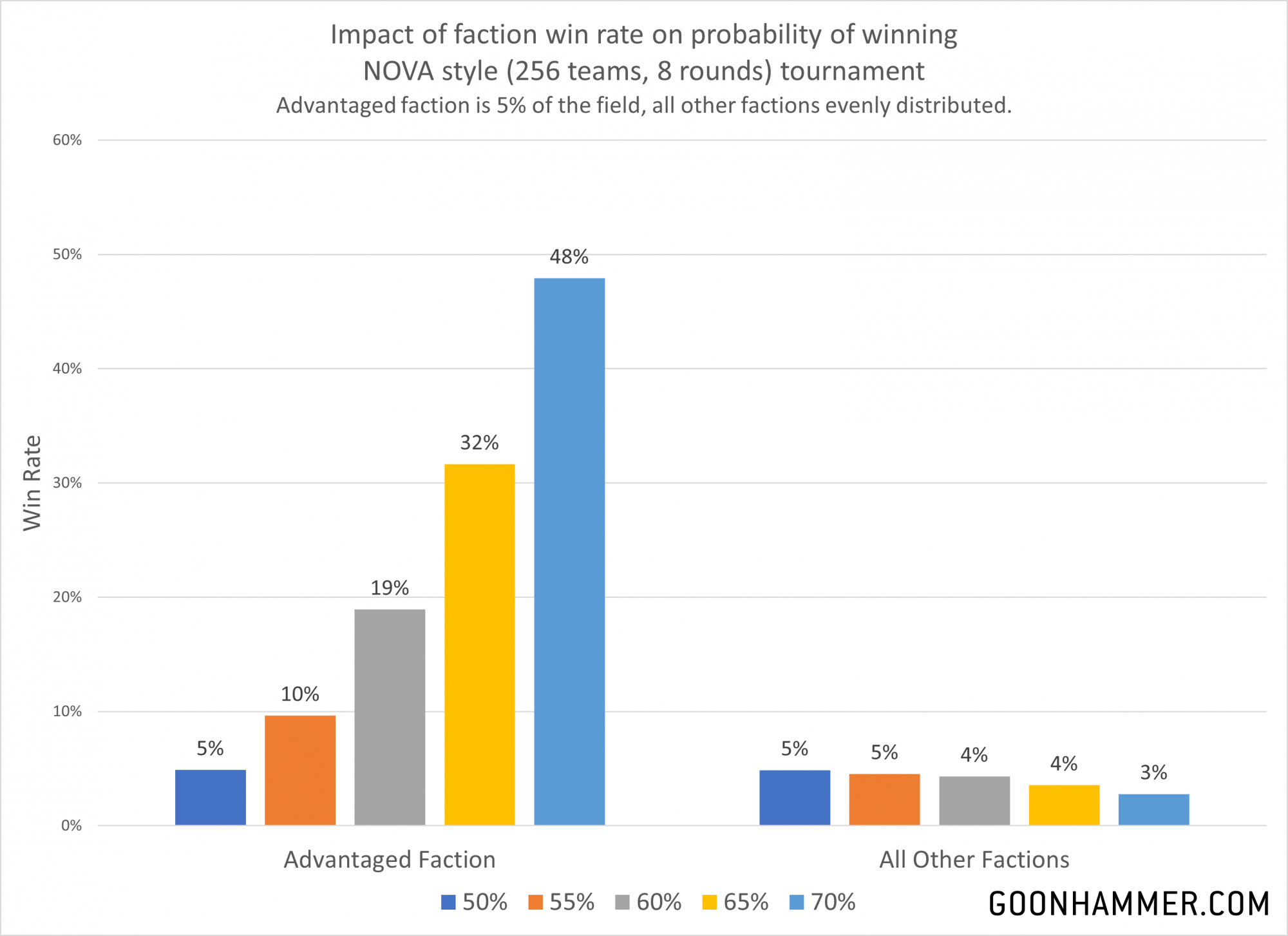 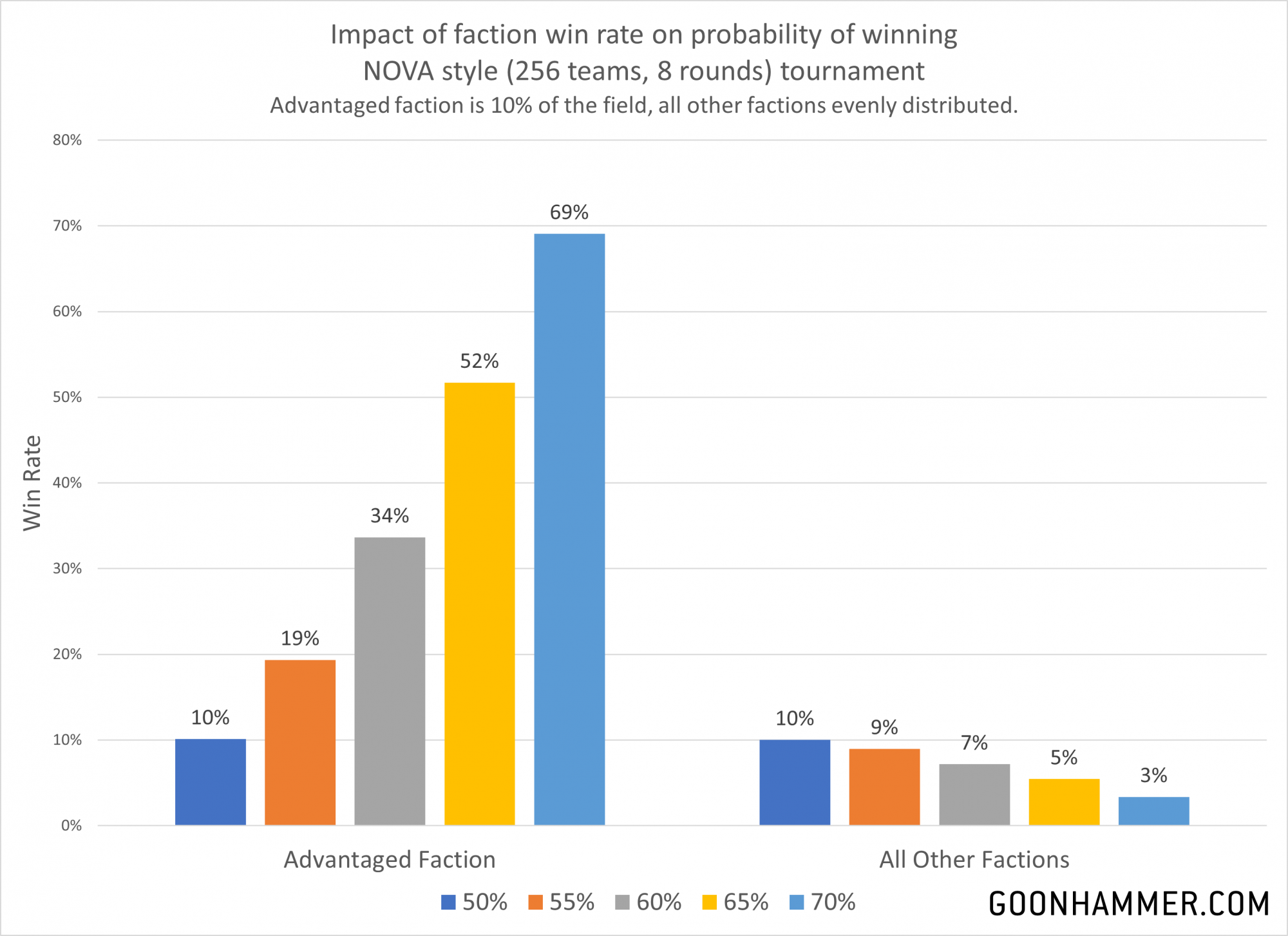 This just scratches the surface of what I hope to do with the simulation. It should be interesting to incorporate real-life faction win rates and see how the distribution of factions affects the potential outcome. The bottom line is that the results emphasize how sensitive parity is to win rates, with even a 5% change producing a significant change to the likelihood of different armies succeeding. GW seems to be aware of this and has recently taken a much more proactive approach when it comes to game balance. This includes aggressively altering points values and even some rules. Unfortunately ensuring perfect balance is a nearly impossible task, but it’s still worth striving for.