This week’s Hammer of Math takes a look at some of the changes to the Necrons from the Kill Team Pariah Nexus box and looks at how their new weapons help them take out other kill teams.

Kill Team is an excellent option for players who might want to dabble in a faction and experiment with painting something a little different. The rules are accessible, the model counts are low, and sometimes you just get sick of painting power armour and want to do something a little different. Necrons are a particularly good palate cleanser. They can be as easy or challenging to paint as you desire, the Indomitus and Pariah boxes make them easily accessible on the secondary market, and the army is a lot of fun to play. In GW’s latest offering for Kill Team, Pariah Nexus (aka “The Only Way To Get Heavy Intercessors”), updates the Necrons in a few key ways that are worth investigating.

One thing that players might be interested in is the viability of the Uncanny Artificers ability for Szarekhan (re-roll one wound and hit per phase) as opposed to Awakened by Murder (re-roll all failed hit rolls on a charge or Heroic Intervention) with Novokh. The short answer is that the efficacy of Szarekhan is entirely a function of how many rolls you intend to make. For forces that don’t use melee, or feature a lot of single shot attacks, Szarekhan will be more appealing. For units that want to get into melee Novokh will be the superior choice. The number of scenarios and permutations make it impossible to provide a mathematical comparison, but the best I can offer is that if you expect to re-roll more than two melee hit rolls per phase then Novokh is likely your best option.

Changes to Flayed Ones

Flayed Ones saw their claws clipped, with the re-roll to wounds changed out for an AP of -1. For Flayed Ones this is a slight nerf, as S4 isn’t exactly threatening a lot of targets and AP works best when it’s large enough to remove the armour save entirely. The numbers below play that out; against a variety of common targets we see that AP -1 just isn’t as effective as re-rolling failed wound rolls, though it’s worth noting that the curves for T4/3+ are identical. Perhaps GW specifically chose that as a balance point? It’s an interesting case of something that’s a clear mathematical nerf but will likely be so negligible that you don’t actually feel the impact in most games and you won’t see it at all going up against regular power armored T4 marines. 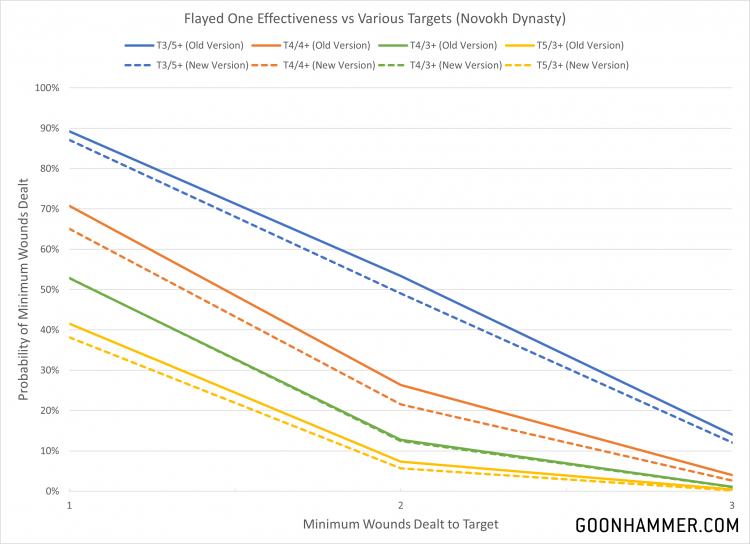 Lychguard got an extra attack, making these elite units even more lethal in close quarters. One option available to players is to decide between a warscythe, which hits hard, or a hyperphase sword and dispersion shield for a 4+ invulnerable save. As you can see below this is a significant decision for the Necron player; a 4+ invulnerable save is nothing to take lightly but the offensive price paid is significant. Note that the injury mechanics of Kill Team mean that the extra damage isn’t wasted; a target has a 50% chance of failing an Injury Roll against a 1D attack, but 75% against a 2D attack. Note that the line for a T5 target is identical to that for a T4. 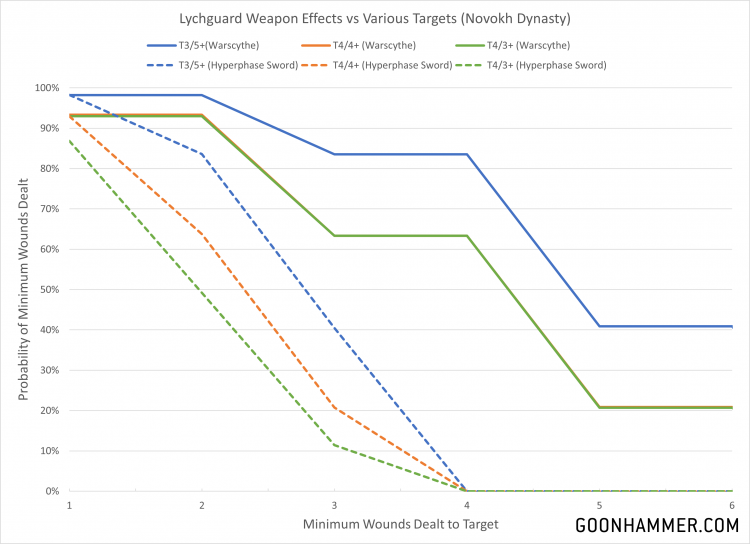 The Triarch Praetorian also received a boost in its Attack characteristic, which when combined with the 10″ Movement makes them a fairly terrifying foe to face. Praetorians have the option of either wielding a rod of covenant or a voidblade and particle caster. At range the rod of covenant is strictly better, with the only reason one might want to use a particle caster instead is if they anticipate being stuck in melee. The voidblade is interesting in that it gives Praetorian an extra attack; is that worth the loss of a point of damage? In general the answer seems to be no, especially when you take into consideration the degradation of the ranged attack. 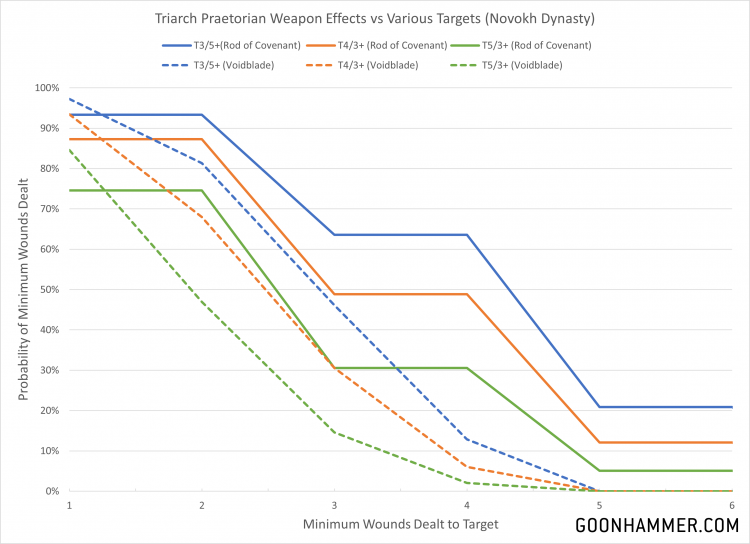 Heavy Intercessors only cost 17 points, and for that you get a lot of resiliency. The high Toughness characteristic, three wounds, and classic Space Marine save combine to form an incredibly tough threat. The poor Flayed One has absolutely no chance of killing a Heavy Intercessor; in fact all five Flayed Ones attacking a single Heavy Intercessor will bring it down only 25% of the time. Games Workshop has historically been pretty terrible about balancing the models in their boxes, but this one is particularly egregious. 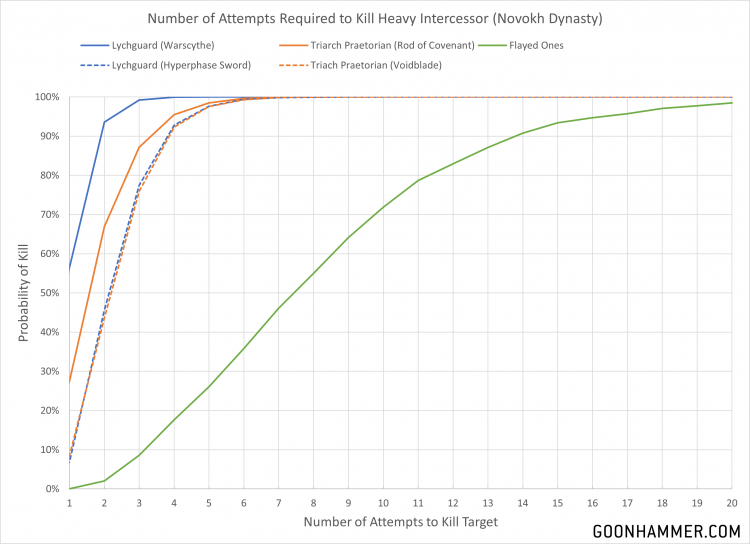 If you have any feedback, feel free to drop a note in the comments below or email us at contact@goonhammer.com. If you have any combinations you think I should look at, or questions that you would like answered in a future article like this one, please submit them here.